When 23-year-old Dawson Broad dove headfirst into a pool on Independence Day, he couldn’t have foreseen the resulting injury that would change his life, leaving him unable to walk with limited mobility in his upper extremities.

Dawson hoped the Center’s state-of-the-art equipment and cutting-edge approach to rehab could help him ambulate and work towards becoming more independent.

Typically, spinal cord injury (SCI) patients participate in acute rehabilitation in the hospital. There, the patient’s baseline ability is defined, and exercises and tools are provided to manage life from that baseline. Once discharged, outpatient therapy works to maintain that standard.

Motion Project helps the injured exceed their established baseline and work on strength, balance, agility and motor skills to become increasingly independent and able to live at an optimal level.

In November, Dawson and the Center staff worked together to set initial goals for him. With a C5 and C6 injury like his, movements small and large once taken for granted take on a new level of difficulty. Each gain is a notable milestone.

Natalie Barnhard, the Motion Project’s founder and president, notes that the Center approaches therapy with a different mindset.

“The difference at Motion Project,” says Barnhard, “is that we get individuals out of their chairs, use activity-based therapy, and offer the most advanced equipment within hundreds of miles.”

She says the Center does more strength training, varies exercise selections, and has new, technologically sophisticated equipment that gives clients the opportunity to move more on their own without worrying about safety.

“We push our clients, like Dawson, to reach their dreams and get back to living fulfilling lives after a traumatic injury.”

The ZeroG, a robotic body weight support system, helps him regain his balance until he’s rehabilitated enough to take advantage of its ability to support gait training.

Parallel bars featuring a VibePlate allow for whole-body vibration, which will ultimately increase his bone density and reduce muscle spasticity while improving his balance, posture and muscle strength and tone.

A futuristic-looking robotic device called The Lokomat provides Dawson with intensive physiological gait rehabilitation, enhancing the kind of neuro-regeneration that reconnects the circuits of the brain and spinal cord. Using an integrative software system, The Lokomat allows the Center’s trainers to tailor exercises to the individual.

“We have seen such progress in his recovery,” says Melissa Conklin, recovery specialist at Motion Project. “Not only can Dawson complete exercises he didn’t think he’d be able to accomplish when he first arrived, but he can also propel a manual wheelchair, which requires incredible strength and muscular endurance for someone with a cervical level injury.”

In just a few months Dawson has developed the trunk strength to sit upright while completing other tasks and improving his balance enough to begin working on transferring from a seated position to the floor. He’s also gained strength in his legs which has allowed him to re-teach his body to regulate its blood pressure, something many new SCI patients must work to regain. He’s also begun to stand with support for long periods of time, a major achievement.

Dawson will return to school shortly to finish his master’s degree in accounting and get back to studying for the CPA exam.

“Motion Project has brought something to the area that is very special,” says Dawson. “Having someone to talk to who understands your injury and who helps you and motivates you through these super hard workouts is so impactful. I don’t know where I’d be or what I’d do if I didn’t have access to Motion Project.”

Dig In, Buffalo! A crispy chicken sandwich that’ll blow up your tastebuds

The crispy chicken sandwich has taken over the universe.

“What makes Russell’s Tree & Shrub Farm different is that they have, or can get, whatever I need. Whether I need 13 or 300 trees, they hav…

At 2 Forks Up, seafood she'll love for Mother's Day

Look no further than 2 Forks Up as the place to be this Mother’s Day for seafood that is sourced unlike any other restaurant in the area. 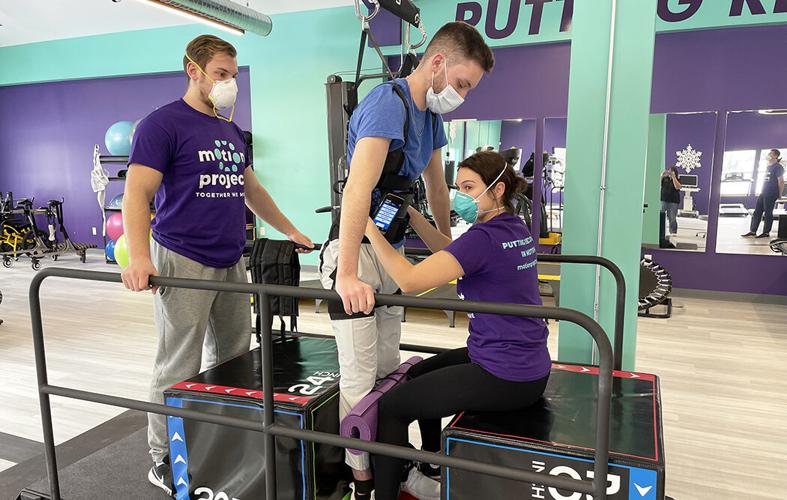 With the help of recovery specialist Melissa Conklin and intern Zachary Langdon, Dawson Broad works out on Motion Project's state-of-the-art equipment, like the ZeroG pictured here. 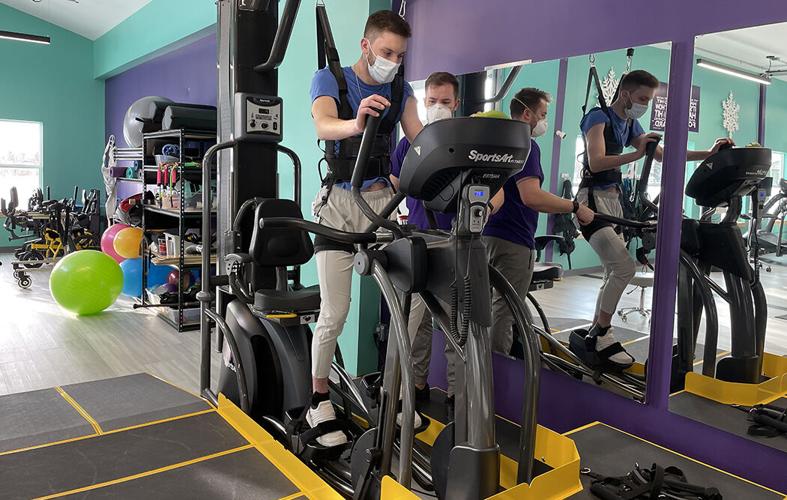