Josh Allen has a new $258 million contract, national endorsement deals, a second-place finish in the MVP award and now, a book focusing on his first three seasons in Buffalo.

“Josh Allen: Built for Buffalo” is a collection of articles, interviews and columns published in The Buffalo News since Allen first arrived on the scene as the team’s first round draft pick in 2018.

From former News reporter Tim Graham’s piece introducing the somewhat unknown Wyoming gunslinger to the Bills Mafia in the spring following the draft, through Allen reflecting on last season’s loss in the AFC Championship game, Built for Buffalo chronicles the highs, the lows and the enormous expectations placed on Allen to return the team to the glory of the Jim Kelly era.

The News is known for its outstanding sports photography, and cover to cover, the book delivers dazzling images. You’ll see Allen take his hits during a rough rookie campaign and you will feel his genuine authenticity as he interacts with fans at training camp and at the stadium – including a beautiful shot with late superfan Pancho Billa.

Above all, you’ll see the passion for the game that Allen oozes from every pore of his body. Whether it is his ill-advised vault over a defender, or his passionate embrace of his teammates in celebration, the award-winning News photographers wonderfully capture Allen loves of the game, in the electrifying photos throughout the book.

What makes Built for Buffalo such a great read is the opportunity it gives fans to slow down and reflect on Allen’s accomplishments through the lens of The Buffalo News sports writers. Three short years removed from the draft it might be easy to forget what a controversial pick Allen was. Jay Skurski’s piece, “Polarizing Prospect” (pg. 26) is a good reminder that Allen was far from a can’t-miss superstar.

One of the book’s highlights comes in the form of a sit-down Allen had with the legendary Vic Carucci following his rookie season. Carucci coaxes a surprising amount of candor out of Allen, including the revelation that growing up he wanted to be (gasp) Tom Brady! It is a rare, against-the-grain moment from a player that as the title aptly asserts, was built for Buffalo.

While the book is a collection of coverage of Allen and the Bills, it somehow reads like a newly unearthed body of work, in part because so much has changed since Allen arrived on the scene. The label as inaccurate passer is gone, as is the playoff drought.

The Bills are now in the national conversation – in a good way – and are favorites to repeat as AFC East Champions. That ascension from league laughingstock to elite franchise is beautifully chronicled throughout the book through the play and perspective of Josh Allen. Collectively that makes “Josh Allen: Built for Buffalo” a fantastic trip down memory lane for a fanbase that has finally found the rightful heir to the legacy of Jim Kelly.

Allen won't be able to dethrone Miami Dolphins great Dan Marino, who threw the most touchdowns in his first four seasons with 142, a whopping 28 more than Patrick Mahomes of Kansas City. 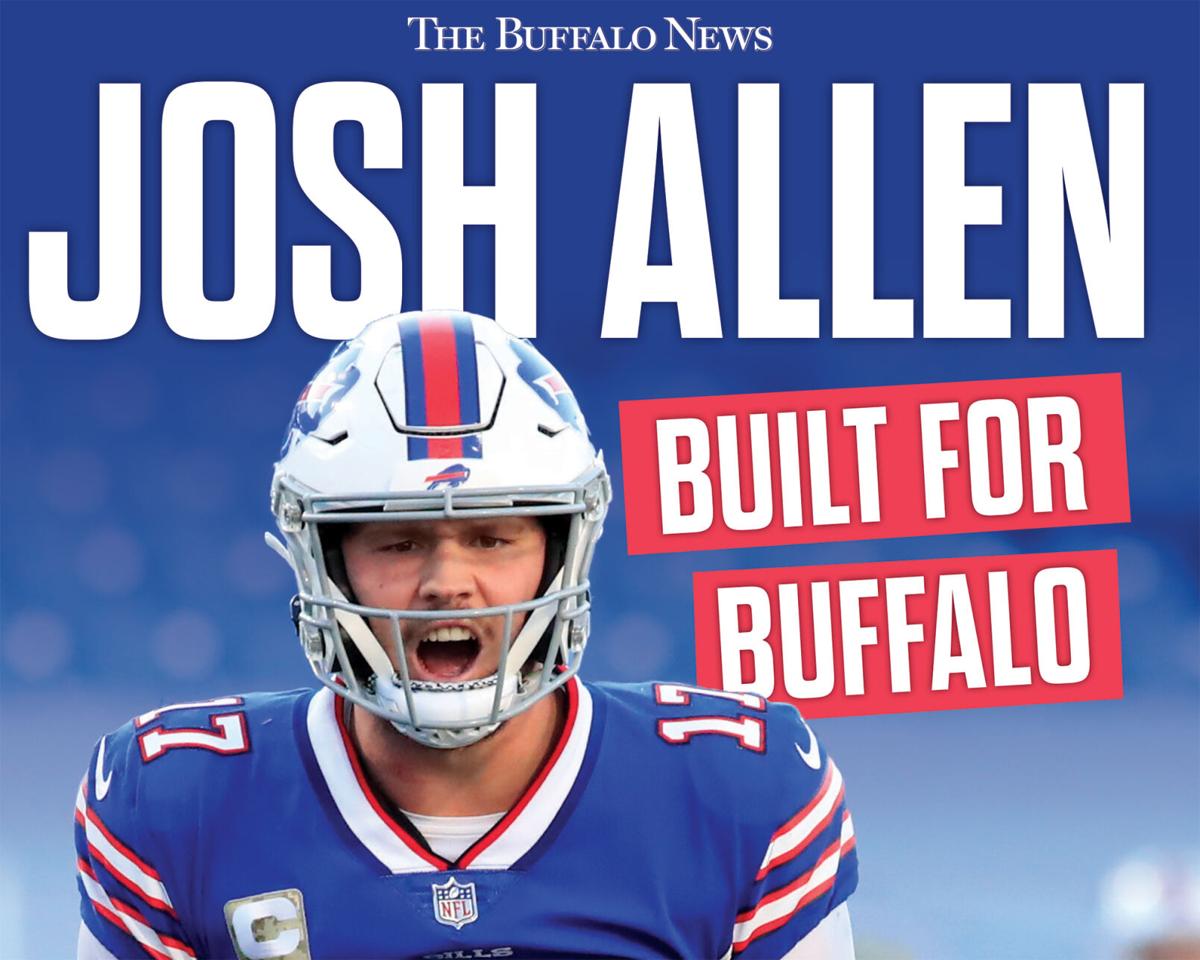 “Josh Allen: Built for Buffalo”, an 128-page collection of articles, interviews and columns, is a available now in The Buffalo News Store. 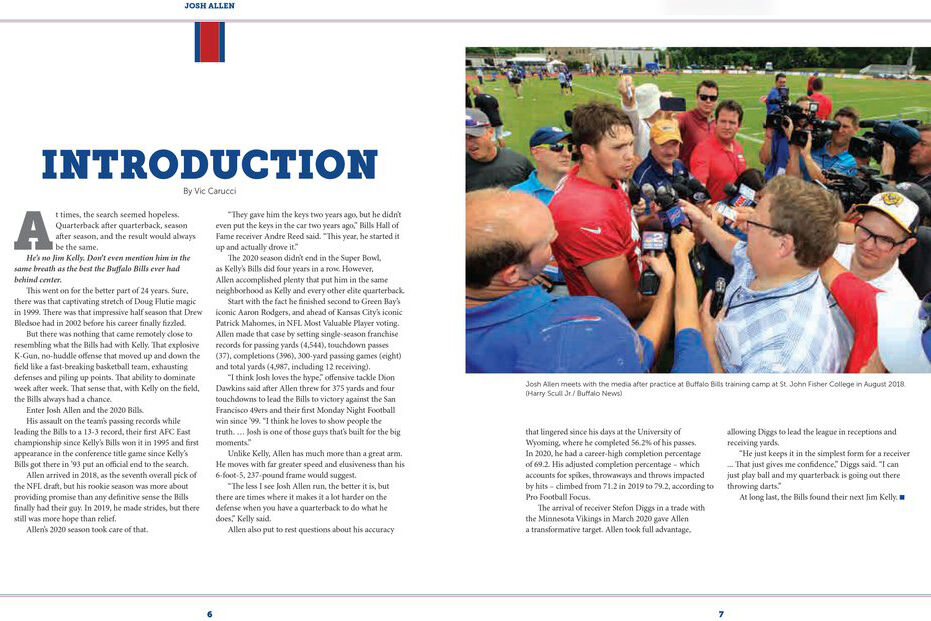