Our snowfall deficit has vanished. You might be hard-pressed to tell, but as of Friday, official Buffalo snowfall for the season was running 2.7 inches below average. With all the expected melting that has occurred, not that much was on the ground by late Monday morning at lower elevations. At high elevations, more of the slushy accumulation has survived.

First came Saturday morning’s snow, minor even on hilltops. Then came Sunday night and Monday morning’s fresh batch of widespread (synoptic) snow, which was a little more impressive, bringing Buffalo’s seasonal total to about half an inch above average.

The cold west-northwest flow will keep some lake-effect going into early Tuesday with reduced coverage. Most of what little falls on the Niagara Frontier will be liquid until late Monday evening, then turning back to light snow showers when temps drop back through the 30s.

On the hilly terrain, some additional accumulation is likely, and this modeled representation is not unreasonable:

After some early snow showers end, Tuesday will bring increasing sunshine by afternoon. Temps will still peak only in the low 40s, but less wind chill will be in the air. Wednesday follows with what will be a short-lived turnaround. A storm system in southern Manitoba will drag a warm front across our region in the morning, accompanied by a few light rain showers. Following frontal passage, a brisk downslope 15-25 mph south-southwest wind will send temperatures into the low to mid-50s in the southern Tier, and closer to 60 on the Niagara Frontier.

Thursday morning, the storm system’s cold front will cross our region accompanied by showers, gusty winds and steady or slowly falling temperatures, in the low 50s and upper 40s. By Friday, a colder west-northwest flow will be reestablished in our region.

Temps will be back in the upper 30s on the hills and low 40s on the Niagara Frontier. Moisture will be limited, so any snow showers should be light and sparse in coverage under a partly sunny sky. Saturday will be mostly sunny with seasonably cool temperatures in the mid-40s.

As for Sunday when the Bills face the visiting Colts, game day will probably peak in the upper 40s to near 50, with a brisk south-southwest breeze ahead of a cold front. A few rain showers will be possible, but no washout is currently indicated.

Behind the cold front, Monday’s temperatures will be back in the low to mid-40s, with a colder air mass approaching from the Northern Plains.

Looking ahead closer to the Thanksgiving holiday at this time range is scientifically risky business, but there are a few early hints worth examining. A reinforcing cold front reaching us later Monday (Nov. 22) will probably produce some snow showers, ushering in colder air. Tuesday's (Nov. 23) high temperatures will only reach the low to mid-30s. This coldest-so-far air mass is also suggested in the Monday evening upper air ensemble mean. The very appearance of the pattern tells part of the story.

During Tuesday, a coastal storm system is showing signs of being too far east to directly impact us. The cold northwest flow well behind this low will bring some scattered, lighter snow showers in our region.

During the biggest travel day, Wednesday (Nov. 24), there are no current signs of any major storm systems impacting the major airport hubs. Of course, this far in advance, that could still change.

Locally, temps should edge back into the low 40s.

As for Thanksgiving Day, the higher uncertainty (due to time frame) guidance suggests another reinforcing shot of cold air with a chance for scattered snow showers in the northwest flow.

On a public health note, we all need to remember Covid-19 transmission is on the rise again in Western New York.

Now that we’re into the cold weather season, more indoor settings with less ventilation increases the risk both of breakthrough contagion for the vaccinated and the far more dangerous threat to the unvaccinated. Masking in public places indoors remains a good and important preventative measure. The Covid crisis is again spiking in much of continental Europe, and may be a warning to the U.S. we’re not out of this pandemic yet.

The situation may worsen in parts of the U.S. in coming weeks and months as cold weather and indoor gatherings increase. Pardon the cliché, but this is no time to let our guard down.

Get the daily forecast and severe weather alerts in your inbox!

Lake-effect snow expected Monday, but weather should warm up for Thanksgiving travel

Lake-effect snow bands are expected to form Monday and the whole area will likely get at least a dusting of snow, with several inches where the bands set up. 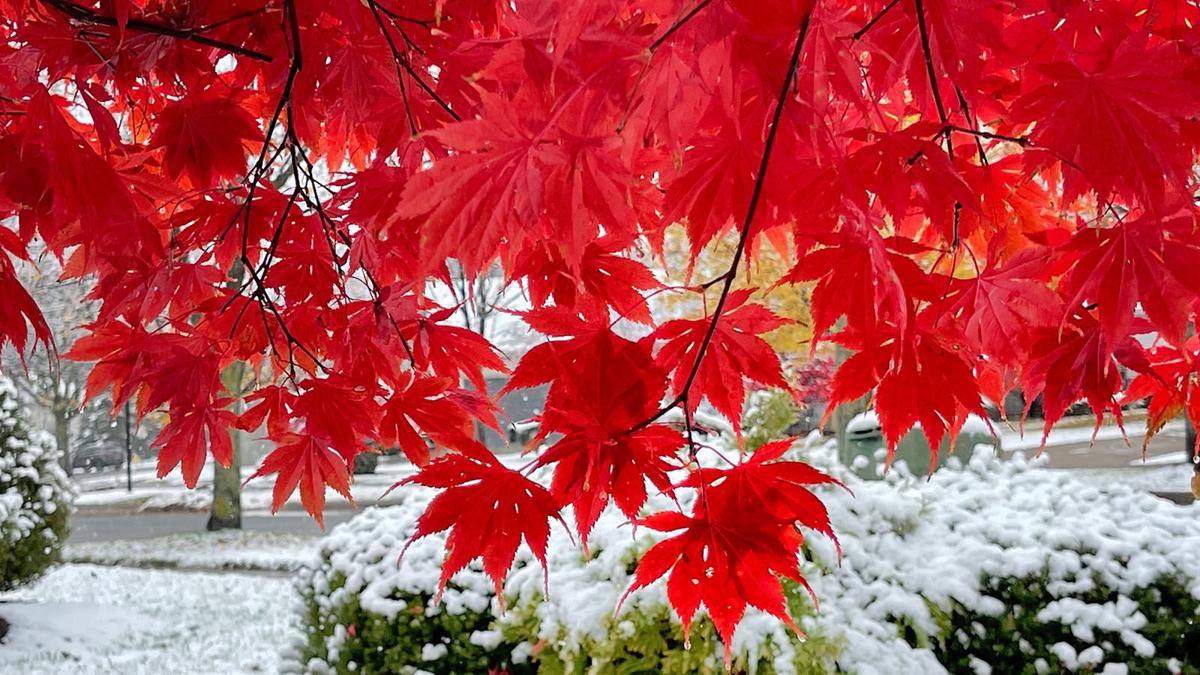 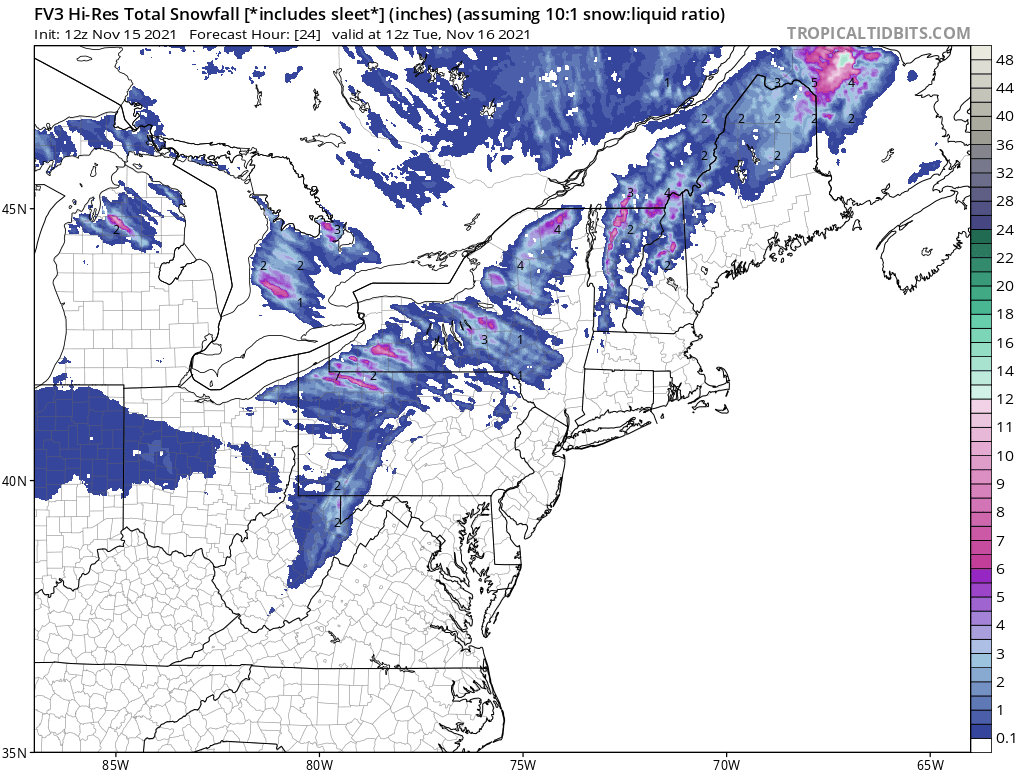