ORLANDO, Fla. — What’s ahead in theme-park world for 2021? We have hopes and dreams but not a ton of answers as the coronavirus pandemic continues to mess with the calendar.

It makes sense for attractions to hover in wait-and-see mode after unstable 2020. But it leaves us with few firm dates and occasions to anticipate. So here’s what we’re wondering while wading into ’21.

Q. How will the under-construction roller coasters roll out?

A. Islands of Adventure’s Jurassic World VelociCoaster is literally the one to watch. Universal Orlando is allowing us to see what they’re up to with this ride in many ways, including recent testing of ride vehicles. We know to expect air time and dino-matronics. Its debut is scheduled for “summer.”

Meanwhile, SeaWorld Orlando’s Ice Breaker stands there silent, looking like it’s ready to go. It has a strong look, and it should be fun to watch from the park’s shortcut bridge. Also appearing to be in neutral gear is its intense sister ride, Iron Gwazi at Busch Gardens Tampa; however, it has a “spring” opening date on the calendar.

At Walt Disney World, work continues on Tron Lightcycle/Power Run, an indoor-outdoor thrill ride at Magic Kingdom, and on Guardians of the Galaxy: Cosmic Rewind, the attraction inside the big sky-blue box at Epcot. At one point, they both had an “in time for the 50th anniversary of Disney World” time frame attached to them. That date is Oct. 1, but it would not be shocking to see either slip into ’22.

Q. Speaking of which, how exactly will Disney World mark its golden year?

A. Even before the pandemic and shutdown, the company had said very little beyond pointing to the new paint job on Cinderella Castle. What are Plans B, C and D? Will it be a short and sweet moment or could it be an old-school, two-year celebration, as at least one expert has thrown out there?

Q. How will the transformation of Epcot continue to evolve?

A. In addition to the Guardians ride, we have seen progress on Remy’s Ratatouille Adventure (plus a nearby creperie) in the France pavilion as well as the space-themed restaurant in Future World. Heavy machinery continues to rumble behind the construction wall where Club Cool and company used to be.

But the latest talk of the park is the gigantic, taco-shaped barge in the World Showcase Lagoon that’s been put in place for “Harmonious,” a planned nighttime spectacular. Can we get chips with that?

Q. What’s the most likely, most imminent, most promising thing coming?

A. It’s the return of (modified) park-hopping between Disney World theme parks, which started Friday. Date-specific park reservations will continue to be required, but after going to that park, annual passholders and folks who paid for the park-hopping option with their day tickets will be able to transfer to a second park after 2 p.m. I’ll take those baby steps.

Q. What else is allegedly on the horizon?

A. January holds additional promise with Planet Play, a new indoor playground that came to Kennedy Space Center Visitor Complex last Friday, the debut of the Taste of Epcot International Festival of the Arts this Friday and the opening of the Museum of Illusions on International Drive on Saturday.

There’s also the addition of the Auto Experience to I-Drive’s Dezerland Park in “early” 2021, and the launch of Brickbeard’s Watersports Stunt Show at Legoland Florida on Feb. 12. Universal’s Volcano Bay, shuttered since early November, is slated to reopen “on or before March 1,” according to the official website, and Blizzard Beach, one of Disney’s water parks, is set to reopen on March 7 after a closure lasting almost a year.

The Taste of Epcot International Flower & Garden Festival is scheduled to be a long chew, from March 3 through July 5.

Icon Park Slingshot and Icon Park Drop Tower, both in the 400-foot-high neighborhood, are scheduled to open on I-Drive sometime this summer.

Q. Is it time to cross our fingers?

A. Perhaps this time next year, we will have been flung toward the sky, turned upside down at high speeds, been shrunken down to the size of a rat, had a cupcake to celebrate WDW’s 50th, inspected classic cars, park hopped and watched fireworks with thousands of our closest theme-park friends. Maybe some attractions and shows will be back in business.

International Travel Just Got More Complicated. Here’s What You Need to Know.

The Centers for Disease Control has announced a new requirement for all air passengers entering the United States. Beginning January 26, all travelers will need a proof of a negative Covid-19 test result in order to arrive in the country. Yes, that includes U.S. citizens returning home from abroad. Travelers have been navigating confusing waters […]

Curacao has reopened the country’s borders to American travelers from every U.S. state and waived the previously required 14-day visitor quarantine, government officials said this week. Curacao had previously limited inbound travel to residents of the New York tri-state area and Florida upon the launch of its phased reopening in October. The Curacao Tourist Board; the Ministry of Public ...

After canceling 2020 vacations, travelers are eager to hit the road, but will it be to Europe — or Michigan?

CHICAGO — Last year, Leyla Royale visited Mexico City and London and went paragliding in the Austrian Alps. This year she’s occasionally left her Andersonville neighborhood to drive around downtown Chicago for a change of scenery. Travel-starved consumers like Royale want to get back to their jet-setting ways in 2021, and the COVID-19 vaccine has some feeling more optimistic. Airlines and tour ...

ORLANDO, Fla. — Young astronauts and aspiring space explorers now have a new forum to discover planets and delve into galaxies at Planet Play, the latest addition to Kennedy Space Center Visitor Complex. Immersion and interactivity are key for the new play area, which is geared toward visitors ages 2-12. “It’s at least 70 percent physical here ... You can climb, you can use digital ...

Visit any national park for free on these dates in 2021

Ask a Points Nerd: Should I Book Award Travel for 2021?

There’s finally light at the end of the … tunnel? Year? Air cabin aisle, indicating an emergency exit? Although the Centers for Disease Control and Prevention, or CDC, and other…

Planning a trip during a pandemic

Planning a trip during a pandemic

Cruise industry on pause until February 2021

Cruise industry on pause until February 2021 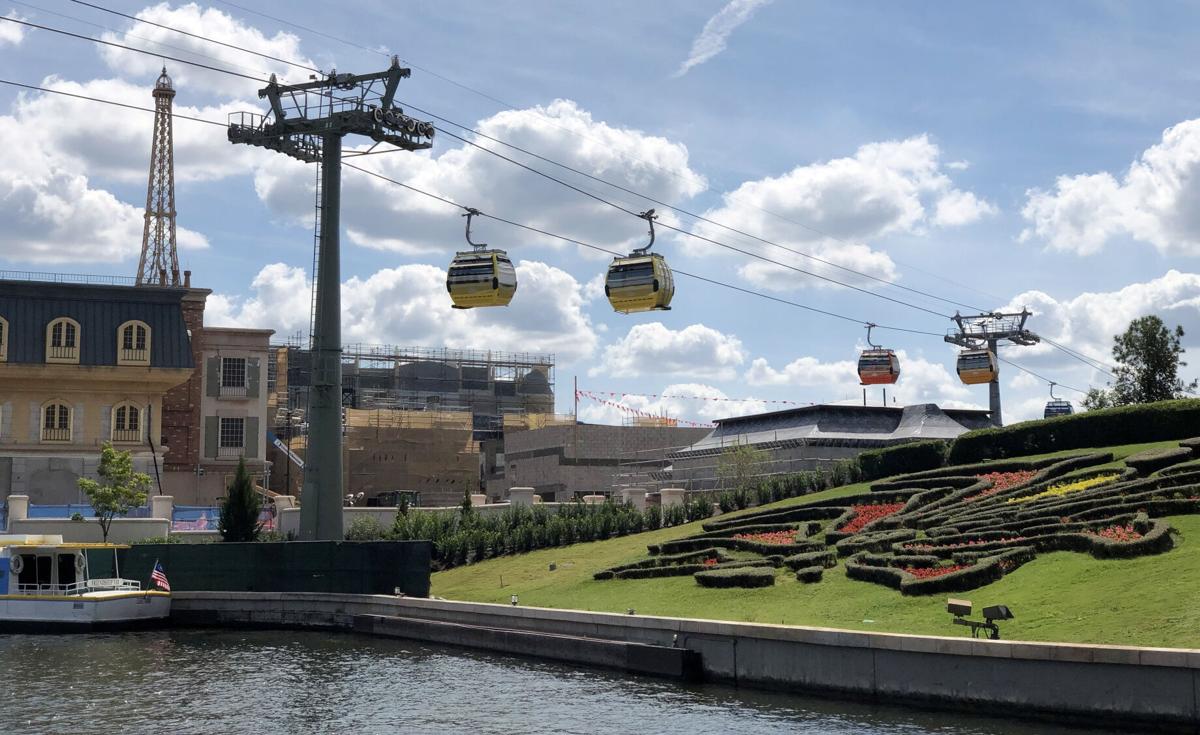 Disney Skyliner could see more passengers after a modified version of park-hopping kicked in on January 1, 2021. (Ricardo Ramirez Buxeda/Orlando Sentinel/TNS) 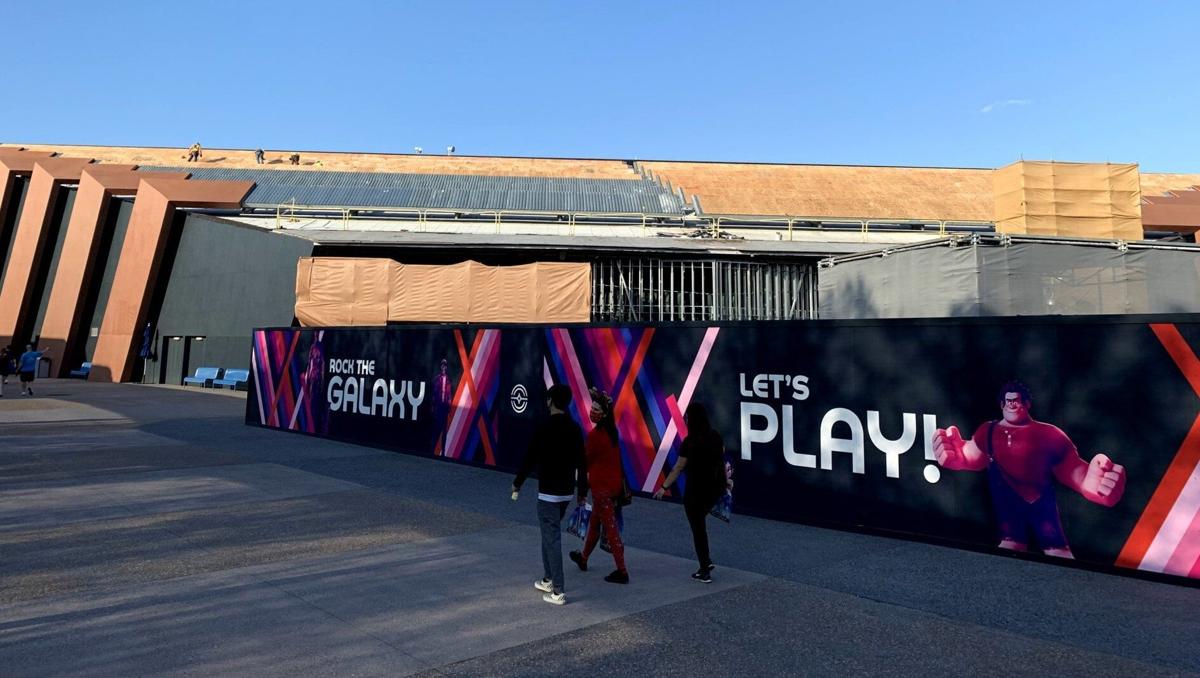 Epcot visitors walk by the construction wall surrounding the former Universe of Energy attraction. The building will be part of the new Guardians of the Galaxy: Cosmic Rewind roller coaster experience. (Dewayne Bevil/Orlando Sentinel/TNS) 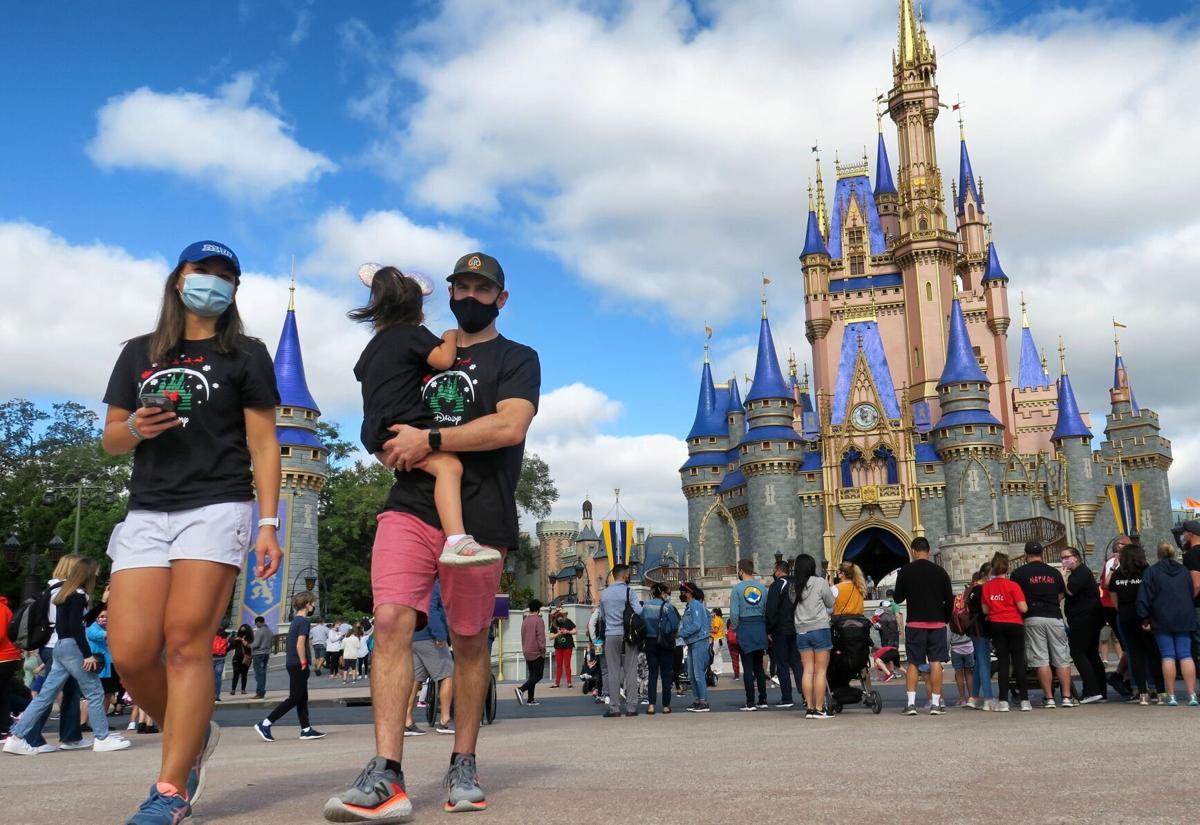 A masked family walks past Cinderella Castle, which was given a new color scheme in 2020. (Joe Burbank/Orlando Sentinel/TNS) 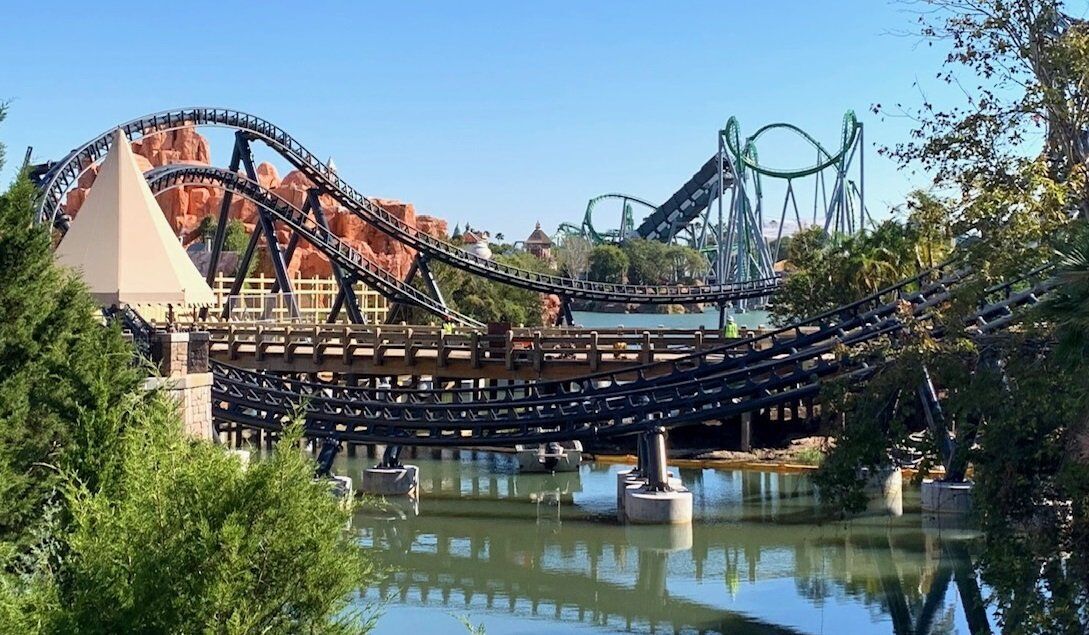 The Jurassic World VelociCoaster is scheduled to open in summer 2021 at Universal's Islands of Adventure. Much of the thrill ride can be seen from elsewhere in the theme park, including the bridge that connects Jurassic Park and Wizarding World of Harry Potter. (Dewayne Bevil/Orlando Sentinel/TNS)