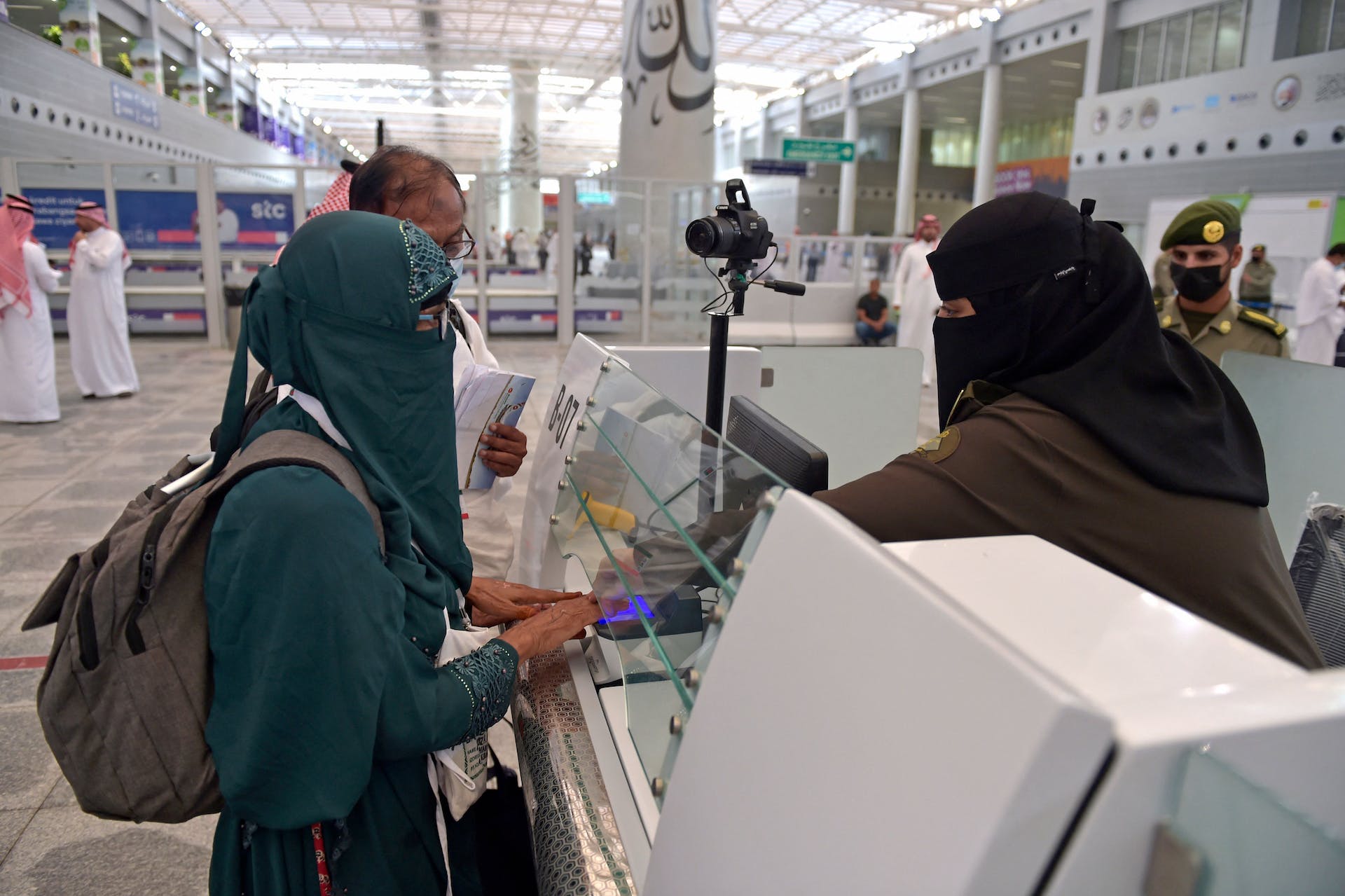 Muslim pilgrims go through passport control in Jeddah, Saudi Arabia, on June 5, 2022, prior to the annual Hajj pilgrimage in the holy city of Mecca. Amer Hilabi/AFP via Getty Images

Salman Rushdie, the celebrated Anglo-Indian writer, once declared that the “most precious book” he possessed was his passport.

Rushdie had already published dozens of works, including novels, short stories, essays and travelogues, to wide acclaim and considerable controversy. But he acknowledged that it was his British passport, doing “its stuff efficiently and unobtrusively,” that enabled him to pursue a literary career on the world stage.

On the other hand, Rushdie viewed the Indian passport he had held as a boy in the 1950s as “a paltry thing.” “Instead of offering the bearer a general open-sesame to anywhere in the world,” he recalled, “it stated in grouchy bureaucratic language that it was only valid for travel to a specified – and distressingly short — list of countries.”

Today, global mobility is on the rise. According to The Passport Index, an interactive ranking tool created by the investment firm Arton Capital, the “World Openness Score” reached an all-time high at the end of 2022. And the score has only continued to increase.

This means that passport holders around the world are receiving permission to travel to more countries without first obtaining a visa than ever before. As pandemic-related travel restrictions waned in 2022, the total number of visa waivers increased 18.5% globally. Nearly every passport on the index, which includes 193 United Nations member countries and six territories, became more powerful, with holders receiving immediate access to 16 additional countries on average.

But there’s still a massive mobility gap between the most and least powerful passports – and it has big implications for where people can travel, reside and work. The United Nations may proclaim that “everyone has the right to leave any country, including one’s own, and to return to one’s country,” but the fact is, not all passports are created equal or treated with equal respect.

In my book “License to Travel: A Cultural History of the Passport,” I explore the evolution of travel documents and how passports have influenced the emotions and imaginings of those who hold them. Writers and artists like Rushdie have played an important role in identifying and contesting disparities in freedom of movement. They have also led the way in envisioning new forms of international openness.

Whether we like it or not, our passports define who we are in the geopolitical order. And unsurprisingly, the world’s wealthy have better prospects.

Firms such as Arton Capital and Henley & Partners, the curators of a competing passport ranking index, have arisen in recent years to assess these prospects. They also advise investors, businesspeople and other affluent individuals on ways to attain a second passport when it is advantageous.

At the top of Arton’s power ranking, holders of a United Arab Emirates passport can travel visa-free or obtain visas on arrival in 181 countries and territories. U.S. passport holders rank a bit lower, with access to 173 countries.

At the bottom of the list is Afghanistan, whose passport holders have direct access to just 39 countries. Holders of Syrian, Iraqi, Somalian and Bangladeshi travel documents fare only slightly better.

Nations sink to the low ranks for many reasons, including struggling economies, large displaced populations and turbulent histories of foreign invasion and civil war. 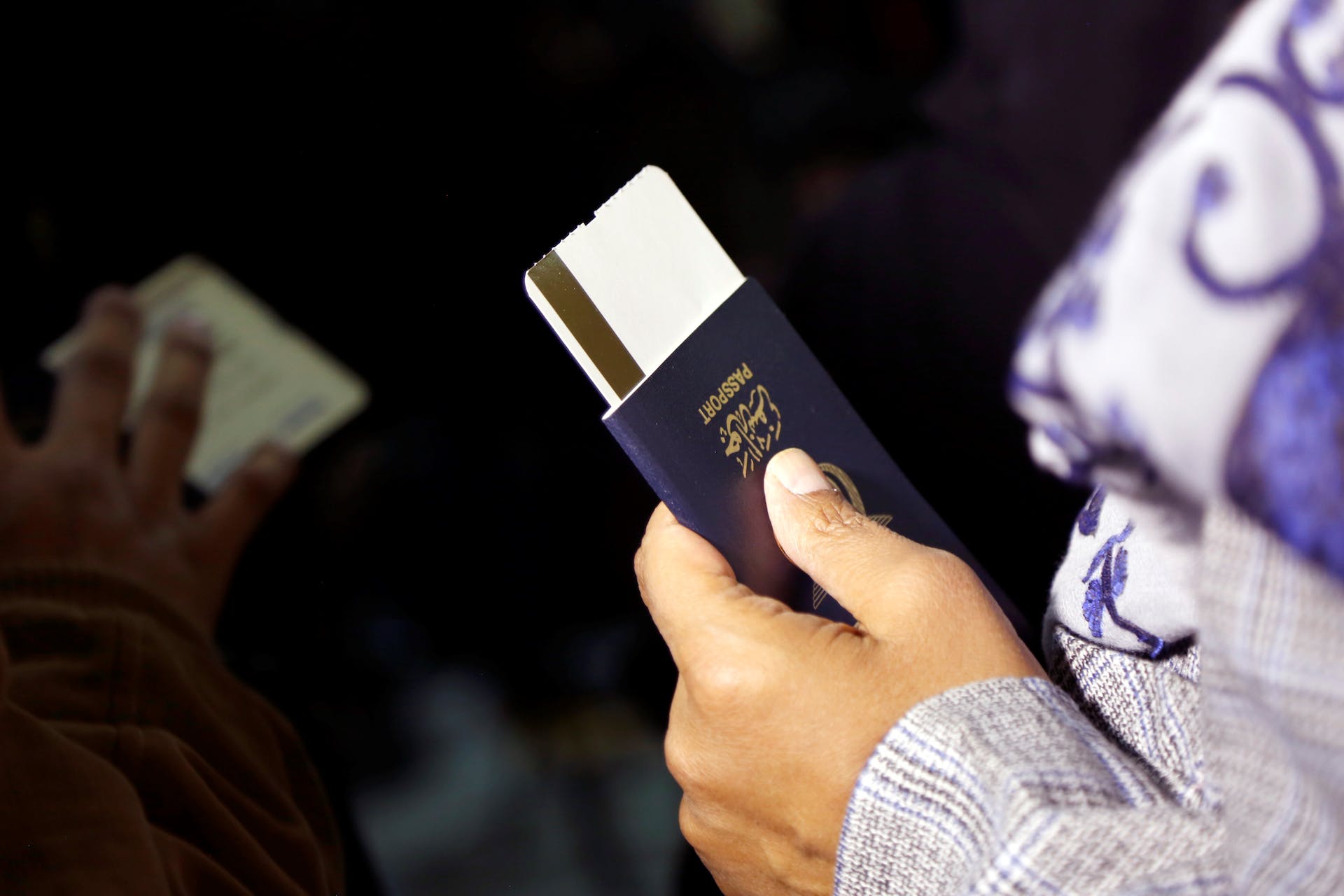 A passenger prepares to board a flight at Sanaa International Airport in Yemen on May 16, 2022. A truce in Yemen’s civil war enabled commercial flights to resume in 2022 for the first time in six years. Mohammed Mohammed/Xinhua via Getty Images

In effect, Arton’s passport index has codified the disparity that Rushdie remarked on. Even today, after the Brexit referendum, a U.K. passport still allows for travel to 173 countries without a prior visa. An Indian passport provides access to just 71.

Envisioning mobility for all

How do we account for the human costs associated with these passport scores and rankings?

Renowned German choreographer Helena Waldmann explored this divide in her 2017 dance work, “Good Passports Bad Passports.” This production stages a series of dramatic encounters between two groups of dancers, sometimes separated by a wall of other performers. It evokes frontier crossings, border patrols, passport checks and other aspects of the global migrant crisis.

Waldmann’s inspiration was the mobility gap. Traveling with dancers and crews from various parts of the world, she has frequently witnessed those with “bad” passports being delayed and subjected to intense questioning. Meanwhile, with her “good” German passport, Waldmann has navigated the customs and immigration process quickly and easily.

“Good Passports Bad Passports” ends with a remarkable gesture of human solidarity. As a spectral voice proclaims, “I believe that one day national borders won’t exist,” the entire cast steps to the front of the stage, interlocks arms and gazes out into the audience.

Famed Chinese artist Ai Weiwei highlighted these issues in his award-winning 2017 documentary, “Human Flow,” which captures the overwhelming scale of the migrant crisis. In a striking scene, filmed in a rain-swept migrant camp on the Greek-Macedonia border, Ai chats with a Syrian refugee. To demonstrate their kinship, the men take out their passports and playfully offer to exchange them on the spot.

It’s a devastating parody of the familiar passport control ritual. Rather than inspecting the document and interrogating the holder, Ai extends a gesture of radical hospitality. He offers, if only symbolically, his own passport, his own citizenship – his own place in the world.

A world without borders or passport controls may be a utopian dream, but that hasn’t stopped other artists from imagining correctives to our current situation.

In 2009, Maltese writer Antoine Cassar published a protest poem titled “Passaport,” printed in a small format and bound in a red cardboard cover mimicking the Maltese passport. Rather than enclosing a photograph, personal data and the legalese of the nation-state, it contains about 250 lines of verse that object to the wounding force of the international passport system and its often brutal forms of exclusion and expulsion.

“Passaport,” as Cassar puts it, envisions “a world without customs and checkpoints, without border police out to snatch away the dawn, without the need for forms, documents, or biometric data. … A world without the need to cross the desert barefoot, nor to float off on a raft, on an itinerary of hope all too quickly struck out by the realities of blackmail and exploitation.”

Opening up the future

In 2022, Arton Capital co-founder Hrant Boghossian commented that “the rise in passport power that we have seen this year brings great cause for optimism.” This is surely true.

“The world has surpassed the benchmark of ‘openness’ set prior to the pandemic,” Boghossian continued, “and there are strong indicators that this upward trend is here to stay.” He finds particular encouragement in the fact that this has happened during a time of increased economic tumult and political tension, as well as lingering concerns regarding homeland security and mass migration.

Indeed, as we emerge from the COVID-19 pandemic and face the devastating effects of climate change, the motivation to leave home in search of work and safety will only continue to grow. But the world still has a long way to go to open itself to the entire global community.

Patrick Bixby does not work for, consult, own shares in or receive funding from any company or organization that would benefit from this article, and has disclosed no relevant affiliations beyond their academic appointment.

How online booking has changed the travel agent landscape

The rebound will continue

Not everyone is ready to roam

Study looks at when dogs should start receiving cancer screenings

Study looks at when dogs should start receiving cancer screenings

Break these eating habits to take good care of your heart

Break these eating habits to take good care of your heart

Free hotel breakfasts are getting bigger and better

While some travelers cringe at the thought of greasy sausages and bland eggs served at the free hotel breakfast buffet, others say free breakf…

Why your dream European vacation is already booked solid

The bounceback of international travel in the post-pandemic landscape shows little signs of slowing.

How You Can Tackle Super Bowl Travel Prices

The Super Bowl is coming, and fans from Philadelphia, Kansas City and elsewhere are pouring into Phoenix to catch the game and its related spe…

If you're planning a trip to Europe this year, you're not alone: Industry mavens are projecting a big year for transatlantic travel. For the m…

Avoiding peak travel season is one of the best ways to save money on your next vacation. But not all shoulder seasons are created equal. Here’…