Subscribe for $1
Read Today's E-Edition
Share This
Top Seedz year in review: What has the 43North champion been up to and what's in store for future?
0 Comments
Share this
Support this work for $1 a month

Top Seedz year in review: What has the 43North champion been up to and what's in store for the future?

Rebecca Brady's healthy crackers and seeds company, Top Seedz, has had quite the year since the business won $1 million from the Buffalo 43North startup contest in 2021.

The Buffalo-born company's crackers and roasted seeds are now in 600 grocery stores across the country, including some major chains like Wegmans, Whole Foods, Tops Friendly Markets, Erewhon and Giant. Top Seedz's online sales have doubled and Brady was able to work with Home Goods and United Airlines to get her products out to more new customers.

But as she reflected on the past year, Brady thinks Top Seedz's two biggest accomplishments were finalizing the location for a new production facility and growing her team.

Brady believes her business still would have accomplished these things if she hadn't won $1 million from 43North. But the victory helped speed things up and also gave her a critical confidence boost.

"Having $1 million as a backing and 43North behind me just gave us this great burst of confidence," she said.

Next year, Top Seedz will move from its current manufacturing space on Cayuga Road in Cheektowaga to a 35,000-square-foot facility on Oak Street in downtown Buffalo.

Top Seedz crackers are made almost entirely by hand by Brady's staff of refugee workers. The new facility will give Top Seedz the space to begin automating some of the labor-intensive processes that go into making the crackers.

Top Seedz will be able to make 6 million boxes of crackers per year in the new facility, six times current the annual output, Brady said.

Brady's goal is to move into the new facility in March, but there's still a lot of work to be done, she said.

The company has to renovate the facility to fit its needs and order the new equipment.

Once they move into the downtown space, Top Seedz will gradually shift toward automation as employees are retrained to work the machines. Brady also anticipates hiring technicians and engineers to run the equipment.

In October 2021, Top Seedz had around 20 employees, the majority of whom were the refugee women who make the crackers.

A little over a year later, Top Seedz has more than 30 employees.

A big focus for Brady this year has been expanding the business side of the team. She hired seven employees from Western New York to specialize in human resources and finance, food safety and quality, supply chain, warehousing, production management, operations and marketing.

And Top Seedz will keep hiring to hit its goal of 48 employees in order to benefit from a $315,000 tax credit from the state.

Brady said she is very happy with the team she's built. They handle the day-to-day operations of running the company, freeing Brady up to "work on the business, not in the business" and plan for the future, she said.

What does the future hold for Top Seedz?

Moving into the new facility and figuring out the best ways to automate Top Seedz's production processes are the biggest focuses for 2023, Brady said.

She wants to continue doubling the company's growth each year. One of Brady's next major goals is to expand Top Seedz into Canada. She's currently working with a consultant to pave the way to make that happen.

Brady is also experimenting with new seasonal products. Top Seedz came out with pumpkin spice roasted seeds this year that were a big hit. One of the most frequent requests from customers is for a spicy seed, which Brady thinks could make for a good Valentine's Day product.

Organizers of Buffalo Startup Week decided to cancel programming planned for Thursday and Friday last week due to the lake-effect snowstorm that walloped the area.

But organizers announced on social media that they plan to reschedule the events missed – which included nearly a dozen different panel discussions and an expo of Western New York resources for entrepreneurs – in early 2023.

Bank on Buffalo is launching a mobile branch to bring banking services to areas without traditional bank offices.

Thousands of local Teamsters retirees will have their pension benefits restored, and will be compensated for past payment reductions, with help from the federal government.

New York handed out the first licenses to open stores for legal cannabis sales – but none in Western New York.

Parking lot entrepreneurs in Orchard Park didn't cash in with the Bills in Detroit on Sunday.

M&T Bank is kicking off its annual Gift of Warmth campaign.

Oishei Children's Hospital's new president is the first physician to lead the facility.

2. When Covid hit, it shut down professional sports. It also essentially shut down Delaware North's sports concessions business: No fans meant no one to buy hot dogs and beer. Now, fans are back, and Delaware North's Sportservice business is back, too.

3. 'We've had high caseloads nonstop': There is a critical need for mental health and addiction workers in Western New York, as told by two longtime employees in Warsaw.

Sheahan, a 30-year-old forward, was placed on unconditional waivers by the Sabres on Sunday with the intent to terminate his contract.

How we see it: News writers offer predictions for Bills vs. Patriots

The Buffalo News' Buffalo Bills reporters weigh in with their predictions for the Bills' Week 13 tilt with the New England Patriots.

“If they needed me to play today, I’ll be ready to play,” Brown said. “It doesn’t take long for me to pick up everything to get my mind right. Whatever this team needs me to do, I’m here to do it.” 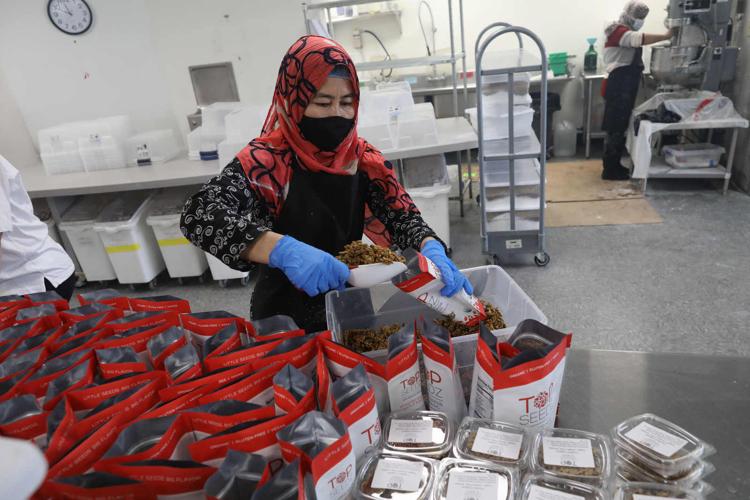 A worker packages and weighs bags of seeds inside the Top Seedz production facility in Cheektowaga. 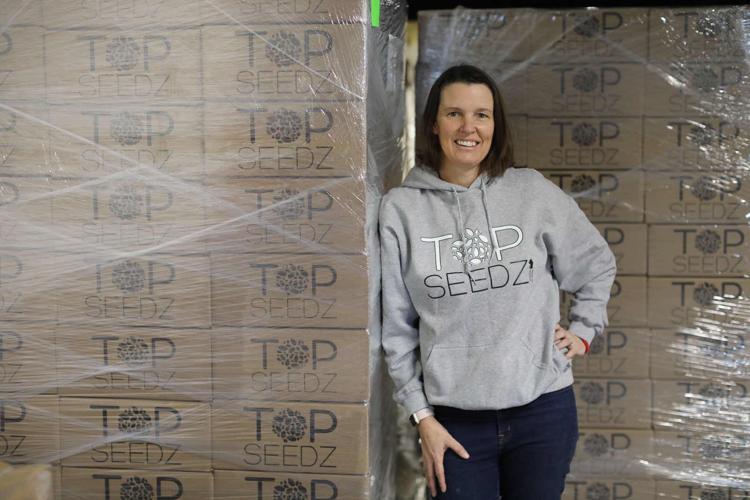 Rebecca Brady, the founder of Top Seedz, stands near  pallets of her organic crackers and seeds ready for shipment at the Top Seedz production facility in Cheektowaga on Jan. 26, 2022. 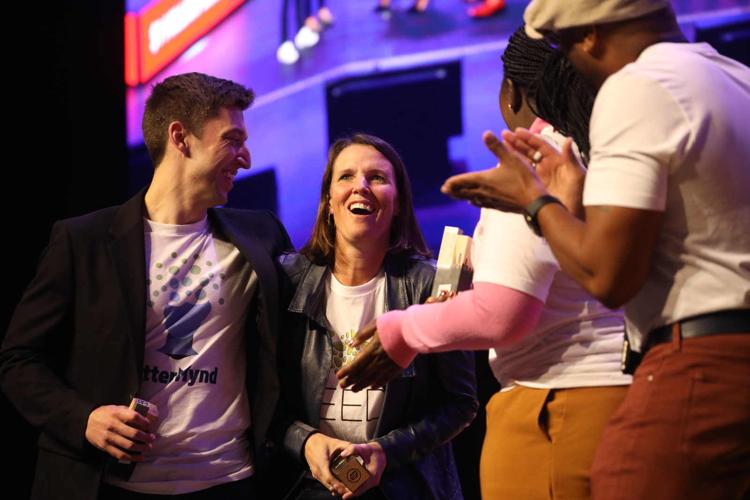 Rebecca Brady of Top Seedz reacts as she is named the winner of the $1 million prize during the 43North business plan competition finals at Shea's Performing Arts Center on Oct. 28, 2021.