Think of this month as a harmonic convergence of Buffalo pro sports history – connecting October 2020 with October 1970 and October 1920:

And that follows September, when it was 50 years since the Buffalo Bills played their first game as an NFL team, and 60 since their first as an AFL team.

That’s because Horrigan is the NFL’s unofficial historian and a leading expert on the era surrounding the league’s founding, in 1920, in Canton, Ohio, where he retired last year as executive director of the Pro Football Hall of Fame. He is the author of “NFL Century: The One-Hundred-Year Rise of America’s Greatest Sports League.”

All-Americans halfback Bodie Weldon scored the first touchdown in Buffalo NFL history. The All-Americans played most of their home games in 1920 and 1921 at what NFL records refer to as “Canisius Villa.” They amassed a record of 16-1-2 there. (Today that patch of earth is home to the college’s grassy quadrangle behind Old Main, its signature building.) West Buffalo was a semipro team; the All-Americans would also play nonleague games at the Villa on Oct. 10 (51-0 win against Dooley’s All-Buffalos), Oct. 17 (28-7 win against the McKeesport, Pa., Olympics) and Oct. 24 (38-0 win against the Toledo Maroons).

This was the first NFL game in Buffalo between two NFL teams (or two teams from the American Professional Football Association, as the NFL was called in its first two seasons). So Horrigan figures this is the date to celebrate as Buffalo’s first true NFL game. And it came with plenty of pregame drama. Here is the lead paragraph of a story published in the Courier on the day before the game: “The Rochester Jeffersons sprung their promised bombshell surprise yesterday afternoon and the Buffalo Pros met it with one of their own.”

The Jeffersons signed former Army fullback Elmer Oliphant, and the All-Americans countered by signing former Michigan fullback Pat Smith. The Courier’s game account said Oliphant was “like a catapult and several times it took three or four Buffalo men to stop him.” (The All-Americans would sign Oliphant by the next season.) Weldon carried three Rochester defenders into the end zone for the game’s first score, so give him credit for the first TD in Buffalo NFL history, no matter which date you prefer as its first real NFL game.

The first points in Buffalo’s AFL history were scored by Darrell Harper on a 35-yard field goal. The Bills led 3-0 after one quarter – and gave up the game’s next 27 points. Their first touchdown would not come until the following week, when Wray Carlton scored on a one-yard plunge in the home opener at War Memorial Stadium, where the Bills lost 27-21 to the Denver Broncos.

The NFL-AFL merger was now complete, so this was the Bills’ first game as an NFL team. O.J. Simpson scored Buffalo’s first NFL TD on a two-yard run, but the Bills would lose to the Broncos, who were coached by Lou Saban, the once and future coach of the Bills.

Jim Watson scored the first goal in Sabres history and, fittingly, Gil Perreault potted the game winner. Larry Felser covered the game for The Buffalo Evening News and reported that at one point roughly 1,500 Sabres fans drowned out the home crowd with chants of “Let’s Go, Buffalo!”

Dick Garrett scored the first basket in Braves’ history. Don May led them with 24 points. John Hummer, the team’s No. 1 draft choice, out of Princeton, sputtered. General manager Eddie Donovan had picked him as the second coming of Princeton’s Bill Bradley, leaving Niagara’s Calvin Murphy for the San Diego Rockets in the second round. (Guess which one ended up in the Naismith Memorial Basketball Hall of Fame.)

“I was really big into the Braves,” Horrigan says. “They never got a fair shot.”

He remembers all the excitement around town when the Sabres and Braves were born in the same week, just three weeks after the Bills had emerged as a full-fledged NFL team.

“It meant we were a big-league city,” Horrigan says. “And we still are.”

“I think about how different my life would have been if I didn’t meet Dale Tepas,” Wojnarowski says. " ... Almost everything good that has come in my life, whether personally or professionally, has been because of St. Bonaventure."

When the Bambino came to Buffalo, the crowds – and controversy – followed

Babe Ruth was the most famous sportsman in America when he arrived at Buffalo’s Exchange Street train station 100 years ago today. 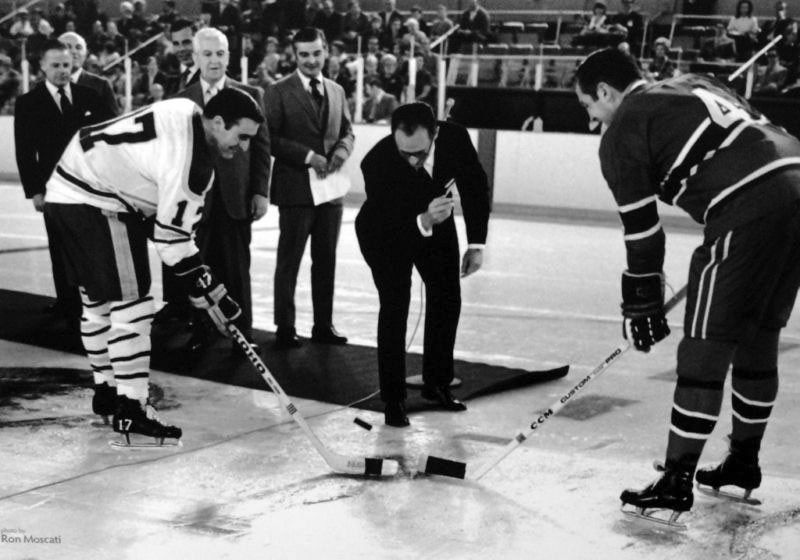 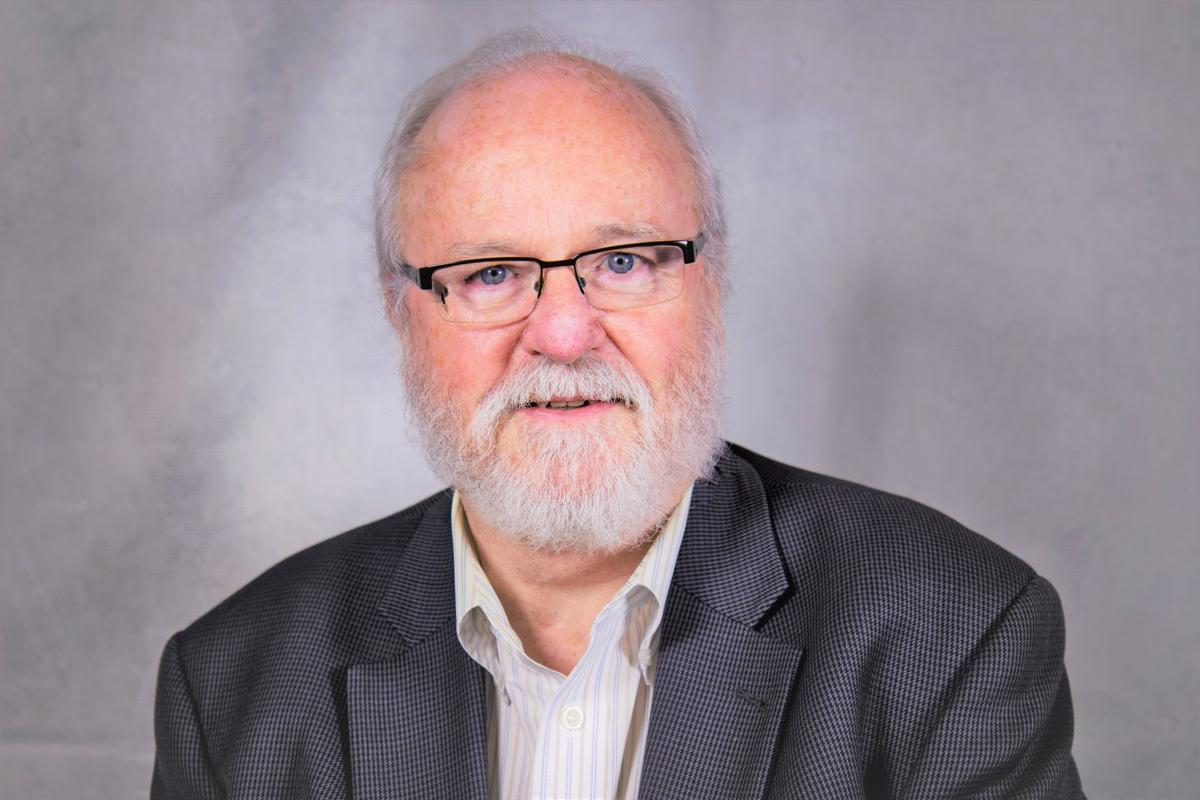 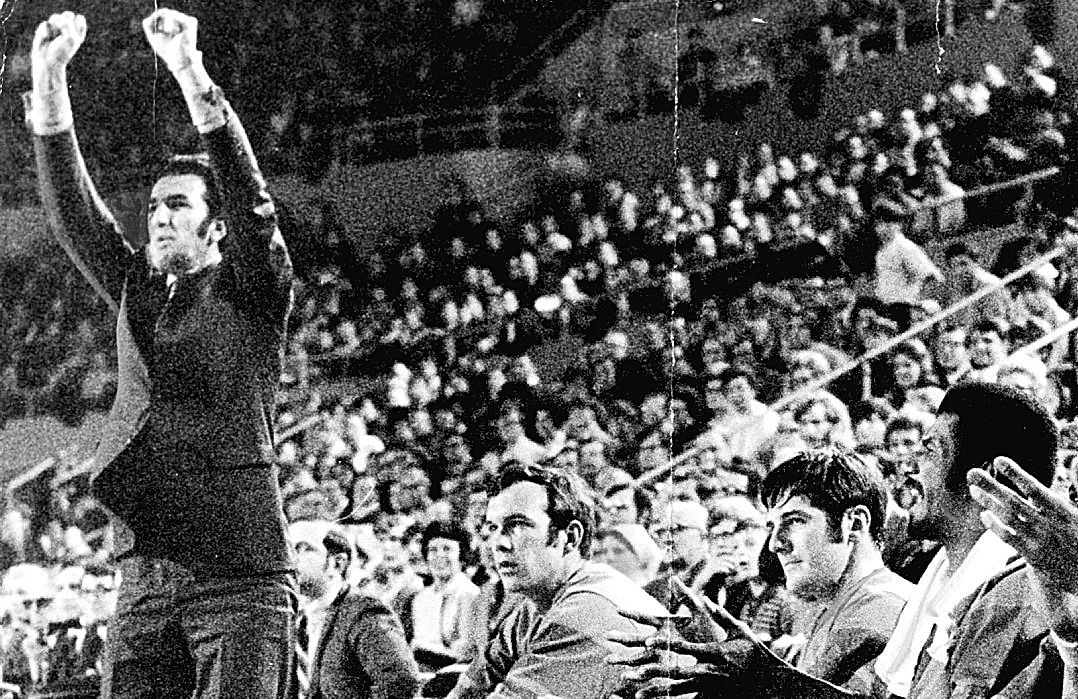 Buffalo Braves coach Dolph Schayes signs to the Braves during a game against the New York Knicks on December 4, 1970. 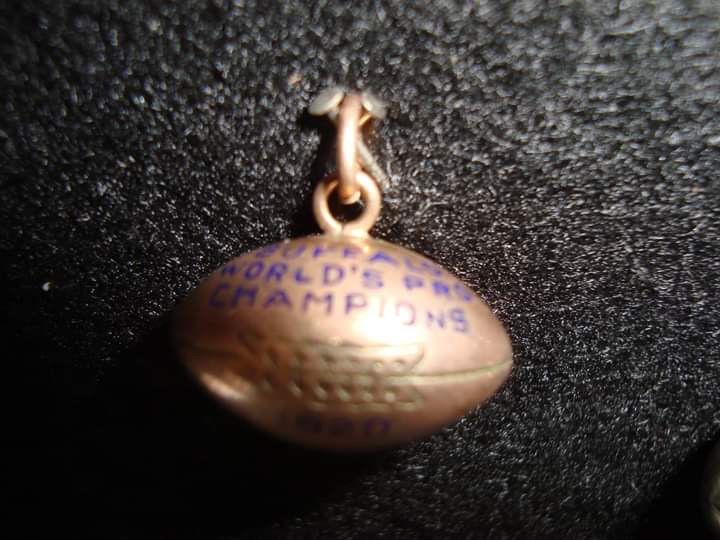 The gold football charm given to each of the Buffalo All-Americans after the 1920 season, the first year of what is now the NFL.