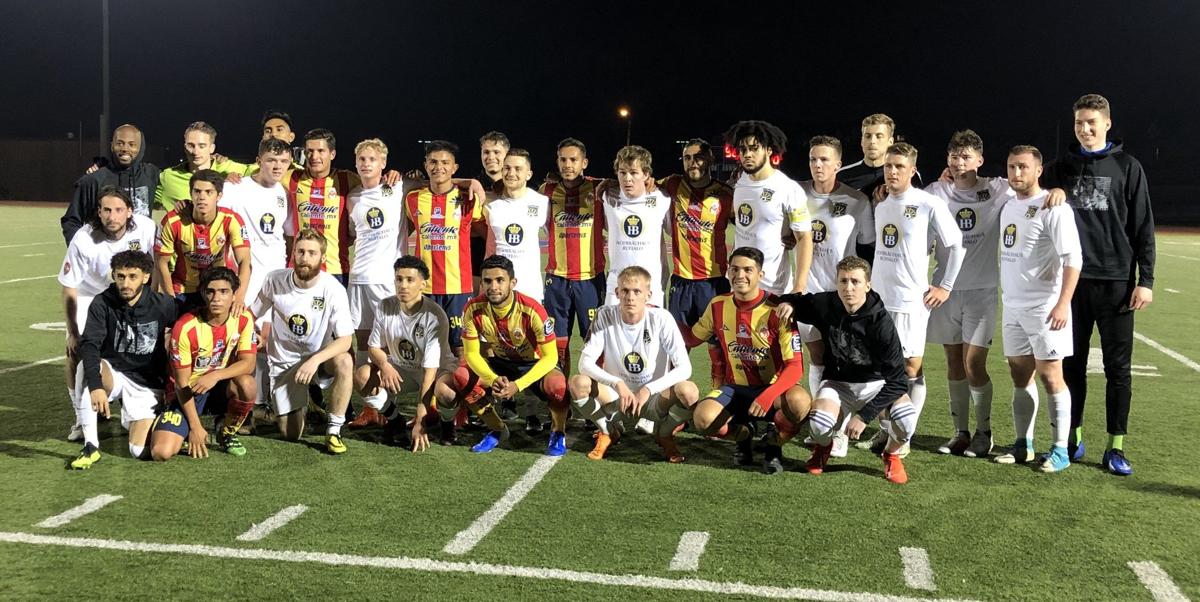 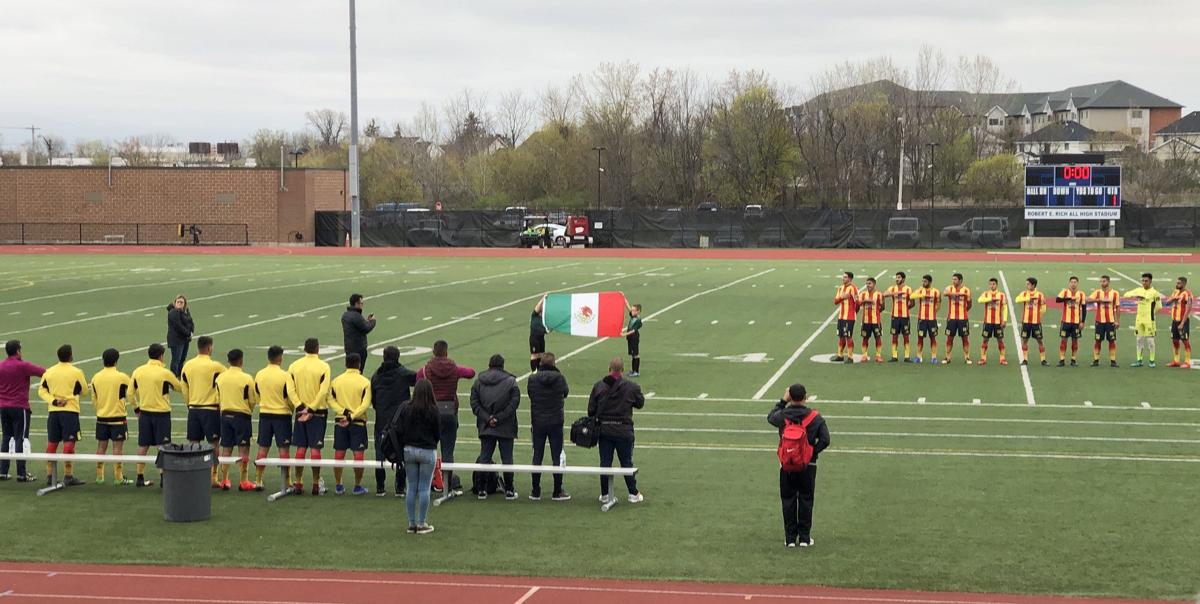 No one really expected FC Buffalo, an amateur club with two training sessions under its belt, to pose a threat to Monarcas Morelia Premier reserves, comprised almost entirely of professionals who've developed through an academy system in Mexico.

But Morelia triumphed only 2-0 on Friday at Robert E. Rich All-High Stadium as part of the Neighbor Nations Showcase, icing the match with an 87th-minute goal. The scoreline belied a match that wasn't as close on the field; the Mexicans dominated possession to the tune of 70-30 and out-chanced the Wolves in the realm of 20-2. Morelia's finishing - especially from close range - was abysmal, which is what ultimately kept the game tight.

With four key players arriving in Buffalo in the previous 24 hours, however, head coach Frank Butcher was honest about his team's approach.

"Of course we want to win, everyone is a competitor, but we almost looked like it as a practice, as a good scrimmage to prepare ourselves for the season," he said following the match.

[Look back at the game's action, plus photos, on Twitter at @BN_Soccer]

"For us to stick it out for 90 minutes the way we did, we can be proud of the way we played, all things being considered," he said. "Everybody was learning each other's names as we walked out for the kickoff.

"For our younger guys, it's a huge opportunity for them to really see a team at a great level," the keeper said in reference to Morelia. "It was a great way for us to get our feet wet for the rest of the year."

Seven players appeared for the first time in an FC Buffalo uniform, with winger Will Warren, center back Lewis Dye, center midfielder Carl Kennedy and left back Luca Ziegler in the starting XI and Jack Atkinson, Filip Johansson and Theo Pencic off the bench. Since the Wolves didn't see much of the ball, though, and scoring chances were few and far between, even player evaluation was limited.

"With [Morelia] being so good, it's difficult to say what we've got yet," Butcher admitted. "I was overall pleased with how we played, but we've got a lot of improvement to do."

Here are four of FC Buffalo's most noteworthy moments:

• In the 36th minute, Figler kept the game scoreless with alert goalkeeping. A low cross by the visitors was dummy-ed beautifully by the near post runner, leaving a clear look from 12 yards away for the secondary runner. A well-struck shot was right at Figler, who quickly gathered a rebound as an attacker bore down on him.

• Seven minutes later, a Morelia counter attack saw two Los Canarios forwards driving at left back Luca Ziegler. The German defender, who just arrived earlier Friday, forced a pass from one to the other without fully committing, then recovered with speed and slid to trim the recipient's angle. Morelia ultimately squandered the chance, but it was exceptional discipline under duress by the newcomer. Ziegler was one of the few bright spots on the night.

• The Wolves' best scoring chance came after halftime, in the 63rd minute. Niagara University alum Matt Lopoyda volleyed a through ball over the head of a Mexican defender to meet Warren's run. The St. Francis Xavier midfielder took a touch and fired with his left toward the near post - sending a potential equalizer just wide. The stage seemed too big for Warren at times, but his runs down the wing were aggressive and relentless.

• One of Morelia's many forays into the FC Buffalo 18-yard box produced a low shot that beat substitute goalkeeper Bryce Tramuta toward his far post, but a retreating Lewis Dye was there to clear the ball off the goal line, preventing a sure goal. Like Euan Bauld - an FC Buffalo defender last season who came from the same Canadian collegiate conference - Dye is an intelligent center back who pairs decently with strong-and-fast Rob Williamson.

ATTENDANCE FRUSTRATION: Multiple times in an interview after the match, Butcher expressed frustration over the lack of attendance at what could have been a major spectacle for Buffalo soccer. Although 400 tickets were sold presale, roughly 350 fans came through the gate.

"A million times we've talked about soccer growing in this country, and we probably have the greatest fans in our league, but tonight we didn't have a huge attendance," Butcher said.

"Our ability to play with [Morelia], especially in such a tough spot, shows we can compete at a higher level. It's great for the die-hard soccer fans, but I'd love to see some more people coming out," he continued, before hedging slightly. "I don't know if we've earned that yet. The last couple years we haven't had that winning record, and if we put some wins together, we can draw more of those lukewarm soccer fans to support us."

When asked if more success was imperative to growing the fan base, Butcher was clear.

"Buffalo loves a winner. If you look at the Sabres games when we were making the playoffs, it was electric in this town. Now it's died down a bit. I'd love to see if it does come true [with us]. I know it can be electric here, and imagine it with a bunch more fans - it would just be crazy."

UNDERSTANDING LOS CANARIOS: Monarcas Morelia Premier mostly comprised players from the third tier of Mexican soccer, donning numbers in the 80s, 90s and 100s. Morelia also has a Liga MX side, too, and one first-team player, Ricardo Gutierrez, was in the lineup Friday. A handful of youth players - in the U-17 and U-20 age groups, wearing numbers in the 200s and 300s - were deployed as second-half substitutions.

AHEAD TO GERMANY: FC Buffalo departs on a journey to Germany Sunday, part of the celebration of the club's 10th anniversary. Find the team's traveling roster in yesterday's story, and see the dates and foes of the three matches, below.

Even for a team with players who've either lived or already played overseas, the trip to Germany will be special, especially for taking in a crazed soccer culture and the Dortbunt Festival, which cherishes tolerance and diversity.

For the seven FC Buffalo players making the trip who were raised in Western New York, the eight days will serve as a chance to represent the Queen City on a global scale.

"It's just a great opportunity for us to grow and be ambassadors for this area, to show people that there's great soccer around here," Butcher said. "Just the atmosphere we're going to be in, the cities that we're going to see - the soccer hotbeds that are out there, it's going to be a great experience for the guys and for me."

Preparation for the National Premier Soccer League season, which begins for the Wolves on May 19 in Rochester, is equally as vital as enjoying the experience.

"I'm looking for a great way to build camaraderie, hopefully coming back ready to go into the season, whereas the last couple we've had a real slow start as we try to get to know everybody," Butcher said. "These are three great chances just to build teamwork."