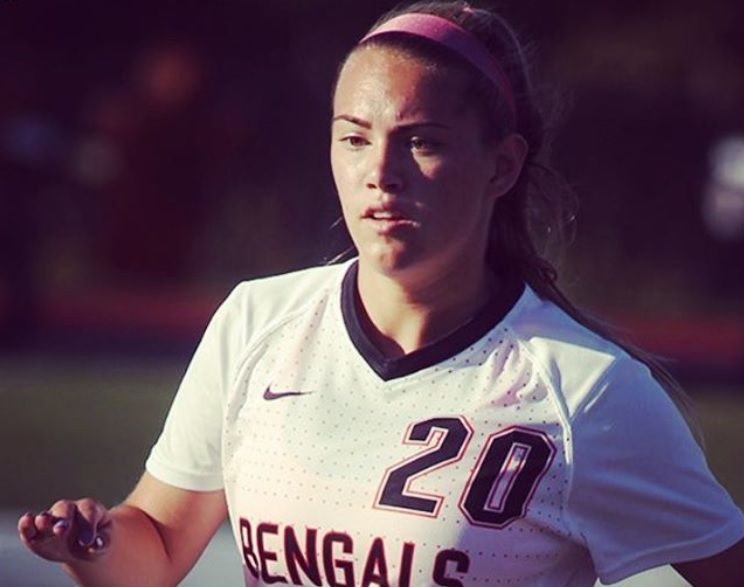 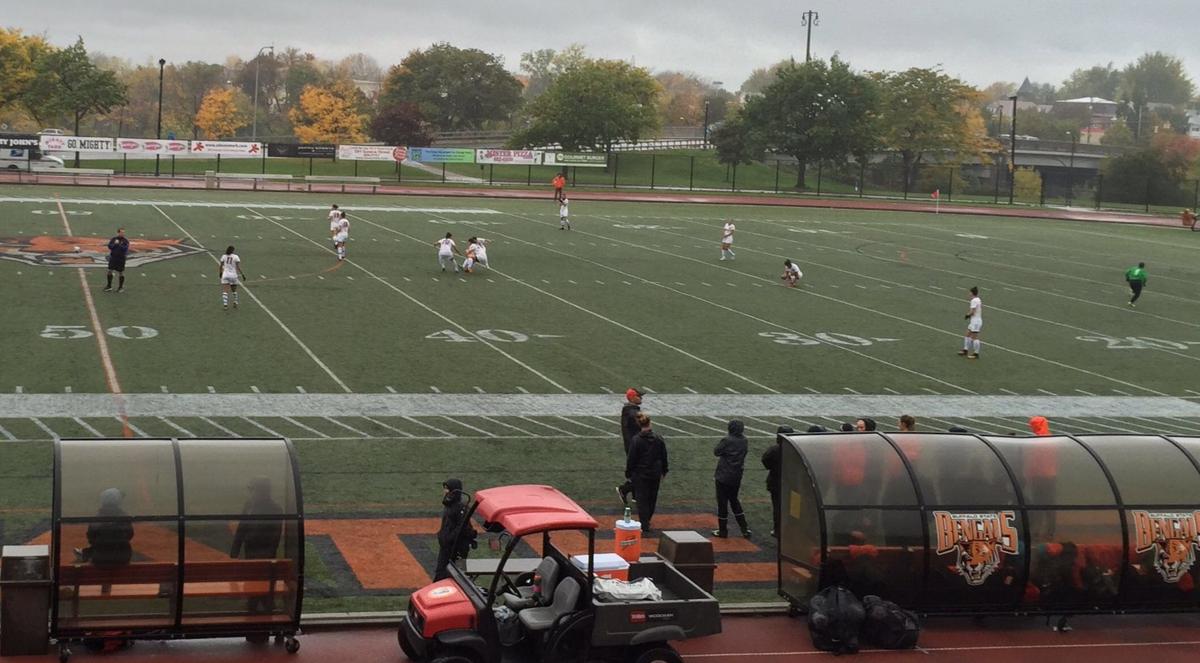 National recognition has been showered upon the Buffalo State women's soccer team this year, and it wasn't wholly unexpected.

The recent barrier to playoff success had been advancing past the SUNYAC semifinals, which Nick DeMarsh's squad accomplished in 2015 before bowing out to powerhouse Oneonta.

Fast forward to late October 2016, where Buffalo State is ranked third in the East Region and 22nd in the nation for NCAA Division III schools, the highest mark in program history.

And after a 1-0 overtime win over Oneonta on Friday at a rain-drenched Coyer Field, the Bengals have clinched home-field advantage for the entirety of the SUNYAC tournament for the second straight year. The possibility of a Buffalo State trip to the NCAA Tournament is not far fetched.

Like most coaches, DeMarsh refuses to look too far into the future or even speculate on such things, as his Bengals tussle with New Paltz on Saturday before a non-conference playoff tune-up against St. John Fisher on Oct. 26. But, the value of knocking off the reigning conference tournament champs isn't lost on him.

"This was important because [Oneonta is] a regionally ranked team, so it's a good win for us," DeMarsh admitted. "They're ranked lower than us, but they're still ranked, so if we start talking about fancy ideas like an at-large bid [for the NCAA Tournament], it becomes more possible when you get a win like that today."

In other words, even if Buffalo State fails to win the SUNYAC tournament, there's still a chance they'll make the NCAAs due to their strong body of work in the regular season.

[Related: 5 reasons to be excited about Buffalo State women's soccer]

Freshman Sophia Perrothers picked a wondrous time to deposit her first career goal, but she has senior forward Melissa Smith to thank for an immaculate setup.

Just over a minute into overtime, gritty freshman Jada Sargeant slid to poke a ball on the ground along the top of the 18-yard box. With her back to goal, Smith took an initial jab step toward the ball, then let it roll across her body, losing her marker and drawing the weak-side defender to help.

Perrothers, stationed parallel to Smith, was left wide open, and she received an outside-of-the-foot pass from Smith and clipped a shot high over Oneonta keeper Emilie Mull. Watch the winning goal here.

"When Melissa Smith was a freshman, she may have gone on her own, but she knows that she has to share the ball now," praised DeMarsh. "As a senior, she's mature, she saw the opening, she trusted Sophia and she got the assist."

Perrothers, who's bid her time behind three upperclassman forwards in Smith, Catherine Mammoser and Tianna Hatch, carved out a bigger role Friday with Hatch battling an ankle sprain. The New Jersey native looked dangerous earlier in the match, pinging the crossbar in the second half.

"She hasn't been getting a lot of time," explained DeMarsh. "She's been working hard all year, but we have three strikers that are firing on all cylinders and banging in goals, and it's hard for a freshman to come in and get time. But she's been patient, her attitude has been good, and she was rewarded today, so good for her."

Oneonta was denied a dramatic game-winning goal at the end of regulation, as the assistant referee raised the offside flag as the Red Dragons celebrated finishing a messy scrum in front of the Bengals' goal.

Email Ben Tsujimoto, who doesn't blame the Buffalo State players for bolting immediately after the final whistle due to the weather, at btsujimoto@buffnews.com

"If you'd told me a year ago I'd be playing in Muskegon, I'd say, 'What is going on?!'" former Buffalo State goalkeeper William Banahene said.

The University at Buffalo women's soccer team did nearly everything in its power to secure a chance to play for the Mid-American Conference championship – but ultimately, Shawn Burke's team will be left stranded.

Even in a pandemic year, a late scramble by organizers has allowed the Medaille Sports Management Invitational to take place.