Sunday marks the start of a new chapter for Buffalo women's soccer. The FC Buffalo Women's soccer team kicks off its existence at 2 p.m. against the Rochester Lady Lancers, an established foe in amateur United Women's Soccer, at Aquinas in Rochester.

The away game will be streamed live on MyCujoo; the first home game is slated for June 6 at Robert E. Rich All-High Stadium.

Despite its semi-professional status, FC Buffalo Women's official status as a top-of-the-pyramid option is significant for the growth of the game in Buffalo, a momentum-driving force to further the improved player development by premier and town youth clubs, high schools and colleges. The void of a top-flight women's team has been evident since 2018, when the Western New York Flash Academy opted to not return its UWS side after two seasons in the league.

FC Buffalo Women head coach Nikki Bartholomew, a fixture at Algonquin Sports for Kids after a decorated playing career at the University at Buffalo, will direct a roster balanced between college-age and post-college players, with a few soon-to-graduate high schoolers sprinkled in.

"The core group of leadership that are out of college are really the glue that's keeping everything together as far as creating bonds" among players, said Bartholomew, who said she's had a positive experience so far in working in concert with the advisory board.

Establishing leaders with deep Buffalo connections was an intentional quest of FC Buffalo owner Nick Mendola and FC Buffalo Women director of operations Liz Mantel, who knew the commitment to growing something at home would set a foundation and precedent for future players, including the growing contingent of young female players signing at high-major NCAA Division I programs.

Instead of remaining at school during the summers, the hope is for those standouts to understand there's a place in Buffalo where they can develop in the comfort of home. The return of Emma Gervase, a senior at Old Dominion who played at Nardin, is such an example.

But in the short term, the purpose of the veteran leadership is also about recapturing their competitive spirit.

The presence of this group is vital, especially for Buffalo soccer fans who might want to follow these players into their collegiate campaigns. In other words, supporting Buffalo soccer doesn't have to be a seasonal endeavor.

"It's exciting that we want to create a growing environment here, to be able to watch [these players] next year when they're in their seasons, and creating that buzz locally," said Bartholomew.

The Wolves Women have managed several training sessions over the last two weeks to aid in the process of weaving together disparate parts, an identity-finding process that typically takes well into the summer and is unforgiving for a short summer campaign. Bartholomew said establishing those bonds is even more crucial for a women's team.

"Guys can get together and play and whatever happens on the field they leave it on the field, but as girls, we might say [the same thing], but we tie everything to emotion, and we carry those emotions with us everywhere we go," she said.

After a session at Sahlen Sports Park on Thursday, Bartholomew asked her players to approach a teammate they didn't know well, and tell them something about themselves that was unrelated to soccer. It's small and sometimes uncomfortable moments like this that begin to forge connections between strangers – in some cases, collegiate rivals – who share the love of a sport. And, while talent obviously matters, it's the fruits of these connections that can separate success and mediocrity.

Note: FC Buffalo Women has donated the front of its debut away kit, worn during Sunday's game and perhaps again later this season, to Crisis Services, which aids those struggling with mental health issues.

After twists and turns, FC Buffalo to play home opener Friday at D'Youville

After roughly a week of negotiations with representatives of several area venues, the Wolves will begin their home slate against Syracuse FC May 28 at D'Youville College's Dobson Field.

The FC Buffalo Women kick off the twin bill with a 5:30 p.m. clash against the Albany Rush

While 12 points from four matches has FC Buffalo Women sitting pretty in the UWS power rankings, the next two weeks could present problems.

In the blur of the National Premier Soccer League season, FC Buffalo tends to receive an annual reminder of how quickly best-laid plans can unravel.

For the first time in a decade, there will not be men’s amateur soccer league action in Buffalo, at least not under the traditional structure of a 10-game regional schedule with the possibility of playoffs. The National Premier Soccer League announced Thursday that, due to health concerns and restrictions from the spread of Covid-19, its board of directors voted 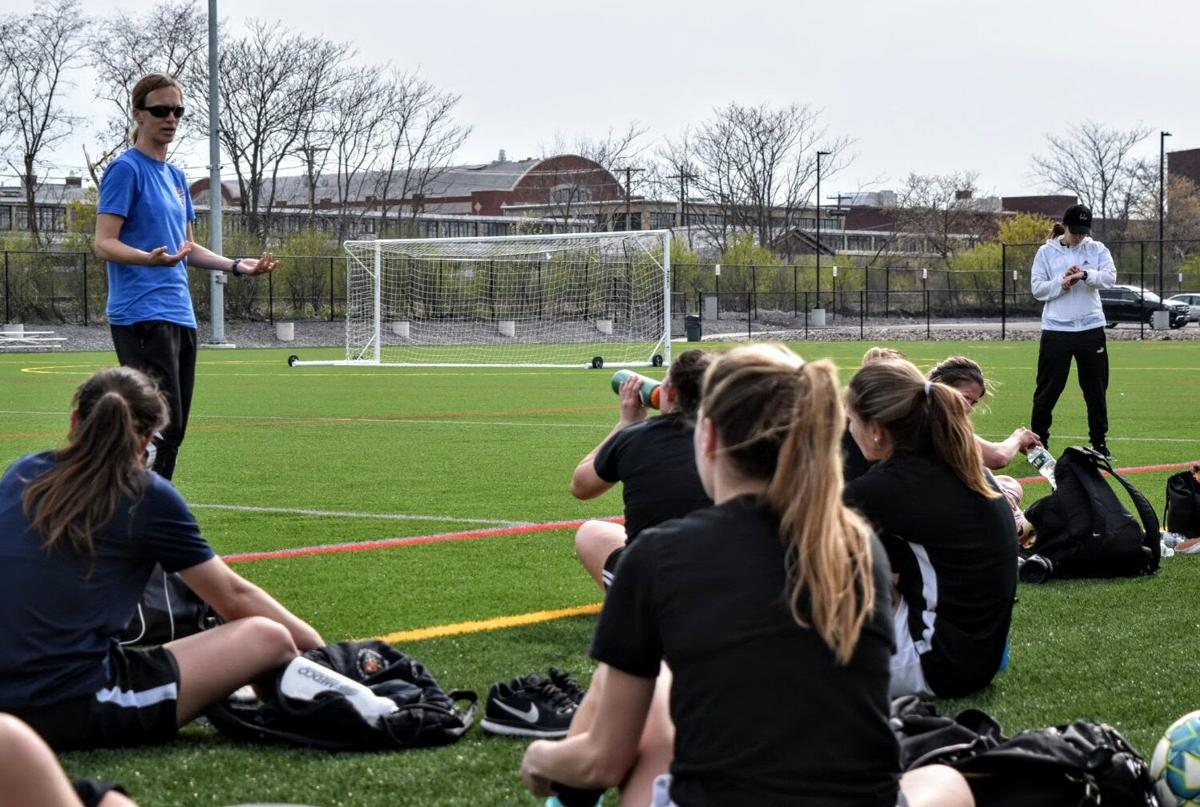 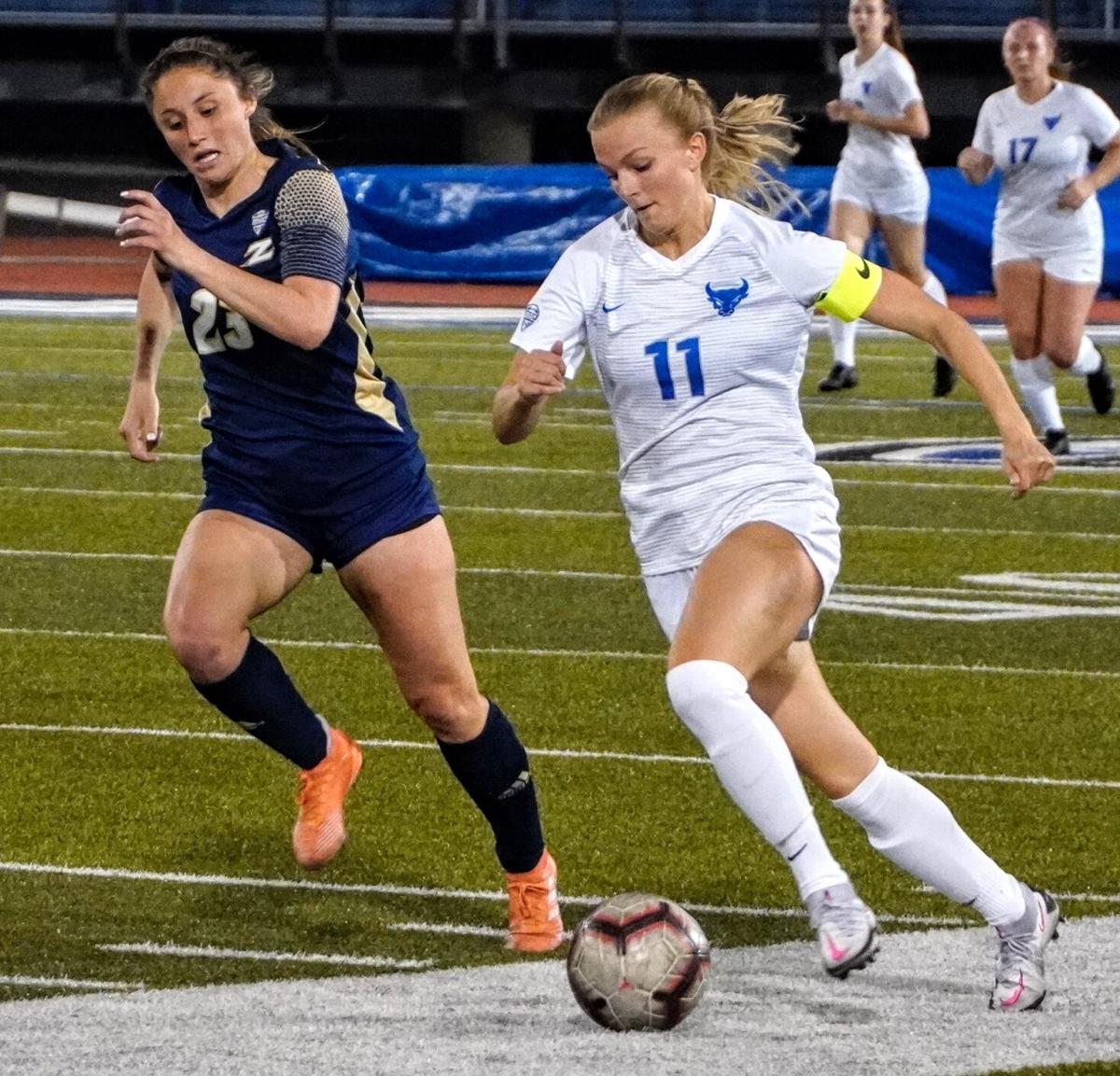 Marcy Barberic, right, was selected as a second-team All-American after a scintillating senior season at UB. 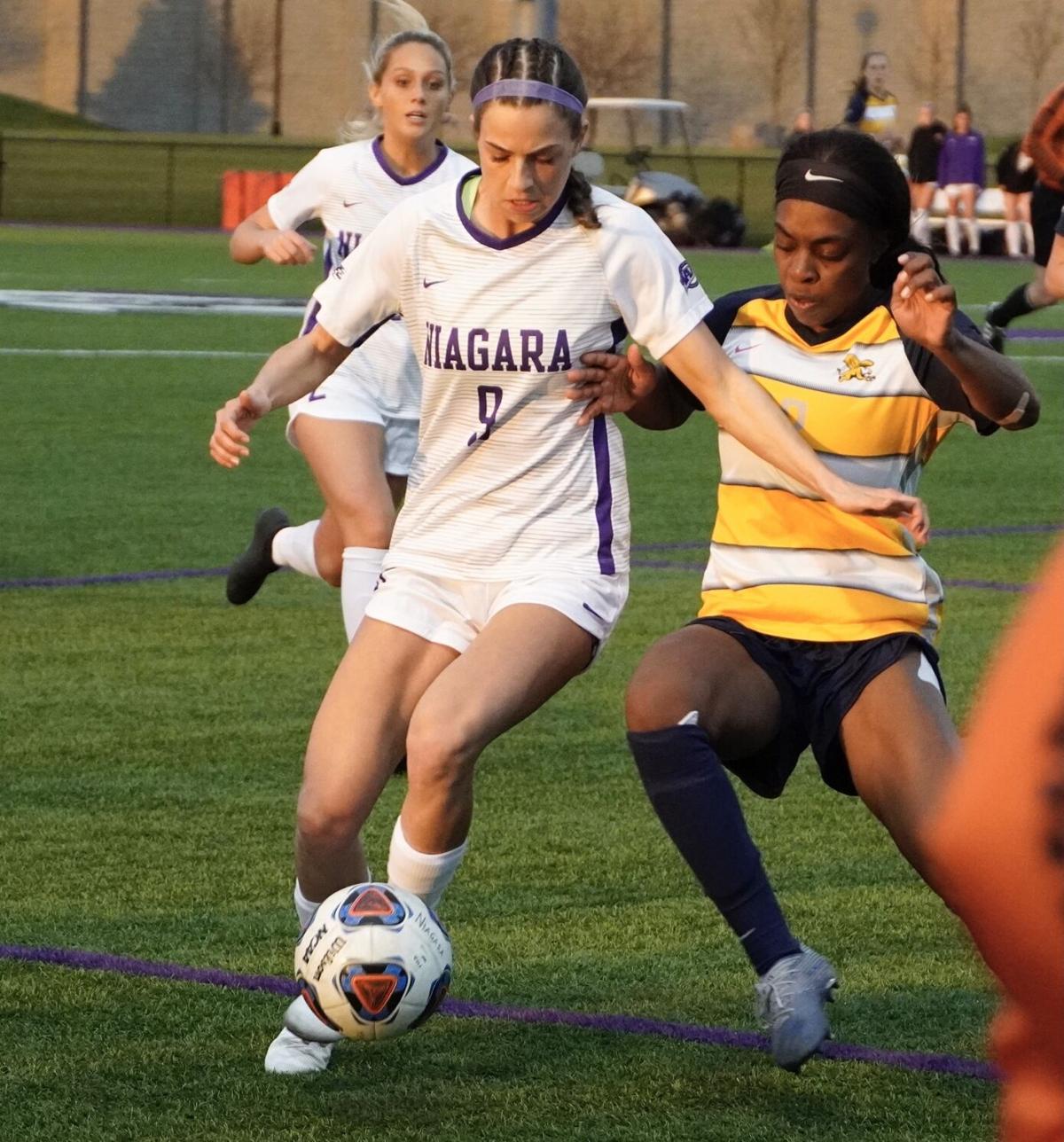 Kelsey Araujo, left, and Maya Palmer jockey for a loose ball in the Battle of the Bridge between Niagara and Canisius in spring 2021. The college foes will be teammates this summer with FC Buffalo Women.