Josh Beshaw's long, painful soccer journey sails toward a sweet end
0 comments
Share this
Support this work for $1 a month
1 of 4 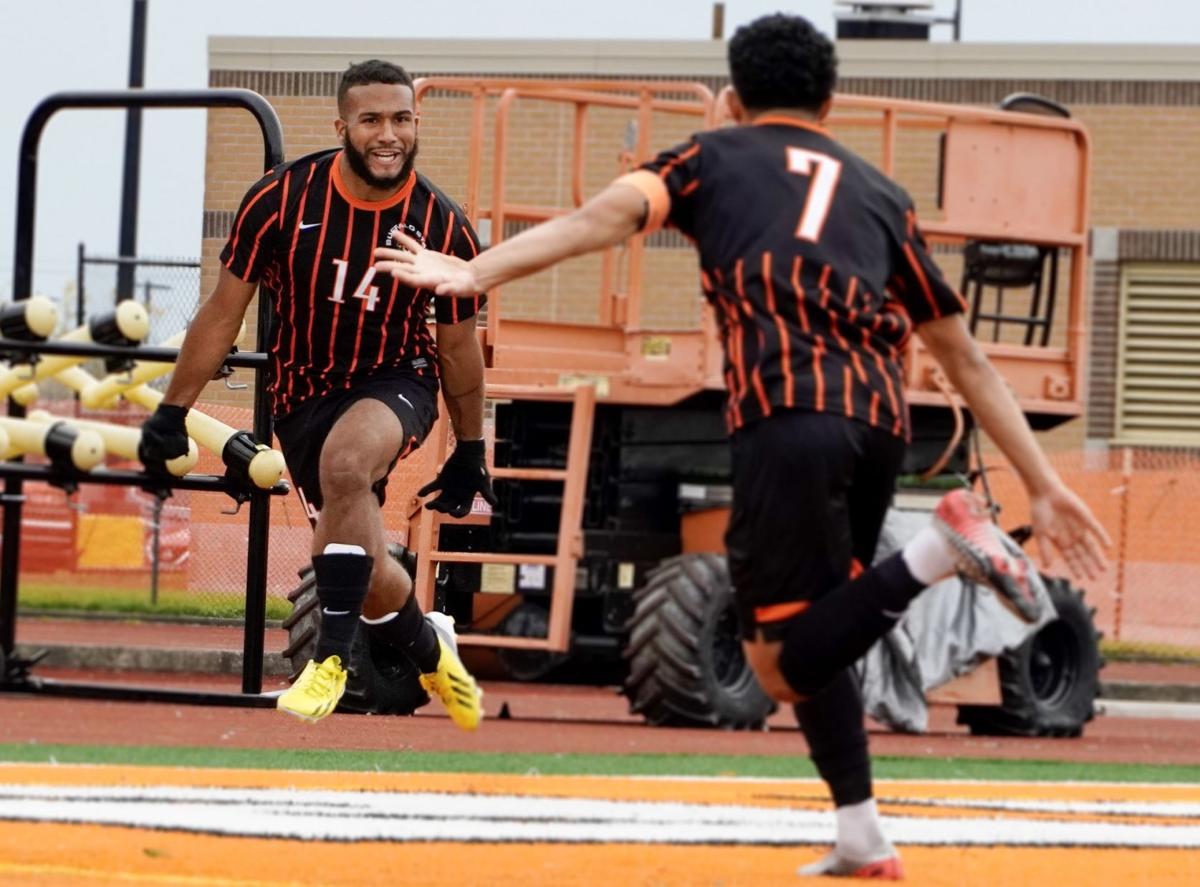 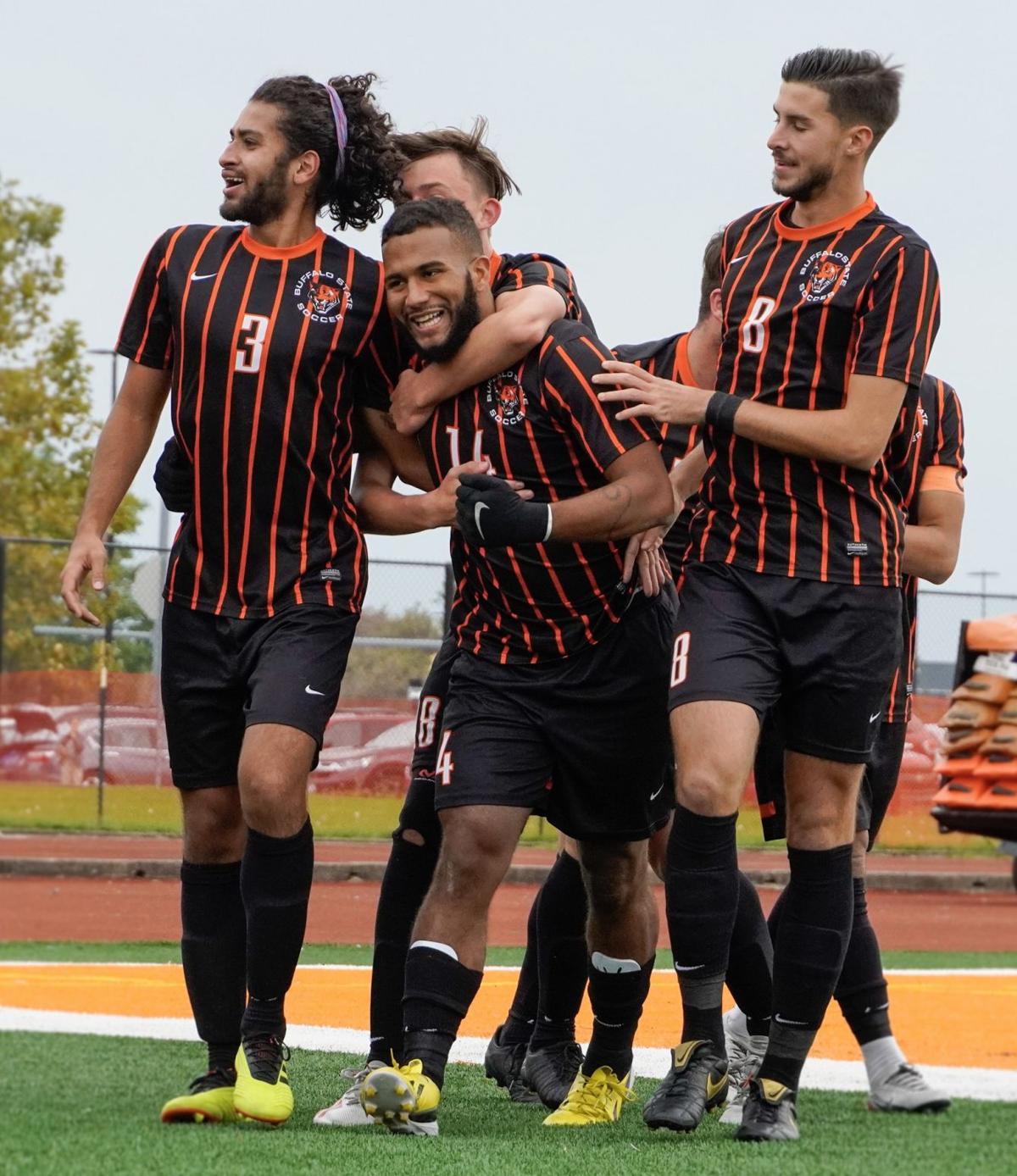 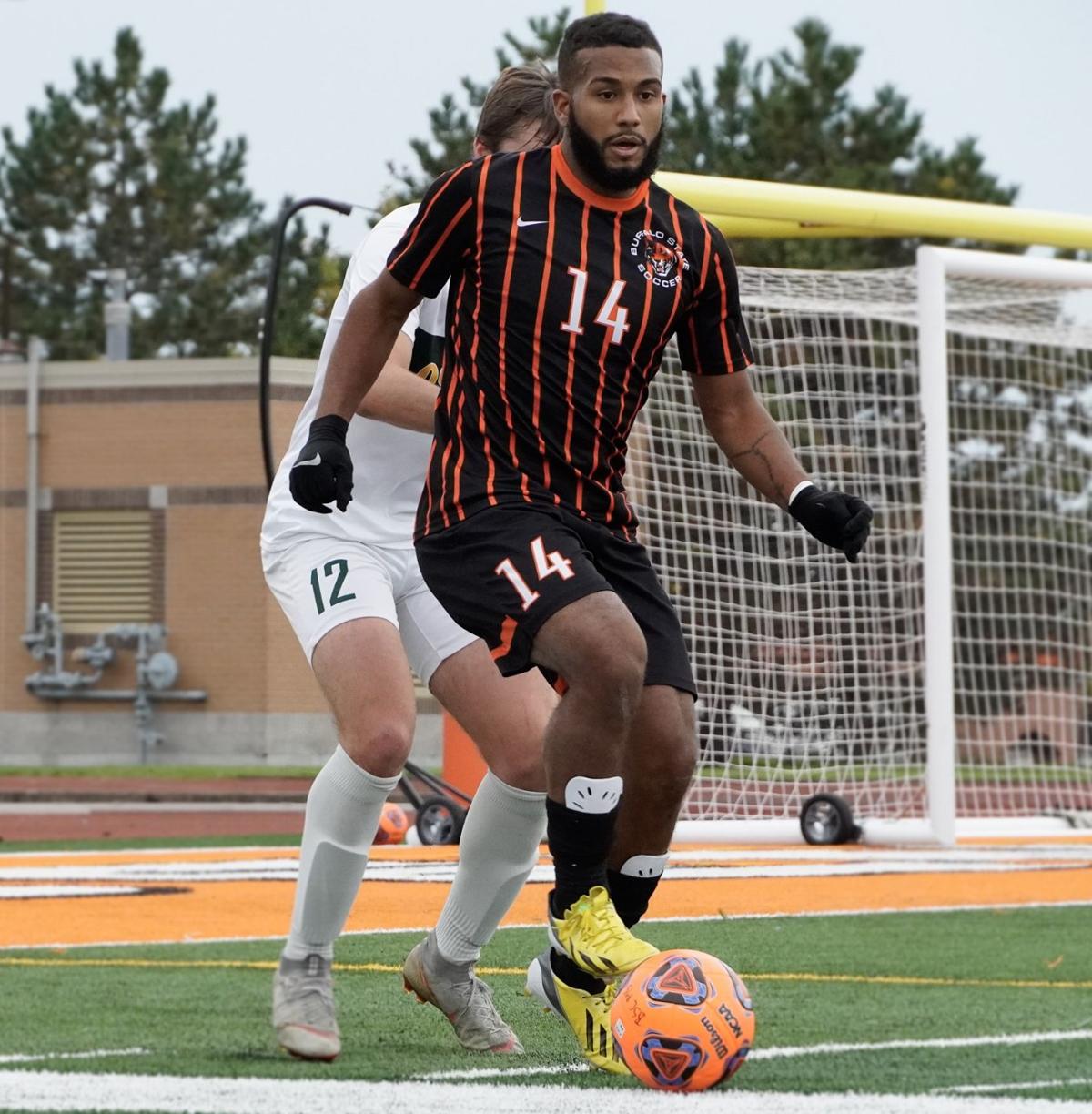 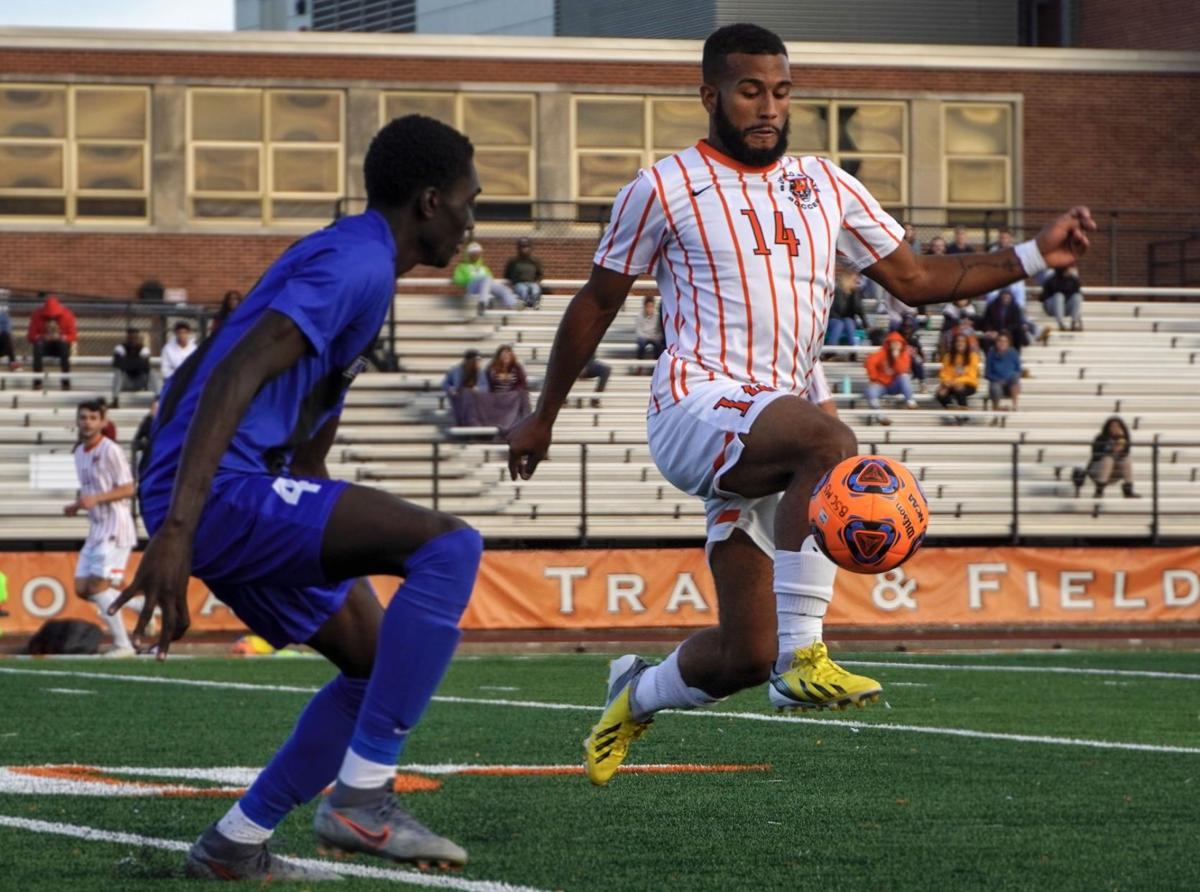 Josh Beshaw wanted to make sure he could walk 10 years from now.

The laundry list of injuries the SUNY Buffalo State senior forward had dealt with over the past six years was staggering. A torn anterior cruciate ligament ruined his entire senior season at Lockport High School. Persistent shoulder injuries derailed his first two years at St. Bonaventure University and forced him to red-shirt for a third, prompting a transfer to the Bengals in 2017.

He came off the bench in 2017 for Mark Howlett in Buffalo State's run to the NCAA Tournament, but then tore his ACL again in August 2018, prompting him to take the semester off from school. Especially after one season of decent health, the long-term setback was discouraging, to say the least.

Beshaw was already well acquainted with the sharp bolts of pain from simple movements, the nagging aches and inflammation after even light workouts, and seemingly endless rehab, but he never quit.

Not long after returning to training this spring, Beshaw tore his meniscus – shock-absorbing cartilage in the knee that provides stability – which was close to the last straw. Was returning to Buffalo State for one final season really going to be worth it, especially if it meant jeopardizing his long-term health?

"I honestly didn't think I was going to play this season," Beshaw admitted. "It came down to my health. I didn't want to do any further damage so that 10 years down the road I wouldn't be able to walk."

He consulted with his doctor; Sean Roberts, Buffalo State's head athletic trainer; and Bengals head coach Francesco Cardillo to see how his knee had responded to treatment and assess the risk of further damage.

While there's some long-term concern stemming from Beshaw's injuries, the allure of one final year of college soccer – plus a coach's urging – won out.

"I talked to Coach Franco and he got me convinced to play again, got me sold on the program," said Beshaw, who still needed more credits to graduate after changing his major a few times.

"He said he believed in me and my experience would definitely help the team, the younger guys."

Beshaw's respect for Cardillo's opinion was what ultimately swung the tide.

"Last year he was thrown into a pretty bad predicament and look what he did with the team, so I have nothing but respect for him," said Beshaw, referring to Howlett's unexpected departure mere days before preseason 2018. It was natural that someone who'd battled through many hopeless situations would be inspired by another who'd conquered a recent challenge.

The super-senior's meniscus recovery was surprisingly straightforward. "I took it easy," Beshaw said, referring to the time after surgery in May. He eased his way back in July with Celtic United of the Buffalo & District Soccer League, a return to competitive soccer without excess stress.

Then it was more distance running and a focused diet before preseason, but there was no magic cure beyond discipline and patience, traits Beshaw has had no choice but to hone over the years.

Surviving preseason injury-free, Beshaw continued to regain his college-level fitness and form slowly; Cardillo deployed him as an impact sub for between 30 and 50 minutes each game during the nonconference slate, a soft portion of the schedule that Buffalo State swept.

The Bengals have instituted a slightly more forgiving training schedule, especially through the dense conference season, in order to avoid wear-and-tear injuries. Other than serious injuries to Drew Braun and Moe Saif, Buffalo State has remained mostly healthy.

"It's knowing when to rest, when to load, when to taper throughout the week, and giving them time off or days off that maybe you'd probably train," explained Cardillo. "The rest does more than going on the field to do something physical or tactical to get them prepared."

For Beshaw, simply staying on the pitch was enough to resurrect some of the gifts that once attracted the Bonnies, an NCAA Division I team, to his skill set. The midfielder-forward is the fast-quick-strong combination that creates mismatches, especially in isolation, and Cardillo gives him plenty of freedom to run at defenders and create for others.

The second half to Beshaw's season has been so exceptional that he cracked the starting 11 for the final conference weekend, including an emotional Senior Day against Oswego on Oct. 26.

Walking out with his mother, Caryn (who scored some clutch goals in her day), Beshaw was equal parts emotional and fired up for the moment, recognition for how much he'd overcome to even experience a Senior Day.

The script played out perfectly. Just six minutes into the game, the Bengals' Saleman Salim hustled to keep a long ball in play at the Lakers' end line, then deftly kept the ball in play.

A split-second of indecision between Oswego's back line and goalkeeper allowed Beshaw to pounce, sweeping his left foot across the loose ball and placing it in the right corner – before getting mobbed by joyous teammates, many of whom understood the greater meaning of the goal, his first of the season.

"I was so relieved, man. It was just straight relief," the goalscorer remembered. Buffalo State went on to win, 2-0, clinching the third seed in the SUNYAC playoffs and at least one more home game for Beshaw's career.

After the game, Cardillo was ecstatic for Beshaw.

"It's just a testament to how he strong he has worked coming back from two knees and a meniscus – that's so hard to do," the second-year head coach said.

"Not many people can do that, and him coming back and [scoring] is validation for the hard work he's put in for the last four or five years."

While the concerns were real in August, there's no doubt in Beshaw's mind that he made the right decision in giving college soccer one more try. He still has more chances to shine, too, with Buffalo State's quarterfinal match slated for 1 p.m. Nov. 2 vs. Brockport at Coyer Field.

"I love being on this team, I love everyone on the team. I'm very happy to be here," he said.

In a World Cup rematch, US women win again. See highlights from today and last year

Rose Lavelle scored against the Netherlands again as the U.S. women won a rematch Friday of last year’s World Cup final by the same score, 2-0. Plus, see a gallery of last year's thrilling win.