Canisius College women's soccer is itching to play against someone other than themselves.

While the months of training sessions and intrasquad scrimmages have helped acclimate the Griffs to interim head coach Ryan Louis and a different style of play, Tuesday's home opener against rival Niagara University is – finally – a chance to see how far they've come since their last game, on Oct. 30, 2019.

"The group has been nothing but positive and upbeat – this [game] was the end goal for all of us," Louis said of the five months of preparation.

When Todd Clark, Canisius' previous head coach, stepped down last March after six years at the helm, Louis – Clark's assistant for two seasons – was given the interim tag just as the Covid-19 pandemic began. It wasn't until the end of July, 10 days before the team would typically return to campus for preseason, that Louis learned the fall schedule would be canceled – with no certainty then that a spring campaign would be a reality.

"The biggest [difficulty] for me was the unknown," Louis reflected. "We were preparing for fall, then we became aware we weren't going to compete, then we just tried to manage the program to the best of our ability knowing there's no competition."

Because the Metro Atlantic Athletic Conference barred its members from scheduling nonconference games, the Battle of the Bridge tilt arrives with some level of urgency given the shortened seven-match conference season. Eight of the 11 MAAC teams qualify for the postseason this year, however, a considerable expansion from the usual four.

Perhaps a change in tactics will help Canisius improve upon their 10th-place finish in 2019. Louis remains committed to Clark's disciplined defensive approach when Canisius doesn't have the ball, but the Englishman has placed a greater emphasis on keeping possession when the Griffs win the ball back.

"We want to build through the thirds, and our goal by doing that is to create chances and, ideally, put them in the back of the net," said Louis, who's assisted by Gabrielle Wilson and Andy Siviy.

The interim head coach credited the modernizing of American youth soccer development with easing his players' transition from the direct approach of past years to a more patient, probing approach that preaches poise under pressure, demands an understanding of how to create space for teammates and rewards players with advanced technical skills.

"The youth setup has trained them to play this certain style of soccer anyway," Louis said, citing the prevalence of "rondos" and other possession-focused drills. "I want to cater to the profiles of players and their skill sets instead of changing it on them."

Better possession often translates into better scoring chances, which were relatively sparse in 2019, when Canisius scored 14 goals in 17 games, second worst in the MAAC. Senior Shauna Lee is the top returning goal scorer – potting three in 2019 – but lively freshman Tiani Fonoti, Tonawanda native Hope Balling and winger Lexi Perry are among the others who will be asked to contribute. Louis is eager to give this group freedom.

"Sometimes you simplify things, don't overcomplicate them," Louis said. "Let them express themselves, show their creativity."

The Griffs' strengths are undeniably in their own half of the field, with a formidable center back duo in steady Abby Molloy and Old Dominion transfer Maya Palmer, both products of the WNY Flash Academy. Factor in the experience of Maggie Canitia and Emily Dorr, the potential of Ali Jurkowski and Sophia Chelini, and the calming presence of holding midfielder Julia Schurr, and the Griffs won't be easy to break down. The biggest question mark is in goal; replacing the graduated Alana Rossi will be one of two freshmen, Jessica Jones or Marissa Gilmore.

Lee and Canitia have the most perspective on the meaning of the Battle of the Bridge rivalry with Niagara, as those two are the lone holdovers from the penalty kick shootout loss to the Purple Eagles in the 2017 MAAC playoffs. Peter Veltri's visiting side enters Tuesday's match as favorites thanks to their run to the MAAC playoffs in 2019 and their sixth-place prediction in the preseason poll.

Louis didn't minimize the hype of the rivalry.

"I told the girls that not every team has this so-called rivalry like we do. I want them to go into this excited, prepared," Louis said. "It's fun, right? Make the most of it."

INFO: Canisius vs. Niagara, 4 p.m. March 9 at Demske Sports Complex at Canisius College. The match is not open to the public due to Covid-19 restrictions, but each player has been allowed to invite two spectators.

How the U.S. Women’s Soccer Team trained for Tokyo heat

How the U.S. Women’s Soccer Team trained for Tokyo heat

Regardless of their participation in this truncated season, current soccer players across all NCAA divisions can sign a waiver to receive an extra year of eligibility. 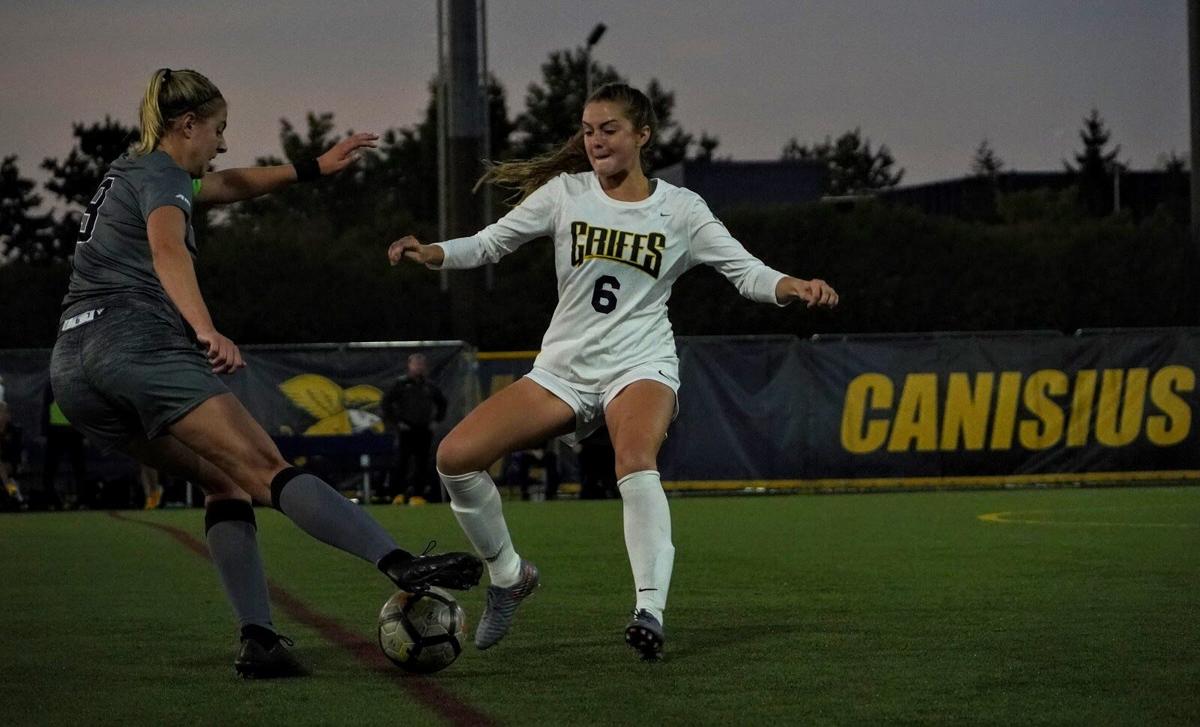 Julia Schurr, in white, is a key part of Canisius' midfield for 2021. 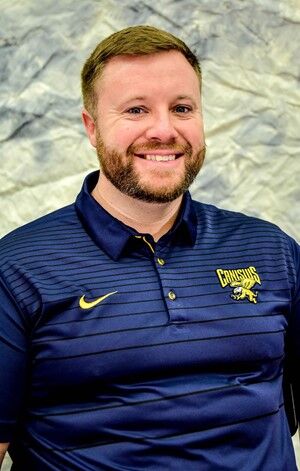