Travis Yost's Sabre Metrics: Rasmus Dahlin needs to establish himself as a higher-end first pairing player
0 comments
Share this
Support this work for $1 a month
1 of 2 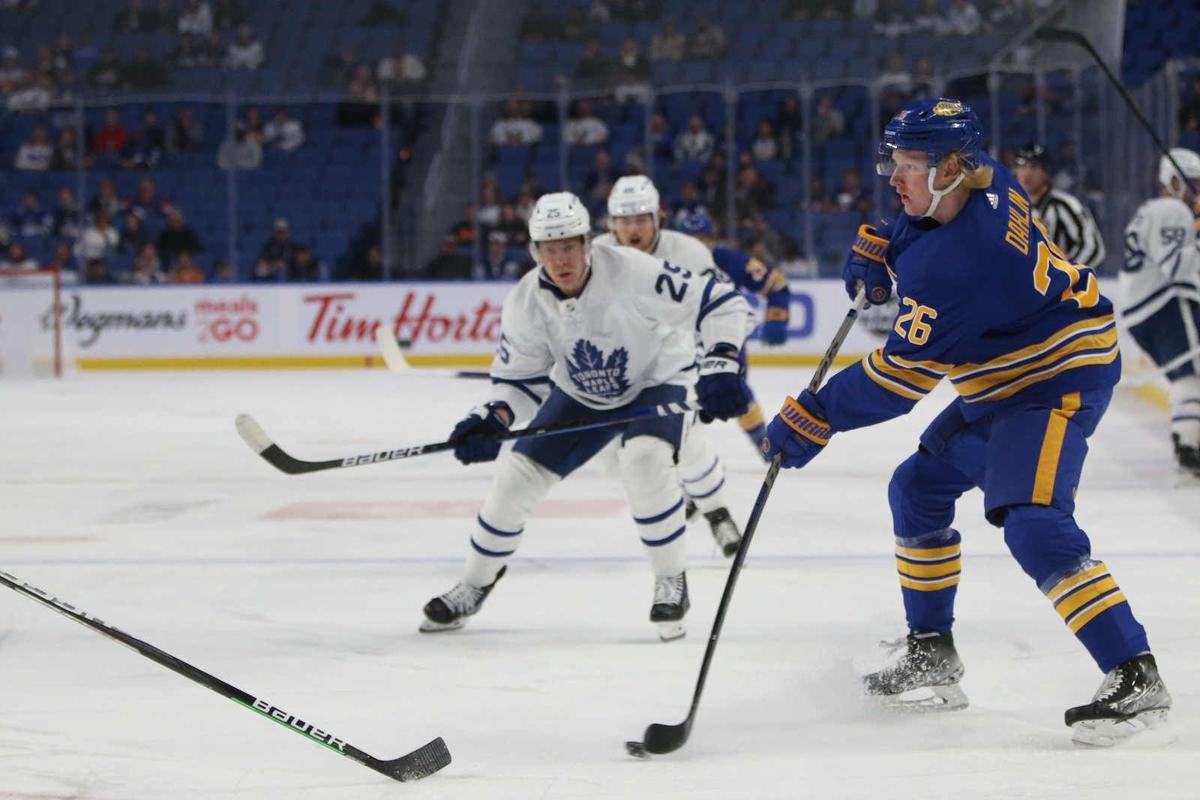 Travis Yost has been involved in the world of hockey analytics for more than a decade and is part of TSN's Hockey Analytics team. Prior to joining TSN, Yost was a contributor at the Ottawa Citizen, the Sporting News and NHL Numbers, and he has been a consultant for an NHL franchise. He will be contributing breakdowns on the Buffalo Sabres for The Buffalo News. Follow Yost on Twitter: @travisyost.

If you are a Buffalo Sabres fan, you are likely thrilled with the team’s 6-6-2 start. It’s far from playoff-caliber hockey, but the team is showing signs of life and competitiveness – something we haven’t seen in years. And considering expectations for this season were below the floorboards, it’s been an encouraging start.

Part of why Buffalo has looked a bit more competitive this season boils down to goaltending. By far the weakest position on the roster, the Sabres' triumvirate of Craig Anderson, Dustin Tokarski and Aaron Dell have stopped 90.4% of shots. Considering our priors and the forecast for this group, that number – which is just 20th in the NHL – seems like a small miracle.

While the goaltending position will be built through offseasons and drafts, that’s not necessarily the case for the blue line. The Sabres have invested in the position over the last couple of years, and if nothing else, the respectable goaltending to open the season has given us the ability to diagnose the performance of their pairings. After all, no one cares about shot volumes and expected goals when every other shot is finding the back of the net.

The Sabres' blue line has been, if nothing else, consistent. Head coach Don Granato has let 21-year old Rasmus Dahlin anchor the team’s top pairing with Will Butcher before pairing him with veteran Mark Pysyk for the last three games. Veteran Colin Miller has anchored the second pairing with Jacob Bryson, and Pysyk has anchored a third pairing with Robert Hagg, though, Hagg has been with Butcher in the last two games.

There are a few interesting takeaways from this. Chief among them: Dahlin clearly still has the buy-in from the coaching staff, consistently playing the most minutes per night and routinely getting the toughest defensive assignments.

What’s also interesting is that Buffalo’s relative improvement in the standings, at least from the perspective of the blue line, is tied to the second and third pair. While the Dahlin/Butcher pairing had been regularly out-chanced and outscored against more difficult competition, the Miller and Pysyk pairings had been thriving in their respective roles. In fact, all four bottom defenders are near or above break-even in expected goal rates, a hallmark indicator of sustained outperformance.

Adjudicating Dahlin’s performance – in his fourth season and in the first-year of a three-year bridge deal – is critical for Buffalo. They need to know what they have. They also need to be able to account for some of the team effects that will sink this team through the transition, like the forward talent in front of Dahlin, the level of competition he’s facing, the additional minutes he’s playing on special teams, and the like.

And all those are reasonable caveats. But the one measure that has caught my eye routinely with Dahlin is that the Sabres attack never seems improved with Dahlin on the ice. It’s an odd phenomenon for a player perceived as a high-end puck mover and one who's capable carrying and transitioning the puck up ice.

First, compare him to the other defenders this season. The Sabres have played lower-event hockey than the average team this year, but you are still looking for a net advantage:

The point being: Buffalo, best case, looks no better or worse with Dahlin on the ice in the offensive zone. In Dallas, that’s a very different story when Miro Heiskanen is out there – for four consecutive years, the Stars have looked considerably more dangerous with him on the ice, irrespective of whether they have had shooting luck or not.

The Sabres cannot set unrealistic expectations for Dahlin considering the circumstances around him. But there is no question they need to start seeing a bit more from him, especially with the puck on his stick. Scoring can be fluky for defenders over short intervals, but Dahlin’s four points (20th percentile) at even-strength seem right in line with how the team has played.

Goalie Dustin Tokarski delivered a career-high 45 saves, including 20 in the chaotic third period, to hold off the Penguins and secure a 2-1 win for the Sabres on Tuesday night. 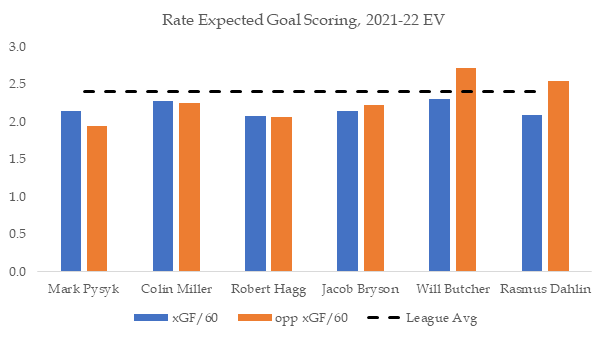