When the postmortem on the 2018-19 Buffalo Sabres is complete, significant attention will be paid to the last three months of the regular season. It was the opportunity for Buffalo to solidify a playoff berth, and at this critical juncture, just about everyone underdelivered.

That is a kind way of saying that there is plenty of blame to spread around. But no group has been more detrimentally impactful to Buffalo’s performance during this ugly stretch than their goaltenders. Unfortunately for Carter Hutton and Linus Ullmark, team performance tends to be quite emphatically tied to goaltending performance.

It was lost in the shuffle of Buffalo’s attack scoring at a blistering rate to start the season, but goaltending performance was also key in the Sabres' early hot start and their 10-game winning streak. If you look at Sabres' stop rates by month, you can see that what was once a competitive advantage became a competitive disadvantage rather quickly. That’s particularly true at even strength, where play has emphatically eroded:

Hutton and Ullmark gave Buffalo two well-above-average months, followed by an average month, followed by two dreadful months in January and February. Goaltending is a fickle beast and you should expect some volatility month-to-month, but the linearity of this is concerning, especially as the importance of these games has heightened. So, like much of the team, Hutton and Ullmark haven’t delivered at a critical juncture.

But how much blame can you lay at the feet of the goaltenders? After all, we know that Buffalo’s skater group has comparatively struggled, and if Hutton and Ullmark saw a nasty increase in shot volume and shot quality against, we should expect that their save percentages would have declined. Controlling for both of these factors is a mandatory starting point in assessing the performance and play at the goaltender position.

This is where we must bring expected goals into the fold. Knowing critical components — like the aforementioned shot volume and location, as well as shot type, distances, angles, and so forth – can help us adjust and calibrate our expectations. A few of the websites, like Evolving Hockey, do a nice job at running expected goal models in parallel with other publicly available statistics. We will use the expected goal model there to better understand goaltending performance. Note: other expected goal models yield similar results).

Since the turn of the calendar year, the goaltending has abandoned Buffalo at EV. And what looked like a promising start to the season for both Hutton and Ullmark has soured quickly, to the tune of Buffalo's being 18 goals worse than expectations at even-strength over the entire regular season. That goal differential puts them 24th in the NHL. Of the seven teams worse in this category, only San Jose is a surefire bet to reach the postseason. In other words: It takes utter dominance from your group of skaters to offset this type of goaltender disadvantage.

Comprehensive video review from the Sabres this summer – especially over the last two or three months – will further organizational understanding of how and why this team fell apart. But unfortunately, it appears a seemingly promising goaltending duo will need to be considered as part of this assessment. Early signs based on publicly available data suggest they were a key reason why the team faltered down the stretch.

Jack Eichel: There's a 'disconnect' with Sabres about recovery from injury

"I would be lying to say that things have moved smoothly since my injury,” said Eichel.

Adams provided a detailed timeline regarding discussions between Eichel and the Sabres' medical staff since the six-year pro played his last game of the season on March 7.

Inside the Sabres: Coaching hire to kick-start a busy offseason for GM Kevyn Adams

Lance Lysowski takes a look at what lies ahead for the Buffalo Sabres.

"If he's going to trade his franchise player, Adams has to keep his eyes on the prize," writes Mike Harrington.

Mike Harrington: All Sabres' eyes, both young and old, on the GM's next moves

"As bad a day as Monday was for the Sabres, it's easy to put on more of a happy face when you listened to Tuesday's exit media sessions," writes Mike Harrington.

Sam Reinhart, Rasmus Ristolainen, Jake McCabe and Linus Ullmark were once viewed as future foundational players for the Buffalo Sabres. Now there’s reason to wonder if any of the four will be with the team in 2021-22.

A season beset by a Covid-19 outbreak, significant injuries and a coaching change finally ended Saturday.

By the numbers: Lots of ugly ones and some surprising ones from Sabres' season

Buffalo went 15-34-7 overall, finishing 8-16-4 at home and 7-18-3 on the road. Here are a few spins around the ice at some wacky numbers from the Sabres' forgettable campaign. 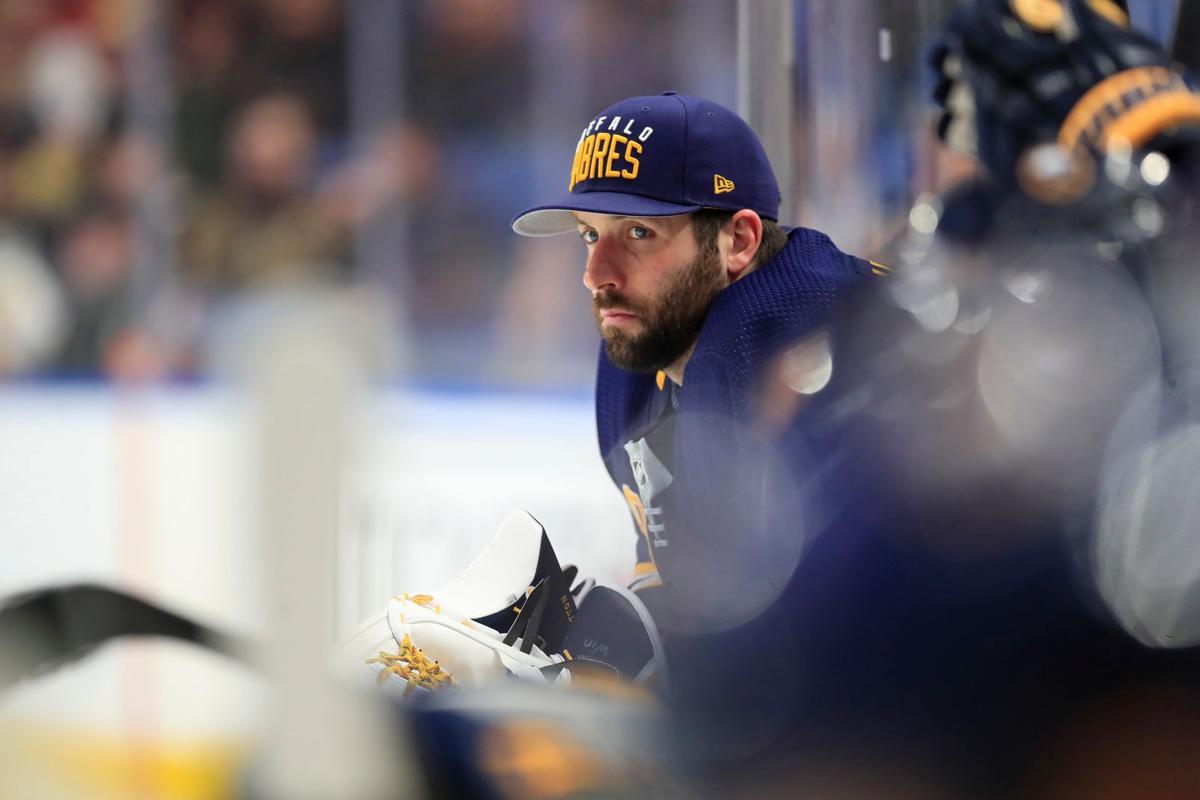 A grim-faced Carter Hutton watches the third period from the bench after he was pulled from a recent game (Harry Scull Jr./Buffalo News file photo). 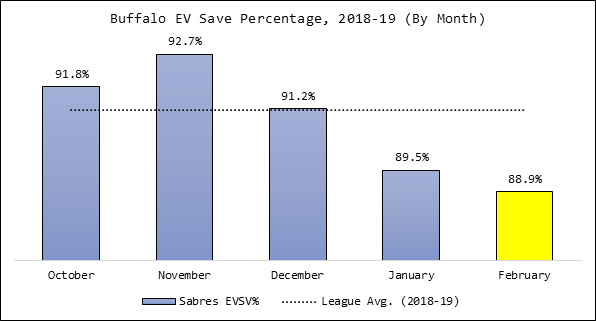 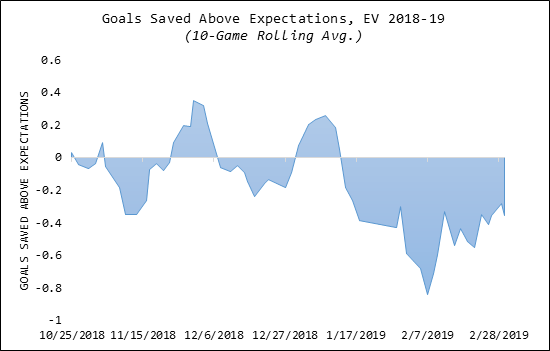