The Buffalo Sabres’ “goat head” logo, a symbol that many fans connect with Dominik Hasek and the franchise’s run to the Stanley Cup Final in 1999, is returning to the ice in 2020-21.

Not in the form some might have expected, though.

Previously the Sabres’ primary logo from 1996-2006, the “goat head” will be featured this season on each shoulder of the team’s reverse retro jersey, which was revealed Monday as part of a leaguewide program launched by Adidas.

The Sabres’ reverse retro look is a different spin on the alternate jersey worn by the team from 2000-06. The primary crest will again be two crossing sabre swords, fondly referred to by fans as “butter knives,” with Buffalo written on the stripe around the waist. However, unlike the alternate red-and-black uniform of the past, the Sabres’ reverse retro is royal and gold.

In August, the team revealed a permanent switch back to royal and gold, the colors worn by the franchise from its inception in 1970 through the final season at Memorial Auditorium in 1995-96. Rather than introducing clashing colors with the reverse retro, the Sabres and Pegula Sports and Entertainment requested uniformity across all their looks for this season.

“When we had those initial conversations with Adidas and they were explaining the program, one of the first things we told them is we need to keep the royal and gold,” said John Durbin, PSE’s senior vice president of marketing and business strategy. “We just told fans we were going to royal and had a huge program celebrating the return to royal, so it just seemed to undercut all of that if we were to venture off that color scheme for this year. Honestly, I think it gave Adidas some inspiration to play around and find ways to do royal and reimagine some of the uniforms of our past with that guideline.”

The reverse retro designs revealed by Adidas Monday is the first NHL-wide alternate jersey program. Each team’s look combines elements from the respective franchise’s past with “newness,” according to Dan Near, senior director at Adidas Hockey.

The process began during a summit with NHL and Adidas leaders in 2018, when Commissioner Gary Bettman was pitched the idea of a leaguewide alternate jersey program. Both sides want to cater to the sport’s longtime fans who are fond of their favorite team’s past, while also connecting with “fans of the future,” Near said.

“It’s unlike anything else that’s ever been tried in the NHL and is a reflection of Adidas’ desire to bring energy and creativity to the game,” Near said. “It’s a reflection of our desire to welcome new, young fans in who may not identify with the players who once wore the original version of these sweaters but are the fans of the future. It’s a reflection of the legacy adidas intends to leave in sport and culture.”

Durbin said Adidas presented each team multiple jersey concepts approximately a year-and-a-half ago and none of the Sabres’ initial concepts was royal and gold.

The NHL will provide guidelines on the minimum and maximum number of games the reverse retro jersey will be worn in 2020-21. The Sabres’ plan to wear their new primary white uniform as many times as possible at home and will also allow fans to see this reverse retro at KeyBank Center. Typically, the NHL has its home teams wear their respective dark uniform, while the away team is in white.

The “goat head” is polarizing among fans. For some, the logo conjures memories of the early post-Aud days, specifically the run to the Cup Final. For others, it’s a symbol of a failed rebrand that replaced the historic look worn by Gilbert Perreault.

Between the reverse retro uniform and the Sabres’ two primary jerseys, both sides of debate will likely be pleased after 14 years of navy and gold.

“It’s interesting with a program like this where you’re taking something from the past and redoing the color scheme or reimagining it,” Durbin said. “It seems like everyone has a different feeling on it, but we as an organization are very happy with it. There’s a lot of excitement around it because it is so different from what we’ve worn in the past. Again, when you look at it with all the other uniforms coming out, it’s not just us. To be part of that is really exciting and really fun. I’m curious to see what the reception is across the board.”

A number of retro looks unveiled Monday honor the past, most notably the Colorado Avalanche wearing the original Quebec Nordiques logo. Others have a secondary logo featured prominently, including the Vegas Golden Knights.

The uniform program comes amid a pandemic that’s left some franchises, including the Sabres, without any meaningful revenue in months and at a time when fans are waiting for the NHL to announce a plan to launch its season. The Stanley Cup Playoffs, which were played at bubbles in Toronto and Edmonton, also posted disappointing television ratings.

And while reverse retro jerseys might spark fan engagement during a down time in the NHL, the Sabres’ new look won’t be here to stay.

“It’s fun, at the end of the day, and that’s really what it’s intended to be,” Durbin said. “This isn’t something that’s going to be our primary uniform for the next five or six years. It’s an initiative the league is doing, and we’re just embracing it for what it is. It’s a fun sidebar to our uniform history.”

To hockey fans, the sweater is everything, writes Mike Harrington.

Seeking advice ahead of his first NHL draft as general manager of the Buffalo Sabres, Kevyn Adams placed a call to his counterpart with the Bills, Brandon Beane.

Inside the NHL: Are players, cash-strapped owners heading for an ugly faceoff?

"We're about to find out if hockey is going to learn a lesson from baseball or go down the same road," writes Mike Harrington.

Sabres roundtable: Burning questions during another offseason of change

The Buffalo News' Lance Lysowski and Mike Harrington answer several prominent burning questions about the Sabres and the NHL season.

The Buffalo Sabres have announced a six-game schedule of home games that will see them wear their new "Reverse Retro" alternate jersey.

Inside the NHL: Birth of Sabres featured as new book tells stories of jerseys, names

Did you know that the Knoxes' polo pinnies were the inspiration for the Sabres' blue, gold and white color scheme?

Inside the NHL: Division realignment will be bad news for the Sabres

"A much tougher division and nine or 10 months off without a game don't strike me as a recipe for snapping a playoff drought," Mike Harrington said. 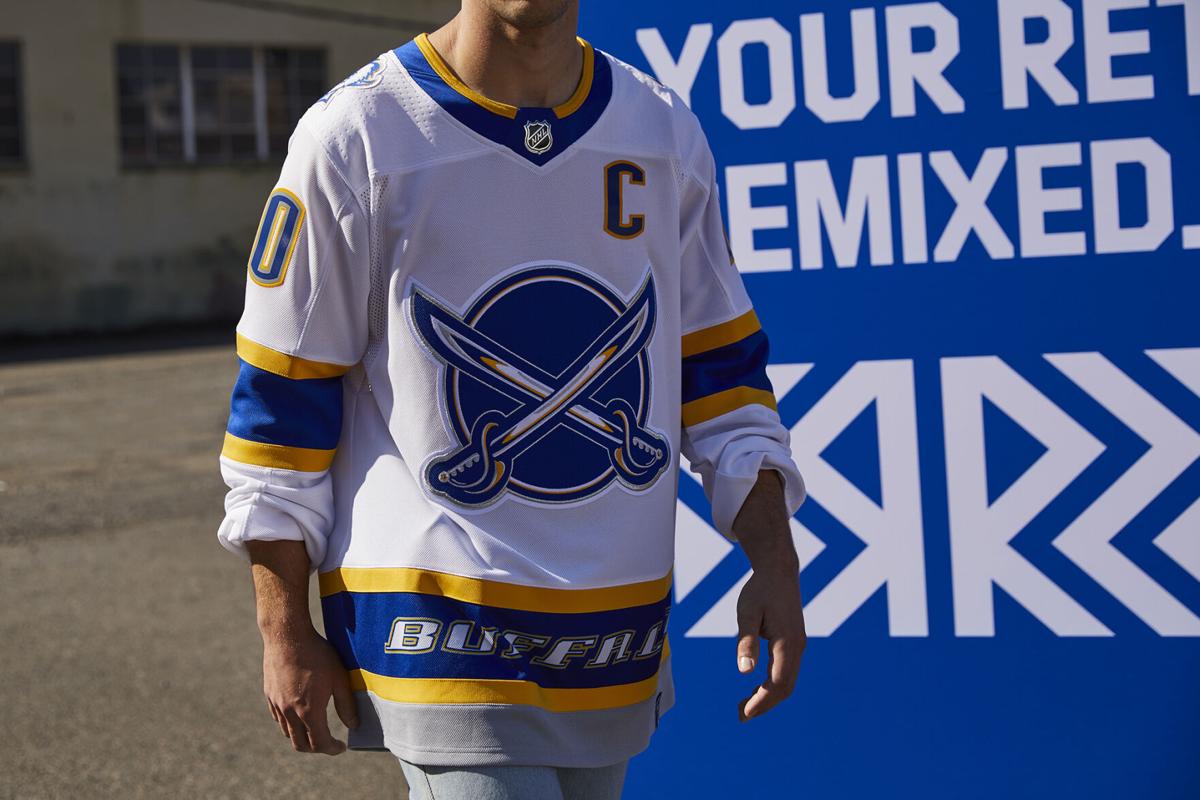 The Sabres' reverse retro look is part of a leaguewide program announced Monday. 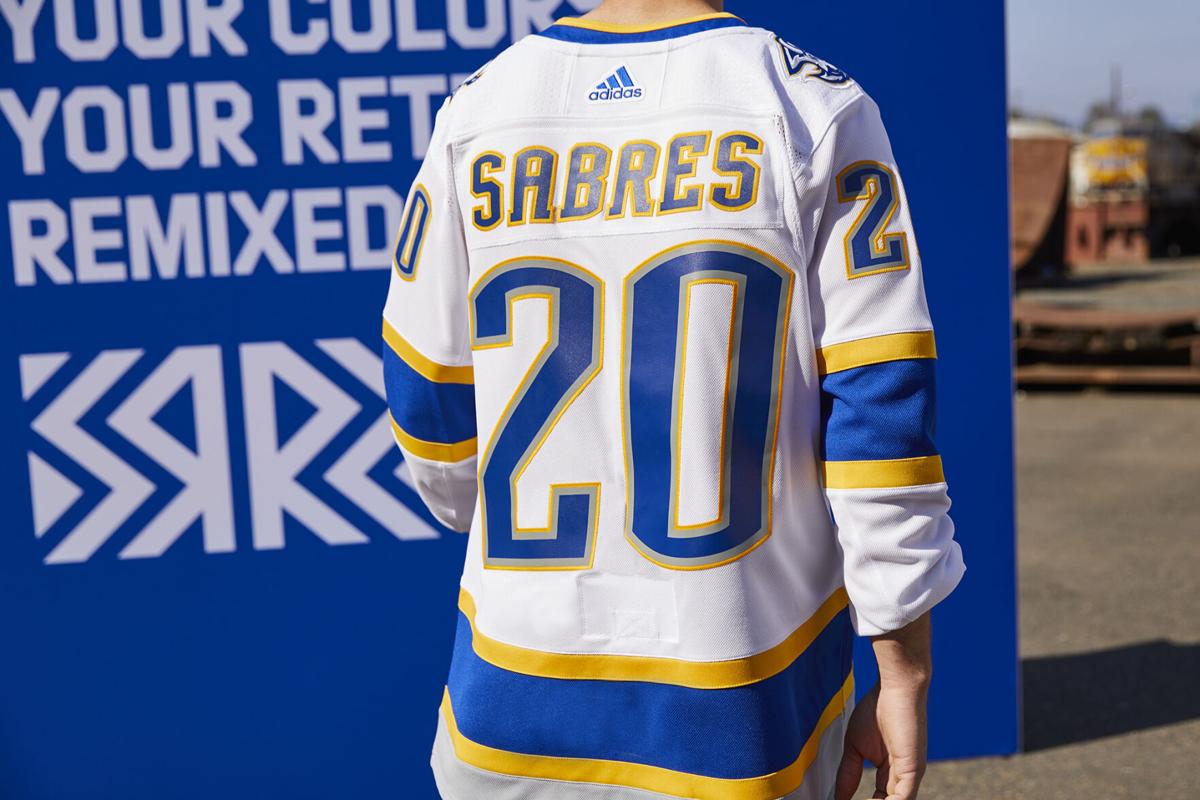 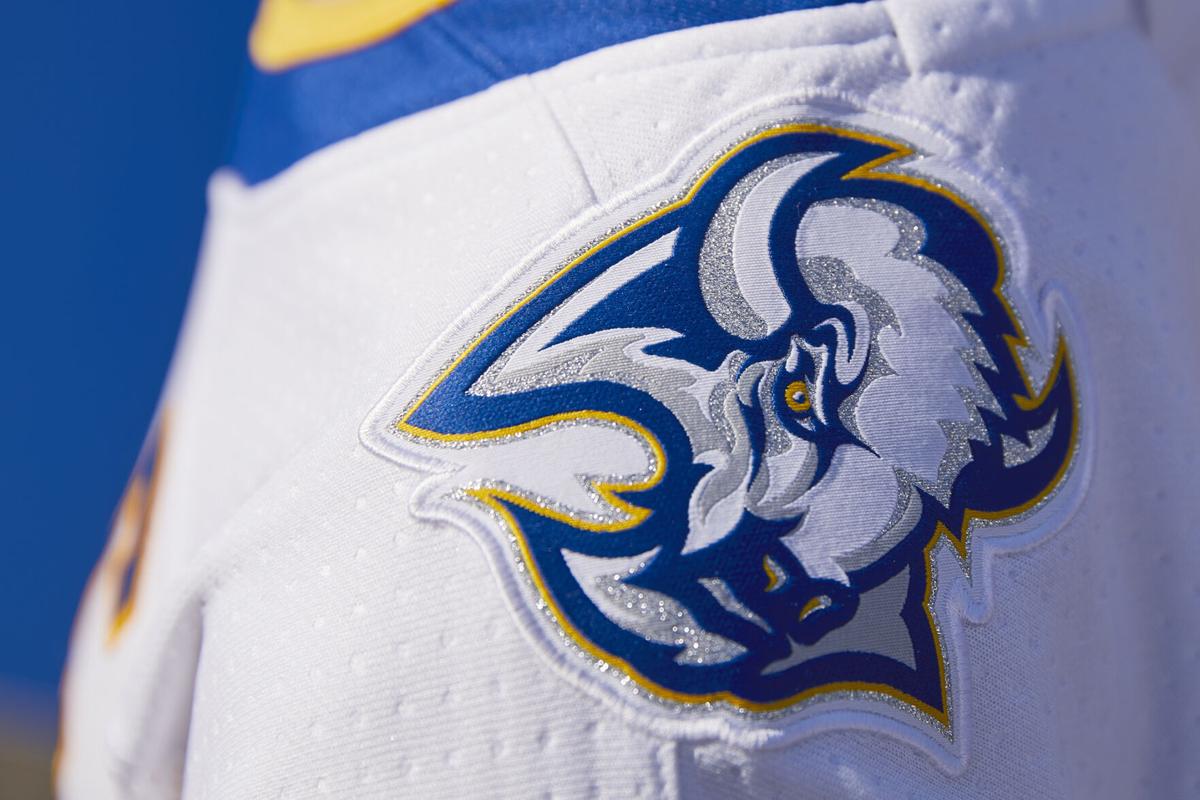