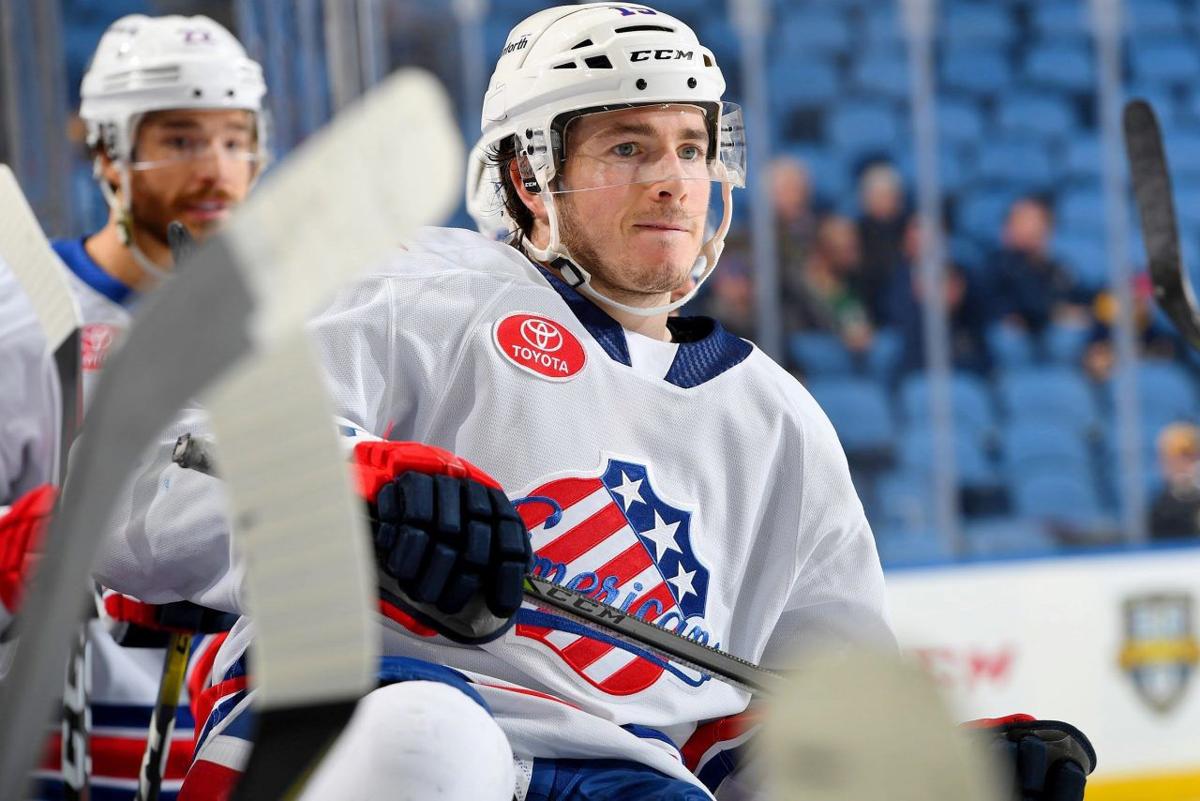 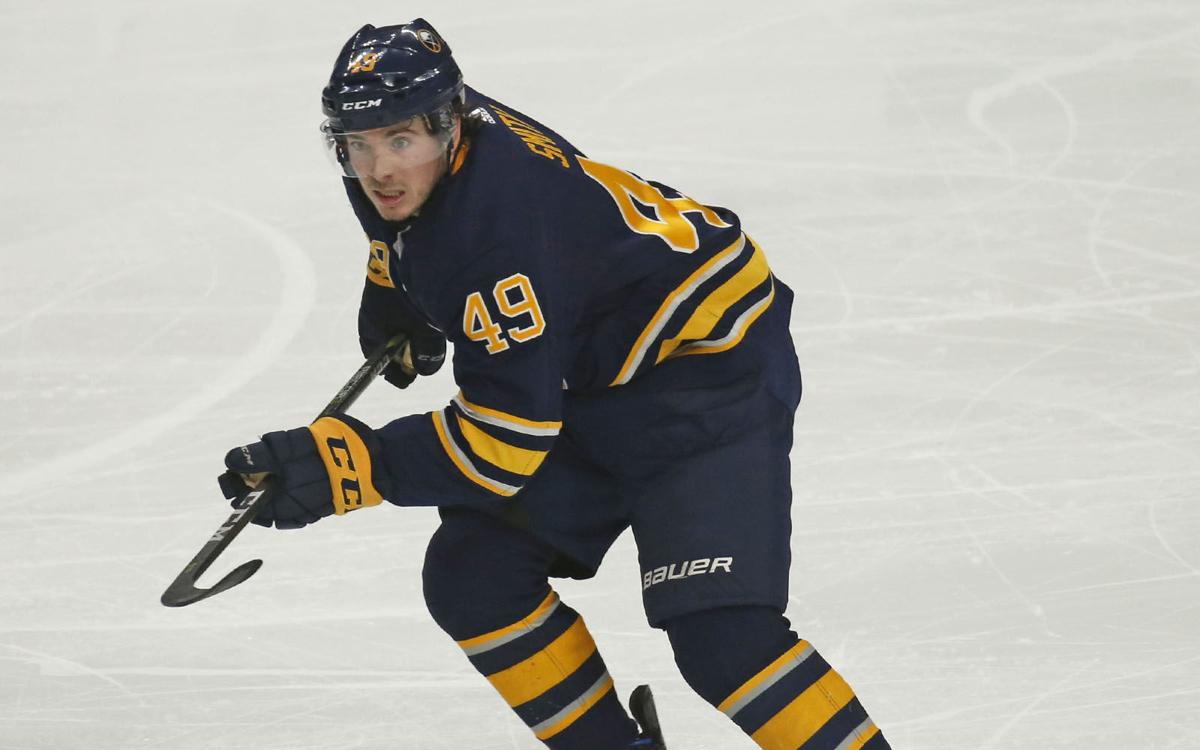 C.J. Smith is headed back to Rochester.

Liz Smith said her gut told her it was the right decision. Her son, C.J., had outgrown the competition around Des Moines, Iowa. The family wanted to find out if he had a future in hockey.

So to test C.J.’s talents, part of the family left Iowa and moved to Minnesota, a hockey hotbed, when he was in eighth grade.

Her husband, Jeff, stayed in Iowa and ran the family’s temporary staffing service. C.J.’s sister, Mackenzie, also moved to the family’s new home in Bloomington, Minn., about 10 miles outside Minneapolis.

“We were first testing the waters to see where I was as a hockey player, if this is something I could compete with other kids at at a higher level,” said C.J., a Sabres prospect and one of the Rochester Americans’ leading scorers.

C.J. would eventually thrive against some of the country’s top teenage talent. But he had trouble finding the right fit. His development was slow.

Liz Smith said her son has “lived out of a bucket probably since he was in eighth grade.”

But C.J.’s parents never pressured him to keep at it. If he had chosen to quit hockey, they would’ve supported him.

“We said, ‘C.J., as long as you’re getting your grades and being respectful and appreciative, we’ll go ahead and support you,’” Liz Smith said. “It was also one of those things, too, I told C.J., ‘The day you want to quit hockey, that’s OK, too.’ ”

C.J. Smith’s arduous path taught him to be patient and respect the development process.

“I kind of learned from my past growing up just (to) keep working toward things and eventually the right situation will come around,” he said.

That situation finally materialized in 2011, after he failed to make the Elite League, a circuit of the top high school players in Minnesota.

Before Smith’s high school season began, he played some games with the Austin Bruins, a junior team in the North American Hockey League about 100 miles from Minneapolis.

Then a week before Smith’s junior season was set to start at the Academy of Holy Angels, one of his teammates, Connor Hurley transferred. Hurley was later picked by the Sabres in the second round in 2013.

Austin offered Smith a roster spot, so he grabbed it. The decision turned out to be a turning point in his career.

Smith started morphing into an NCAA prospect with the Bruins, a team coached by Chris Tok, a former college and pro player who would become a huge influence for the teenager.

After his first season in Austin, Smith had an opportunity to jump to the United States Hockey League, a higher level of junior hockey.

“I thought I was just going to be like a fourth-line guy, so (Tok) kind of just said, ‘Hey, you can go play in the USHL, (but) you (can) work on your scoring down here and become a better scorer.’”

Smith stayed in Austin, scored 30 goals in 2012-13 and skated for two USHL teams the next season. By 2014-15, he was playing college hockey on a scholarship at UMass Lowell.

“I kind of found the right situation, what worked for me as a person and as a hockey player,” Smith said. “When I went to junior, I found a really good coach and sort of good people that I think really sort of jump-started my hockey career to get where I’m at today.”

The rest of Smith’s story is well-known. Following a huge junior season at UMass Lowell in 2016-17, he signed an entry-level contract with the Sabres and jumped right to the NHL.

“Whatever happens going forward," his mother said, "you can say you played in the NHL, you’re in the record books, you’re there.”

C.J. Smith is headed back to Rochester.