Biden 'bringing back the pros' for virus briefings; no holding down New Orleans; and more virus updates

Just like we saw at Sahlen Field for Toronto Blue Jays games in August and September, there will be no actual fans in KeyBank Center for Buffalo Sabres games – but the paying customers will be represented by cardboard cutouts.

The Sabres announced Monday night that fan cutouts will be available for $60 (or $150 for a cutout autographed by a player). The cutouts can be shipped after the season for an additional $25 or picked up for free. Season ticket-holders get a $10 discount. Proceeds benefit the Sabres Foundation.

All the information is available in a link at the Sabres web site, but the key points are as follows:

• Cutouts will be located on the 200 and 300 levels of the arena, depending on order of purchase. They will thus not be visible on television during game play as the lower seats of the 100 level will be covered by advertising tarps. The cutouts may be visible at other times in the television broadcast or on the team's social media channels.

• Photos are limited to one person per cutout. Pet photos are allowed.

• The only branding allowed is Sabres gear. No other sports teams, college or professional, may be represented. No commercial advertising is allowed.

• Also among the 10-point listing of rules for photos: "No offensive or negative comments about the Buffalo Sabres."

Your complete guide to the Sabres' season

The Sabres end their long layoff and open the NHL season Thursday against the Washington Capitals. Here is what you need to know to get ready …

Now nearly three years removed from their Stanley Cup victory, the Washington Capitals remain one of the NHL's elite teams.

Across his 30-plus years attending games at Sahlen Field, Mark Aichinger has endeared himself to Bisons fans.

Cheektowaga company is cut out to make stand-in Jays fans

Cutout fans are a trend that has caught on at pro stadiums around the country, as teams compensate for the absence of actual people.

Though the people in charge have changed, the one common thread is no matter who is running the Sabres in the board room or on the bench, Okposo’s opinion is valued.

“We want to expose them to (the NHL environment), but at the same time we have to be careful with players,” Krueger said after practice Sunday. 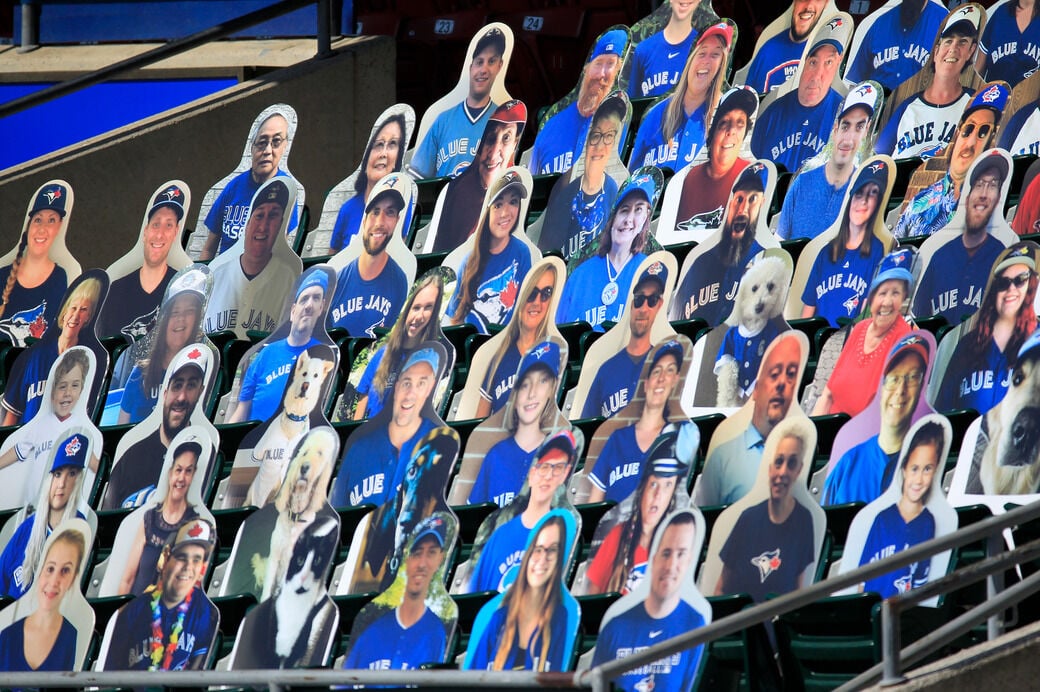 Cutouts at a Toronto Blue Jays game at Sahlen Field.

Cutouts in right field prior for the Toronto Blue Jays' game against the New York Yankees at Sahlen Field on Monday, Sept. 7, 2020