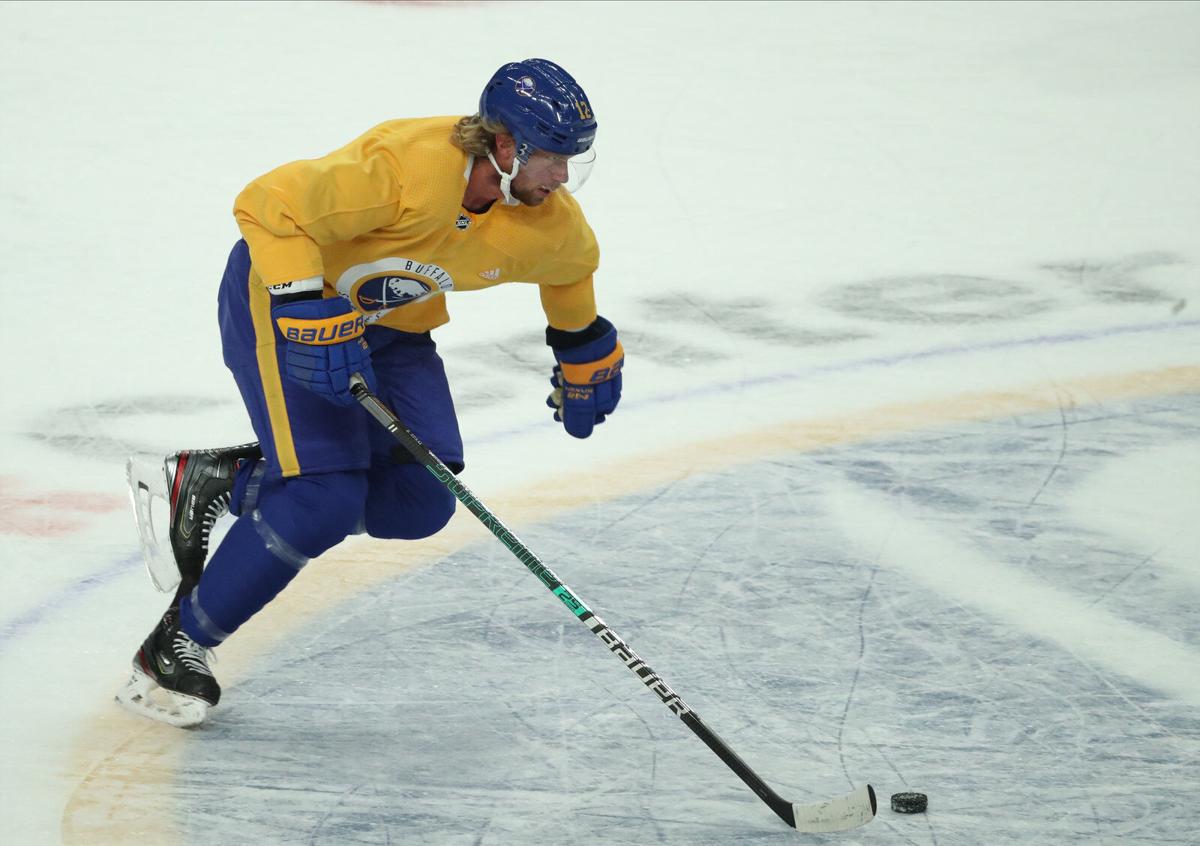 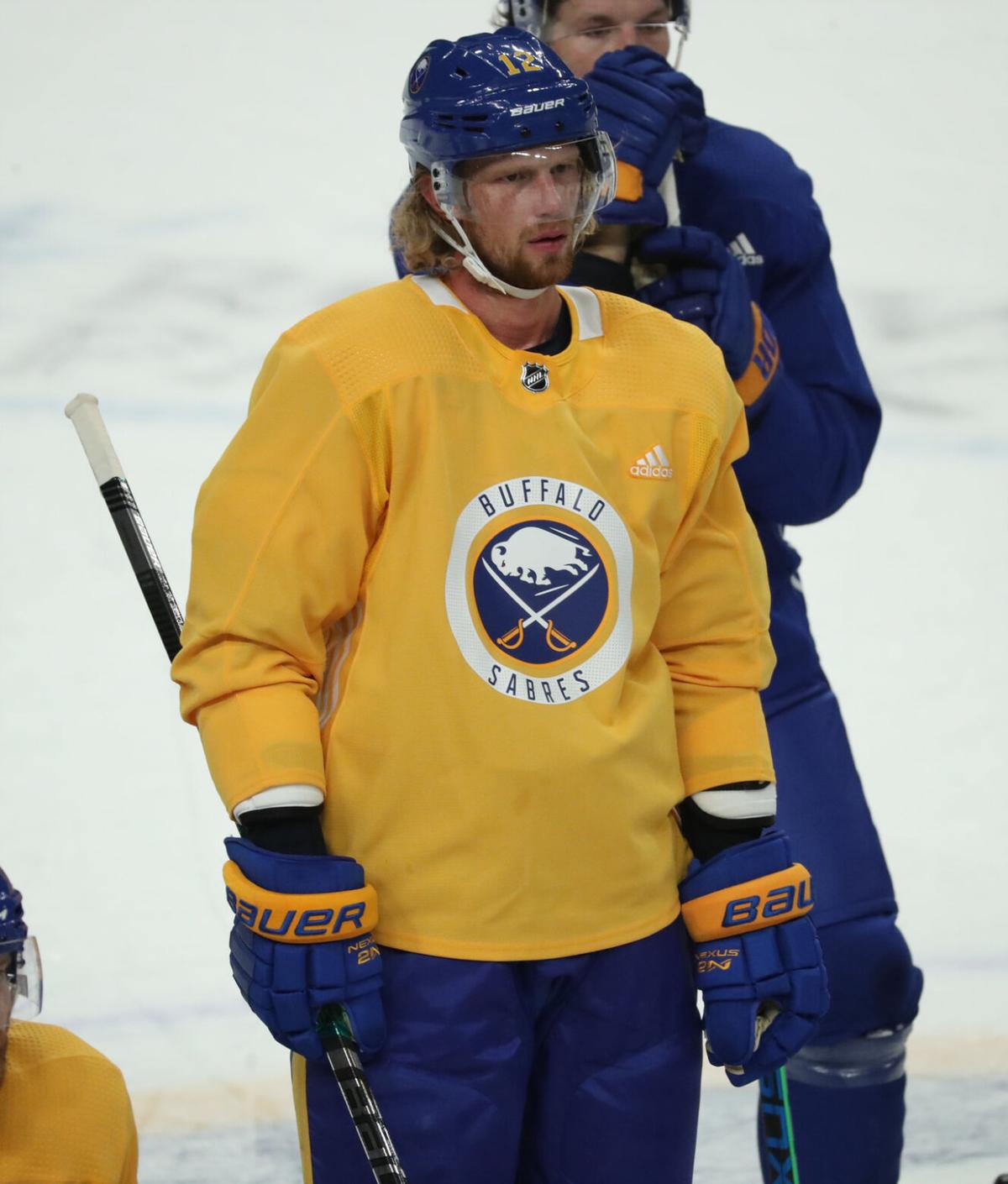 You can point to the penalty kill and the goaltending as main talking points for the demise of the Buffalo Sabres' 2019-20 season and you'd be right. But coach Ralph Krueger has another theory as well.

Krueger has mentioned several times how the club's pair of six-game losing streaks derailed the season, and how he's often pondered what he could have done differently during them. Cut one of those skids in half and the Sabres are in the Toronto bubble in August.

The Sabres were 0-10-2 during their two droughts – there's that word again – and had no time left to overcome the second one. It was a season-killing run of six straight regulation losses immediately after acquiring Dominik Kahun and Wayne Simmonds at the trade deadline. They scored just 10 goals.

In recent years, this team simply can't handle much adversity in a game or from game to game. That's where Eric Staal comes in.

He's 36 years old, has played more than 1,200 games and has a Stanley Cup on his resume you might remember. The 2006 Carolina Hurricanes will always be the team that stole Buffalo's Cup and 6-foot-4 Staal was a key reason why, with an NHL-leading 28 points that spring.

The Sabres acquired Staal from Minnesota in September for Marcus Johansson to improve their lineup on the ice – and their intestinal fortitude off it.

"I think that's the case with a lot of younger teams and guys that maybe don't have that experience," Staal said after the second day of Sabres camp Saturday in KeyBank Center. "So for me, it's about the details, the day to day parts of the process.

"The biggest thing I think is when you're in a little bit of a rut, to make sure you have that pushback as a group, that next game that you are engaged in and know that you really have to dig your way out. ... It can snowball quickly and with the amount of games we play, you just need to have that ability within your group to bounce back."

There's always been a murmur in the Sabres' dressing room that personal accountability hasn't been that high. You've sensed that dedicated veterans like Josh Gorges, Carter Hutton and Kyle Okposo have been disturbed by it but can't really make the point too much because their games have lagged at times.

Staal may have more instant credibility. He's averaged 28 goals and 60 points the last four years in Minnesota while missing just four games in that span.

"It's just being that voice or even being that player on the ice to push the group to make sure we're engaged when the opportunities are there to get back in the win column," he said. "Because that's what it's all about. So it'll be a fun process."

"He's such a natural leader, such a solid human being," Krueger said. "So that alone and the experience that he brings with him adds extreme value to the group. He wants something to happen here and he believes something's going to happen here ... You don't feel the age at all in his spirit."

Of course, there's a major on-ice factor too.

Staal fills the No. 2 center role that's been a black hole behind Jack Eichel since Ryan O'Reilly was traded to St. Louis in 2018, and allows the Sabres to slowly bring along 2019 first-round draft pick Dylan Cozens.

"He's going to take a ton off of me," Eichel said before camp began. "He's a horse. He's played in our league for so long, had so much success. He continues to produce offensive numbers every year, and so I think he's going to add a huge dynamic to our group ... Both on and off the ice, somebody I can continue to learn from, somebody I can watch every day and see how he goes about his business. Someone I respect and I watched growing up, so it's really cool to have a guy like that in our locker room."

Staal's presence creates more balance in the lineup, as a second line of Staal between Skinner and Sam Reinhart gives the Sabres another legitimate threat.

"We're naturally going to have more breathing room, especially on the road with the lineup," Krueger said. "Every line will have some element of threat to it, which is important. But Eric's especially, that's going to be high-level threat."

Skinner, a former Staal teammate in Carolina, was hanging out in his parents' backyard in suburban Toronto when he found out Staal had been acquired. At first, Skinner said he thought his father was playing a joke on him. Not so.

"He's a good, strong centerman. He's got a lot of speed," Skinner said. "... He wins a lot of battles and he creates a lot of space out there with how big he is and how fast he can play. And that's always nice when you're a winger."

Staal carries the optimism you'd expect on Skinner's quest for a bounceback year and seems particularly intrigued with Reinhart, who's had three straight 20-goal seasons.

"You can just see the skill level, the hockey IQ is there," Staal said. "As a centerman you love to play with guys like that who are smart hockey players that know where to put the puck. His shot is pretty lethal. ... I don't think he shoots the puck enough but I'll try and get that out of him maybe a little bit more this year."

The trade to Buffalo was initially a shock to Staal but the Sabres then added Taylor Hall to their mix a couple of weeks later. Two major new faces to change the team dynamic.

"It's about moving forward with this group and just finding a comfort zone and a niche within this group of guys," Staal said. "Two days on the ice under my belt and I've got a little ways to go before we start for real, but it's been a lot of fun and I'm excited about it so far."

If you're like me, you've probably got post-holiday visions of Dylan Cozens in royal blue dancing in your head, writes Mike Harrington.

John Muckler, coach and GM of Sabres during tumultuous 1990s, dies at 86

Muckler coached the Sabres for parts of four seasons from 1991-1995 and is fourth in franchise history in wins after posting a 125-109-34 record.

Any frustrations from his disappointing second season in Buffalo appear to be gone. Jeff Skinner is back to smiling and wowing his teammates with his mastery around the net.

Less than 20 minutes before their first training camp practice of the season, the Buffalo Sabres started the new year by announcing some bad n…

Ralph Krueger may have lost another top forward to an injury on the second day of Buffalo Sabres training camp.

Mike Harrington: Even in this bizarro world, it was great to see hockey again

Nearly 10 months after they were last together on the ice as a team, the Buffalo Sabres were finally able to reconvene Friday in KeyBank Center.

As Taylor Hall stood in line during his first training camp practice with the Buffalo Sabres, the former Hart Trophy winner marveled at the sk…

The deal between the NHLPA and the league for the 56-game schedule was a complex one, coming with the need for all the protocols to navigate the pandemic.