If you watched Arizona’s throttling of Buffalo on Saturday, then you noticed forward Jeff Skinner playing on the wing of Jack Eichel.

It shouldn’t sound like a revolutionary idea to play your best offensive forward with your strongest playmaker, but it’s a combination that coach Ralph Krueger has shied away from in his first season. There are a few competing reasons for why this has been the case – Krueger has tried to blend the talent throughout the lineup to create more balanced lines, and Skinner missed a stretch of games because of an upper-body injury.

Skinner has been the victim of some criticism this season because of suppressed scoring rates. I think that’s a combination of him setting an exceptionally high bar last season and his missing time with injury this season. Even if you adjust for those games lost, Skinner’s scoring is at a level we haven’t seen since the 2014-15 season:

At any rate, this is a problem for the Sabres if it’s something more severe than an extended scoring slump – the team committed to Skinner last summer with an eight-year, $72 million extension through the 2026-27 season. Any time you offer up a bag of money like that to an impact forward, then turn around and get 35th percentile scoring, it is an issue.

Some of this is simply noise. Consider his power play production: Skinner hasn’t scored a goal in 135 minutes played. That seems painfully bad, but Skinner’s historically only averaged about 1.8 goals per 60 minutes on power plays in his career. If Skinner had just a pair of goals, he would be about in line with his career average. He also has had some poor luck when it comes to scoring contributions, too – Skinner historically gets a point on 65% of power play goals scored, but this season he’s at just 23%.

The real issue is at 5-on-5. Skinner’s scoring rates here have crashed, but not because of his goal scoring. Skinner is putting the puck in the back of the net at around the same rate he has over the last five seasons. What has changed: Skinner is carrying the scoring burden for his entire line, and his teammates are scoring at the lowest rate we have seen since the 2013-14 season in Carolina. (Pay specific attention to how different 2018 and 2019 are.)

Just look at that dropoff. Skinner’s teammates have been 46% less effective at finding the back of the net this season versus last season. And, the Sabres have become more reliant on Skinner to drive his own line’s scoring – in large part because the team has generally kept him away from the team’s other stars.

Krueger has been reticent to split Eichel from Sam Reinhart, which leaves one spot left on the team’s top line. Victor Olofsson has been a nice fit, but that’s displaced Skinner to anchor his own line from time to time and Olofsson also missed time with injury. If we look at the teammates Skinner has played with from last season to this season, you can see why offensive production might have tapered:

What you saw last season was a top-heavy team that had a blisteringly productive top line. What you see this season is an attempt to blend some of the team’s more competent offensive players through the lineup, with obviously limited effect. Part of the issue is the team simply not having enough weapons beyond the top line. Part of the issue is that Skinner’s most valuable commodity is his finishing ability. That complementary skill can make a player like Eichel better. When you dress a finisher like Skinner with forwards who can’t create or finish, it has an adverse impact on all involved – including Skinner.

This Skinner season feels a lot like his final year in Carolina, where struggling teammate production devalued him in the market and made him available at a fraction of the cost to Buffalo. I wouldn’t sour on Skinner quite yet – his slowed scoring rates this season seem to be disproportionately impacted by teammate performance, which is a good sign for Skinner, but perhaps a bad sign when evaluating the roster as a whole.

Next steps for Jack Eichel, Sabres uncertain with 12-week period of rest complete

Eichel, 24, the Sabres’ captain and star center, begrudgingly finished the recovery plan provided to him by the Sabres’ doctors, despite his public preference to undergo surgery on a herniated disk in his neck.

Assessing possible candidates to coach the Sabres in 2021-22

General manager Kevyn Adams plans to conduct a thorough search that will include candidates from “a lot of different backgrounds,” but he said coaches with a strong track record in player development will have an edge. 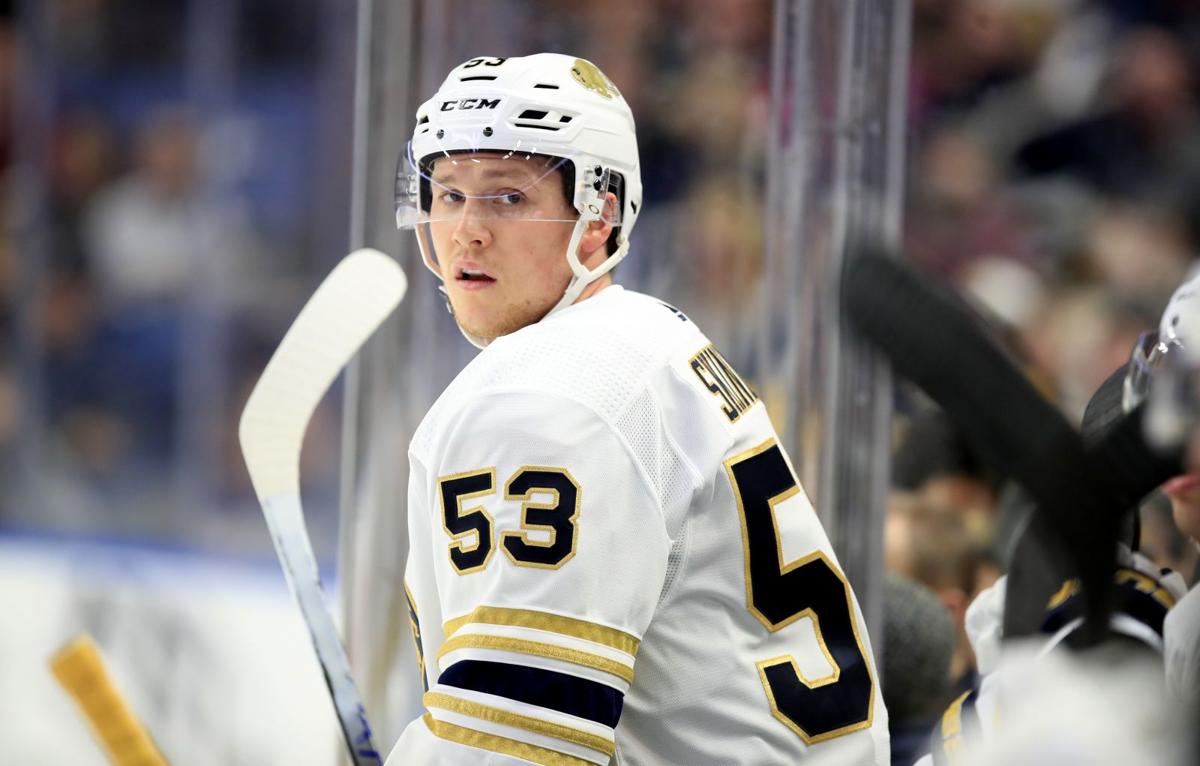 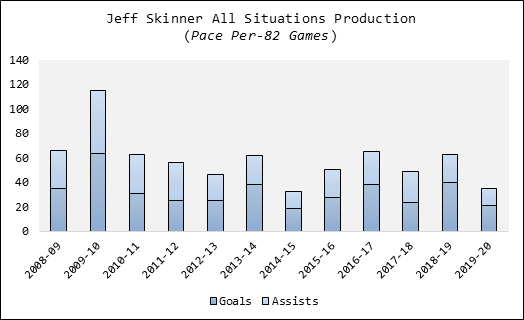 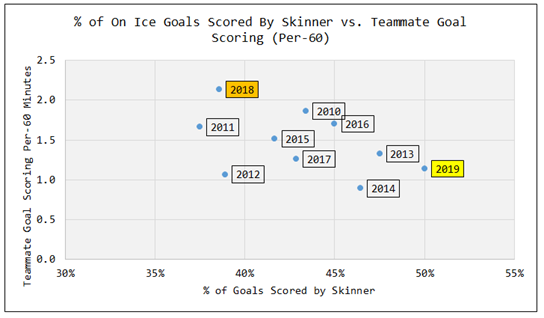