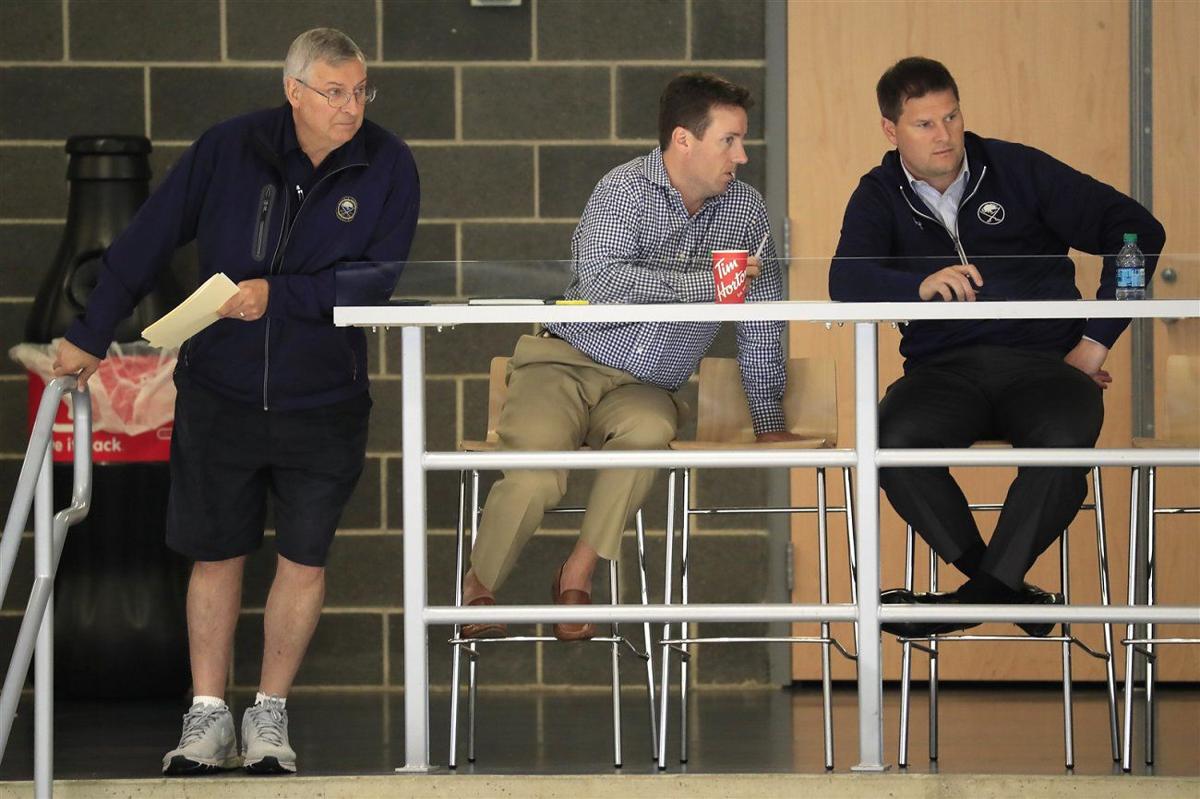 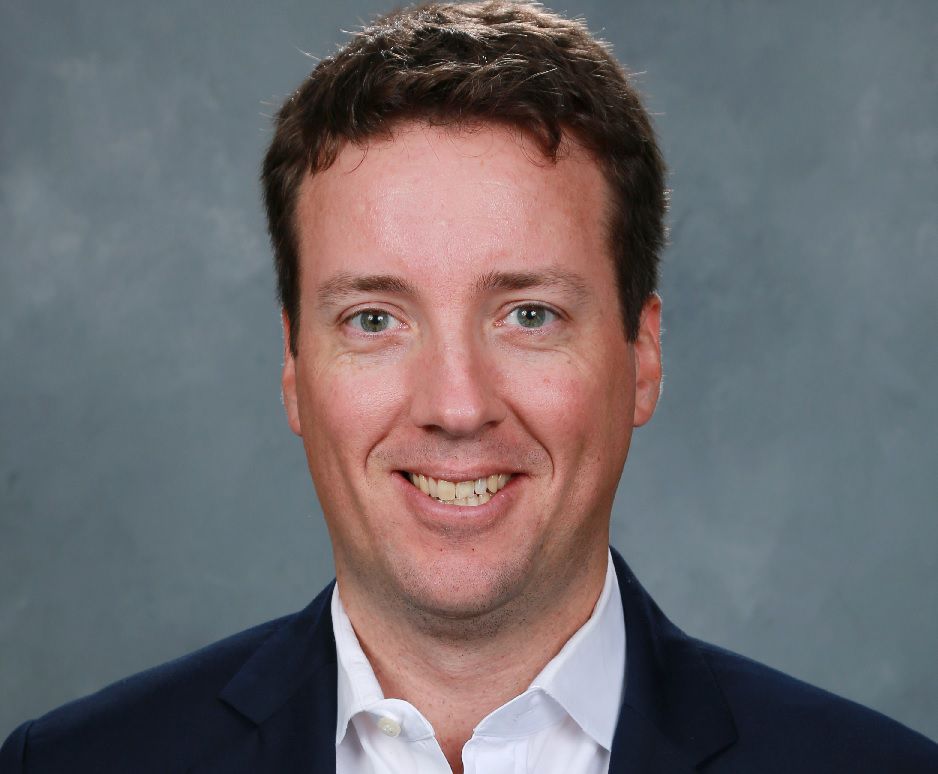 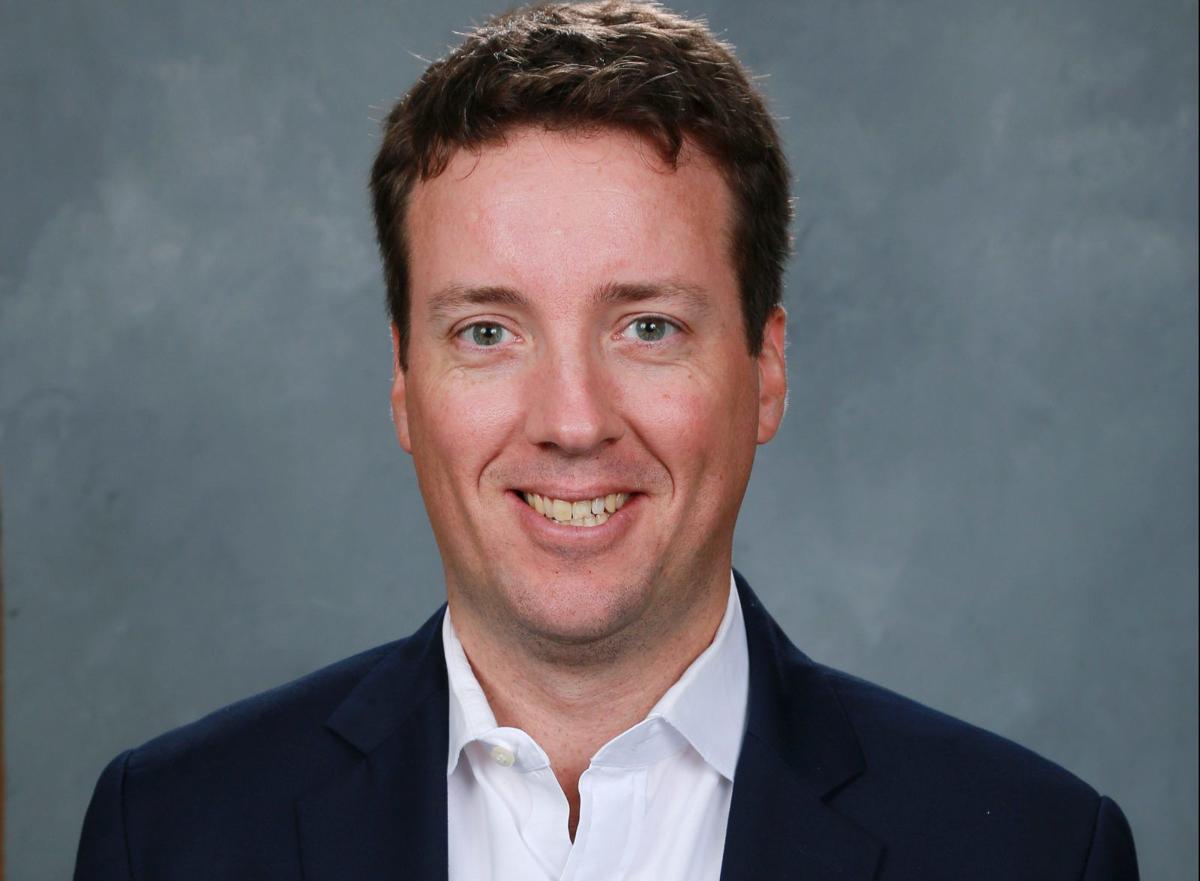 Steve Greeley would get up with the sun, head to the golf course and hope for the chance. The teenage caddie was a hockey fanatic, the kind who poured over the Boston Globe's NHL stats page every Sunday, and Bruins executive Mike O'Connell golfed at Greeley's club. The kid loved to carry O'Connell's bag.

"I used to bribe my brothers or other kids to let me take Mike's bag so that I could spend time around a general manager and kind of network and get to know him," Greeley said. "If I one of my brothers got it, I'd be like, 'I'll give you 10 bucks to let me take him.'"

It was money well spent. Not long after a four-year playing career at Boston University, Greeley tired of the finance world. He wanted to work in hockey.

"As I was sitting in a desk in banking, I sent letters out to a bunch of the general managers," Greeley said. "Mike O'Connell had recently been fired by the Bruins and went to Los Angeles. Three months after I sent Mike O'Connell a letter, he invited me over to his house for a cup of coffee.

"Honestly, 24 hours later I was on an airplane to Los Angeles interviewing with Dean Lombardi."

The Kings' new GM liked what he saw, hiring Greeley as an amateur scout in 2006. It started a journey that's led Greeley to Buffalo as one of the Sabres' assistant general managers. He and Randy Sexton form a front-office triumvirate with GM Jason Botterill.

Other teams have taken note of Greeley's ride. Carolina recently interviewed the 37-year-old for its open GM job, a sign he's a rising young hockey mind.

"It's flattering," said Greeley, who saw the interview as a sign the Sabres are doing things right. "Obviously, our record is not great, but I think we're doing things the right way. I think Jason's got good people working for him. The Pegulas have brought nice people in.

"It was flattering, and it's nice to have your name out there. It kind of acknowledges that we are going to be going in the right direction."

It's clear Greeley sees good things ahead for Buffalo. He oversees the pro scouting staff and player development department. He knows who's in the system.

"You come here and see Jack Eichel and Mittelstadt and a high first-round pick this year, we know we have high-end talent," Greeley said. "Certainly, we plan on adding to that this summer, so that's exciting. We are going to have a young core of very good players, and to me that's a good thing."

It's easy for beleaguered Sabres fans to be skeptical or beaten down when it comes to prospect talk. But Greeley sounded sincerely optimistic, enthused about the future rather than mired in the present. The front office has had to deal with this pain for only eight months, so the three GMs are still running on faith and adrenaline.

Greeley has seen a team rise from the ground. When he arrived in L.A. with Lombardi and O'Connell in 2006, the Kings had missed the playoffs for three straight seasons. They won the Stanley Cup in 2012 and advanced to the Western Conference finals the next season.

"I was able to join that group in the beginning stages, which I think has been extremely helpful in my career, seeing how they did it," Greeley said.

In 2013, after seven years as an amateur and pro scout for the Kings, Greeley made a career change. He joined his alma mater, becoming associate head coach at Boston University.

"When you're the associate head coach of a college team, your primary responsibility is building the team and recruiting players, identifying talent and convincing kids to show up on campus rather than go to the Ontario League or play in Europe or whatever it might be," Greeley said. "I looked at it as an amazing opportunity to see another side of the game."

Once again, his team rose from the ashes. The Terriers were just 10-21-4 during his first season. Eichel arrived on campus the following year, and BU went 28-8-5 and advanced to the NCAA title game.

But it was more than wins and losses for Greeley.

"When you're watching college hockey, you are watching like 14- and 15- and 16-year-old kids," he said. "You're able to create a book on players that is pretty significant. There's kids that committed to Boston University that still aren't on campus that I recruited, and I've been gone for three years. That's just how it works, so it gives you an appreciation of what's out there and what's coming."

In 2015, it was the New York Rangers who took note of Greeley. They hired him as the assistant director of player personnel, a job he held for two years before Botterill called last spring.

Though Greeley and Botterill had chatted and shared stories in rinks, it would be a stretch to call them friends at the time. They had a lot in common, though. Both played four years of college hockey and quickly rose through NHL front offices.

"I kind of bounced around from team to team in a good way," Greeley said. "Rather than kind of being in the same position for 20 years, I had learned different sides of the business, and he had done a little of that. I think there was no fear in bringing in a young guy.

"Obviously, Randy Sexton's experience speaks for itself, so it was a pretty good combination."

Sexton, who was GM of the Ottawa Senators and Florida Panthers, and Greeley joined the Sabres on the same day in June. Botterill named Sexton as general manager of Rochester and tasked him with running the amateur scouting department, complementing Greeley's work on the pro side.

"In Buffalo, we do really work together," Greeley said. "We kind of have our hands in everything, but Jason has certainly defined our roles, which brings clarity and a lot of structure. I do a lot of working with the pro staff, our player development staff, NCAA and European free agents. Randy obviously has Rochester and really works a lot with our amateur side.

"You can kind of see how it gets in both sides. As the GM of Rochester, you're obviously involved with the pro staff, too, and that's how we incorporate all three of us. We might have clearly defined roles, but we're all helping each other."

In addition to his experience in scouting and development, Greeley is an easygoing talker. Owner Terry Pegula wanted to improve communication in the organization, and Greeley is teeing off on the challenge.

"He was a great coach for me when I was at BU," Sabres center Evan Rodrigues said. "He's a very down-to-earth guy, and someone who's really personable and easy to talk to. Whenever I was in a lull or anything at BU, he would always be a guy that I could just walk into his office and talk to him about anything from hockey to off ice. He's just a great guy."

Though deadline was quiet, Botterill vows changes for Sabres

Rick Dudley will be working elsewhere in the National Hockey League next season.

The tally of firings by the Buffalo Sabres on Tuesday appears to be 22, as the team updated its directory. The Sabres fired General Manager Jason Botterill and appointed Kevyn Adams to replace him. Scouting was the hardest hit area, which is not unusual when a general manager gets fired, but the scope of the firings was surprising. Among

Inside the NHL: In tough times, spirit of cooperation looms large in CBA deal

In the midst of all this wackiness, while trying to plan training camp and the August restart of a season that has been on pause since March, …

Who's left? Meet the 15 who survived Sabres' purge

The few people remaining inside the Buffalo Sabres’ hockey operations department will work with new General Manager Kevyn Adams to prepare for the NHL Draft and scout playoff games if the league is able to hold its 24-team return-to-play format. During a 30-minute interview with The Buffalo News on Wednesday, Adams gave no indication how many employees he plans

A hockey stick and puck that produced one of the most disappointing moments in Sabres history has been added to the voluminous memorabilia collection of Washington Capitals captain Alexander Ovechkin. Former Pittsburgh Penguins defenseman Darius Kasparaitis took to Instagram on Wednesday showing a Miami Beach meetup with Ovechkin.  The Lithuanian blueliner used it to present “The Great Eight” with

Before firings, Sabres had extended contracts for assistant GMs during season

The midseason extensions, which were requested by GM Jason Botterill and approved by ownership, ensured he and his two assistant GMs would be under contract through the 2021-22