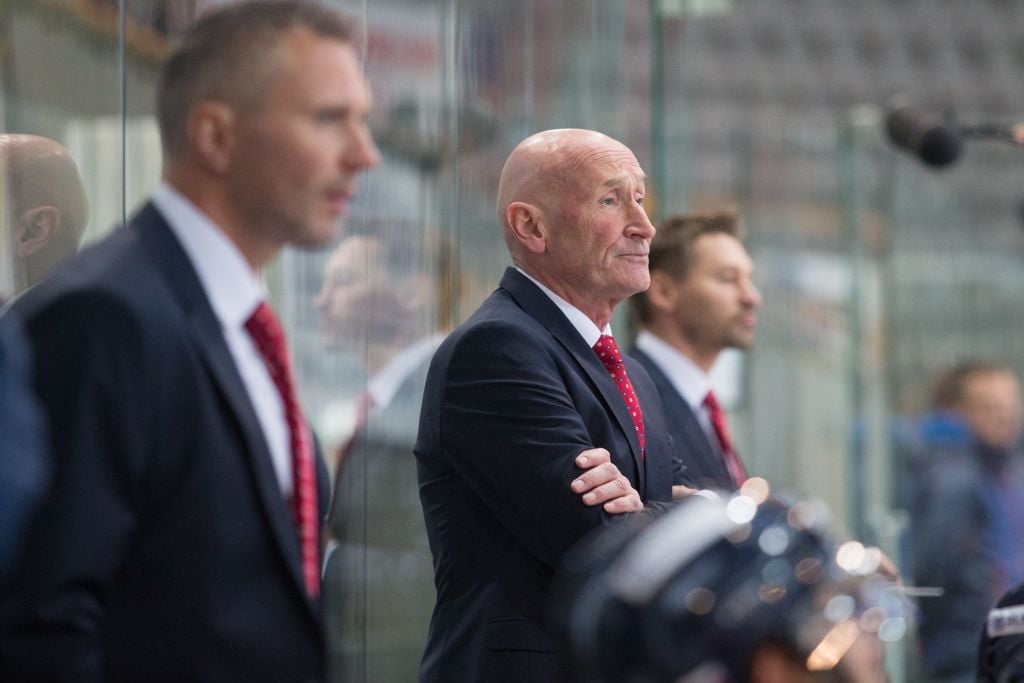 Slovakia coach Craig Ramsay (center) looks on during a MECA game between Slovakia and France, in Hamar, Norway, in December. (Getty Images) 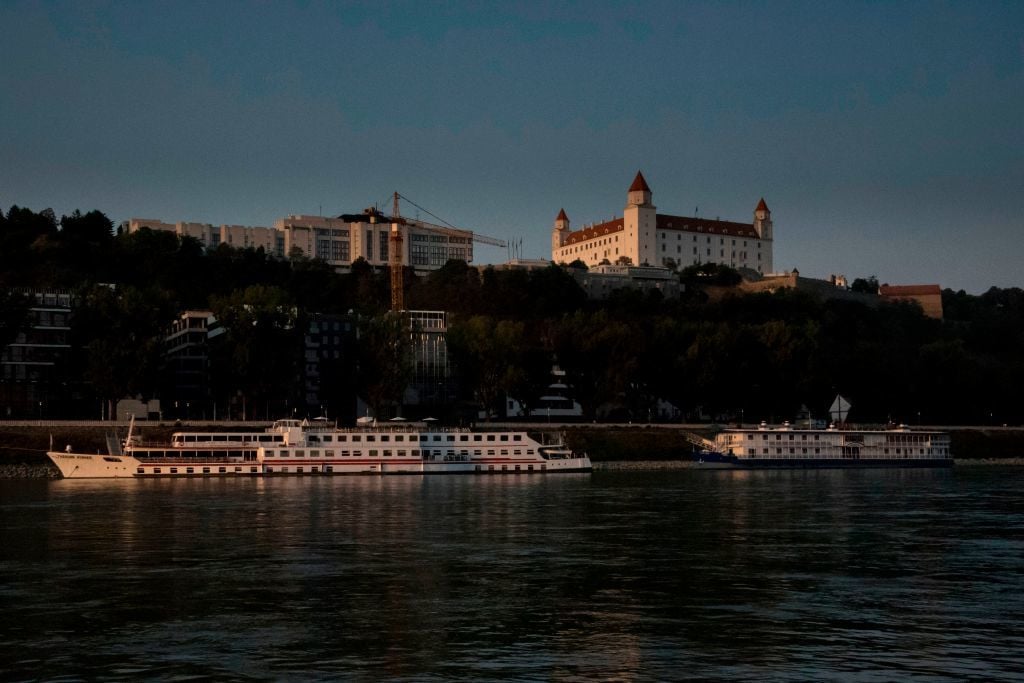 It's a familiar tale of Buffalo, beer and people.

Craig Ramsay was standing at the bar in some watering hole in Augsburg, Germany, in November when he heard a group of men speaking English. In short order, he learned they were Americans who were working in the city of 280,000.

"Little bar in the hotel," Ramsay said by telephone from Slovakia. "We had finished our meeting and had dinner, and there were maybe 15-20 people in the place at the most. I heard some English, so I walked over and said, 'Where are you from?' and they said, 'Buffalo.' They were just two Buffalo guys sitting at the bar.'

Thirty-three years have passed since he played his last game for the Sabres, but Buffalo fans still remember Rammer. A few years ago in Tampa, he handed his credit card to his son Brendan and asked him to pay a dinner bill. The cashier looked at the name on the card, looked at Ramsay's son, and handed it back.

"You're not Craig Ramsay," the man said. "I used to boo him from the oranges back in the day."

At least that was Ramsay's version of the story. It's hard to fathom anyone in the Aud booing old No. 10 during his career with the Sabres. He was a relentless penalty killer alongside Don Luce in the 1970s. He had eight 20-goal sea1sons, played 776 consecutive games at one point, was named the NHL's top defensive forward in 1984-85 season and retired.

Ramsay remains among the most intelligent and consistent players in franchise history, a hockey lifer who played for 14 seasons and shared his passion and knowledge for 30 more. He was revered for his work as an assistant coach long before he won a Stanley Cup with Tampa Bay in 2004 with two other guys who had Buffalo connections, coach John Tortorella and winger Dave Andreychuk.

So when old friend Miroslav Satan came looking for a coach last summer after he was named general manager of the Slovakian national team, he knew exactly where to turn. He offered the job to Ramsay, who couldn’t resist an opportunity to become a head coach in the 2018 Winter Olympics.

"I'm excited about it," Ramsay said. "The concept of doing it still kind of fools me. Every once in a while, you think, 'Is this really happening?' I do think back to how in the heck this ever happened. It wasn't like it was in my heart to say, 'Let's coach the Slovak national team' but here we are."

Satan, who remains in the top 10 in goals and points in Sabres' history, also is one of the more intelligent minds you'll find in the game. For years, he negotiated his own contracts in the NHL because he didn't understand the logic in hiring an agent for an assignment he could handle himself.

After he was appointed general manager of Team Europe leading into the 2016 World Cup, Satan wanted to change the way hockey was coached and played at all levels in his home country. He grew tired of seeing the neutral-zone trap and asked Ramsay to implement his style, which was geared toward speed and skill.

Ramsay hasn't had much time with his new team because most of his players are playing in other professional leagues across Europe. They reunite for international tournaments, finishing second behind Russia in events held in Germany (where he saw the Buffalo guys) and Norway.

The competition Pyeongchang will be considerably stiffer despite the absence of NHL players. Professional players from other leagues will participate. Russia, Sweden and the Czech Republic are expected to be strong. Canada and the United States have plenty of talent without current NHL players.

"It's been quite interesting," Ramsay said. "I want them to be successful. We're trying to do so many new things. It's hard enough when you have them six days a week, let alone a few days at a time. We're not quite good enough, but our goaltending has been spectacular. I just don't want them to give up."

Former NHL stars Michal Handzus, Lubomir Visnovsky and Vladimir Orszagh helped Ramsay make the transition and overcome the language barrier while serving as assistants on the national team. In turn, he's showing them how to coach. He coached against Marco Sturm, who played for Ramsay in Boston and Florida and is now Germany's general manager and coach.

Ramsay is one of the classiest, most selfless people you'll meet in hockey. He makes you want to root for Slovakia, knowing how much time he invested in the game and how much he appreciates the experience. No matter what happens, he's been given a chance to add a new chapter to his life at age 66.

Certainly, it counts for something.

Ramsay has been living in an apartment in the nation's capital, near the historical and cultural hub known as Old Town. While looking out the window, he described the view in the distance of the Bratislava Castle, built in the 9th century, sitting atop a hill overlooking in the Danube River.

"It's an amazing opportunity and an amazing adventure that we're on," Ramsay said. "I'm sitting here in Bratislava watching the sun go down."

With each shift, shot on goal, drive to the net and forecheck, Okposo and Zemgus Girgensons are showing media members across North America that tanking isn’t on the mind of any player in the Sabres’ dressing room.

“All our guys need experience, they need situations. It’s the only way they’re going to learn," coach Don Granato said.

Casey Mittelstadt, Henri Jokiharju out at least a couple weeks with injuries in Sabres' opener

The team will be without its No. 1 center and one of its top-pair defensemen for an indefinite period.

Slovakia coach Craig Ramsay (center) looks on during a MECA game between Slovakia and France, in Hamar, Norway, in December. (Getty Images)