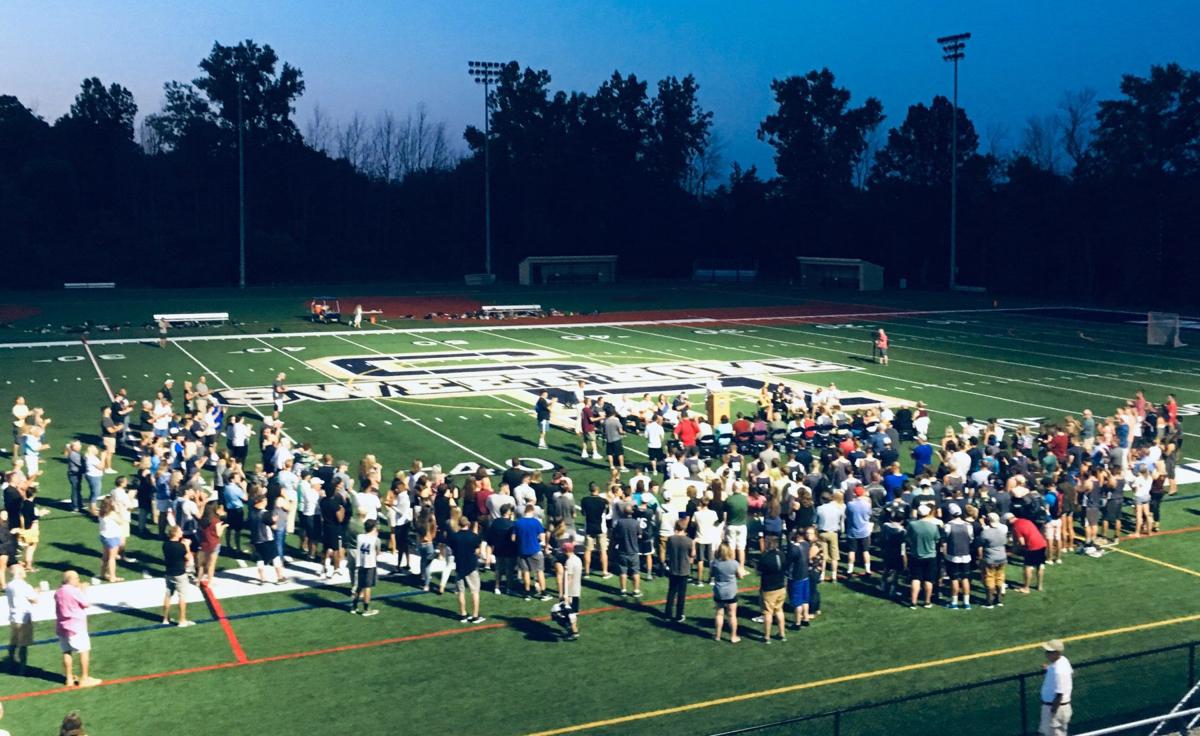 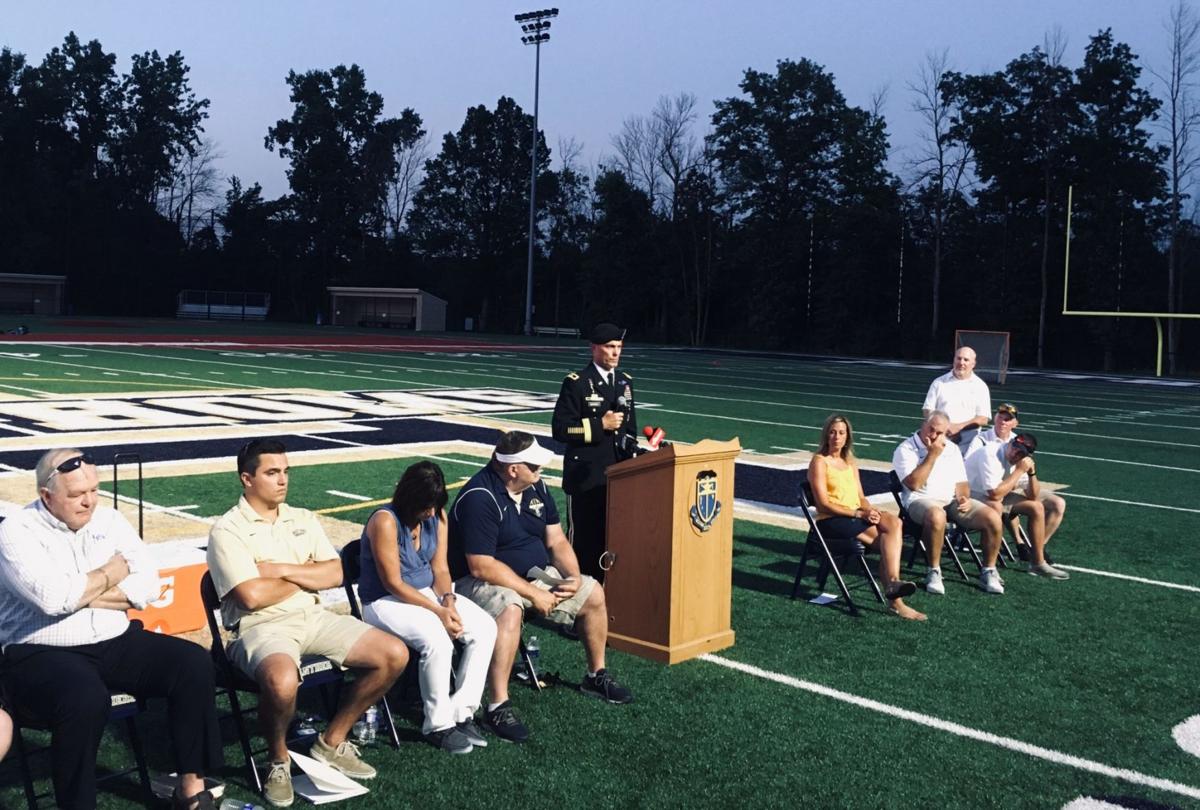 A single stadium light standard has shone on the Sweet Home Turf Complex every night for the past two weeks in tribute to a fallen coaching icon.

Close friends, coaching colleagues and former players choked back tears as they spoke about the lessons learned from Faller, on and off the field, and how he influenced their lives as much as their games.

“That legacy that John has created will continue to flourish and shine bright through his players, his students, his fellow coaches, his family, his friends, officials and, most importantly, his grandchildren,” said Ed Greenway, the Williamsville East lacrosse coach who took over as Section VI chairman following Faller’s retirement in 2017.

“My grandpa would’ve loved it,” said Nate, a 2017 Sweet Home graduate. “I’m sure he would’ve been crazy happy with the turnout. We are his family, but he had so much family beyond us. Every person he touched, every kid he coached.”

U.S. Army Maj. Gen. Brian Mennes traveled from Fort Drum to pay his respects to Faller and share how that coaching message shaped him to make critical decisions at each of those ages.

After graduating from Sweet Home in 1984, Mennes had the choice between playing lacrosse for Princeton University and the U.S. Military Academy at West Point.

“I visited West Point and I was attracted to the people there because they reminded me of you,” the uniformed Mennes said. “People that John would want on his team. So I decided to go there when I was 17.”

Seventeen years later, Mennes was serving overseas on Sept. 11, 2001, when he learned about the terrorist attacks. When his commander told him to help locate a counterattack target in Afghanistan, Mennes responded, “Hey, you probably got the wrong guy. I’m just a lacrosse player from Buffalo.”

“Oh no,” Mennes was told. “You’re exactly the right guy.”

“I learned, at 34, that John had a bigger lesson,” Mennes recalled. “Of patriotism and honor. A person that demonstrated loyalty to people and institutions. Understood that we had duties to each other. That we need to be selfless.

“As I was leading people during very difficult situations, I always tried to serve honorably. That my people would be directed to do things that was honorable, that I could protect the people that I was operating around, primarily because of lessons John taught us.”

A handwritten note from Faller hangs on the wall of Mennes’ office at Fort Drum. Sent two months ago to congratulate Mennes on becoming the commanding general of the 10th Mountain Division, Faller, an Army veteran himself, included an action photo of Mennes playing lacrosse for Sweet Home.

“I was so impressed that he would take time to write and thank me for my service,” Mennes said. “But really, as I wrote back to him, it should be thanking him for what he’s done for us.”

Mike Faulks, a close friend and assistant football coach of Faller’s for 33 years, closed the ceremony by illuminating the audience about the stadium lights tribute.

“Because we played all our games at 7 o’clock at night, this light has been on from 7 a.m. to 7 p.m. every day,” Faulks said. “I come over here and workout at about 4:30 in the morning. And I’ll tell you, the last two weeks, it has been really hard to pull into this parking lot and see this light shine on the field.”

“As you leave tonight,” Faulks concluded,” just look at that light. That’s him shining bright on us. And it’s been that way for the last two weeks.”

Nearly 12,000 people have signed an online petition encouraging the New York State Public High School Athletic Association to move its competitive cheerleading competition because of a vaccine requirement at Rochester Institute of Technology.

Here are the All-Western New York teams and all-league teams for girls cross-country as selected by the coaches.

Here are The Buffalo News' boys basketball polls through games of Jan. 16.

Lancaster, Lewiston-Porter stay at No. 1 in News girls basketball polls

Here are The Buffalo News' girls basketball polls through games of Jan. 16.

Butera's play led the Red Raiders to a 12-1 record and he finished the season with 2,341 yards on 271 carries and 36 touchdowns, while also catching a team-high 21 passes for 417 yards and eight touchdowns.

Glover, an All-Western New York second-team selection last season, entered the game 16 points away from the magic number and now has 1,015 points.

Ciezki, a Penn State signee, broke the mark of 1,776 set by Raeann Stillwell, who graduated in 2011 and who is in her first season as an assistant coach with the Lancers.

Teams are selected by area coaches and based on performance during the season.

Here is the field hockey honor roll for the 2021 season, as selected by coaches.