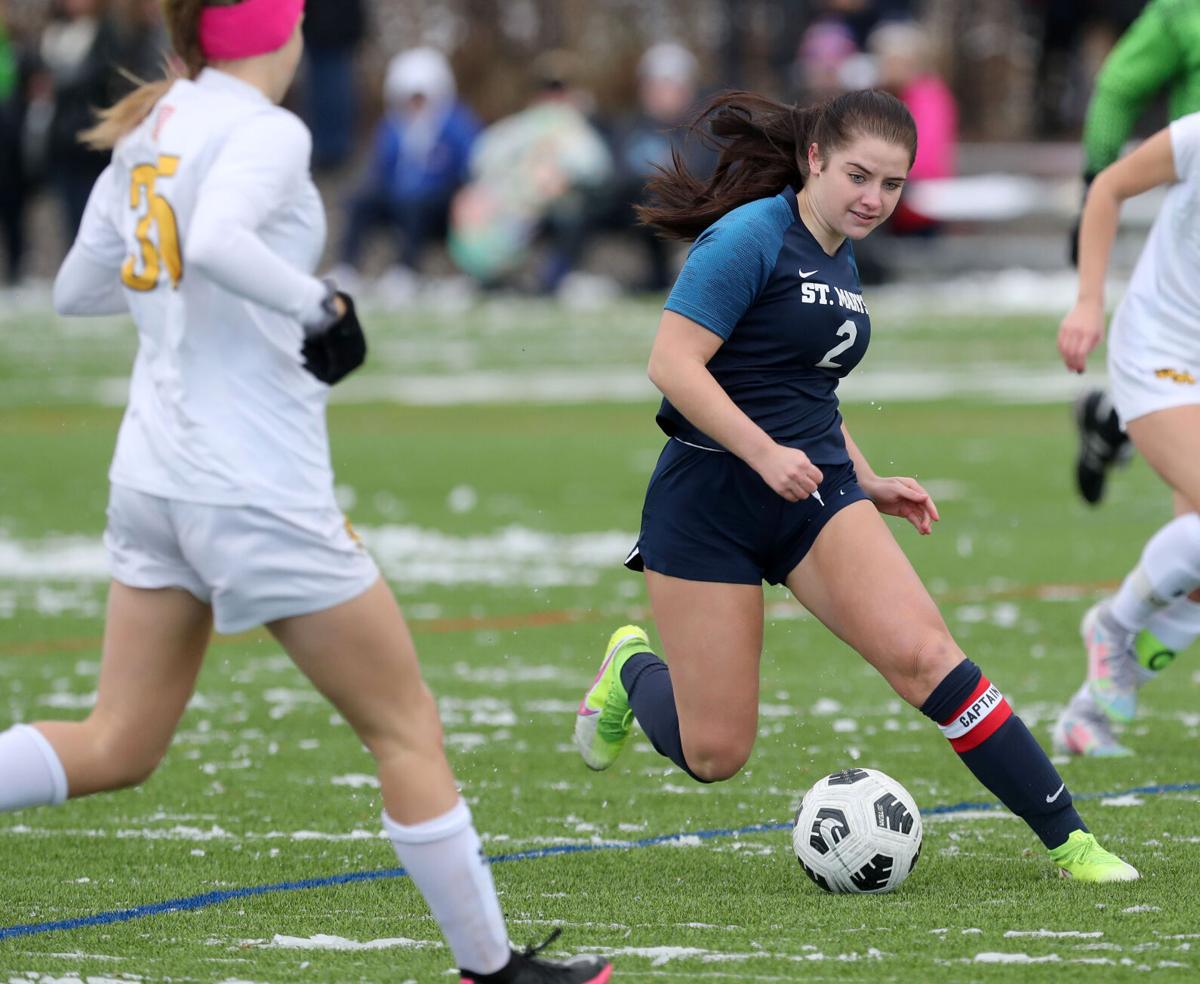 Shae O'Rourke of St. Mary's dribbles past Tess Jablonowski of St. Anthony's in the first half of the state Catholic final. 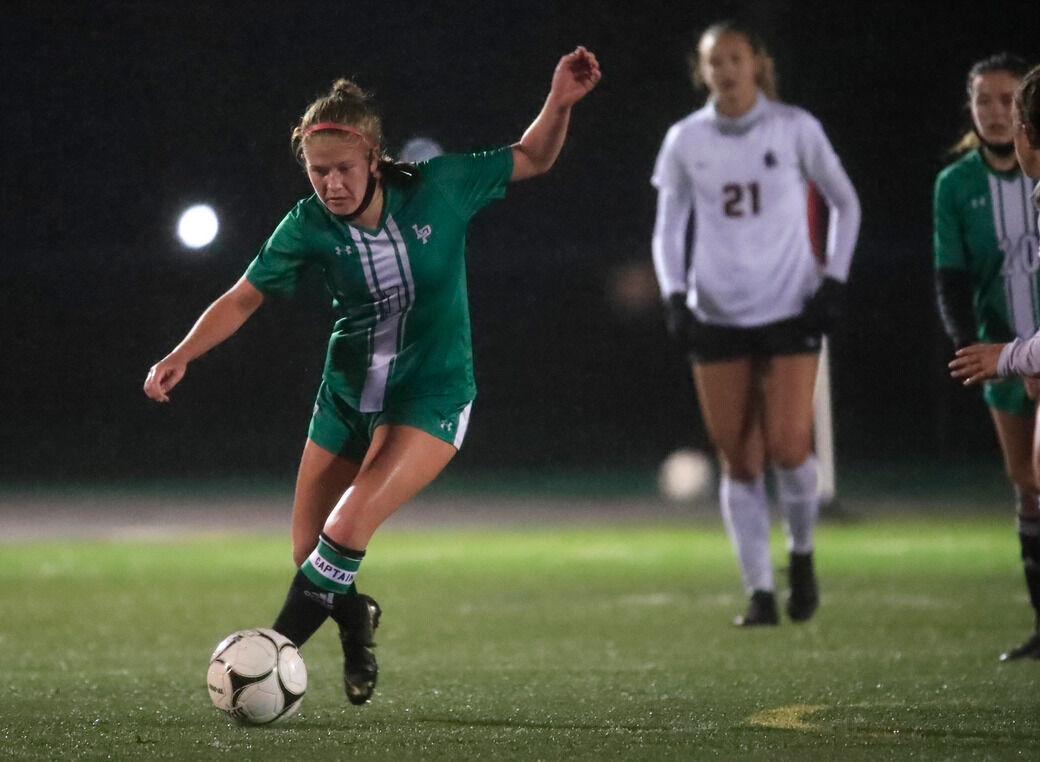 Stars of the region’s two girls soccer teams to reach state championship games capped their seasons with state player of the year honors from the New York State Sportswriters and Coaches Organization for Girls Sports.

O’Rourke, who was recognized as the state girls soccer player of the year regardless of class last year by USA Today and Gatorade, finished her high school career with a school-record 136 goals and compiled 322 points with her 43 assists.

Woods, who made the Class A second team last fall, was second in Section VI with 94 points as a senior on 32 goals and 30 assists and tied a school season record for points.

She finished her career with 204 points, second in school history, and scored the overtime winner that pushed the Lancers into the New York State Public High School Athletic Association final. Lew-Port lost to Bronxville, 2-0, in the championship game.

O’Rourke and Woods each was joined by a teammate on the first team in her respective classes.

Gabby Gambino, who missed last season with a knee injury, was named to the first team in Class C. Gambino, a Clemson signee, finished her career with 145 points (46 goals, 53 assists).

St. Mary’s placed a third player on the all-state teams in Class C as senior defender Charlie Pawli, an Albany signee, was named to the second team.

In Class B, Lew-Port junior Sophie Auer was named to the first team. Auer, the Niagara Frontier League Co-Player of the Year, was third in Section VI with 88 points.

Nichols sophomore Linda Ullmark made the first team for the second consecutive year. Teammate Mirann Gagioch, the Ohio State-bound defender, was named to the second team.

Also in Class B, Uma Bhattacharjee, a junior from City Honors, was named to the sixth team. It marks the first time a Buffalo Public Schools girls player has been named to the all-state teams, according to coach Jason Milne.

The winner advances to the New York State Public High School Athletic Association Class A championship game at 3 p.m. Dec. 3 a the Carrier Dome in Syracuse.

Bennett defeated Section V champion McQuaid 26-14 on Tuesday in the Far West Regional to set up the semifinal showdown with Cicero-North Syracuse.

St. Francis is ranked No. 1 in the Buffalo News large schools poll and 12th in Class AA in the state Sportswriters’ poll. Iona Prep is ranked first in the state.

Balk gave her verbal commitment this week and is expected to sign her national letter of intent next week.

The Red Raiders found themselves trailing big in what ended up being a 38-22 loss Saturday.

Bennett gets the win that matters most, takes down McQuaid to reach Class AA state semi

Shae O'Rourke of St. Mary's dribbles past Tess Jablonowski of St. Anthony's in the first half of the state Catholic final.