Section VI girls basketball: Lake Shore's goal is to return to Buffalo State
0 comments
Share this
Support this work for $1 a month
1 of 2 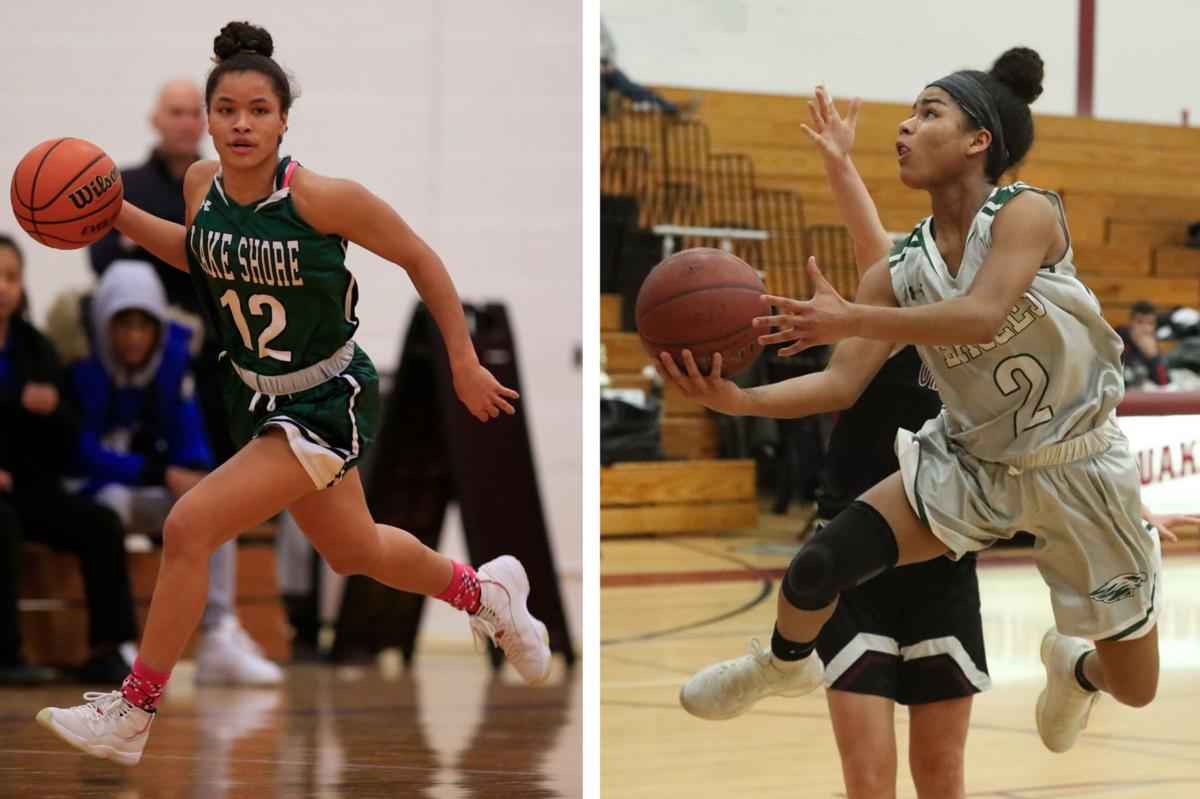 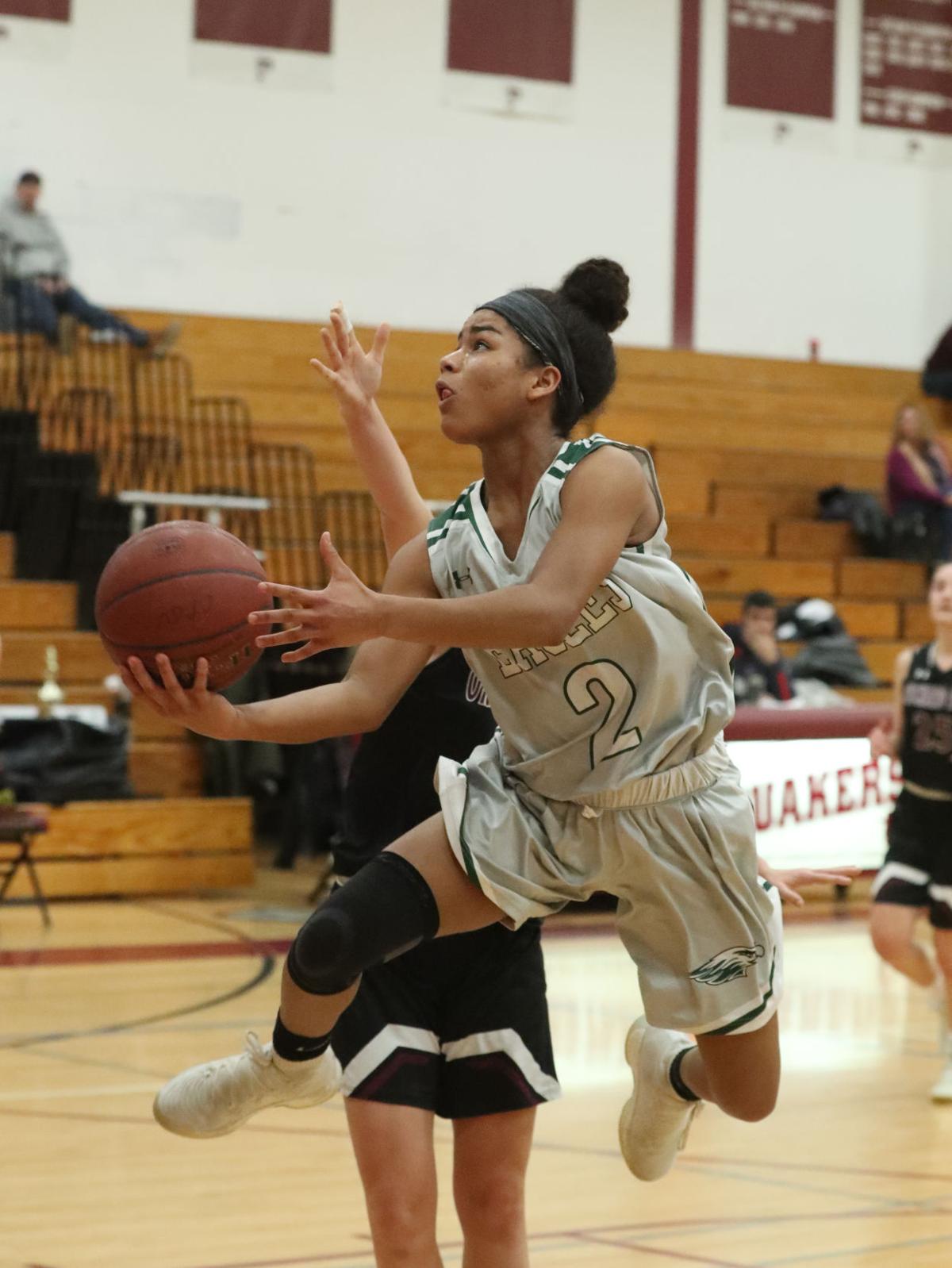 Lake Shore junior Noelani Cornfield remembers the feeling. So too does her twin sister Tashawni.

That sensation that comes from winning a Section VI girls basketball championship is exciting yet indescribable — even after the moment.

“It was very surreal,” said Noelani of the Eagles’ championship celebration after their comeback win over defending state champion Williamsville South in 2016.

“It was exciting for me because I was young,” added Tashawni. “I expected to keep winning but it’s kind of hard.”

That it is, but the Eagles would like to experience that triumphant feeling once again.

They are in a position to make a run as the top seed in Class A-2. However, their recent nemesis, two-time defending champion and News No. 1 large school Amherst (16-4), is lurking in the same classification once again as the No. 2 seed in the bracket.

The Eagles have lost in the sectional semifinals the past two seasons, with both season-ending defeats delivered by Amherst in nail-biting fashion. The teams did not cross paths in 2016 when Lake Shore won A-2 and then stunned Williamsville South in the overall Class A final.

“We want to go as far as we can go,” second-year Eagles coach Danielle Arnone said. “We try to press upon the girls to have vision. Every day in practice and games they need to have a vision so that we can push ourselves and be prepared for any game. ... Buffalo State is for sure a stop we want to make.”

And Amherst, a team that plays a similar style to Lake Shore, has been on the Eagles’ mind all season.

If they cross paths again, it can only be in the final due to how the seeds broke in the bracket. Lake Shore earned No. 1 on the strength of going unbeaten in ECIC III.

Still, in order for the Eagles to reach their final destination, they will need contributions from everyone to negotiate a challenging bracket that also includes familiar face Iroquois (15-5), which is ranked seventh among large schools and could be a potential semifinal foe of Lake Shore should the seeds hold.

The team just focuses on preparing for the game at hand. Starpoint (10-10) is on deck.

That’s getting ready to unleash its press on foes with the Cornfields and classmate Sophie Snyder leading the charge. The Eagles do not possess much height but make up for it with quickness. Noelani Cornfield leads their swipe brigade with 5.5 steals per game, followed by Snyder’s 4.6. Tashawni averages 4.3 steals. Tashawni Cornfield, the program’s all-time leader in points, averages 16 points and 8.1 rebounds, while Noelani averages 13.6 ppg. Snyder averages 12.9 points.

“I have a very quick team,” Arnone said. “For us, pressure is huge. You talk about Amherst’s press being a big part of their success. It would be the same thing for us, and being able to quickly get the ball up the court and in, taking advantage of transition points.”

“Those two and Sophie Snyder. They’re the three guards doing the work. They have good anticipation skills and good hands. They’re able to force steals. They’ve been a good part of our success this year.”

Returning to Buffalo State is the goal. Not only would it give Lake Shore a chance at the title but maybe even a chance to see an old friend, again, in Amherst.

“We haven’t been to Buffalo State in a while,” Noelani Cornfield said. “It’d be an accomplishment just getting as far as possible.”

St. Joe’s defender Alex Polisoto has committed to play Division I lacrosse at St. Bonaventure. Polisoto is a member of the Class of 2022.

Under the current calendar, winter sports end Feb. 21, except for teams playing deep into the postseason. The proposal would have started Fall 2 the next day.

Strong Frontier gymnastics gets stronger with return of a champion

What makes the Falcons' lineup even better is the return of Lea Philarom to scholastic competition.

Delisanti, one of the top golfers in the state, recently shot 75 at the Willowbrook Golf Course to claim his latest NFL title by two shots.

In her first cross-country race for the Tigers, as a sophomore, she finished second overall in the Knox Farm invitational in East Aurora.

At 8-0 and unscored upon, Akron field hockey leans on youth

Akron’s field hockey team came out on a tear that hasn’t stopped. The Tigers are 8-0, have yet to give up a goal this season.

Even though she went more than a year without playing a game, Skutnik has shown she still knows how to finish.

Nichols’ boys soccer team has used past disappointment as fuel for its unbeaten start and rise to No. 1 ranking in the Western New York Coaches Small Schools poll.

Pasqualetti has been named Track and Field News’ High School Girls MVP for the 2020 season.

In her first cross-country race for the Tigers, as a sophomore, she finished second overall in the Knox Farm invitational in East Aurora.