Support this work for $1 a month
Clevis Murray

Following Dylan Evans’ freshman season on Orchard Park’s junior varsity football team, he wasn’t satisfied. And rightfully so. He wanted to be part of the varsity program, not just as a player, but as a contributor and be like his predecessors and continue the Quakers' tradition of excellence on the field.

“I want to try out for varsity football heading into my sophomore year,” Orchard Park coach Mike Cieslik recalls Evans telling the coaches.

Evans' request was no different from any other freshman or junior varsity-level player. They all want to be part of the varsity team. For Evans, the challenge was prove that he was different.

“We get a lot of guys that say, ‘I want to play varsity football for Orchard Park,’ ” Cieslik said. “Our answer is, ‘Everything is a competition. We don’t hand out anything to anybody.’ The kids who work hard and earn it and deserve an opportunity are really presented with that opportunity.”

Evans' journey began during the fall of 2021, when the football season was rescheduled to the spring. Evans wanted to get some work in and volunteered his services to the team for seven-on-seven. When he arrived to participate, Evans was in the midst of a growth spurt. He grew from 5-foot-9 to 6-3, which impressed the coaches, and his new look wasn’t deceiving.

“It definitely took all of the coaches by surprise because they were expecting a little kid and, when I came back, I was making plays,” Evans said.

Having size is one thing, knowing what to do with it is another. When Evans hit the field he impressed the coaches with his ability to not only make players, but also his control on the field, and showing he clearly got better, exhibiting his genuine want to make the varsity roster.

“He had some God-given size that other people don’t have. I’m not going to lie, when we saw that size we were like, ‘If his work ethic ever matches that size, it’s going to be incredible,’ ” Cieslik said. “It really is a storybook ending because there are a lot of guys with size who don’t have the other pieces, and then there’s a lot of guys who have the other pieces but not the size. The fact he was able to put it all together along with his grades is fun and exciting.”

Putting the pieces together has led Evans to become one of the best wide receivers not only in Orchard Park's rich history, but in all of Western New York. He’ll begin one last playoff run as a Quaker on Friday as No. 2 Orchard Park (7-1) hosts No. 3 Bennett (2-6) in the Section VI Class AA semifinals at 7 p.m. The teams met earlier in the season, which was a Tigers win that was among those that were erased when Bennett forfeited its first six wins of the season due to an ineligible player.

“Heading into the playoffs we’re feeling confident,” Evans said. “We had a tough outing against them, but every team is beatable and our coaches have been game-planning the past two weeks to get us prepared.”

Throughout the season Evans has had to face double or triple teams simply because of the threat he is on every play. While he appreciates the attention, he's also a little irked by it.

“The double and triple teams can sometimes be a little annoying,” Evans said. “When they do that it definitely opens up other opportunities for my teammates to make plays. This season I’ve definitely improved from last season, I just think I’ve improved in every aspect and can do everything on the field.”

“He’s going to be a guy we talk about in Orchard Park for a long time and I know Dylan will come back and spend time with our future guys,” Cieslik said.

As one of the best receivers in the area, his production had caught the attention of multiple Division I programs. Evans has fielded offers from the University of New Hampshire, Vanderbilt, Purdue, Marshall, among others. After a long recruitment process and plenty of contemplation, Evans is heading to New Hampshire.

"There were a lot of coaches making promises that they couldn’t fill up,” Evans said. "New Hampshire started recruiting me during my junior season and I feel like that was the right fit for me.”

Born and raised in Boston, MA. My experience includes The Boston Globe, The Arizona Republic, The Athletic, The Tennessean, Bleacher Report and NBC Sports Northwest. Open to suggestions and connections: Cmurray@buffnews.com

Tunisia our inspiration says USA captain ahead of Netherlands match

Tunisia our inspiration says USA captain ahead of Netherlands match 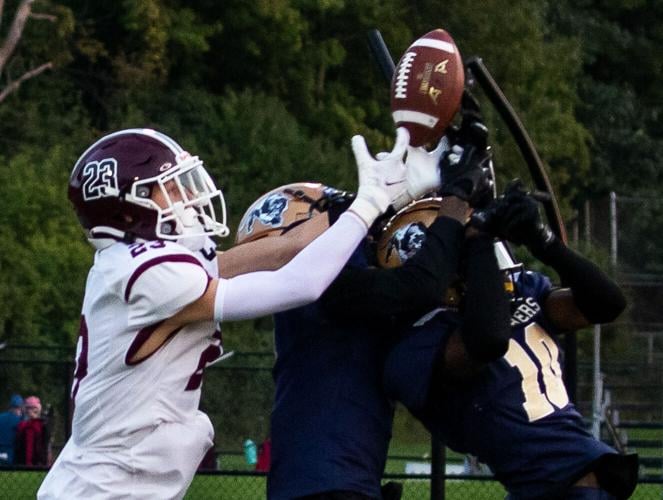 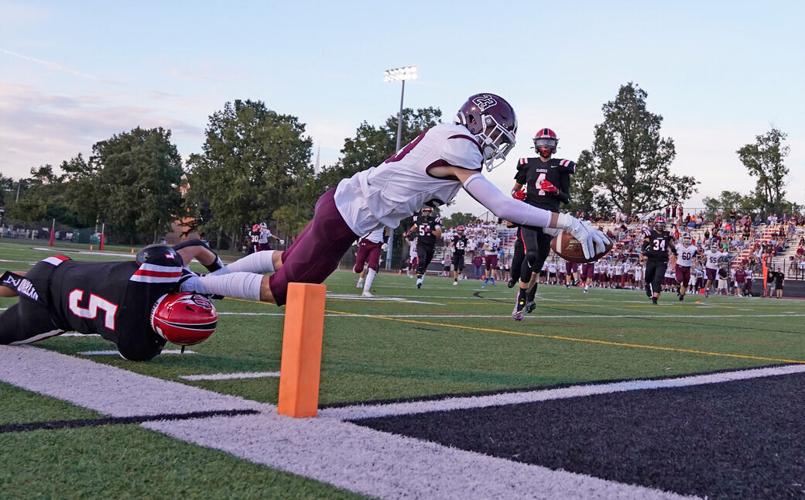 Orchard Park receiver Dylan Evans dives for the end zone and a touchdown against Clarence during the first half at Clarence high school on Friday, Sept. 2, 2022. 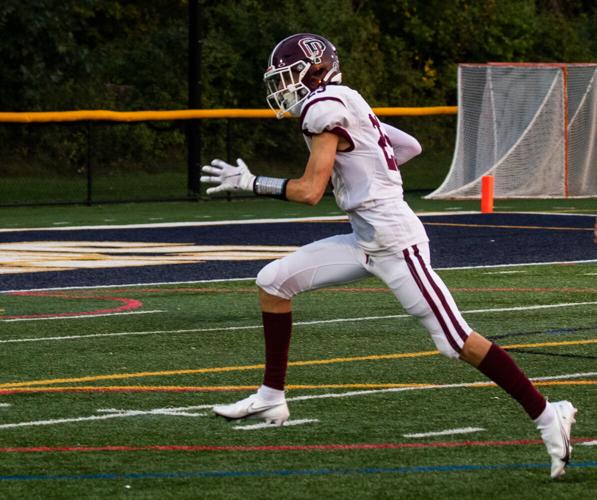 Orchard Park wide receiver Dylan Evans runs to the end zone with the ball during a football game against Sweet Home at Sweet Home High School on Friday, Sept. 16, 2022.