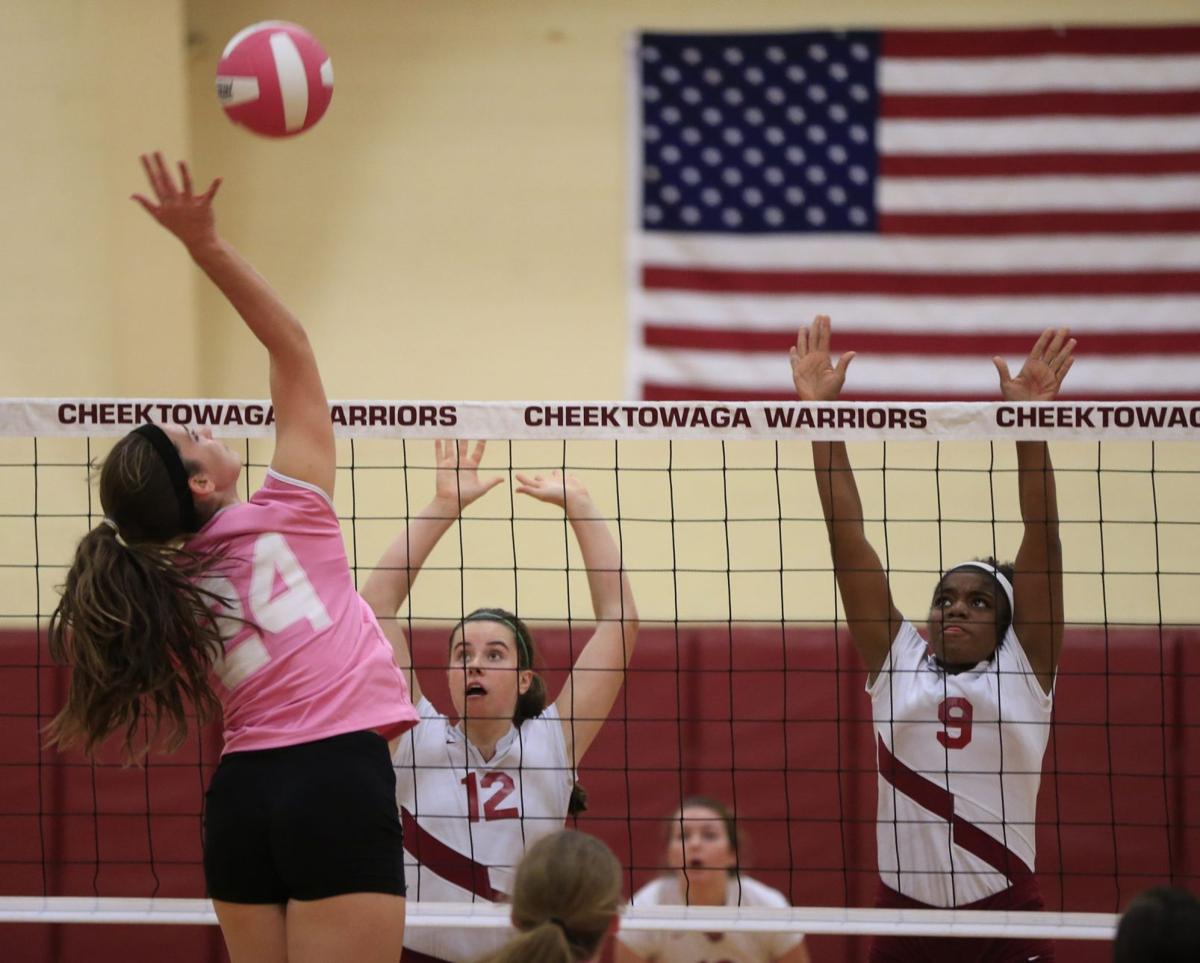 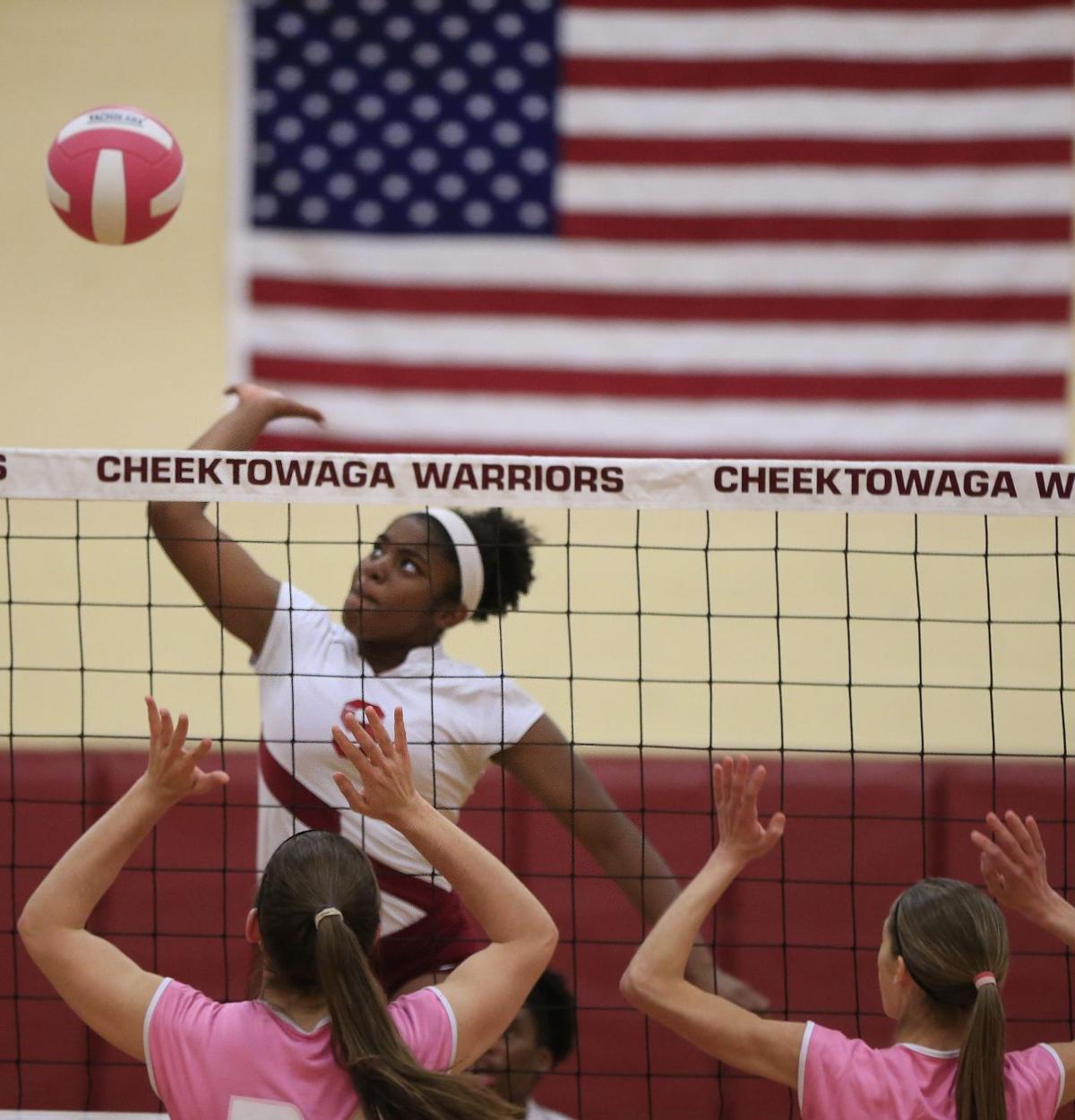 With its first ECIC I girls volleyball championship since 2002 already in the bag, No. 1 ranked large school Clarence finished its regular season by sweeping fourth-ranked Sweet Home, 25-12, 28-26 and 25-17, in a nonleague match. The Red Devils went 12-0 in division play and 20-2 overall. Sweet Home, the runner-up to Williamsville East in ECIC II, is 11-4 overall.

“This is the best team I’ve coached in my four years,” said Clarence coach Mike Meyer. “They were undefeated in the league which speaks for itself.

Meghan Neelon, a sophomore, had 14 kills and 10 assists for a Clarence team that went into the season with high expectations.

Neelon “was All-Western New York last year, Karly King was all-division and Gabby Pacatte was second team all-league,” Meyer said. “Players who are already all-stars, give them another year with a strong club season, and you have a strong team. …”

Williamsville East finished a 14-0 season in ECIC II with a sweep of West Seneca East. Melissa Mylak led the Flames with seven kills and four aces.

City Honors, playing as an independent outside the Buffalo Public Schools League, swept three sets from Cheektowaga. Makaila Banks led the Centaurs with 11 digs, 5 aces and 4 kills. Maura Gribbins had 10 digs and two aces for Honors, ranked sixth in the small school poll.

Eden and Albion were two lower seeds to advance in Section VI boys soccer prequarterfinals. Adam Mbuia, who had scored four goals all season, had five in Eden’s 6-0 win over Roy-Hart. Ryan Reed assisted on all three goals by Connor McQuillan as Albion topped Burgard, 7-0.

OP lost the first two sets and trailed 28-27 in the third before rallying for a five-set victory at St. Joe’s.

The Quakers won in four sets at home against the Marauders last year and two years ago the teams went five sets before OP won again.

“We started slow but luckily we really got going,” said Lexner, who coached his 300th career victory. “We just were able to start passing the ball better. It’s simple cause and effect: Pass better and you get better chances at the net.

“We definitely got our serve on track. We had eight aces the last three games after none in the first two.”

Jason Manley, a junior, led the Quakers with 12 kills.

Williamsville South wrapped up a second straight ECIC II boys volleyball championship with a hard-fought sweep of Williamsville East, 26-24, 25-18 and 26-24. Christian Graziano (11 kills), Ryan Nigro (10 kills) and Joe Zanelotti (five aces) led the Billies, who are 15-4 overall and finished 11-1 in the division. East was 9-3 in ECIC II.

Amherst said goodbye to three All-Western New York field hockey players and another all league selection from last year’s team which went undefeated until the Class C Far West regionals. So what did the Tigers do? They went undefeated again with one tie (against Iroquois of ECIC II).

Amherst, ranked No. 1 in the latest coaches poll, completed a perfect regular season Tuesday with a 5-1 win over visiting Hamburg. Senior captain Lacey Woite led the way in the victory with three goals. McKenna Rushford, a junior, had a goal and an assist.

The coronavirus pandemic meant that high school spring sports were canceled, and several thousand senior athletes in Western New York did not …

The neighborhood football rivalry between Lancaster and Depew once grew so intense that it was suspended for eight seasons. That was way back – 1933 through 1940. The schools are only 3.5 miles and 10 minutes driving distance apart on a normal day. “But it’s a 45-minute trip on game day because of the traffic heading to the game,”