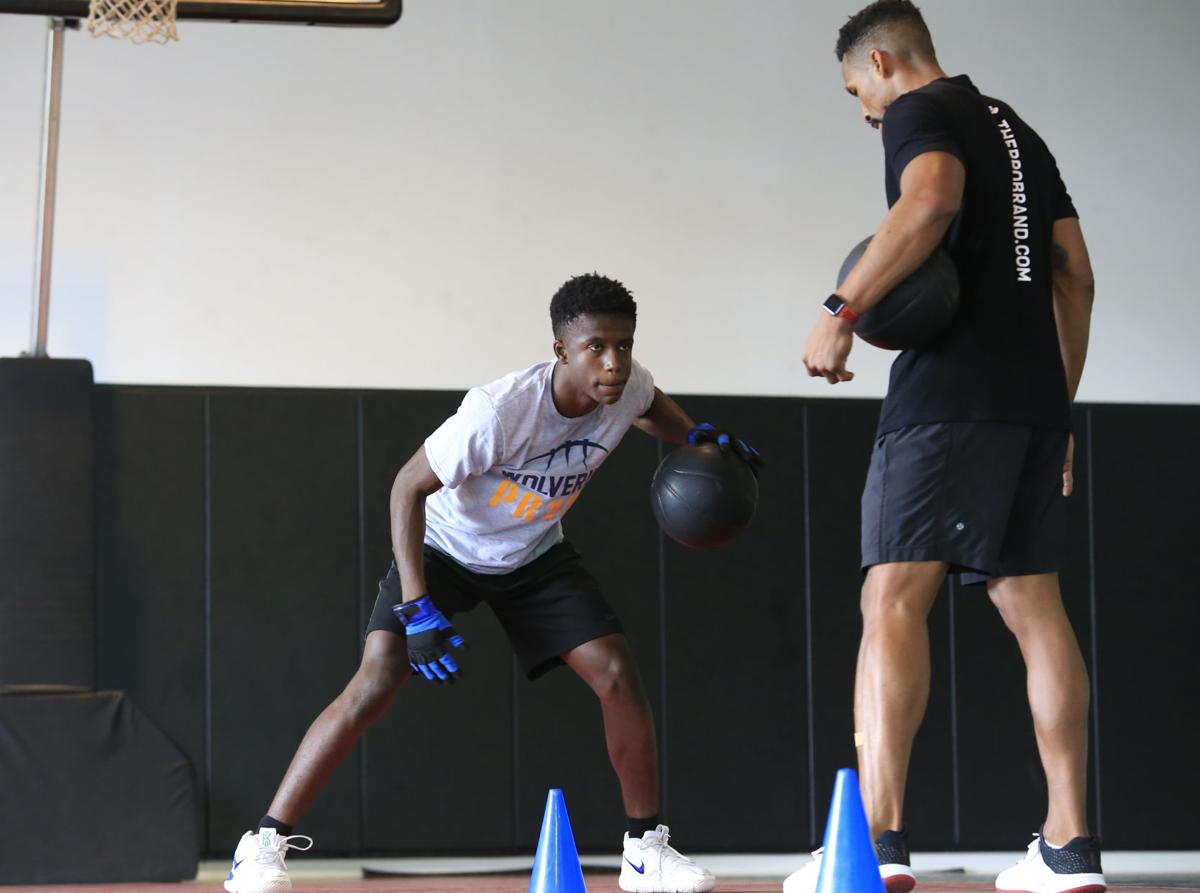 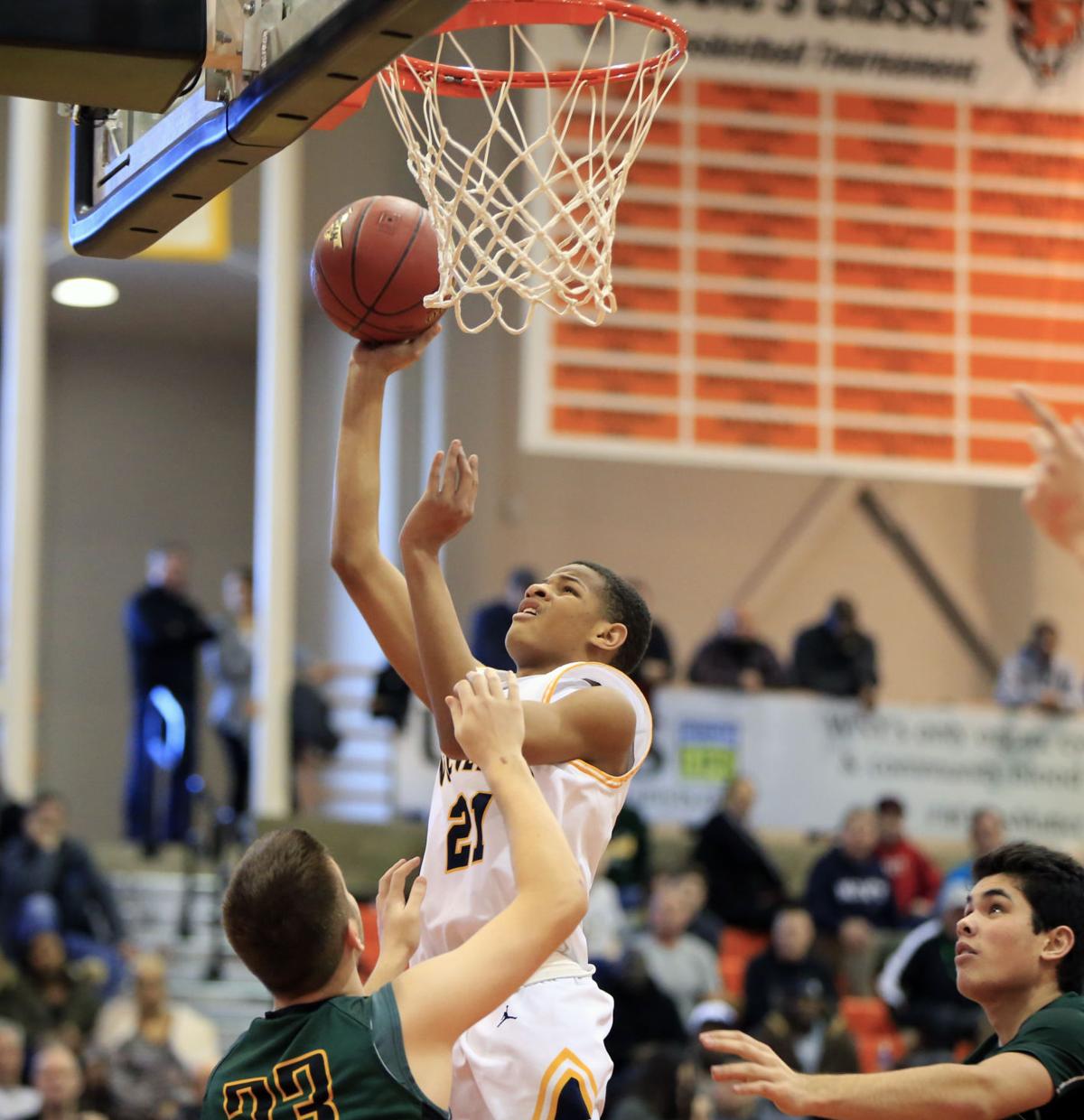 Willie Lightfoot and Roddy Gayle haven’t even started high school, but they already have scholarship offers from mid-major college basketball programs that want them to play for them in four years.

The practice of making nonbinding scholarship offers to eighth-graders has been going on for decades, but the type of schools doing the offering has changed as the recruiting landscape has shifted.

“Eighth-graders have gotten offers for a long time, but usually it's the high majors that are doing the offering early," said Paul Biancardi, a former college coach who now is the national recruiting director for ESPN. "I haven’t heard of a lot of mid-majors that offer to kids in eighth grade.”

Lightfoot and Gayle played on the varsity at Niagara Falls High School last season as part of a team that won its third consecutive Section VI Class AA title.

Lightfoot averaged 7.7 points per game and 2.7 rebounds. His first offer came from Canisius College on April 25. He soon added offers from the University at Buffalo, Youngstown State and Stony Brook.

Gayle, who averaged 12.8 points, 4.3 rebounds and 3.2 assists, picked up an initial offer from UB, but thanks to his performance as part of WER1, a nationally known AAU program in the Under Armour Association, he has added an offer from Rutgers University.

“I didn’t expect it at all,” Lightfoot said. "I’m not really worried about it right now, just trying to get better and get in the gym."

Niagara Falls coach Sal Constantino is helping Lightfoot with his recruiting, along with family members who have been providing support. Gayle, who is expected to transfer to Lewiston-Porter High School in the fall, is working with his coaches at WER1, who routinely help players with recruiting.

NCAA rules prohibit college coaches from contacting high school basketball players until June 15 after their sophomore year, but that does not prevent prospects from knowing which schools have interest. College coaches communicate with high school or AAU coaches, who then pass on information.

Summer camps and tournaments are opportunities for players to showcase their skills, leading to offers. July is particularly busy, as the NCAA has three evaluation periods where college coaches are allowed to watch players and communicate with a player or his parents. The last evaluation period of July begins Wednesday and runs through Sunday.

Jeenathan Williams, an incoming freshman on the UB basketball team, attended a team camp with the Bulls as a freshman in high school. Soon, he had an offer to come to UB in the fall of 2018.

It was just one of many that Williams, a Rochester native, would eventually receive, including from powerhouse programs such as University of Virginia, University of Pittsburgh, North Carolina State and Syracuse University.

After giving Williams an offer, UB coach Nate Oats stayed in contact with Williams' high school coach at the time and continued to invite him to games and camp. That kept him in the running when college coaches could contact players. The relationship even withstood Williams' transfer to national powerhouse Prolific Prep in Napa, Calif.

Williams committed last September and UB had a rare four-star recruit ranked among the top 125 players in the Class of 2018.

This was all part of Oats' strategy, one that he has developed in his four years as head coach.

This is also not the first time Oats has offered an eighth-grader, as he offered point guard Preston Murphy Jr., now a rising sophomore at Elkhorn South High School in Omaha, Neb., when he was an eighth-grader. Murphy, who graduates high school in 2021, also has an offer from University of Nevada, Las Vegas.

Canisius has also been following similar patterns, as it recently offered rising high school sophomore Greg Melvin, a 6-4 shooting guard from Virginia Beach. He was offered on the same day by Drake University.

Rennie Alston, one of Gayle’s coaches in the WER1 program, said that Gayle being a local player probably had an impact on him getting an offer from UB so early. Gayle was able to attend a camp in the spring and then received his offer in June.

“When he went up to that camp, he did really well,” Alston said. “He impressed the coaches, that’s one of the reasons they did offer him. I definitely think they wanted to try and get in early, especially with a kid like that being a hometown kid.”

Not all offers are equal

Constantino, who has been coaching at Niagara Falls for 13 years, makes sure he tells his athletes that not all offers are equal. It’s his belief that offers don't mean anything until the athlete is a sophomore or junior in high school.

“It’s really an odd thing,” Constantino said. “Today’s world is so different with offers being handed out almost like free food. One of the things Willie and I talk about all the time is that at the end of the day, with a young kid the offers don’t really hold anything.

"In four years a kid can say, ‘Hey coach I’m ready to come’ and the coach can be like 'Yeah, no it’s not there anymore.' ”

Not only are mid-major schools offering earlier, but they are offering more often to cast a wider net. UB has 40 offers out for the Class of 2019. Power five programs have an average of 18.

“I think the way it used to be, mid-majors would have the guys that were their main targets, but they would sit back and let the carnage get out of the way first before they locked in on a guy so they would know who was really serious about them,” said Eric Bossi, a national basketball analyst for rivals.com.

But this isn’t the case anymore, Bossi says. While top schools can get away with having a handful of offers out, mid-major programs need to make offers to more players because there is a greater likelihood that top players might go elsewhere.

“The only time I think where the alarm goes off with schools is if you see over and over again one school seems to offer anybody out there,” Bossi said. “At that point, you can start to see some cheapening of an offer and you are just like man, who won’t they offer.”

Lightfoot announced his first college offer on Twitter at 11:26 a.m. on April 25. Accompanied by five 100 emojis and an artsy photo of a packed gym in the middle of a game, the tweet got 60 retweets and 149 likes. This was a big reaction for a kid that had only created his account two weeks earlier.

In 2018, what’s an offer without an acknowledgment on Twitter?

Lightfoot’s was simpler compared to many others, who use graphics and multiple emojis to advertise their big news. It’s almost like it’s a competition nowadays, more offers equal more chances to tweet about the offers, which results in more engagement.

“Social media has changed recruiting,” ESPN's Biancardi said. “It’s given it more intense attention and more exposure. It’s also made recruiting a bigger animal than it already was because recruiting is an attention-getting game.

This in turns benefits mid-major schools, which are able to gain national attention just by being attached to a rising star.

“It gets your name, especially those first couple of years, constantly being brought up with them,” Bossi said. “Through that, you can help promote your national brand a little bit. There’s some benefits to be gained from it, there’s certainly nothing to lose.”

The social media age also means information is available any second. Coaches can not only see new highlights from a player they are interested in, but can also see anytime that player gets an offer. That helps mid-major programs keep close tabs on their recruits.

It's a long road from eighth grade to a player's name being inked on a national letter of intent. But, why not give it a go?

“It’s almost like, ‘Hey we might as well take a shot at this guy,’ ” Bossi said. “Especially if they think it’s someone that's going to turn into an elite-level national recruit. They figure they might as well shoot their shot and shoot if early.”

There are risks, of course, such as whether the player will continue to improve, gets injured or his dream school comes calling. But the offers are nonbinding for the players and the schools.

“It’s not like many kids are out there saying 'I need to go to that school because they were the first one to offer me,’ ” Bossi said.

There are mixed reviews on whether early recruiting is a good idea, and Christian Laettner, a Buffalo native who had a legendary career at Duke University and played in the NBA, opposes it. Laettner currently runs a series of camps for young players.

“I don’t like it, I don’t agree with it,” Laettner said at his basketball camp last month. “But if the mid-majors think that they have to do that (to be successful), I don’t think it’s right. The NCAA shouldn’t allow them to do that.”

Niagara Falls' Constantino said it’s difficult process any way you look at it, especially for the young players who are being faced with potential life-changing situations.

“It’s hard for the kids,” Constantino said. “They are two of the local kids that are getting most of the hype right now but so many of these young kids, they get all of this attention at a young age and they need to figure out who truly has their best interest, who is on their side. …