Subscribe for $1
Read Today's E-Edition
Share This
Erik Brady: Niagara legend Larry Costello to finally get his due in Basketball Hall of Fame
0 Comments
Share this
1 of 3 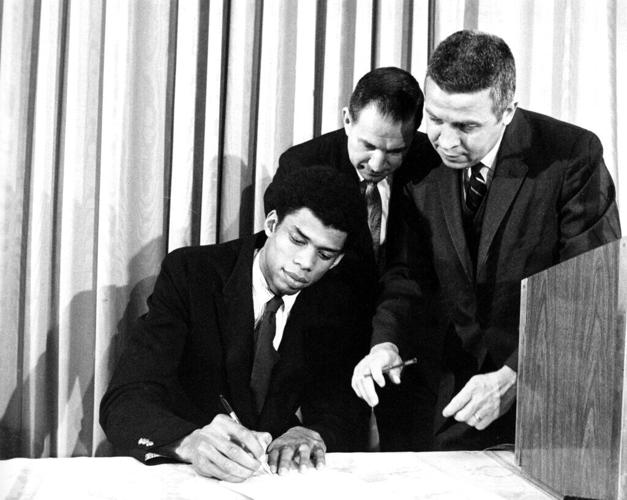 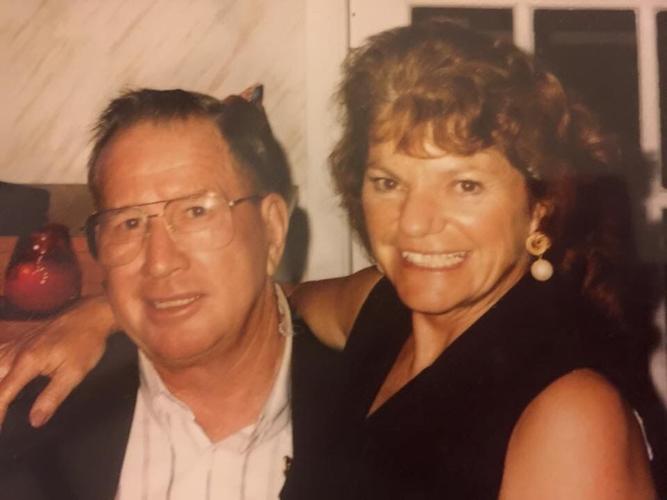 Larry and Barbara Costello, circa 2000. 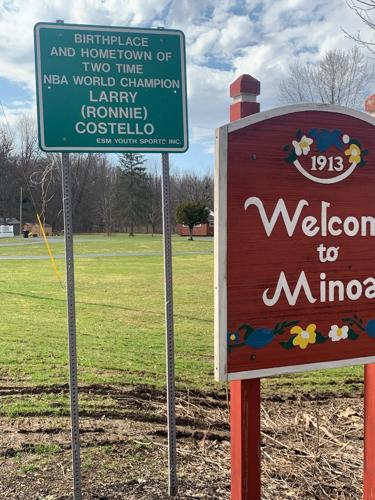 Support this work for $1 a month
By Erik Brady

Larry Costello is going to the Hall of Fame. It is the honor of a lifetime.

If only it had come during his.

Costello is the Niagara University great who played on one of the greatest teams in NBA history and coached another one – and yet somehow got consistently snubbed by the Naismith Memorial Basketball Hall of Fame.

Costello died of cancer in 2001, at age 70. This weekend he was announced as one of 13 members of the Hall of Fame’s Class of 2022. They will be enshrined in September.

“Dad always wanted this,” Lesley Costello Kirby told me on Tuesday. “He was nominated while he was alive. And I’ll be honest with you, it devastated him when he didn’t get in. He knew what he had accomplished.”

She paused to cry, softly.

“I’m sorry, but I get emotional when I think about it. Dad wanted it so bad. This is long overdue. Everyone I talk to says so. Here we are 20 years after his death, and it is a really big thing for my sisters and me.”

Kirby and her three sisters are leaving Wednesday on their annual trip together, this time to Dollywood, in Tennessee. They began the tradition after their mother, Barbara, died of cancer in 2008.

"We got together by Zoom on Saturday when we got the news about dad,” Kirby says. “But this will be our first time together in person since we heard. And I know it is going to be emotional for all of us.”

Jon McGlocklin, one of Costello’s former Milwaukee Bucks players, once said of him, “Larry was straightforward and direct.” And that directness was finally appreciated by a direct-elect committee of the Hall of Fame. Four such committees were established in 2011 to right wrongs such as Costello’s absence from the hall, in Springfield, Mass.

These committees are for the game’s early African American players, for international players, for veterans who are 35 or more years from retirement – and for those described as contributors. That category is the one in which Costello was selected. Think of it as a do-over for the overlooked.

Contributor? Let us count the ways:

• He was Niagara’s all-time leading scorer when he graduated, in 1954, and made National Invitation Tournament all-star teams in 1953 and 1954.

• He was a six-time All Star in 12 NBA seasons and twice led the league in free-throw percentage.

• He played for the NBA champion Philadelphia 76ers of 1967, who went 68-13, then the best regular-season record in NBA history.

• He coached the NBA champion Bucks of 1971, who went 66-16 in their third season. Their title remains the fastest won by an expansion team in the history of North American sports.

• He coached the Bucks for their first eight seasons, winning more than 400 games – and he nearly won a second NBA title, his Bucks falling to the Boston Celtics in seven games of the 1974 NBA finals.

• He was, according to the Hall of Fame announcement, one of the first coaches to employ videotape to analyze his team and its opponents.

• He evangelized the game, giving basketball clinics over the years in Africa, Asia and Europe at the behest of the U.S. State Department.

That all makes for quite the Hall-of-Fame-worthy résumé.

“He is surely overdue,” Bobby Dandridge, one of Costello’s former players, told the Milwaukee Journal Sentinel. “I don’t know why they treat us Bucks players and coaches so bad. They may just want to see how much patience we have.”

The Bucks won their second NBA championship a year ago. Kirby thinks that is what got her father back on the radar for Hall of Fame consideration. People looked back at the Costello-coached 1970-71 team, which starred Lew Alcindor – soon to be known as Kareem Abdul-Jabbar – and Oscar Robertson. Critics in Costello’s time liked to say that with talent like that, all he had to do was roll out the ball. The truth is that he was a premier strategist who was always dreaming up new sets on yellow legal pads.

“He’s a man totally dedicated to basketball,” Abdul-Jabbar told Sports Illustrated in 1971. “He simply wants to get the job done.”

Perhaps Costello was forgotten for so long because he serves as a bridge between the NBA’s early and modern eras. Think of it as a journey from set shot to skyhook: Costello was the NBA’s last to shoot a two-handed set shot, and the first to coach Abdul-Jabbar, whose skyhook still sings in NBA history.

The Naismith Memorial Basketball Hall of Fame is named for James Naismith, the Canadian-born inventor of basketball, who nailed peach baskets to the balcony at a gymnasium in Springfield in 1891. The University of Kansas began its men’s basketball program in 1898, when Naismith coached it, so it is only fitting that Kansas won the national championship this week – and that Costello’s selection was announced at this Final Four. After all, as Kirby tells it, her father learned to shoot on a peach basket.

“His family didn’t have money for a basketball hoop,” she said. “He put a hole in a peach basket and he would shoot on that for hours.”

Costello grew up in Minoa, outside Syracuse. The sign coming into town announces: “Birthplace and Hometown of Two-Time NBA Champion Larry (Ronnie) Costello.”

He played at Niagara for legendary coach Taps Gallagher. Remarkably, those 1950s Purple Eagles teams had three future NBA coaches: Costello, Frank Layden and Hubie Brown. And they played in one of the most astonishing games in the history of Western New York sports: Niagara 88, Siena 81, in six overtimes.

That game – in Albany, in 1953 – stood for decades as the longest game in college basketball history – 70 minutes in all. Ed Fleming, who played the entire game, switched his uniform thereafter to No. 70. And Costello, who played 69 minutes, 40 seconds, wore No. 69.

“Dad loved Niagara,” Kirby said. “He always appreciated that it was the school that gave him a chance. He went from a walk-on, to the NBA, and now to the Hall of Fame. It is an inspirational story. Dad was always about honesty and integrity. We couldn’t have asked for a better dad.”

“We’re kind of spread out, but this is our chance to be together,” Kirby said of the pilgrimage that begins today. “This is going to be our 13th or 14th sisters’ trip. And it is going to be an emotional one.”

There will, of course, be a toast to the patriarch, he of peach baskets and legal pads.

“Oh, yes,” Kirby said. “Not too many people can say their father is in the Hall of Fame.”

Their second sisters’ trip this year will be when they all go to Springfield in September for their father’s overdue induction ceremony.

“That one is going to be not just sisters but a whole Costello family reunion,” Kirby said. “There’s going to be grandkids and cousins and aunts and uncles.”

She paused once more.

The Bucks of yore are best remembered for Lew Alcindor, then a young center, and Oscar Robertson, then a veteran guard. Less remembered is the man who coached them: Larry Costello

Larry and Barbara Costello, circa 2000.