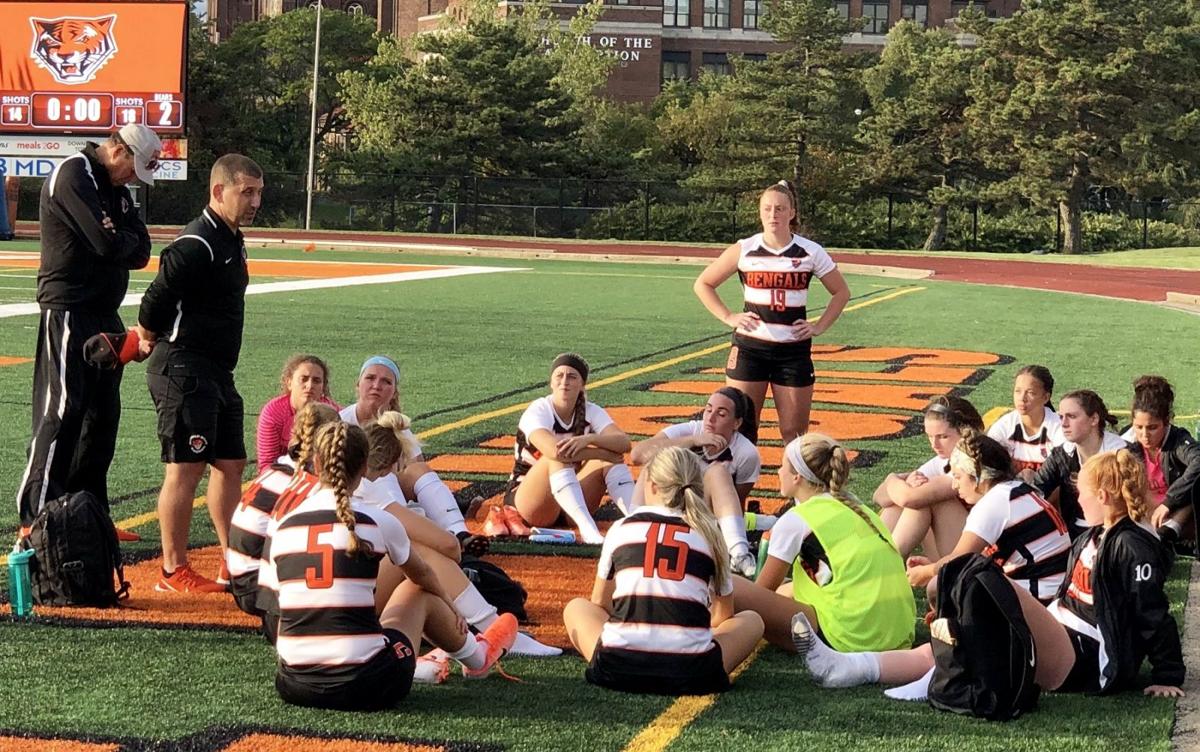 The Buffalo State women's soccer team in 2019. Nicholas DeMarsh is second from left. 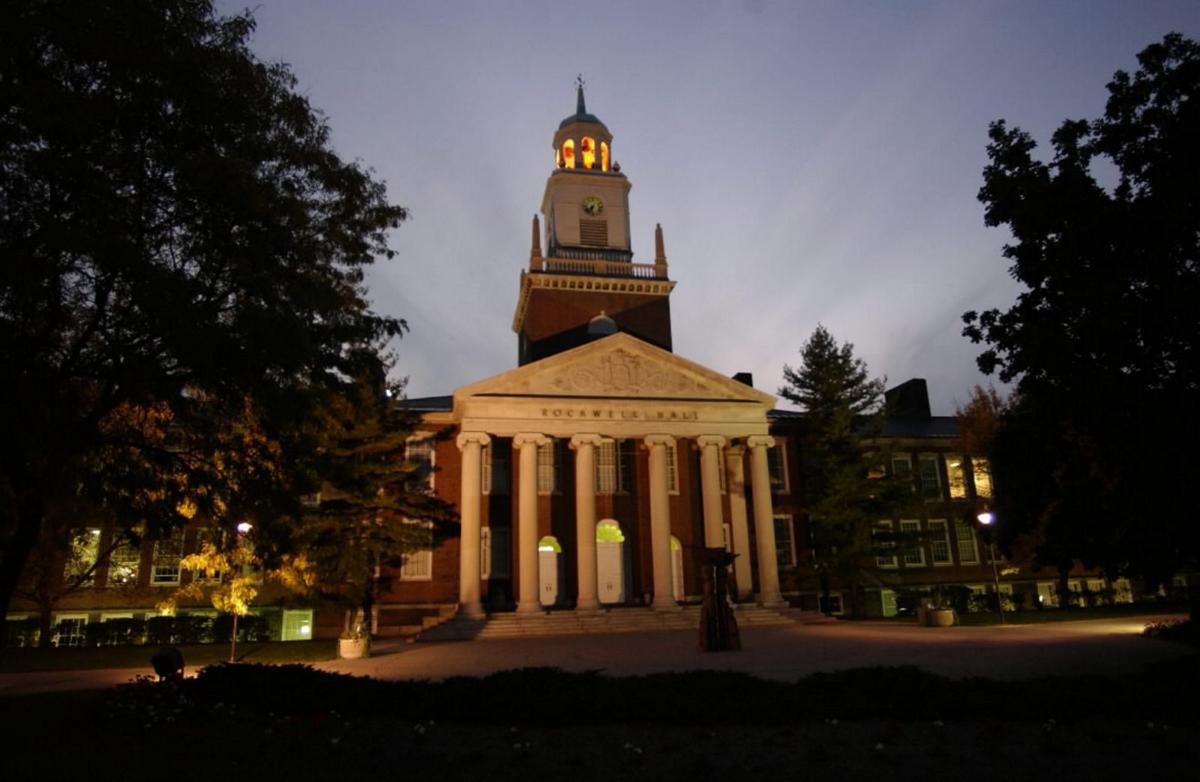 The season for the women’s soccer team at SUNY Buffalo State ended with nearly a dozen players quitting and calling for the removal of the head coach.

The 11 players – nearly half the team – signed on to a formal complaint against Nicholas DeMarsh, the women’s head coach of 18 years, who was described by them as being “unprofessional, hurtful and ultimately detrimental to one’s mental health and self-confidence.”

The complaint prompted an investigation by the college’s athletic director, Jerry Boyes. College officials on Friday said DeMarsh remains the head coach, but acknowledged that the investigation is ongoing.

This is far from the first time student-athletes have fought back against what they viewed as improper behavior by their coach, but it is a trend that seems to be growing.

The complaint from the Buffalo State players, a copy of which was sent to The Buffalo News, cited 16 instances that they believe violated both NCAA principles and the college’s code of conduct.

• Singling out and embarrassing a player.

• Holding personal grudges against players who stand up to him.

• Telling a player crying in pain that she was being “unprofessional” and “needs to keep it together.”

• Allowing a fight to break out on the bench between two of his players.

• Diagnosing a player with anxiety and depression and recommending she no longer play.

• Telling a player seeking medical attention for a concussion that “sometimes we just shouldn’t go to the trainers.”

“Some of the things we have heard and seen from DeMarsh are downright unspeakable,” the players wrote in the complaint. “As he has a history to lie and manipulate events that took place, we took it upon ourselves to document events and specific instances in which NCAA principles and regulations, in addition to Buffalo State codes of conducts were violated.”

Timothy Gordon, the college’s vice president for student affairs, who oversees intercollegiate athletics, released this statement to The News: “Student-athlete welfare and academic success are the top priorities of our athletic department. The complaints shared by members of the women’s soccer program are most certainly disturbing and describe an environment that is not aligned with our institution’s values.

“We have heard these student-athletes and are taking their concerns seriously,” Gordon said. “We initiated a thorough investigation earlier this month and our review of the situation is ongoing. Because this is also a personnel matter, we are unable to comment further at this time.”

DeMarsh has a career record of 141-138-39 for a winning percentage of .505, according to the Buffalo State website.

In 2016, DeMarsh led Buffalo State to its first-ever SUNYAC Championship and NCAA Tournament berth, finishing 17-1-3, a school record for wins. He was also named the conference's Coach of the Year that season, the third time overall.

[Related: Read more about that team's success | How the SUNYAC title happened]

The complaints came from roughly half the players, so it leaves unanswered questions about the perspective from the other members of the soccer team.

It also strikes at the heart of a growing conversation in athletics about how coaches – long known to chew out their teams – are changing the way they communicate with this generation, particularly at a time more schools and educators are re-examining their approach to mental health.

The Associated Press earlier this year published an article on changing communication styles between players and coaches, citing a number of examples of incidents in which players alleged they were being abused.  The article noted that coaches were making the changes out of a fear of being accused.

"I think this generation is not tolerant. That's not a bad thing. But back in the day, coaches could pretty much do anything, say anything. Nobody really complained. Now (players) know better. They're demanding to be treated better," she said. "(But) kids are going to get yelled at. They need to be able to take a little bit of that."

Repeated attempts to speak with some of the Buffalo State players on Friday were unsuccessful.

The complaint indicates that three of the players who left were seniors, while six were in the Honors program. One player who left was the team’s top goal scorer the past two years.

“It may be easy for DeMarsh to talk and manipulate his way out of just a few 'non-starters' quitting, but this is not that scenario,” the complaint reads.

“This program needs new oversight, and it has never been more evident,” the complaint reads. “We feel that we deserve better than what has occurred these past couple of years and will continue to happen unless something is done.”

A dozen former players are being sued for defamation by Nicholas DeMarsh, who asserts they "falsely and maliciously" accused him of violating NCAA rules and harming their mental health as their coach.

The longtime Bengals head coach released his first statement since he was accused by 12 former players in November 2019 of detrimental conduct.

The Buffalo State women's soccer team in 2019. Nicholas DeMarsh is second from left.