Fairfield ended Canisius College's five-game win streak in the Metro Atlantic Athletic Conference with a 66-53 triumph over the Golden Griffins on Saturday at Alumni Hall in Fairfield, Conn. and avoided getting swept in the two game series.

After Canisius scored the first basket of the game, the Stags ran off 11 points over the next 4:07 and never were behind. Fairfield led 33-21 at the half and the Griffs could never get the deficit under nine points.

Malek Green had 14 points to lead Canisius for the second game in a row. Majesty Brandon had 10 points and Arman Harried had 10. Jacco Fritz led Canisius with 10 rebounds.

Jesus Cruz had 17 points and Jake Wojcik 16 for Fairfield.

The loss prevented Canisius (6-4 overall and the MAAC) from moving closer to Monmouth (10-5), Siena (8-3), Saint Peter's (8-5) and Iona (5-3) in the conference standings. The Griffs will be home for night games on Friday and Saturday against Manhattan.

Former Cardinal O'Hara star Angel Parker scored on a three-point play at the buzzer to cap an hectic final 20 seconds and give Niagara an 83-82 triumph over Saint Peter's Saturday in the Play4Kay Game in memory of the late North Carolina State coaching great Kay Yow, a breast cancer victim.

Niagara led 80-76 with 20 seconds to play after a layup by Maddie Yelle, but two missed free throws by Parker and her turnover led to six straight Saint Peter's points, two baskets by Taiah Thornton and one by Ajia Jones with 3 seconds left.

However, Parker scored at the buzzer to tie the game and was fouled by James. She converted her 18th point and fourth made free throw of the game in seven attempts to bring home the victory in the opener of a two-game series between the MAAC rivals.

Parker finished with 18 points, 12 assists and eight rebounds. Ally Haar scored a career high 18 points with a career best five 3-pointers in 11 attempts for Niagara. Yelle had 11 points and Olivia Mason 10 for the winners.

James led the Saint Peter's Peahens with 20 points and Sky Castro had 18.

The teams will complete their two-game series at 5 p.m. Sunday at the Gallagher Center in Lewiston.

Jackson Stormo scored the winning basket on a layup at the buzzer to give Siena a 68-66 victory over Niagara on Sunday afternoon at the Gallagher Center. 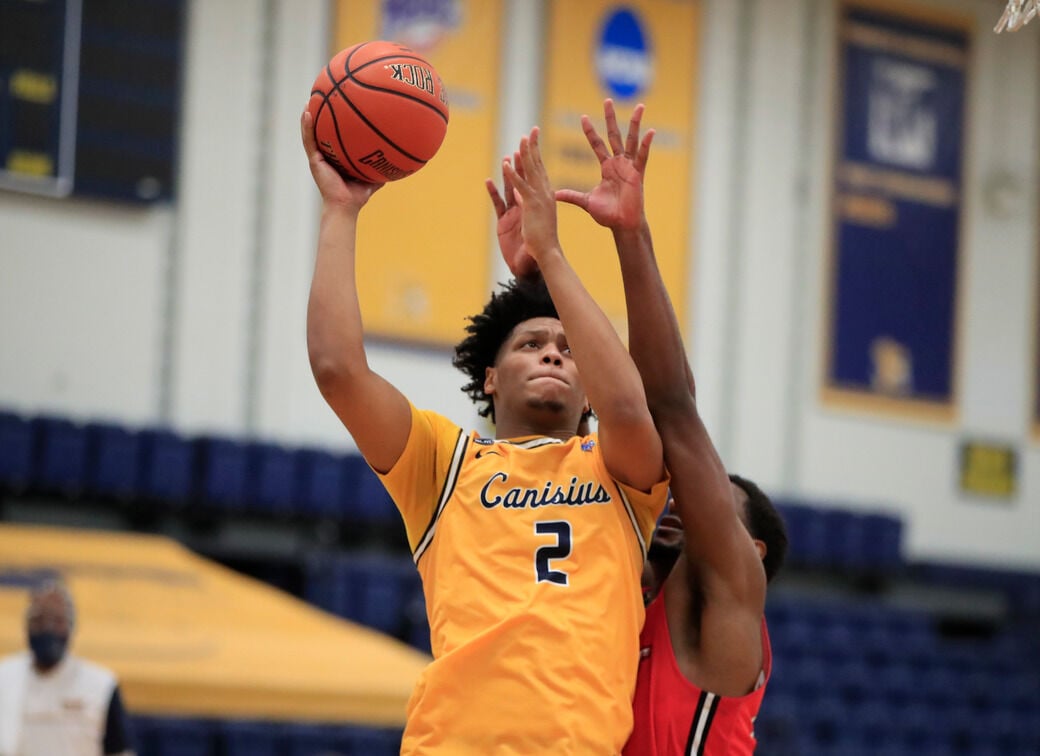 Canisius player Malek Green shoots against Marist during the second half at the Koessler Center on Friday, Dec. 11, 2020. 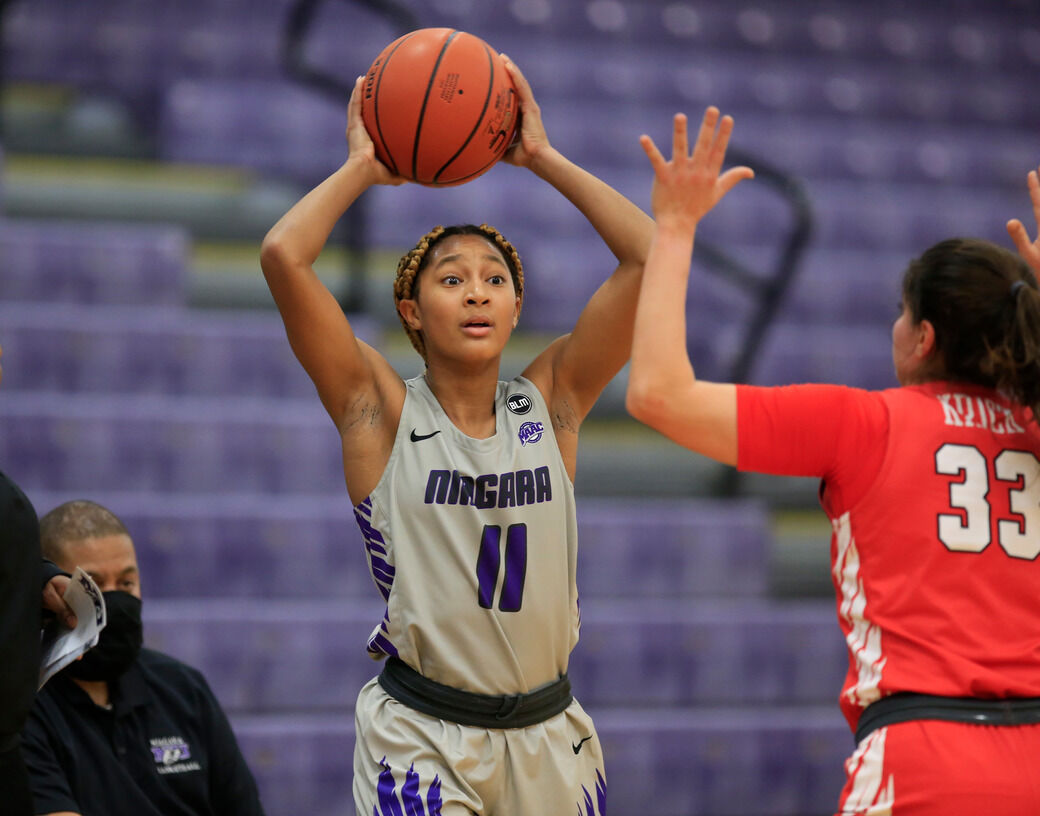