Bowling gave 'Coach K' his life. He returned the favor
0 comments
Share this
Support this work for $1 a month
1 of 2 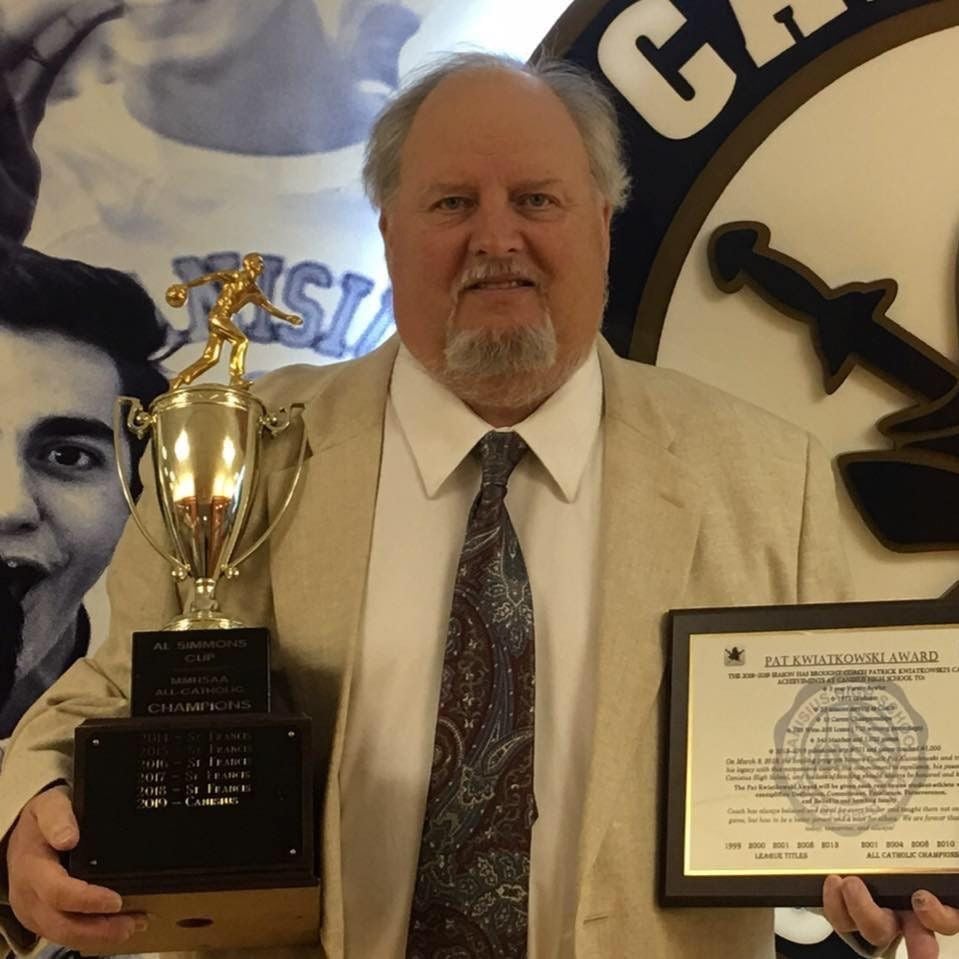 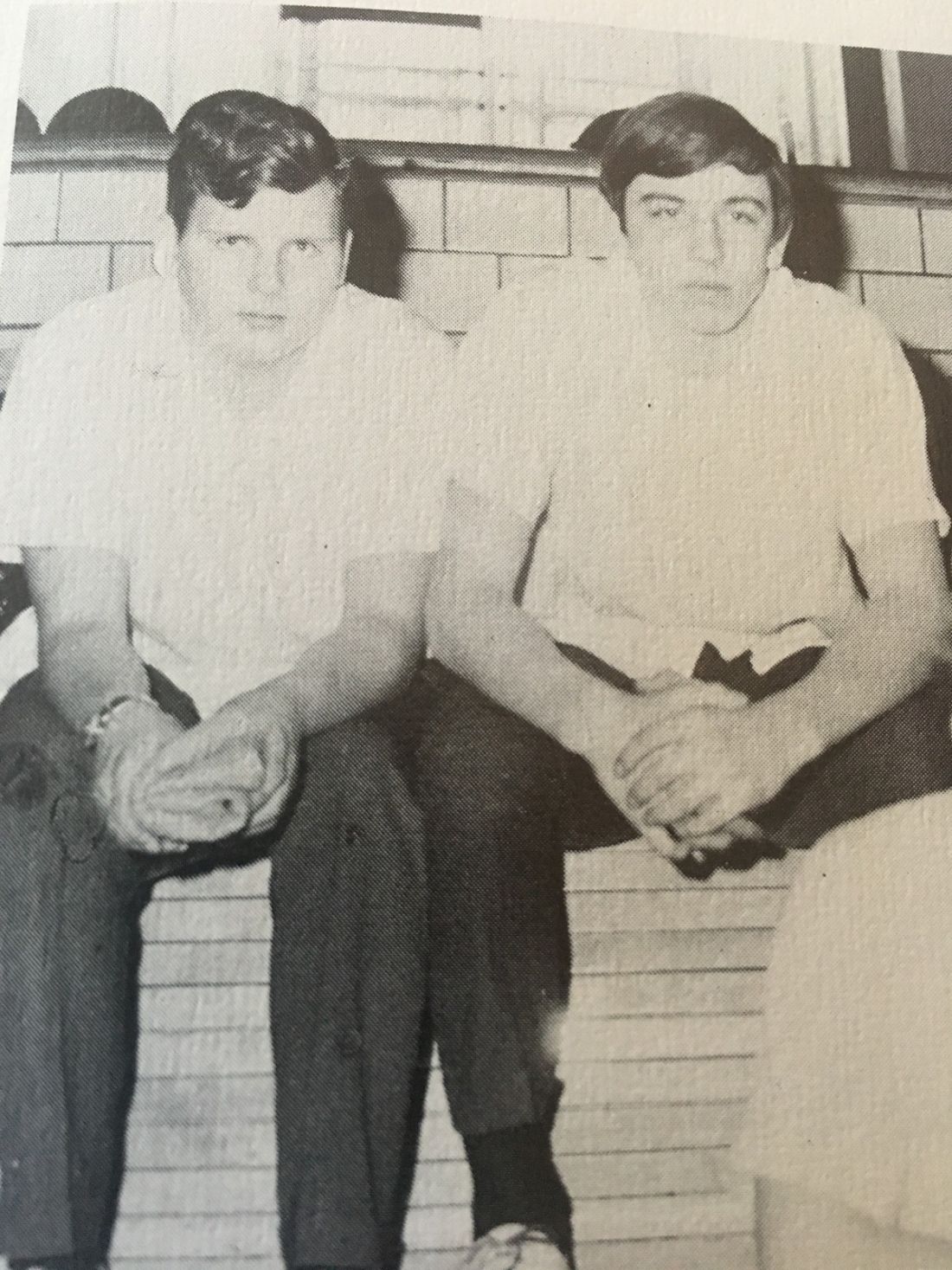 Bowling Is Life. The Rest Is Just Details.

That’s what it says on a T-shirt available online. Pat Kwiatkowski might as well have had it tattooed on his chest. Bowling really was his life.

He played on the first bowling team Canisius High School ever had. He met his future wife on the lanes at SUNY Fredonia and they would have three boys — Scott, Michael and Matthew. And Pat would coach all of them on bowling teams at Canisius.

How he got the gig is typical of Pat, who exemplified the Jesuit motto of men and women for others. Scott was about to start his senior season on the bowling team and Michael his sophomore season in 1996 when the coach suddenly stepped down. With their season on the brink, Pat said he would coach — for one year.

One year turned into two. Two turned into three. And three turned into 23. Only death has kept him from a 24th season — and from being at Canisius on Saturday when he will be honored posthumously at the high school’s gathering for its distinguished alumni hall of honor and its athletics hall of fame.

Mary Jean, Pat’s wife, says she’ll never forget the look on Pat’s face when he got the call to tell him he had won the John F. Barnes Award, a sort of lifetime achievement award for contributions to Canisius athletics.

For Pat, who died at 65 in September, it was always about family. He was even coaching up his grandkids — ages 10, 7 and 5 — when they bowled Saturday mornings on Grand Island.

Full disclosure: Pat was my Canisius classmate. We graduated a lifetime ago, in 1972. He is the second member of our class to receive the Barnes award, named for the high school’s legendary football coach. We could have predicted the other one.

John Buszka was a baseball star who led the Crusaders to Georgetown Cup championships in 1971 and 1972. Pat, meanwhile, was a middling bowler on that inaugural team that didn’t win a title. (Bishop Turner won the first league championship.)

“Bowlers are usually thought of as the nerds of school, not your true athletes,” Mary Jean says. “That’s not right. It takes stamina and skill. They really are great athletes.”

She’ll get no argument from Buszka, who was also a member of that first Canisius bowling team in 1970-71. Buszka would go on to baseball stardom at the University at Buffalo, where he led the nation in batting average in 1976.

“I asked Pat once how he learned to coach,” Buszka says. “He said you talk to people, you do the research and you support your kids. He was completely dedicated to Canisius.”

Pat won more than 700 games — a win clip of better than 70% — in his coaching career, including 10 championships. He leaves the program in good hands: Michael, who has been coaching JV for his father for 12 years, is the new varsity coach.

Michael’s melancholy first act as varsity coach was gathering his players to tell them his father — the man they called Coach K — had died. Michael didn’t want them to hear it from social media or anywhere else.

The team finished third last regular season, behind St. Joe’s and St. Francis. Then, in the All-Catholic meet, the Crusaders played out of their minds and won the postseason title by almost 100 pins over St. Joe’s and more than 200 over St. Francis.

“They did it for him,” Michael says. “There’s no other explanation for it.”

Coach K’s bowlers didn’t know for sure then that it was his last hurrah, but they understood it well could be as he had struggled with heart issues for years.

Pat spent the last week of his life in the ICU at Kenmore Mercy Hospital. That’s when his sons heard for the first time the full story of how their parents met.

They began dating soon after. They were married for 42 years. They had three sons at home and hundreds more on all those bowling teams.

“He had a heart of gold when it came to those kids,” Mary Jean says. “They were all his boys.”

Make that a heart of blue and gold. Pat’s great heart gave out on Sept. 10, but his legacy lives on: The Crusaders open defense of their All-Catholic title later this month with Michael at the helm.

At his father’s funeral, at St. Thomas Aquinas in South Buffalo, Michael offered a eulogy with this parting salute: “Enjoy bowling with the angels.”

The imagery speaks of strikes and spares on celestial lanes. Time to update the T-shirt:

Bowling Is Afterlife. The Rest Is Just Details.

Smith, a member of the Class of 1993 at St. Joe's, was a three-time state Catholic High School Athletic Association champion and placed three times in the state Federation meet.

Josh Allen on spinning ball penalty: 'I play with my heart on my sleeve'

Allen's post-touchdown celebration in the third quarter drew a 15-yard flag for unsportsmanlike conduct, with the penalty assessed on the kickoff.

10 observations: Josh Allen provides a little bit of everything in Bills' win

The Josh Allen Experience was back in a big way Sunday, writes Jay Skurski.

Where the Bills stand in the AFC playoff picture

With the win against the Chargers on Sunday, the Bills moved to 8-3 overall and retain their one-game lead over the Miami Dolphins in the AFC East.

The haunting memory of what happened two weeks ago in Arizona apparently wasn't enough to scare the Buffalo Bills into doing a better job of closing out games, writes Vic Carucci.

Inside the NHL: Ten years after his death, this will always be Jim Kelley's space

This is forever Kelley's space. He created this column. I'm just its current keeper. Let's start with a big tale of his integrity.

Bills Mailbag: Explaining the origins of the 'Bills Mafia'

Jay Skurski answers that and more in this week's mailbag.

After disappointing results most of the season, the rushing attack found the type of performance it has been searching for, writes Jay Skurski.

Hot Reads: Bills make it tougher than it needed to be in beating Chargers

Vic Carucci weighs in with his hot reads from the Buffalo Bills' 27-17 victory against the Los Angeles Chargers at Bills Stadium.