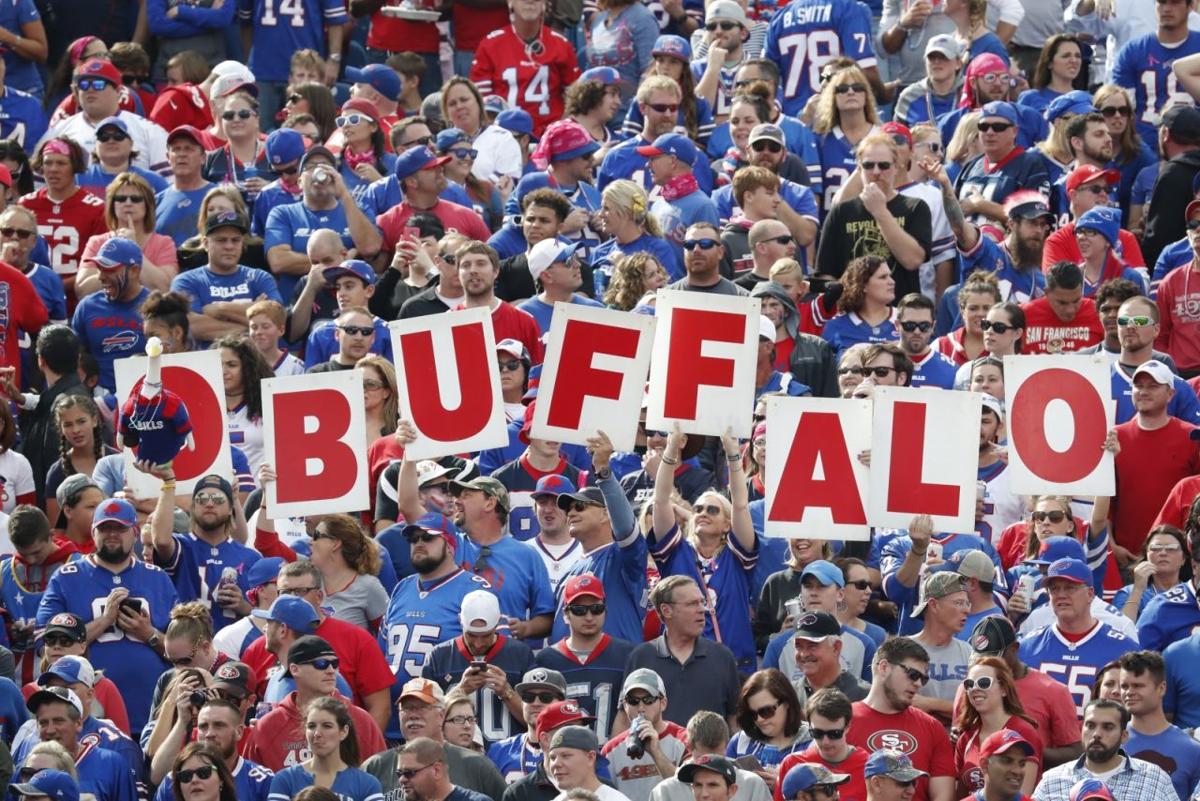 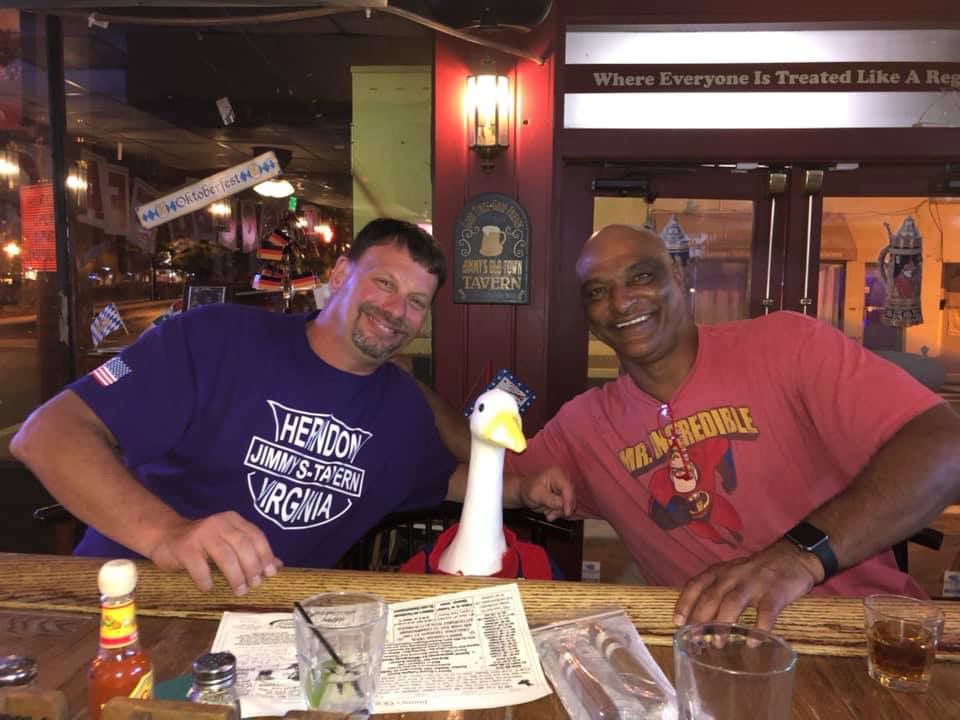 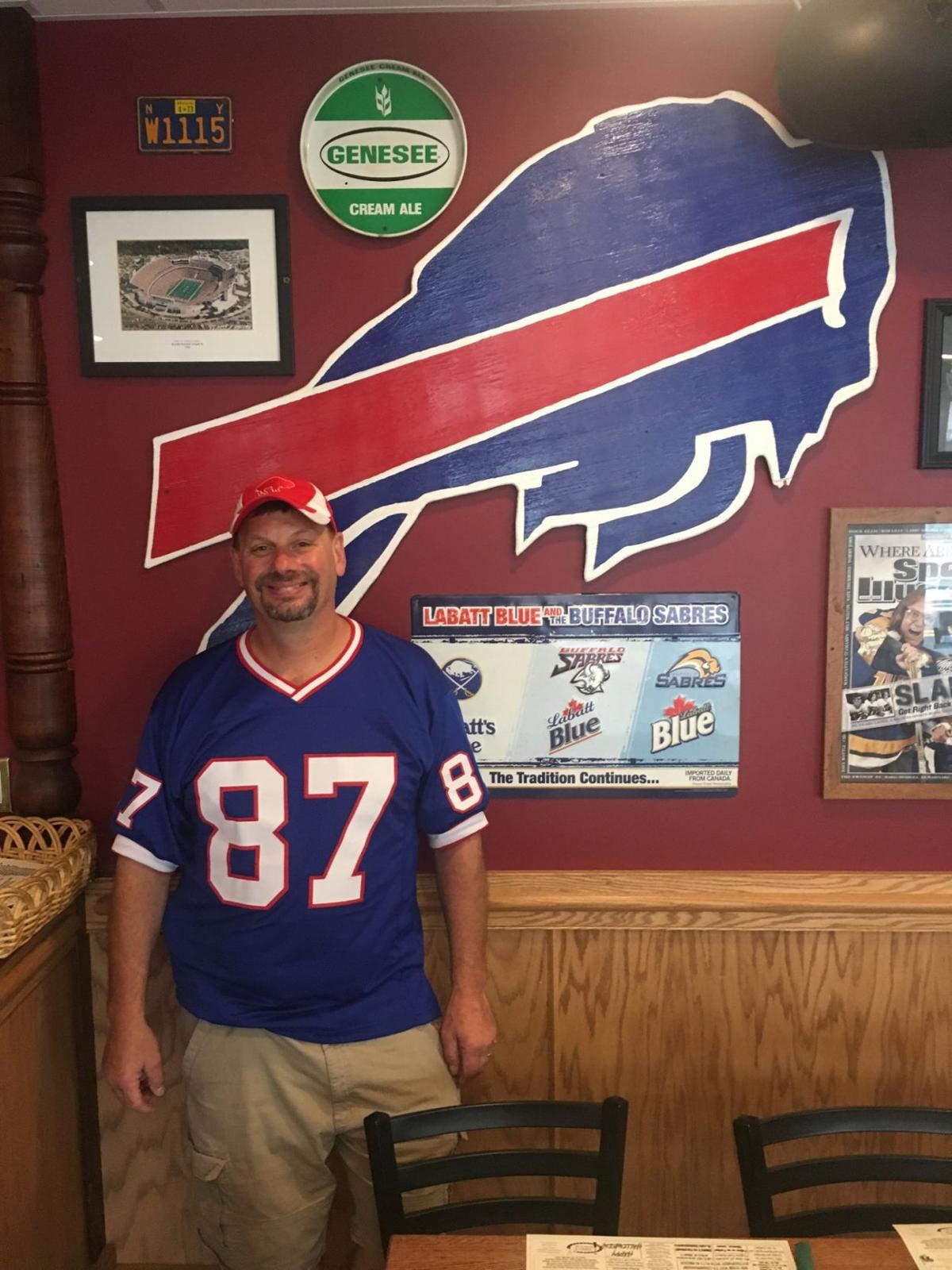 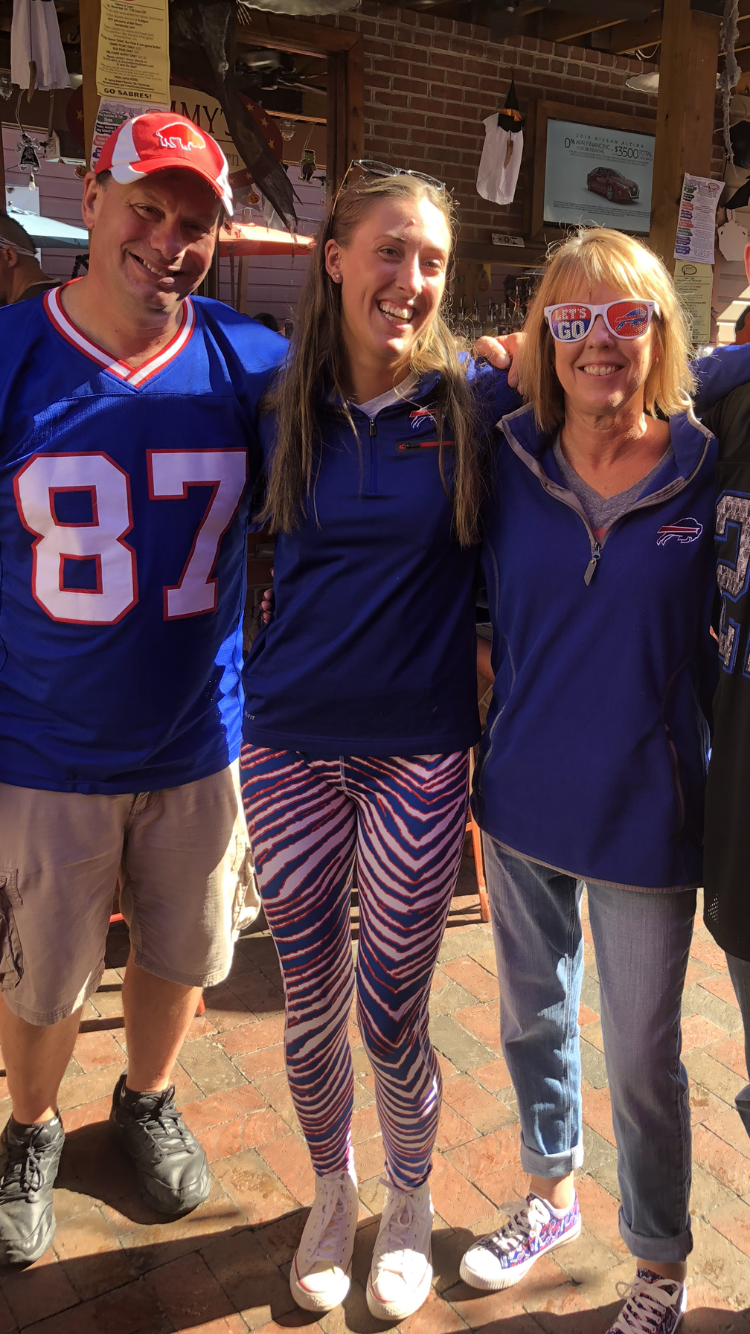 HERNDON, Va. – On any given Sunday, all of the TVs in Jimmy’s Old Town Tavern are tuned to the Buffalo Bills. Imagine the surprise of fans of the Washington NFL team who stop by the local bar only to discover they can’t see the local team.

That won’t be a problem today: The Bills are playing Washington.

“When we first opened, we’d put (Washington) on one TV,” bar owner Jimmy Cirrito says. “Not anymore. We have 15 TVs and, when the Bills are playing, they are all Bills all the time. That’s just the way it is.”

Today there will be a couple of dozen of his regular midweek patrons – who usually stay away on Sundays – mixing in a bit of Washington burgundy with all that Buffalo blue.

Cirrito makes enough green that last year he opened an addition. He already had a barroom, dining room and lounge. So what would he call the new space? Why, the Buffalo wing, of course.

There are Bills bars in many cities across the country, but in most of them the décor indicates they are something other than Bills bars when the Bills aren’t playing. Ah, but the walls of Jimmy’s are chockablock with Bills and Sabres memorabilia, as if this sports bar somehow got caught in a time warp that mistook northern Virginia for Western New York.

So how exactly did a bar that doubles as a Buffalo sports museum materialize a dozen miles from the Washington NFL team’s headquarters? It all begins 40-some years ago at the Aud Club. Jimmy Cirrito III was a bartender there.

“I was a big-time Bills and Sabres fan growing up in Arcade,” Cirrito says. “I was 12 when I went to my first Bills game. They had Joe Ferguson and Joe Cribbs then. And I fell in love.”

Cirrito graduated from Pioneer Central School in 1984 and then left for Los Angeles, where his grandparents lived. He bartended there from age 18 to 21, then moved to northern Virginia, where his mother lived after a divorce from his father.

He was tending bar at a joint in Manassas, Va., when a woman called him over – the hinge upon which his life turned.

“I remember thinking, ‘Hey, this hot babe wants to talk to me,’ ” Cirrito says. “And then she says, ‘How much longer for my food?’ ”

Cirrito wanted to name a boy James Kelly Cirrito; for a girl he wanted Kelly James Cirrito. Maureen wasn’t having that. They named their daughter Kelsey Marie Cirrito. Today she is 25 and a big Bills fan.

And, what the heck, Kelsey is close enough to Kelly.

Maureen is a reformed fan of the Washington NFL team who cheers for the Bills these days. She works in the education department of the American College of Radiology in Reston, Va.

“She has the real job with benefits,” Cirrito says. “I’ve always been the crazy one, taking chances in the bar business.”

He had been tending bar at four or five establishments in northern Virginia when he had an itch to have his own place. He borrowed from friends and family to open Jimmy’s in 1996. A few years ago, when he wanted to expand, he applied for a loan at a local branch of M&T.

“They called up to Buffalo and they’re like, ‘Of course!’ ” Cirrito says of approval for his Buffalo-themed bar.

The expansion upped capacity from 150 to 460, including an outdoor beer garden. He expects only about 300 today because the game is on local TV so some of his weekly patrons will watch at home. Most weeks the draw is his satellite dish – plus dishes of wings and weck.

Jimmy’s Old Town Tavern serves its wings with Anchor Bar sauce (the kitchen goes through 16 to 20 gallons per week), authentic beef on weck (based on the counsel of Charlie the Butcher himself) and Friday night fish fries (beer-battered haddock just like the ones at King’s Inn in Lime Lake, the Cattaraugus County hamlet where Cirrito got his start as a teen).

On Cerrito’s 50th birthday – he’s 53 now – he and a bunch of family and friends attended a Bills game in Orchard Park against the San Francisco 49ers. The Buffalo News ran a photo of them in the stands holding up letters spelling LETS GO BUFFALO. A blown-up version of that photo by News photographer Harry Scull Jr. dominates one wall of the bar’s Buffalo wing.

“We take those letters with us when the Bills play in Washington and Baltimore,” Cirrito says. “They ask us at the gate what it says and we tell them, ‘God Bless America,’ and they let us in.”

The Washington Capitals banned those capital letters years ago so Cirrito left them behind Friday night when his bar sent a busload of Sabres fans to the game in Washington. But he took Goose, the bar’s mascot, with them. She’s a plastic garden goose who has her own Facebook page with 460 friends, matching the tavern’s capacity.

“She’s a Canada goose who was flying south 20 years ago,” Cirroto says. “She stopped at Jimmy’s for a cold beer and a bite to eat – and she stayed.”

That’s Cirrito’s story, too. He flew south and made himself a nest. Think of it as a home away from home for homesick Buffalo expats.

Did Mike McCarthy buy himself some time?

Did Mike McCarthy buy himself some time?

Allen was off target basically all afternoon, as the Bills’ high-powered offense from a year ago never showed up in a 23-16 loss to the Pittsburgh Steelers.

Grading the Buffalo Bills after their 23-16 loss to the Pittsburgh Steelers on Sunday at Highmark Stadium:

"Those fans are awesome. They were loud. It was very, very loud," Roethlisberger said after the game.

"The Buffalo Bills looked nothing like a championship contender in their uninspiring season opener," writes Jason Wolf.

Three questions: The big picture on what went wrong in Bills' loss to Steelers

Here’s the big-picture analysis of the Bills’ season-opening, 23-16 loss to the Steelers.

Add a stadium full of diehard fans excited to see their $258 million quarterback make big plays, and you get a hyper-charged quarterback who was always looking for something better, rather than the simple completions that were available.

Bills Mailbag: Why this year's home opener promises to be unforgettable

Frustration boiled among those following the game on Twitter, venting about offensive coordinator Brian Daboll's fourth-down call and displaying shock that reality did not meet expectation.

“We just put ourselves in bad situations, whether it be communication or technique,” center Mitch Morse said.