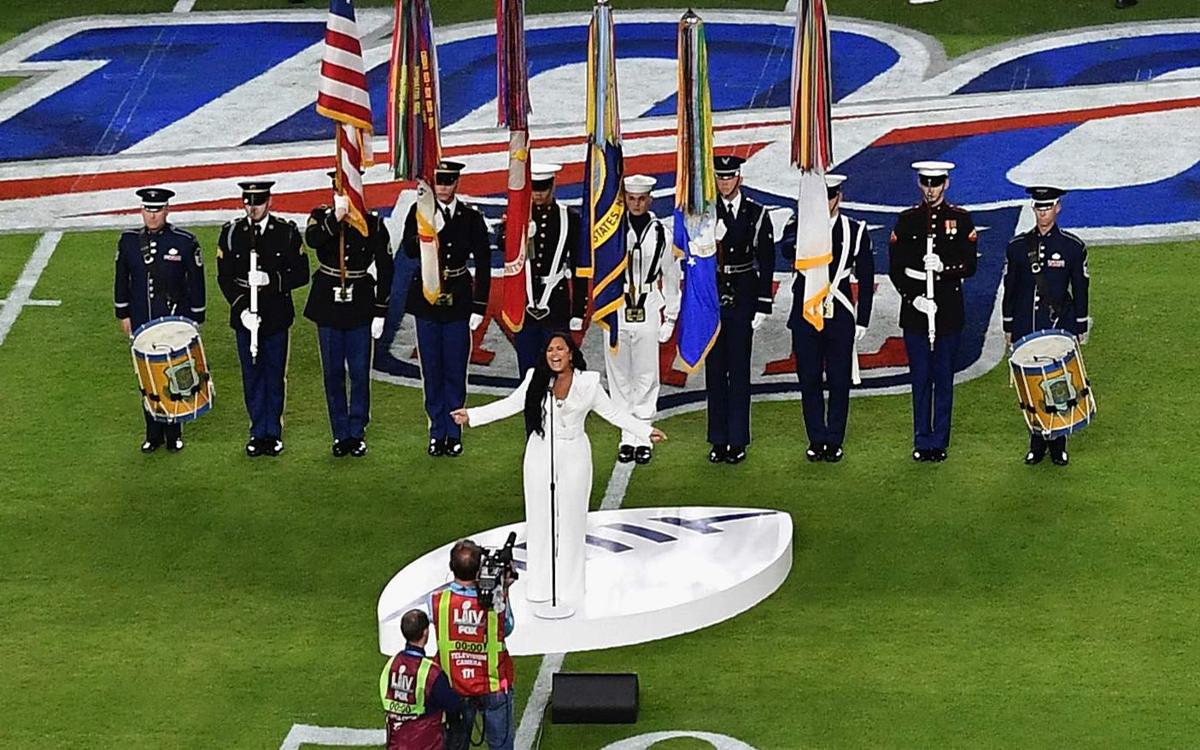 Cattaraugus County native Kilian Abers, second from left, was part of the color guard that displayed flags while Demi Lovato sang the national anthem at the Super Bowl. (AFP via Getty Images) 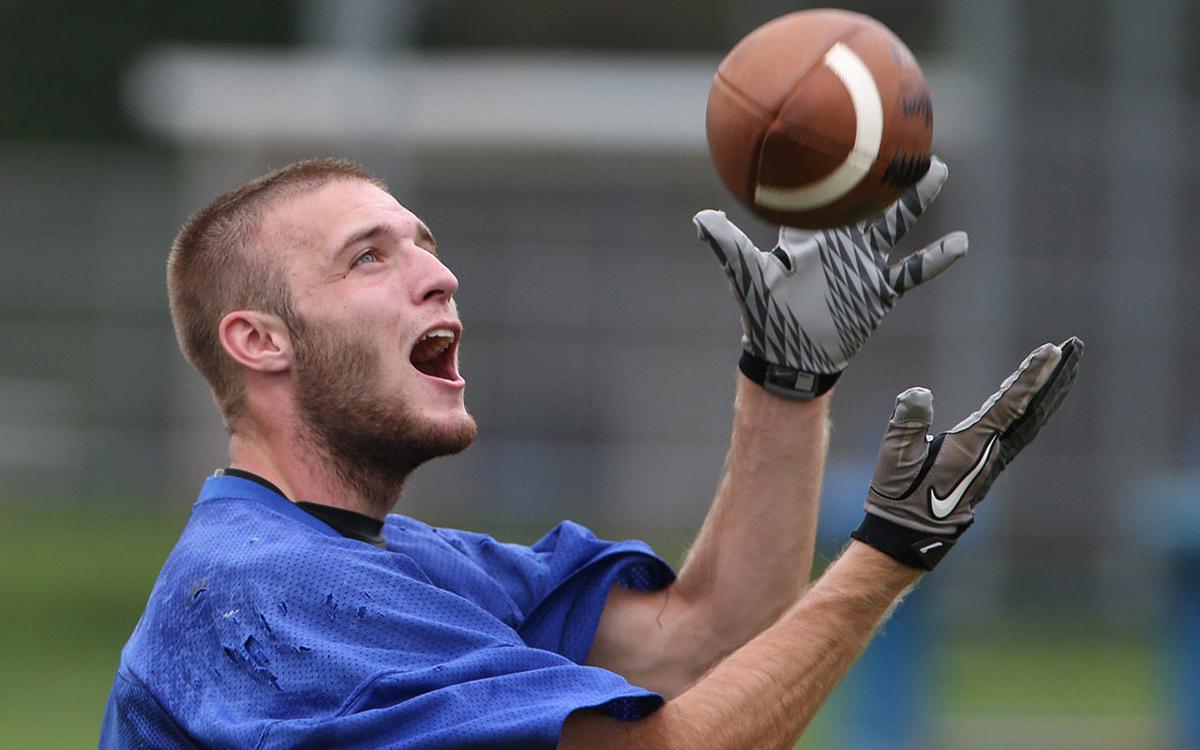 U.S. Army Sgt. Kilian Abers had the best spot in Miami’s Hard Rock Stadium to see the national anthem before the start of Super Bowl LIV.

Abers, a 2016 graduate of Pine Valley in Cattaraugus County, was part of the military color guard on the field for the anthem, directly behind singer Demi Lovato.

As Lovato was signing, Abers' mother, Holly, joked that she was saying: “Move the camera, pan left, pan left.”

Abers was plenty visible behind the singer.

He has been in the Army for four years, enlisting after high school. He played football, basketball and baseball at Pine Valley.

“I’m sergeant and a part of the Continental Color Guard that’s attached to the fourth battalion, third infantry regiment out of Fort Myer in Virginia,” Abers told The News. “Our unit is tasked with high-visibility missions such as the Super Bowl, the MLB all-star game and the World Series.”

Abers’ family lives in the Town of Leon, about 20 miles west of Ellicottville.

He has done missions as part of the color guard to the White House, been part of President Trump’s inauguration and the recent U.S. visit of Japanese Prime Minister Shinzo Abe and events at the Capitol and the Pentagon.

How did he get the color guard duty?

“Luck of the draw,” Abers said. “I was the right height and look for what they wanted, so I was pulled over there right before the last presidential inauguration. I was supposed to be in the infantry, but I was pulled right after basic training.”

Abers was encouraged to apply because of his leadership skills and his tall and thin frame. Members of the color guard have to pass fitness tests and maintain a certain weight.

Abers had family and friends watching the game at the Cherry Creek VFW Post 2522. His grandfather is a Vietnam vet and member of the lodge.

“The only thing that would have made it better is if the Bills would have made it to the Super Bowl,” said his mom, Holly. “I told him, this might be your only chance to be on the field at the Super Bowl. … The phone has been ringing and I've been getting messages with people congratulating us and sending well wishes. It’s really nice to have this connection in the community.”

The Buffalo Bills’ defensive tackle roster is facing some big changes this offseason.

"Josh is a guy that we do believe in and we would definitely take a look at him later this offseason," the Bills general manager said.

'Get the ring and enjoy some wings': Did NFL Network host just create a new Bills' pitch?

"I love the idea of J.J. Watt with the Bills logo on his helmet contending for a Super Bowl,” Peter Schrager said, noting the Bills are a Day 1 Super Bowl contender. “Get the ring and enjoy some wings."

The NFL Scouting Combine that normally starts this week is another victim of the pandemic. Nevertheless there's plenty to chew on as the NFL readies for free agency next month.

Bills offseason questions: Is now the time for Josh Allen to get a contract extension?

This is the first in a series on key offseason questions. Today's installment looks at whether now is the time to give Josh Allen a contract extension.

Devin Singletary is only 23 years old, so we know he didn’t lose any speed or quickness in his second season for the Buffalo Bills. His production, nevertheless, decreased.

The Buffalo Bills failed to take the fullest advantage of their dynamic passing offense because their defense didn't do enough to defuse opposing passing attacks.

The one uncertainty for the Bills’ kicking game entering the offseason is the status of Pro Bowl return man Andre Roberts, set to be a free agent.

The Bills are among about a "half-dozen teams" in contention for Watt, a source told The News last week.

Cattaraugus County native Kilian Abers, second from left, was part of the color guard that displayed flags while Demi Lovato sang the national anthem at the Super Bowl. (AFP via Getty Images)