Coronavirus deaths rising in 30 states amid winter surge as US toll nears 400,000

With one play in Super Bowl LIV win, Sammy Watkins shows game-changing talent
0 comments
Share this
Support this work for $1 a month
1 of 3 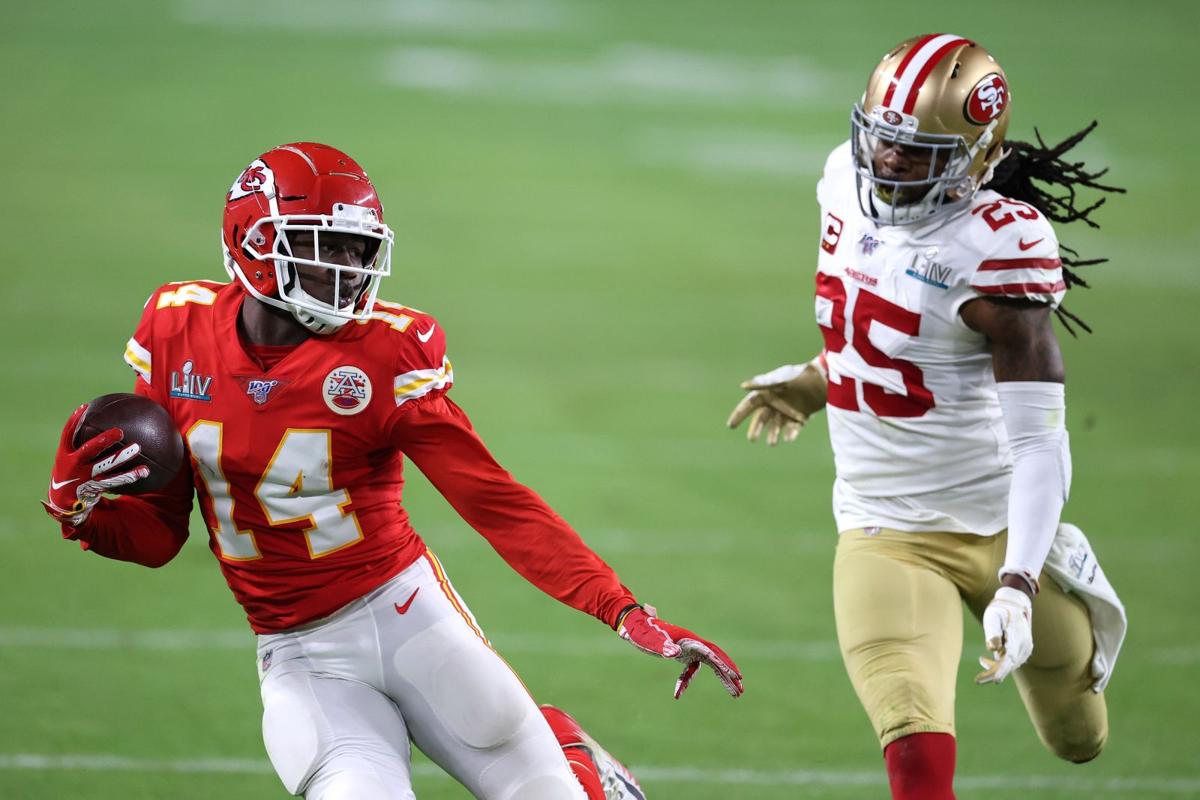 Sammy Watkins of the Kansas City Chiefs runs with the ball after a reception against the San Francisco 49ers during the fourth quarter. (Getty Images) 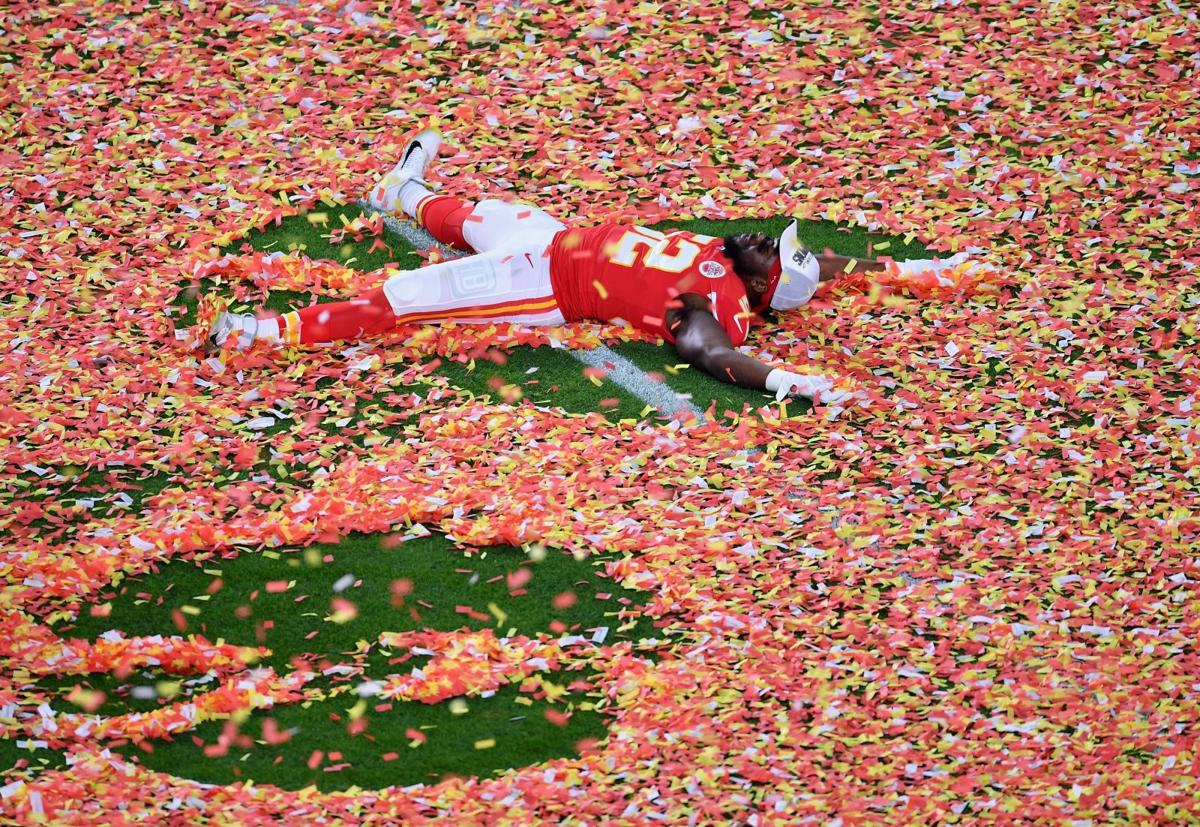 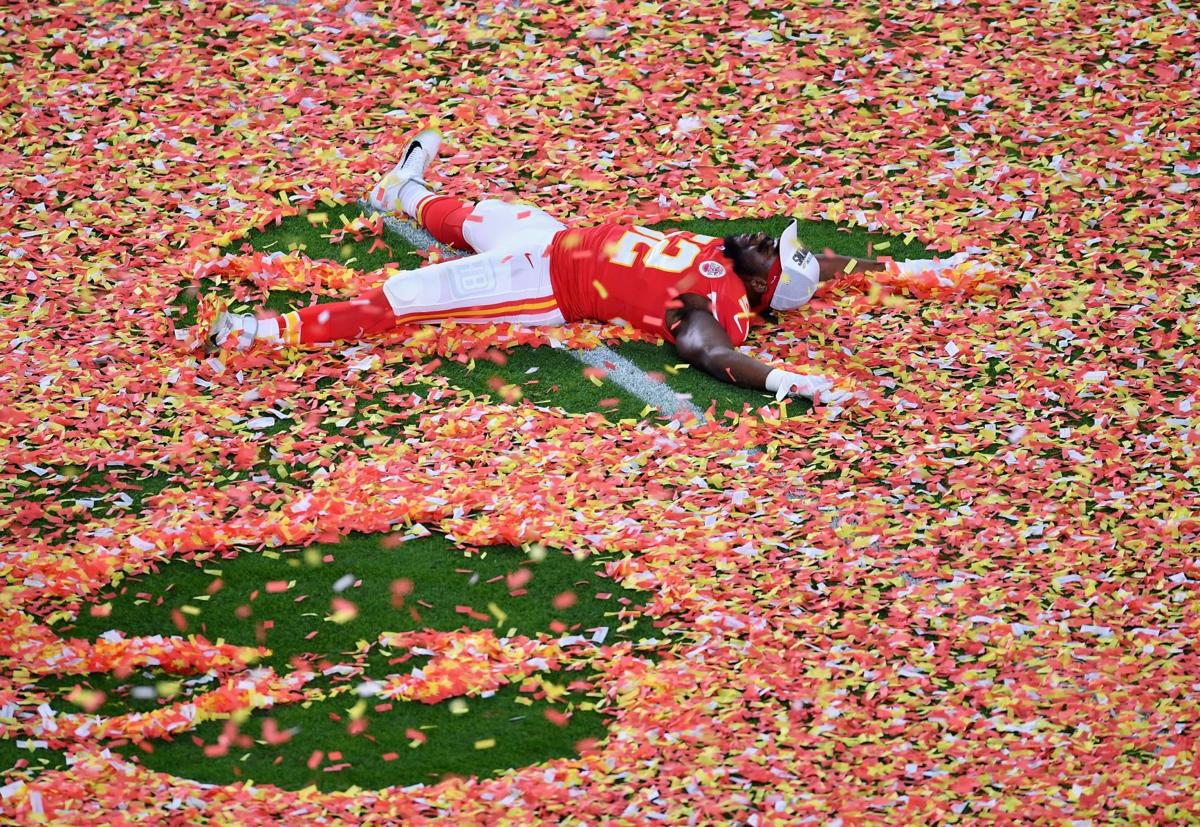 The former Buffalo Bills’ first-round draft pick has game-changing ability. Always has. Injuries – and admitted immaturity – during his time in Buffalo prevented the receiver from always showing that. The Kansas City Chiefs believed in him, though, which is why they signed him as an unrestricted free agent in 2018.

With one play Sunday night, Watkins paid them back. With the Chiefs trailing 20-17 against the San Francisco 49ers in the fourth quarter of Super Bowl LIV, Watkins stepped up on the biggest stage in professional sports.

With his team facing second-and-7 from the San Francisco 48-yard line, Watkins lined up across from 49ers All-Pro cornerback Richard Sherman. Quarterback Patrick Mahomes took the snap, and Watkins left Sherman in the dust, streaking down the right sideline.

Mahomes’ pass was perfect. The result was a 38-yard completion to the 49ers’ 10-yard line.

“I just knew it was one-on-one. I thank (Green Bay Packers receiver) Davante Adams, man, because I seen him kill (Sherman) on inside release,” Watkins said. “He was playing heavy outside the whole game. Those are the things we worked on, and me and Pat connected. It was one of the biggest plays in the game. That's why we work those type of situations. I'm blessed to have one of the best quarterbacks in the league. He made one of the best throws and we just connected with a big play.”

Three plays later, Mahomes found running back Damien Williams for the go-ahead, 5-yard touchdown pass, sending the Chiefs to their first Super Bowl victory in 50 years with a 31-20 win.

Watkins finished the game with five catches for 98 yards, continuing his strong postseason performances. He led Kansas City with seven catches for 114 yards and the game-clinching touchdown in the AFC Championship Game against the Tennessee Titans. He had 76 receiving yards in the divisional round against the Texans.

There is a reason former Bills General Manager Doug Whaley traded a first-round draft pick to move up five spots in 2014 to draft Watkins at No. 4.

On Sunday night, playing for his third NFL team, Watkins finally showed it.

“I've had down times,” Watkins said. “Breaking my foot. Being drafted first round, fourth pick, being called a bust – all those types of things. Being depressed.

"To get to this point, I faced a lot of trials and tribulations to get me here. I'm blessed and I'm thankful for my family and everybody who supported me.”

That includes Chiefs coach Andy Reid and General Manager Brett Veach, who gave Watkins a three-year, $48 million contract in 2018 after Watkins played one season with the Los Angeles Rams. The Bills traded him to the Rams in the summer of 2017.

“They told me, man, come here and you're going to win championships,” Watkins said. “I've got unbelievable faith in those guys.”

Watkins has one year remaining on his contract, but it remains to be seen if he’ll be back. He’s scheduled to count $21 million against the 2020 salary cap, and the Chiefs could save $14 million of that by cutting Watkins.

Sunday night, Watkins made it clear he hopes that does not happen.

2. A pair of Buffalonians won Super Bowl rings. Chiefs linebacker Demone Harris was active, but did not take a snap during the game. Harris graduated from Bishop Timon-St. Jude High School and played college football at the University at Buffalo. He joined the Chiefs’ 53-man roster in November after being signed off the Ravens’ practice squad.

After the game, TV cameras showed Harris on the field celebrating in a style Western New Yorkers can surely appreciate – he was doing snow angels in the confetti.

"I love Buffalo and very proud to bring a championship home to my family and friends," he said afterward. "I can’t wait to see everyone."

Kansas City wide receiver Jody Fortson Jr., a South Park High School graduate who played at Erie Community College, also will get a ring as a member of the Chiefs’ practice squad.

3. Canisius High graduate Ryan Hunter is also a Super Bowl champion. Hunter played three games in the regular season for Kansas City before being released and joining the team’s practice squad. He rejoined the 53-man roster in the postseason, but was not active in Kansas City’s three games. The rest of the Chiefs’ inactives were offensive lineman Jackson Barton, cornerback Morris Claiborne, quarterback Chad Henne, linebacker Darron Lee and offensive lineman Andrew Wylie.

4. The connections to Buffalo and/or the Bills don’t stop there. Linebacker Reggie Ragland, a former second-round draft pick of the Bills, started for Chiefs and made a pair of tackles. Ragland was traded to Kansas City before the start of the 2017 season. He missed all of the 2016 season as a rookie with the Bills because of a torn ACL.

5. Deebo Samuel made Super Bowl history. The 49ers' rookie set a record with 53 rushing yards, the most ever by a wide receiver. Samuel did so on just three carries. Coming into the game, he had three carries in the 49ers' previous two playoff wins.

6. Kyle Juszczyk built an early MVP case. The 49ers’ fullback finished with three catches for 39 yards and a touchdown, which came on a 15-yard reception in the second quarter. Juszczyk came up a yard short of another touchdown in the third quarter after a 10-yard catch. On the following play, he was the lead blocker for Raheem Mostert on the running back's 1-yard touchdown run.

7. Chiefs coach Andy Reid was aggressive in the first half – and it paid off. Reid went for it on fourth-and-1 on both of the Chiefs’ scoring drives. The first conversion came on a direct snap to Williams, who was stopped at the 49ers’ 1-yard line after a 4-yard gain. Two plays later, quarterback Mahomes scored on an option run.

The Chiefs went for it again on fourth-and-1 from the 49ers’ 19-yard line in the second quarter. Mahomes took a big hit, but got the ball out just in time on another option play, with Williams taking the pitch for a 3-yard gain. Four plays later, Harrison Butker kicked a 31-yard field goal.

8. A shaky offensive pass interference penalty was cause for celebration – for some. Those with 0,0 in their halftime squares breathed a big sigh of relief when 49ers tight end George Kittle was called for offensive pass interference, wiping out a 42-yard gain to the Chiefs’ 13-yard line with 6 seconds left in the first half. There wasn’t a lot of contact, but Kittle did appear to create a little separation from Chiefs safety Daniel Sorensen before the catch. After the flag, which took away what would have been a short field goal attempt, 49ers coach Kyle Shanahan elected to have quarterback Jimmy Garoppolo take a knee. That sent the game to halftime tied, 10-10.

Shanahan elected to go conservative at the end of the second quarter. The 49ers took over at their 20-yard line with 59 seconds left and ran the ball twice. After a Kansas City timeout, Garoppolo completed a 20-yard pass to running back Jeff Wilson Jr. After the play to Kittle, there wasn’t time for anything else.

Shanahan made another conservative call in the third quarter, settling for a 42-yard field goal by Robbie Gould that put the 49ers up, 13-10, instead of attempting to convert a fourth-and-2 play from the Kansas City 24-yard line. As the Chiefs' offensive explosion in the fourth quarter showed, passing up chances for touchdowns is easy to second guess.

10. Prior to the game, the NFL aired a commercial celebrating the end of the league’s 100th season. As part of the spot, 32 winners of the Next 100 Super Bowl contest, which was open to kids age 9-12 representing each NFL market, were included. Pittsford’s Jesse Jablonsky represented the Bills. Jablonsky was chosen from more than 18,000 entries submitted by children who have passion and ability for football.

Johnson tied the NFL record for longest interception return for a touchdown in playoff history.

The video was getting rave reviews from Bills fans on social media.

"One game. That's all that separates the Buffalo Bills from a fifth trip to the Super Bowl," writes Vic Carucci.

Blessing in a Backpack, a favorite charity of Ravens quarterback Lamar Jackson, is the latest charitable organization to benefit from the generosity of Bills fans.

The song from Buffalo native Chris Kreger has nearly 50,000 views on YouTube.

Daboll had interviewed last Sunday with the Chargers and New York Jets, who selected San Francisco defensive coordinator Robert Salah as their next coach last week.

'It is a party in here': Ravens penalized twice with help from Bills fans' noise

"I have never seen human beings cheer harder when a ball hits the uprights than what happened in this stadium twice tonight," NBC's Cris Collinsworth said.

Upon Further Review: Why Jerry Hughes was blown away by Bills Mafia's impact on Saturday's win

The Buffalo Bills’ veteran defensive end raises his glass to Bills fans in attendance at Saturday night’s 17-3 victory over the Baltimore Ravens in an AFC divisional-round playoff game at Bills Stadium.

Sammy Watkins of the Kansas City Chiefs runs with the ball after a reception against the San Francisco 49ers during the fourth quarter. (Getty Images)