NBA tipoff: Live news and scores as the NBA begins its 75th season

'We still Billieve': Fans turn out at airport to welcome home Bills
0 comments
Share this
Support this work for $1 a month
1 of 2 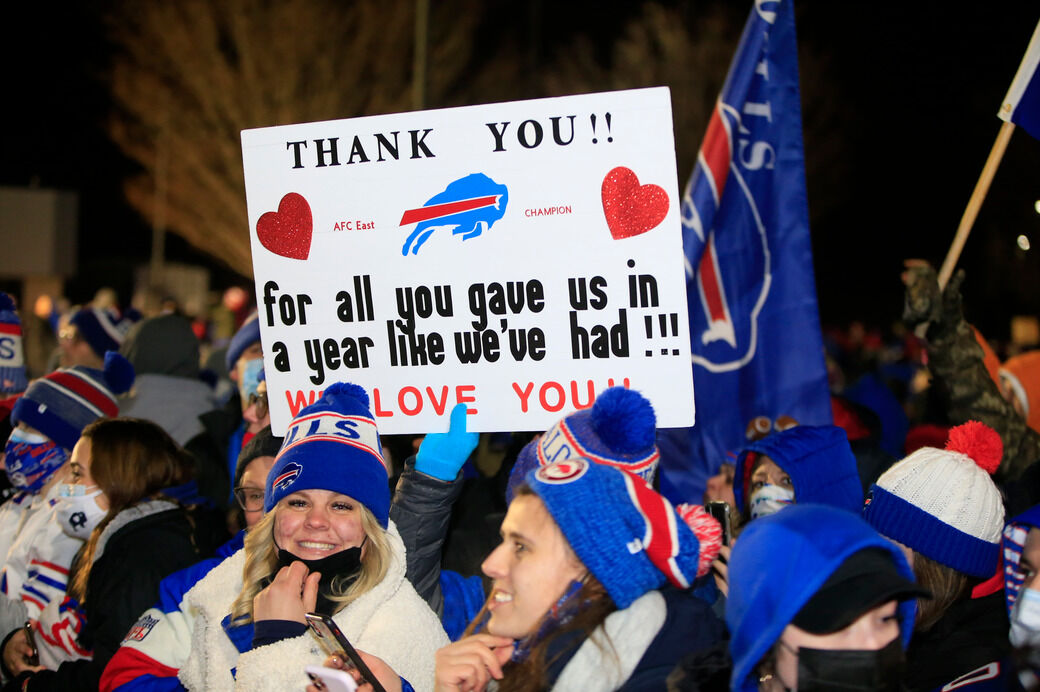 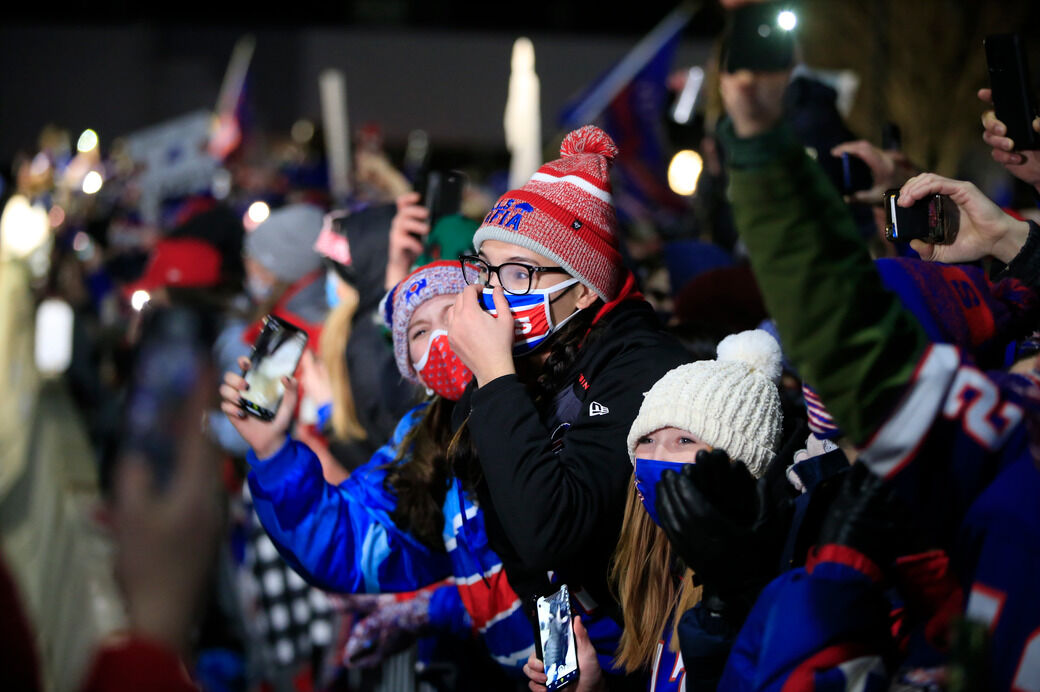 Anthony Andolina from North Tonawanda stood without a shirt, but with a face mask, in the parking lot outside Buffalo Niagara International Airport, waiting along with  about 500 other fans for the Bills to return from Kansas City.

The team had lost its shot at the Super Bowl.

A pandemic was stretching into its 11th month.

None of that mattered Monday morning to Anthony or the rest of the Bills Mafia.

"I'll support them win or lose," said Anthony, 17, who threw his arms up with joy as the Delta jet approached the chain-link fence lined with die-hard fans.

Sunday night's 38-24 loss to the Chiefs was a crushing one, but it capped an extraordinary season for fans.

Covid-19 robbed them of the chance to watch the games in person until the playoffs. Even tailgating outside Bills Stadium was banned and public health officials warned of the dangers of spreading the coronavirus at small home gatherings – including Bills watch parties.

Yet as has become tradition, hundreds of fans drove in the middle of the night to Cheektowaga to welcome home their heroes.

Police knew there was no stopping fans from showing up and while they encouraged people to stay home, dozens of law enforcement officers were on the scene to make sure the crowd didn't get too rowdy.

The scene was raucous but didn't seem out of control. There was one small fight that was quickly broken up by NFTA police officers. Just one banquet table was smashed into pieces. And many fans appeared to be rather intoxicated.

The crowd formed a sea of Zubaz and jerseys. There were spontaneous shouts of "M-V-P" for quarterback Josh Allen as the players descended the stairs and walked to their cars.

Many people brought signs to show their appreciation: "We Still Billieve" and "We Love You."

Lisa Schult, who lives in (Josh) Allentown, brought a life-size cutout of Bernie Sanders and his mittens. "Do I wish we won? Of course I do. Did I cry? Of course I did. I cried a lot," she said. But she's still proud of the Bills and she knows they're only going to get better. "We got our feet wet."

Brian Stamm, of Williamsville, wearing Zubaz and banging on another fan's cowbell, said there was no keeping him away from the airport to greet the Bills.

He said he sent out an email Friday to all his employees that they had Monday morning off so that they could celebrate the Bills well into the night, whatever the outcome.

"Let's go, Buf-fa-lo!" fans nearby chanted to the rhythm of Stamm's cowbell.

The Editorial Board: This year, it was more than just a game

It’s just a game. That’s a common – and commonly accurate – evaluation of professional sports. It doesn’t cure cancer or bring peace to the Mi…

Bills fans welcome home team after loss to the Chiefs

Bills fans welcome home the team after 38-24 loss to the Chiefs in the AFC championship game.