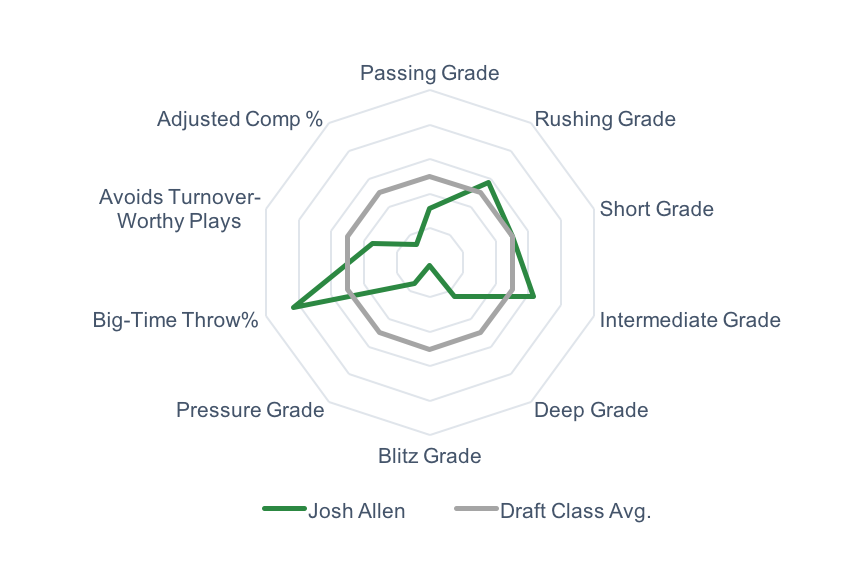 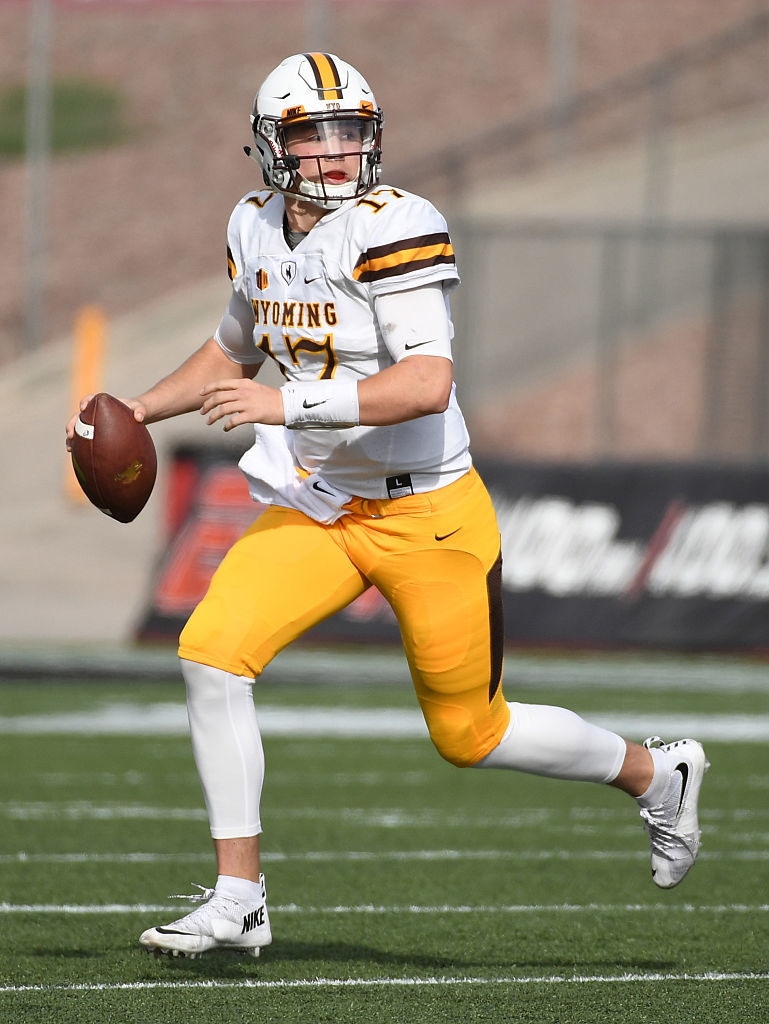 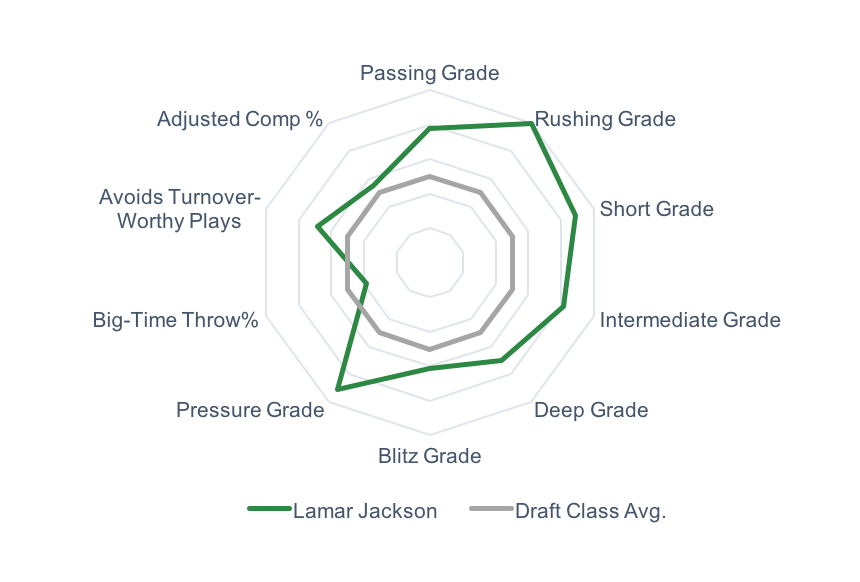 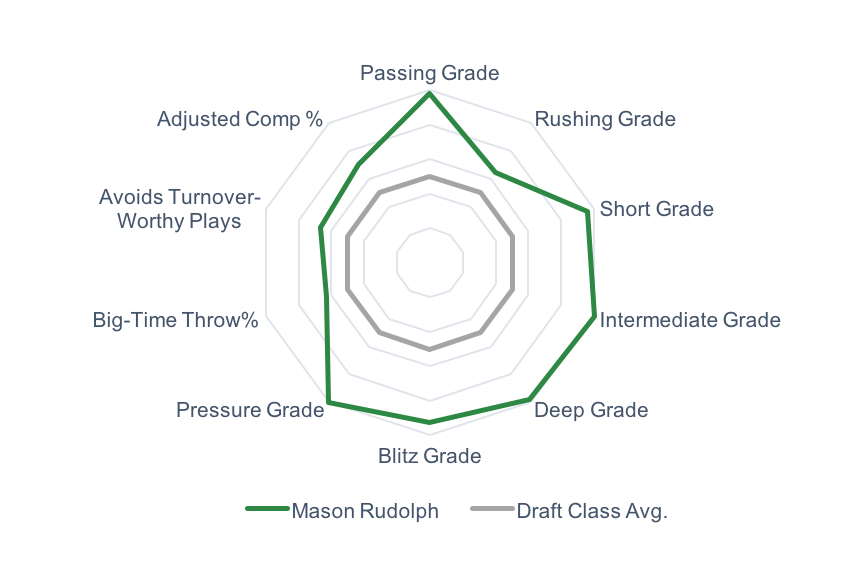 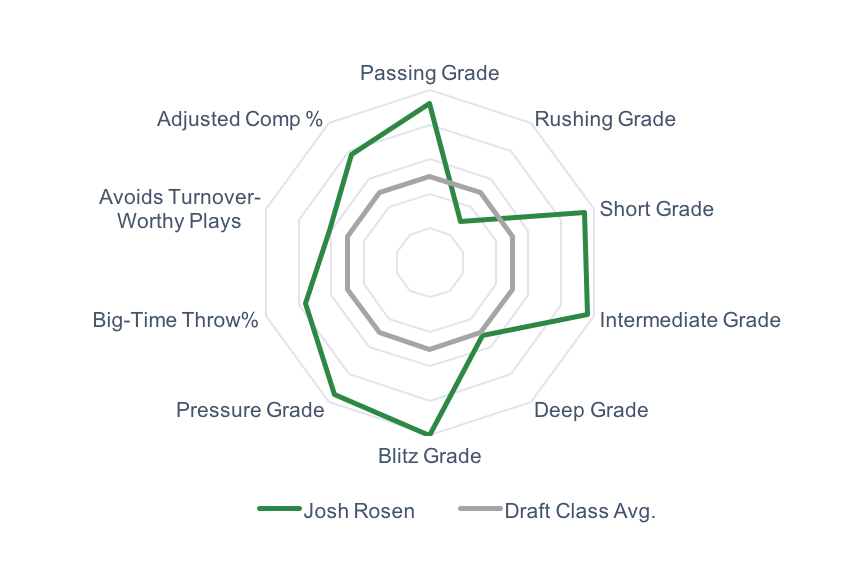 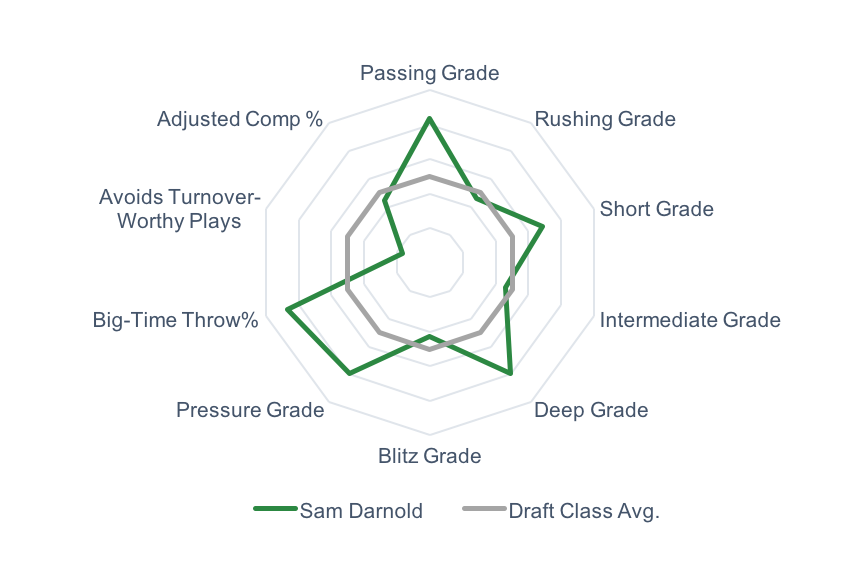 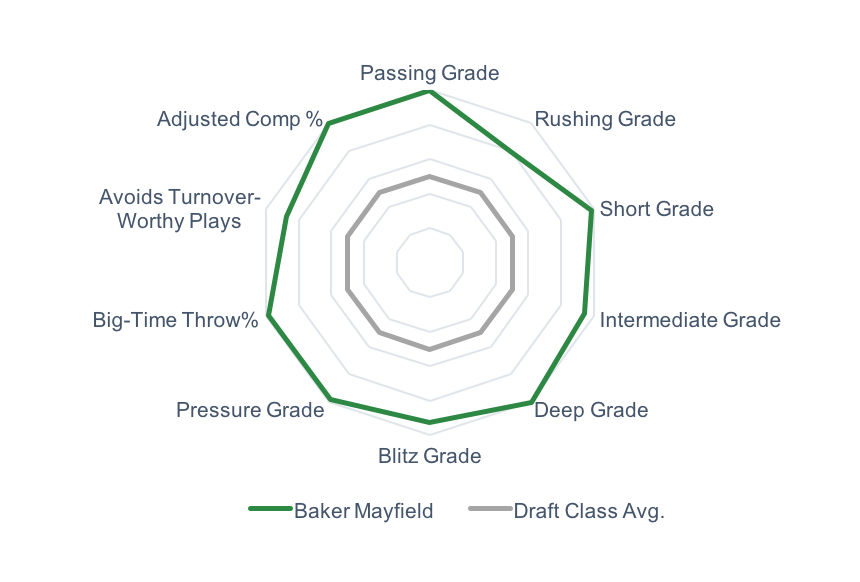 Wyoming quarterback Josh Allen remains a popular mock draft target for the Bills. Jay Skurski's most recent Mock Draft Roundup saw Allen slotted to Buffalo six times, making him far and away the player most frequently given to the Bills.

In researching Allen, one prominent dissenting opinion comes from the analytic site Pro Football Focus. While most outlets consider Allen to be in the mix with USC's Sam Darnold, UCLA's Josh Rosen and Oklahoma's Baker Mayfield for the top four spots in a very deep quarterback class, PFF's draft guide ranks Allen a distant sixth, plugging him below Oklahoma State's Mason Rudolph and Louisville's Lamar Jackson.

Allen ranks 35th on their Big Board, making him a fringe first-round prospect at best. Why so low?

"Allen certainly looks the part with his frame, athleticism, and cannon, but there’s plenty of projection to his game. Even in a strong 2016 season, there were questions as to how well he can play within structure and in the short game, and that was before his performance took a step back in 2017," PFF wrote. "While the tools are tantalizing, and he can make the big-time throws necessary for the NFL, he must get better at handling the easy stuff, from working in the quick game to throwing with touch and accuracy to all levels of the field."

The best way to visualize why PFF is so low on Allen – and why it loves Mayfield – is to compare each quarterback's "Spider Chart," which shows how the player scores against the draft-class average in a number of categories. PFF grades every play in football to come up with its metrics.

Mayfield, PFF's No. 1 quarterback, has a near-flawless Spider Chart, ranking well above average in every category.

Compare that with Allen's. The Wyoming product scores well in "Big-Time Throw%" – throws that were graded on the highest end of both difficulty and value – but struggles in most other categories.

It should be noted that these scores come from grades of past performances and are not projections going forward (and also that not each stat is equally important). A low score doesn't mean a player can't improve, but it should illustrate how much work a player has to do in a given category. (More explanation of PFF grading categories here.)

For comparison, here are the Spider Charts for PFF's top six quarterbacks in the order they are ranked.

In his first meeting with the Western New York media, wide receiver Stefon Diggs said that he was intent on “putting my best foot forward."

A former third-round draft pick of the Jets out of Kent State, Winters has been a starter since entering the league in 2013.

Bills quarterback Jake Fromm on racist text messages: 'That's not who I am'

"The one thing I want to do here on this Earth is love God and love people. I fell short of that," Jake Fromm said Friday.

Justin Bannan, who played defensive tackle for four seasons with the Bills, pleaded not guilty by reason of insanity Thursday in connection to a shooting last October in Colorado.

Bills Mailbag: How Tre'Davious White and Stefon Diggs can make each other better

Chris Brown has been named the new host of "One Bills Live," the show announced.

"Do I want to come in here and get my little 11-month-old baby sick just coming home and trying to love on him and picking him up? Do I want to risk that?"

The Bills appear set to ease the logjam along their offensive line.