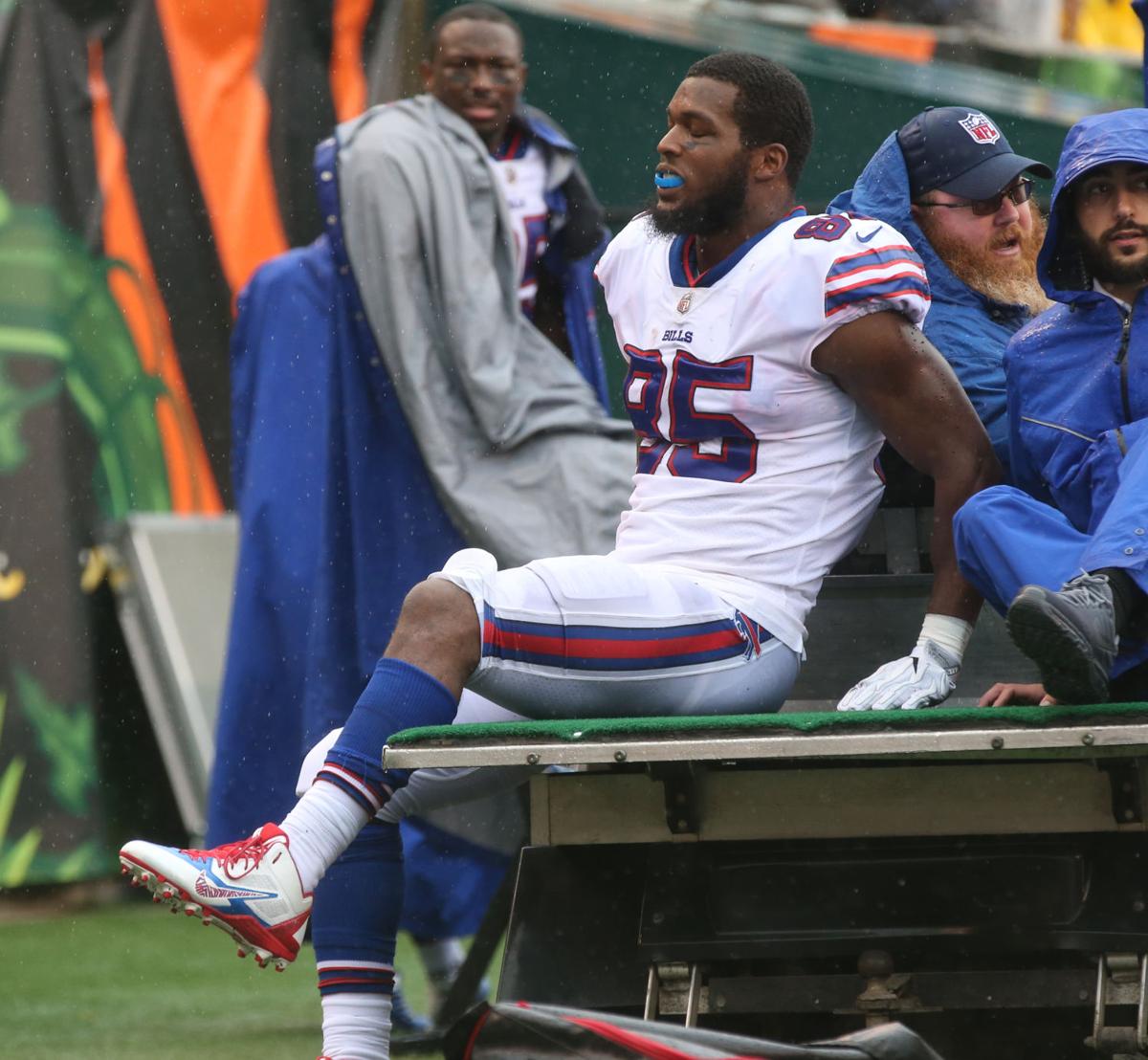 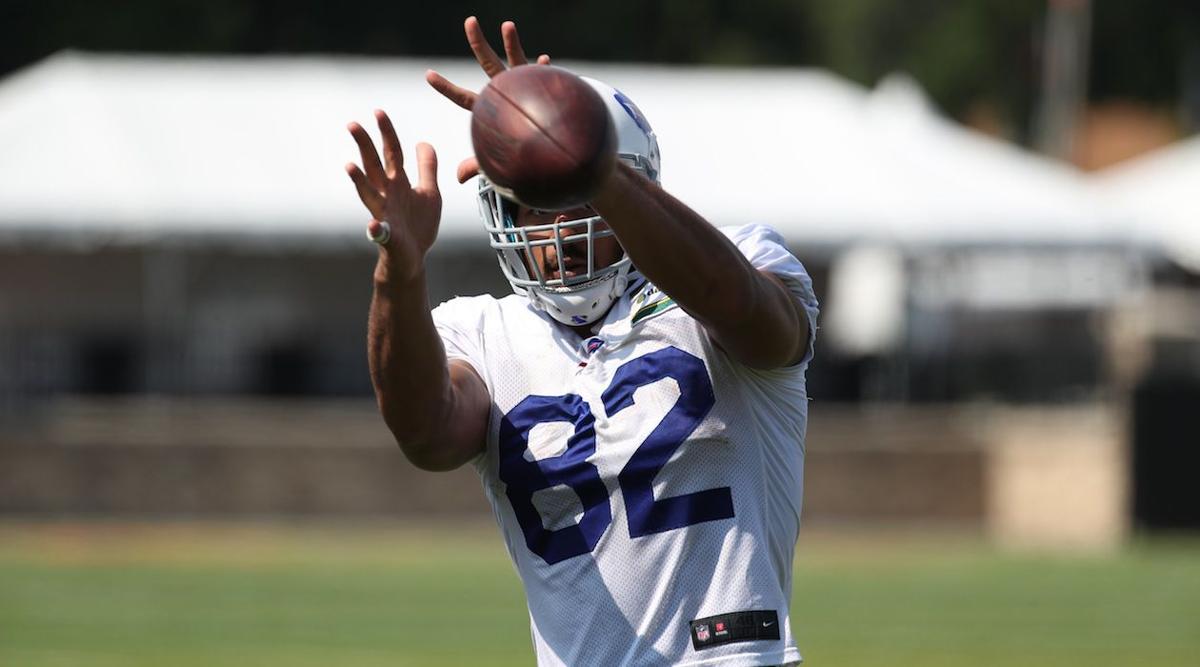 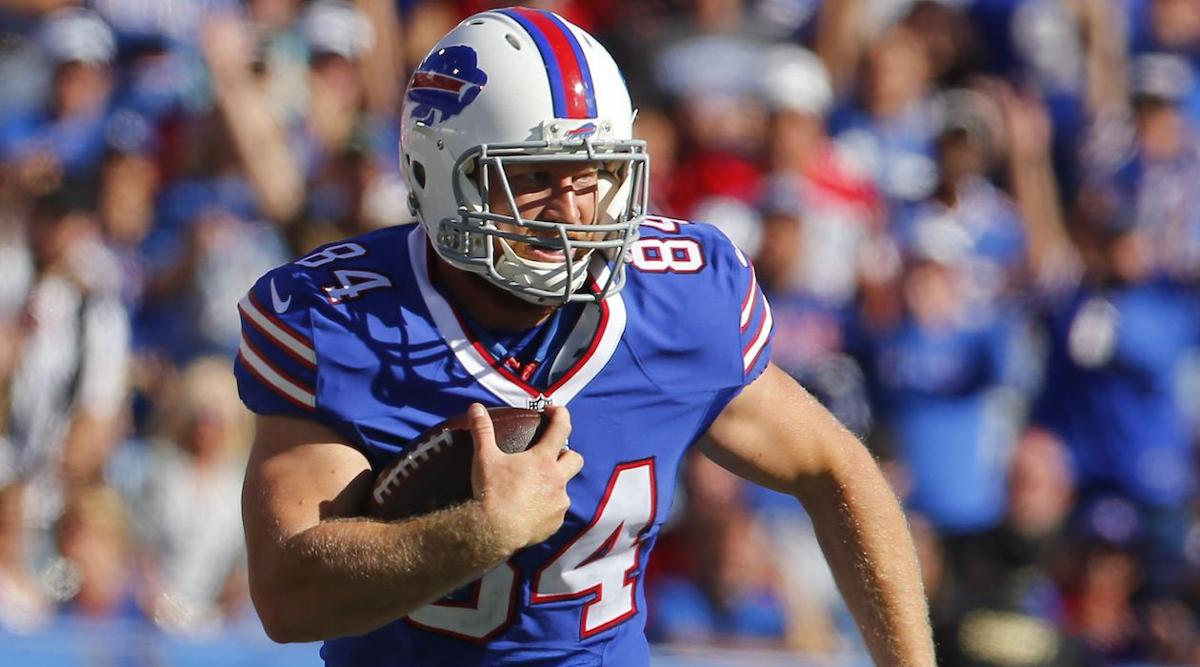 The last thing the Buffalo Bills’ passing attack needs right now is to be without its most consistent downfield threat.

That’s the reality the team will face Sunday, though, when tight end Charles Clay sits out against the Tampa Bay Buccaneers because of a knee injury. Clay leads the Bills with 258 receiving yards and a pair of touchdowns, but will be out of the lineup for the foreseeable future with a sprained MCL and torn meniscus suffered in Week Five against the Bengals.

“Obviously Charles is a big weapon for us,” coach Sean McDermott said. “I never want to see a guy get hurt … let alone a player of Charles’ caliber.”

Clay plays in all situations for the Bills, having taken part in at least 80 percent of the offensive snaps through the first four games before getting hurt early against Cincinnati.

The job of replacing him will fall to a pair of players in Nick O’Leary and Logan Thomas.

“We have a lot of confidence in the guys behind Charles,” McDermott said. “We’re going to continue to look to spread the ball around and use the weapons we have and this is a team game, and that’s the greatest part about football is that it’s never one guy.

“We’ll miss Charles and we look forward to getting him back. That said, this is why you practice and you look to get the ball to different people, and that’s what makes it tough to defend, when you can do that as opposed to just one guy. It gives defenses headaches.”

O’Leary set single-game career highs with five catches for 54 yards against the Bengals after Clay went out. The Florida State product has seven catches for 107 yards in five games, which nearly matches the production he had in all of 2016 (nine catches, 114 yards).

“It's a lot of what we did in college, so it's been good for me,” O’Leary said of the Bills’ offense under Rick Dennison. “Just got to keep doing what we're doing, working as hard as we're working, and just keep playing. I'm not happy with Charles getting hurt, but it's next man up sometimes up, and when he comes back, it'll be back to normal.”

O’Leary’s seven catches have come on eight targets, so he’s been a reliable target for quarterback Tyrod Taylor.

“The thing that you notice very quickly about Nick is that he gets open,” McDermott said. “He finds a way to find open space in the passing game. He made some big catches the other week against Cincinnati. Tyrod, I believe, trusts Nick in the passing game as well. Highly competitive player, has done some good things this year, and I think it remains to be seen how high he’ll go. But we have a lot of confidence in Nick.”

We’ve made it 12 paragraphs into a story about O’Leary and not mentioned that he plays without receiving gloves and is the grandson of golfer Jack Nicklaus, which might be a record.

“Nick is his own person. That’s what we look at when we look at Nick,” McDermott said. “He’s made a name for himself. You go back to college and the career he had in college and what he’s done so far in the NFL — we don’t look at Nick in any other way than that. That said, that’s a pretty big shadow. I mean, that’s a legend of sports. If you’re going to come from anything, that’s some pretty good lineage right there.”

Coming out of Dwyer High School in Palm Beach Gardens, Fla., O’Leary was the No. 2 tight end recruit in the country by ESPN and No. 20 overall. He won the Mackey Award as the nation’s top tight end in 2014 with the Seminoles during their national championship season, catching 48 passes for 618 yards and being named a first-team All-American.

O’Leary slipped to the fifth round of the 2015 draft, however, because of questions about his size (6-foot-3, 252 pounds) and speed (4.93 seconds in the 40-yard dash at the 2015 NFL Scouting Combine). While it’s true O’Leary may not win many foot races against defensive backs, the Bills do have another player at the position who might be able to help in that area.

No. 3 tight end Logan Thomas is a superb athlete, even if he’s largely unproven at the position as a pro. The converted quarterback made his first career catch against the Bengals and is in line for a much bigger role with Clay out.

“Charles is down, but our goal is to be the best group of tight ends in the league,” Thomas said. “I think I have some qualities that can help open up down field in the passing game, but I’ll do whatever’s asked.”

Thomas has played 14 percent of the offensive snaps so far as he continues to learn the position.

“Every day is something new still,” he said. “Every day it’s more and more comfortable. I feel like I’ve grown a lot even in the six weeks since the season started.”

That growth has been apparent to Dennison.

“The players that we have, you know Nick’s done a good job, and Logan’s put some time in in the spots that he’s played. He’s done well,” Dennison said. “I’m not going to change what we do, we’re just going to have to move some guys around and see. Charles is a great player, and while he’s down we’ll supplement and do what we can.”