Monday Night Football: Scores and updates from Rams vs. 49ers 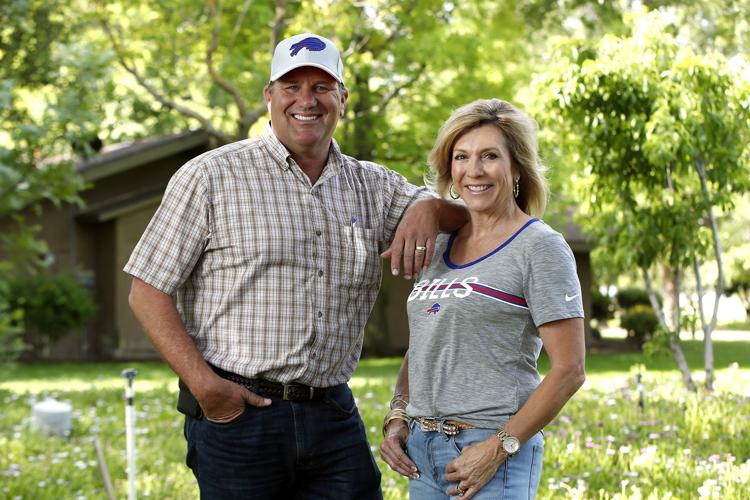 Buffalo Bills quarterback Josh Allen (17) fires a pass on the run under pressure from Baltimore Ravens outside linebacker L.J. Fort (58).

Josh Allen's parents have been mainstays at Bills games, no matter where the games are, throughout his time with the Buffalo Bills.

Allen's father, Joel, won't be among those making the trip from California to Kansas City for Sunday's AFC championship game.

Joel is recovering from the coronavirus and a bout with pneumonia that landed him in the hospital this month, according to the Los Angeles Times, which wrote extensively about Allen's California roots Saturday.

Allen's mother, LaVonne, will make the trip along with a group of family and friends from Firebaugh along with Josh's uncle, Todd.

Allen has often acknowledged his parents' attendance at games, including heaving a ball into the stands after the game against the Miami Dolphins in Week 2, with his mom as the intended target. "Momma caught that one," Allen tweeted afterward.

Josh Allen on family's battle with Covid-19: 'It's nothing to joke around with'

Buffalo Bills quarterback Josh Allen said his father, Joel, is recovering at home from a bout with Covid-19 and pneumonia.

The doctor who examined Dolphins QB Tua Tagovailoa has been fired

The doctor who examined Dolphins QB Tua Tagovailoa has been fired

Buffalo Bills quarterback Josh Allen (17) fires a pass on the run under pressure from Baltimore Ravens outside linebacker L.J. Fort (58).