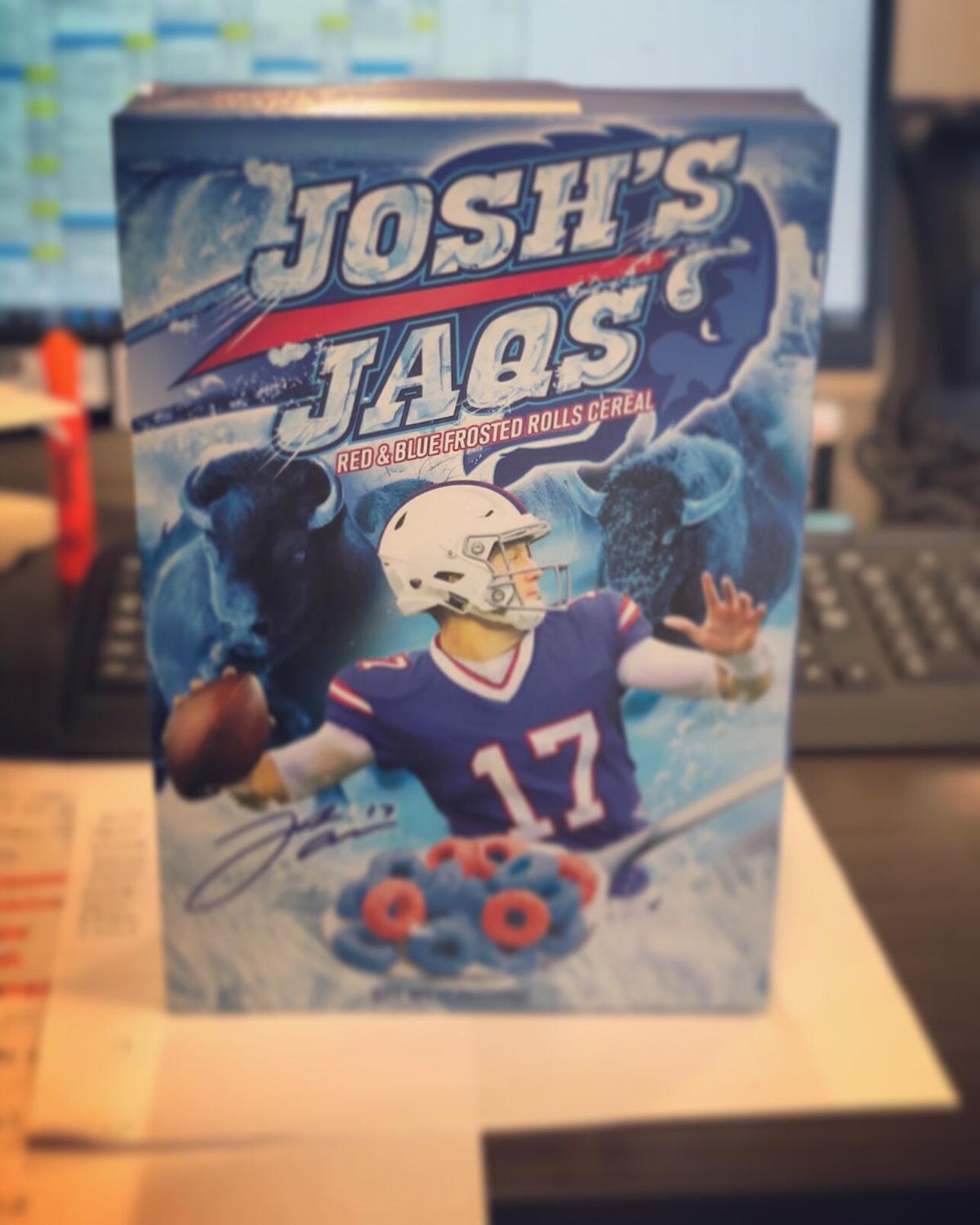 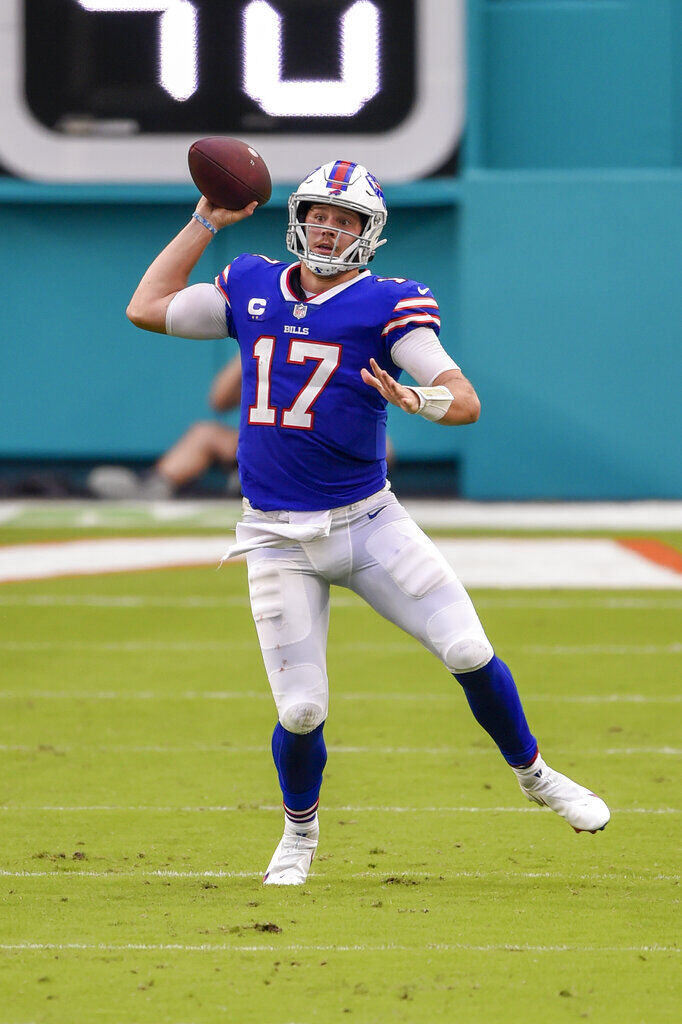 Buffalo Bills quarterback Josh Allen (17) in action against the Miami Dolphins during the game, Sunday, Sept. 20, 2020, in Miami Gardens, Fla.

Josh Allen's cereal is, as with pretty much everything else connected with the Buffalo Bills quarterback, a red hot item.

"Josh's Jaqs" are flying off grocery store shelves, according to Ty Ballou, president and chief executive officer of Public Label Brands, the Pittsburgh-based company that specializes in food items branded by pro athletes.

Allen has designated 17% of the proceeds to Buffalo's Oishei Children's Hospital.

Ballou, whose company produced "Flutie Flakes" when Doug Flutie was with the Bills, told The Buffalo News on Wednesday that, within the last week or so, 75,000 boxes of the cereal were shipped to about 60 Wegmans stores, including locations in North Carolina. Ballou said sales are "on the same trajectory" as those for "Mahomes Magic Crunch," named after Kansas City Chiefs quarterback Patrick Mahomes.

"I can't say (Allen's cereal) is going to get there," Ballou said by phone. "But it is starting out exactly the way Mahomes' did."

Allen said he didn't initiate the idea of having a cereal named after him.

"It's something that was just kind of brought to my attention," he said in a video call with reporters Wednesday. "It wasn't something that I was looking to do, but it's just a cool opportunity. The name was kind of an ode to 'Flutie Flakes,' Josh's Jaqs. I love the alliteration ... it's just really cool.

Column: Bills are 5-2, but still show signs of struggling

The Jets are as awful as their 0-7 record indicates. Let's not lose sight of that while trying to figure out what to make of the Bills' 5-2 record, writes Vic Carucci.

Inside the Bills: 10 potential targets ahead of Tuesday's NFL trade deadline

The NFL trade deadline will arrive Tuesday with the Bills squarely in the playoff mix. What that means for General Manager Brandon Beane’s approach remains to be seen.

The Buffalo Bills had a kicking problem at about 1:30 p.m. Sunday.

Column: The time has come for Bills to finally bury the Patriots

These aren’t the Patriots that turned your hopeful Bills dreams into nightmares all these years.

Jay Skurski weighs in with his grades on the Bills' 18-10 victory over the Jets at MetLife stadium.

They did not score a touchdown, but six field goals from Tyler Bass pushed the Buffalo Bills to an 18-10 victory over the New York Jets at Met…

Last week Bills defensive tackle Justin Zimmer was promoted from the practice squad for the second time this season for the game against the Chiefs.

Hot Reads: Nothing comes easy in Bills' win vs. 0-7 Jets

Let's not kid ourselves about the Jets. They are a terrible team that is 0-7 on merit.

After his spectacular showing through the Bills’ 4-0 start, all it took were back-to-back mortal-looking efforts to dump cold water on Allen, writes Vic Carucci.

Buffalo Bills quarterback Josh Allen (17) in action against the Miami Dolphins during the game, Sunday, Sept. 20, 2020, in Miami Gardens, Fla.