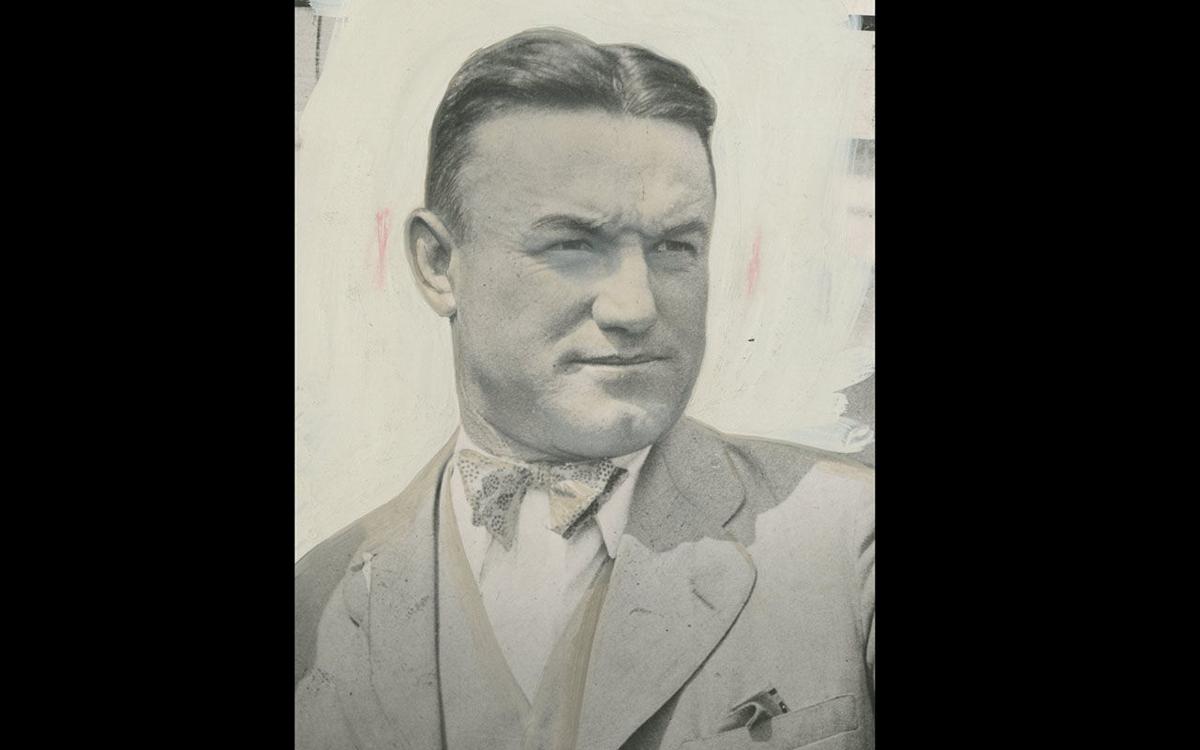 As a coach, Luke Urban was an innovator – a pioneer of the spread formation in an era when college and pro teams typically slogged it out in tight formations. (Buffalo News file photo) 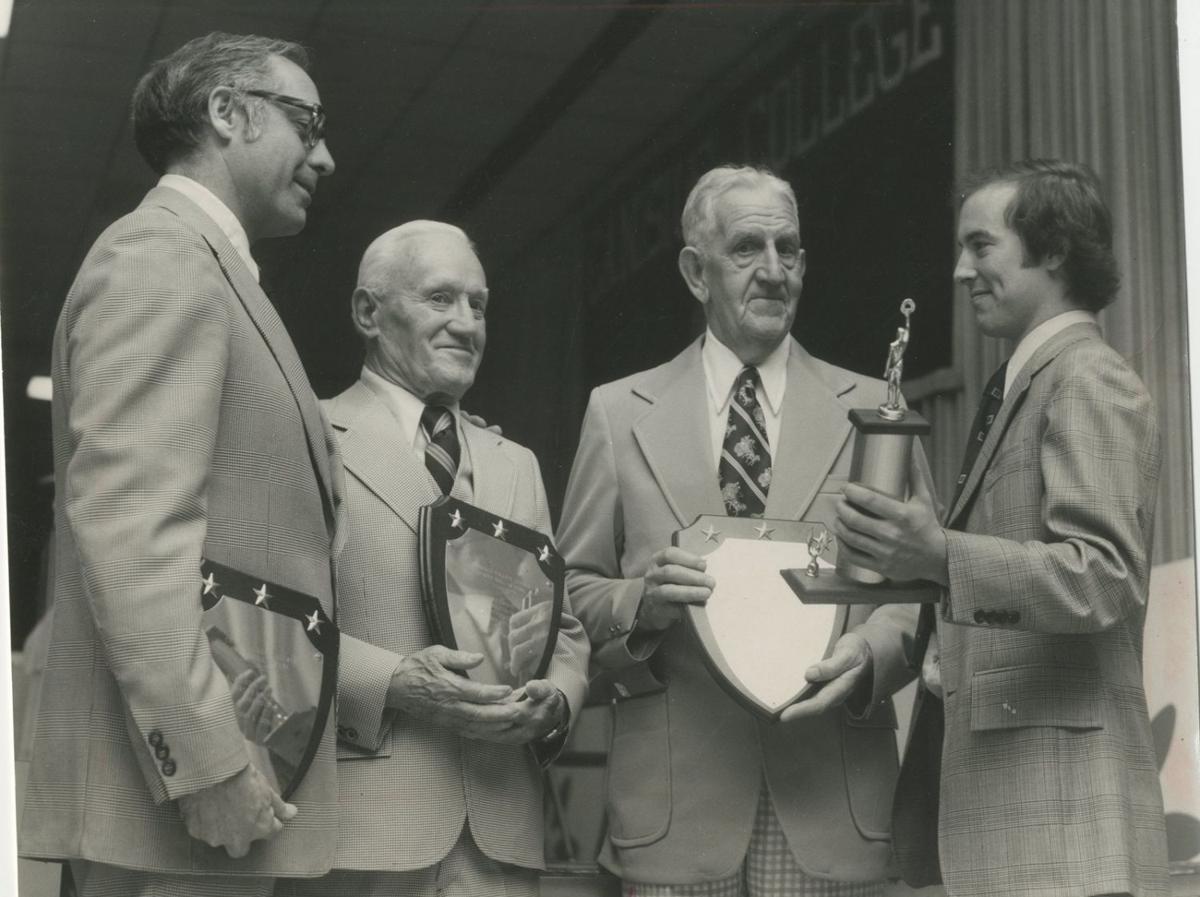 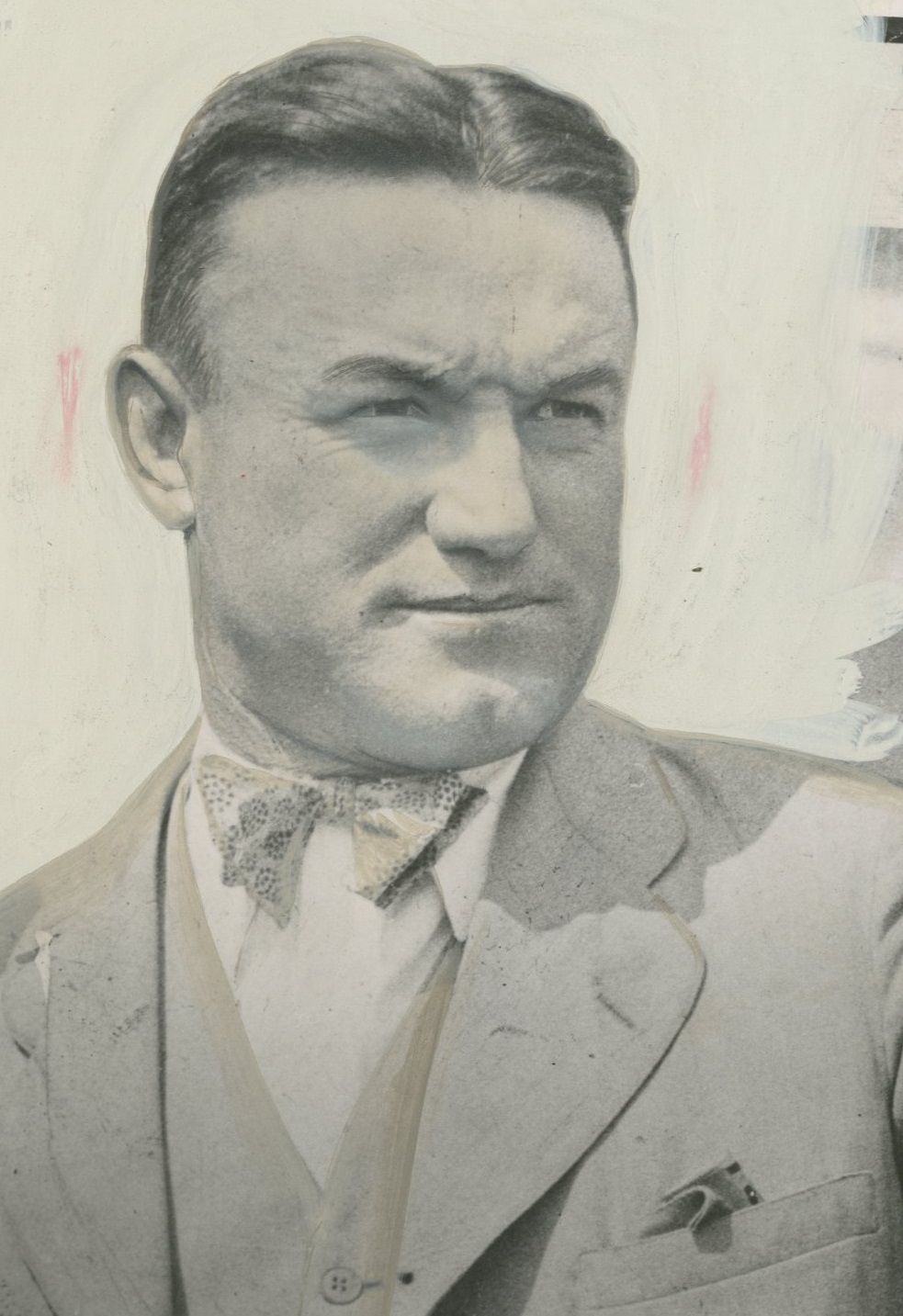 Sound like a lot? Urban is the forgotten man of Buffalo’s forgotten champions, surely the greatest all-around athlete and coach in local sports history. Who else played two professional sports at the same time he was coaching two college ones?

Oh, and Urban was also a goaltender on the hockey team at Boston College – and the club pro at Grover Cleveland Golf Course in the 1930s.

“Luke Urban belongs in the Greater Buffalo Sports Hall of Fame,” says Jeffrey Miller, author of “Buffalo’s Forgotten Champions,” an account of our original NFL team a century ago. “I put him right at the top of most versatile athletes in Buffalo sports history.”

Urban was a rookie end, playing both ways, on the 1921 All-Americans who won an NFL title only to have it taken away – a tale of woe detailed by Jason Wolf in Sunday’s Buffalo News.

During some weekdays in autumn, Urban would double up on practices – as a player with the All-Americans and a coach for Canisius. Then, on the weekends, he would coach Canisius games on Saturday and play in All-Americans' games on Sundays.

Lucky for him, he didn’t have to go far. The All-Americans played almost all of their games in 1920 (before Urban arrived) and in 1921 (his rookie year) at the Villa, the Canisius football field behind the college’s signature building, Old Main.

(Today that original NFL field is home to the college’s grassy quadrangle and to Christ the King Chapel, so you might say Canisius had its own Touchdown Jesus long before that other school known for its golden dome.)

Things got simpler for Urban in winter, when he had to coach Canisius basketball, and in spring and summer, when he was a catcher for the baseball Bisons or for other minor-league clubs in the New York Yankees farm system.

Urban later played parts of the 1927 and 1928 seasons with the Boston Braves – while still coaching two sports at Canisius – and batted .273 for his major-league career.

The NFL will end its 100th season with today’s Super Bowl, and across that century only about 70-some men have played in both the NFL and MLB.

“I guess you could say Luke Urban was the Deion of his day,” NFL historian Joe Horrigan says, namechecking Deion Sanders, who famously played in the NFL and MLB.

Horrigan grew up in South Buffalo and had no idea when he attended Canisius half a century ago that he was treading on an original NFL field whenever he crossed the quad.

“Luke Urban’s face was as battered as the moon’s,” wrote Charles A. Brady in “Canisius College: The First Hundred Years.” The book adds that Urban “looked as much like an archetypal catcher as, in the naming-the-animals anecdote, Adam said the aardvark looked like an aardvark.”

Brady’s centennial history suggested those who know Urban only from fading photos might “find it hard to accept the stories of his coaching charisma. He had it, though, in spades, having been a blend of Siberian shaman, Napoleonic marshal and Polish Falstaff.”

Urban was born the son of Polish immigrants in 1898 in Fall River, Mass. He was a four-sport star at Boston College – football, basketball, baseball and hockey – and, remarkably, was player-coach of the BC basketball team for his sophomore, junior and senior seasons.

He was named All-America in football in 1920, so naturally he joined the Buffalo All-Americans. He played three seasons for them and was named an All-Pro end in each one, though he stood just 5 feet, 8 inches tall and weighed 165 pounds soaking wet.

“Time after time he went through the visitors to make the tackle before they had gained a yard,” reported The Buffalo Evening News after Urban’s first pro game, a 28-0 win against the McKeesport (Pa.) Olympics at the Villa.

As a coach, Urban was an innovator – a pioneer of the spread formation in an era when college and pro teams typically slogged it out in tight formations. His 1923 Canisius team went 8-1, losing only to his alma mater, Boston College, at Braves Field, where he would later play big-league baseball.

All-Americans coach Tommy Hughitt borrowed Urban’s spread formation for a game against the Canton Bulldogs in 1923 because, as The News reported, “Hughitt has watched the Canisius squad use this method of attack so successfully.”

It didn’t work – that game ended in a 3-3 tie – but think of it as a forerunner to the formation that we have come to know as standard in today’s NFL.

Urban would go 46-27-6 in 10 seasons as football coach at Canisius and 68-49 in nine seasons as basketball coach. He returned to his hometown, Fall River, in 1940 and coached football, basketball and baseball at Durfee High School, winning several sectional titles and state championships across 20 successful seasons.

He stepped down as a coach in 1960 but stayed on as the high school’s athletics director until 1967, when the Courier-Express noted his retirement and cited his famed spread formation: “He was far ahead of his time.”

For all of that, Urban also offered a tart sense of humor. The four-sport star once wrote a satirical piece for the Boston College student paper about his favorite sport – catching butterflies.

“This sport brings all the muscles into play,” Urban wrote, “and requires a keen intellect to distinguish between butterflies and golf balls. My next favorite sport is shelling peanuts in the street cars.”

Just think of all the things Luke Urban caught: butterflies, baseballs, hockey pucks – and running backs. Add it all up and this Jazz Age sage is Buffalo’s man for all sports, and all seasons.

Game-by-game predictions: Charting the Bills' path back to the postseason

Jay Skurski breaks down every game of the Buffalo Bills' 2021 schedule and shares his predictions for each game.

Beasley's tweet drew plenty of response, both from those who agreed with him and those who expressed dismay that he would share what they feel is a reckless opinion on social media.

Bills Mailbag: Sorting out the logjam along the defensive line

Jay Skurski answers readers' questions regarding the Bills and the NFL.

Taking a closer look at the Bills undrafted rookie prospects

Here’s a closer look at the undrafted free-agent signees of the Bills, who took the field in Orchard Park for the first time on Friday at the team’s rookie minicamp.

Observations on the Bills' 2021 schedule, with upsides, downsides and over-unders

"Just like the days when the Bills had Jim Kelly, the single most important question in assessing the schedule is: How many games do the Bills have the advantage at quarterback?," writes Mark Gaughan.

The flight experience to Buffalo gave Spencer Brown, Tommy Doyle and Jack Anderson their first full taste of the support they can expect from Bills fans.

"Social media is truly all about what you make it to be," said teacher Taylor Chwalinski.

In advance of the schedule release, News sports writers Vic Carucci, Jay Skurski, Mark Gaughan and Jason Wolf weigh in on a variety of topics.

The Bills have played the Steelers in each of the past two seasons on Sunday Night Football, winning both times, including a 26-15 win in Orchard Park in Week 14 of the 2020 season.

In his mind's eye, Wildgoose is already focused on something far greater than merely dipping his toe in the massive pool that is the NFL.

As a coach, Luke Urban was an innovator – a pioneer of the spread formation in an era when college and pro teams typically slogged it out in tight formations. (Buffalo News file photo)