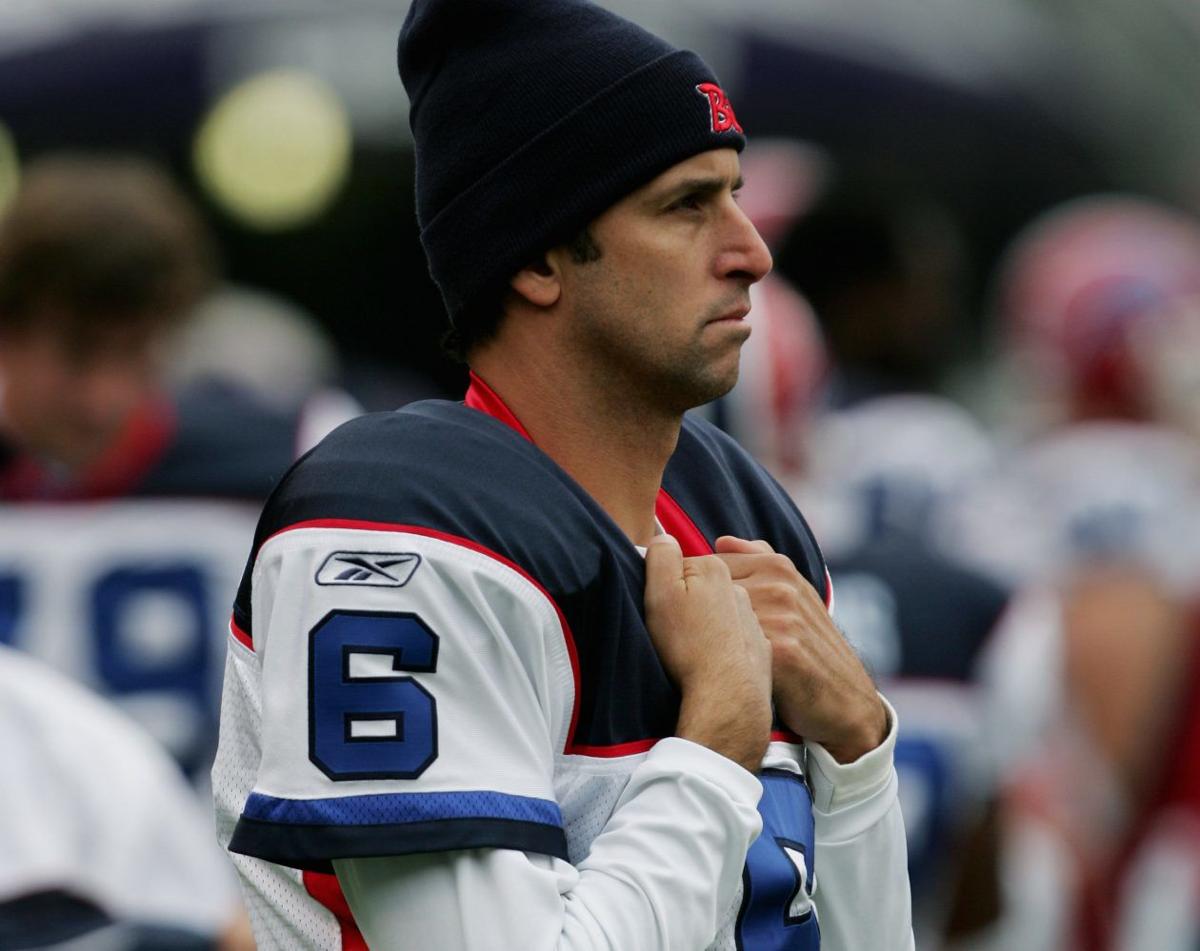 Former Bills backup quarterback Shane Matthews (6) looks on from the sideline during a game against the Baltimore Ravens Oct. 24, 2004, in Baltimore. (Getty Images file photo) 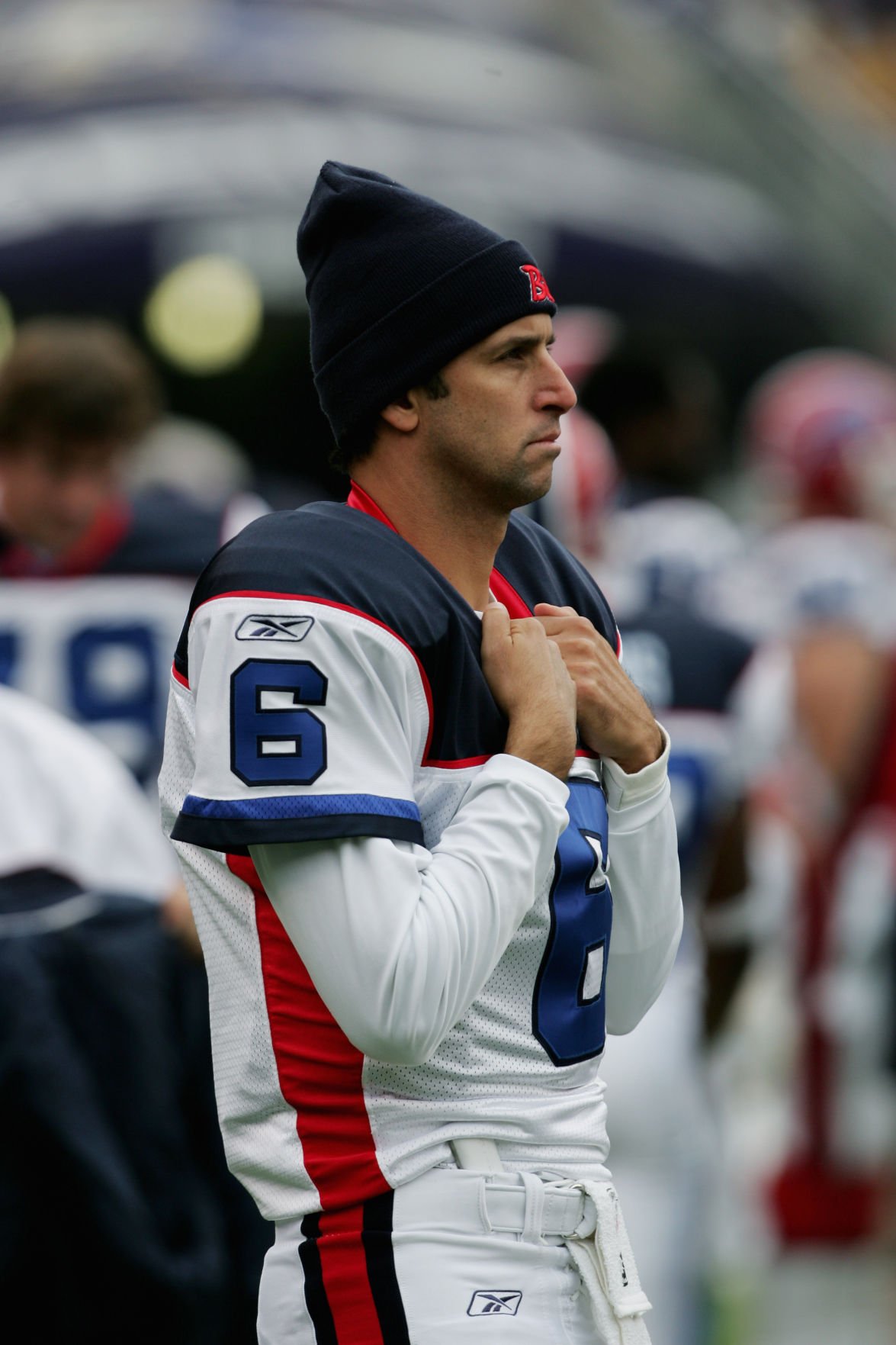 Backup quarterback Shane Matthews (6) of the Buffalo Bills looks on from the sideline during a game against the Baltimore Ravens Oct. 24, 2004, in Baltimore. (Getty Images)

Shane Matthews, who spent part of the 2004 season as the Bills quarterback, has been sentenced to three months in prison and must pay $440,000 for his minor role in a health care fraud conspiracy set up by a former University of Florida teammate.

Matthews pleaded guilty in August to one count of causing a drug to be misbranded, according to the Florida Times Union.

Former Florida linebacker Monty Grow was convicted Monday of health care fraud conspiracy and other charges for bilking $20 million from the TRICARE program for military members, veterans and their families, according to the Miami Herald. Grow faces up to 20 years in prison and was taken into custody immediately.

Matthews, 47, is currently a high school football assistant coach and radio personality in Florida. According to the court, he was paid $440,000 for lining up sales representatives who secured TRICARE patients for the pharmacy. Matthews must report to prison by June 1. Matthews had a number of character witnesses, which helped mitigate the sentence.

His sentence in the plea agreement also calls for electronic home monitoring for three months, 50 hours of community service and a fine.

Matthews was a three-time All-SEC quarterback at Florida and played in the NFL for 14 years for the Bears, Redskins, Bills and Dolphins. He retired in 2006.

Why is Bills quarterback Josh Allen wearing a visor in practice?

Buffalo Bills quarterback Josh Allen has recently been wearing a visor in practice, begging the question, why?

An open letter to Jon Bon Jovi from Buffalo: We’re sorry ... and not sorry

You say that you have knocked us off the map. It’s kind of funny you would put it that way. It is exactly what we were afraid of – getting knocked off the map of NFL cities.

Allen picked a bad time to have his worst game of the season, writes Jay Skurski.

The Bills’ run defense was horrific. So was the lack of discipline they showed as frustrated defenders drew stupid penalties for shoves and hits out of bounds, writes Vic Carucci.

10 observations: Josh Allen comes down hard on himself

All that “Josh Allen for MVP” talk after the first month of the season feels awfully premature right about now, writes Jay Skurski.

The Buffalo Bills’ offense could use better production from the running game.

Allen and Mahomes have toyed with the idea of having a “throw-off” since February 2019.

Former Bills backup quarterback Shane Matthews (6) looks on from the sideline during a game against the Baltimore Ravens Oct. 24, 2004, in Baltimore. (Getty Images file photo)

Backup quarterback Shane Matthews (6) of the Buffalo Bills looks on from the sideline during a game against the Baltimore Ravens Oct. 24, 2004, in Baltimore. (Getty Images)