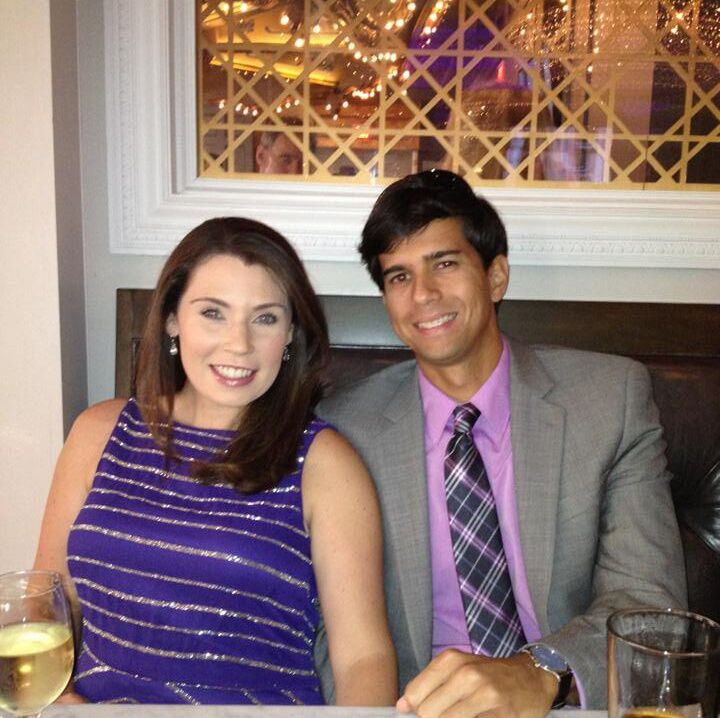 Lauren and David Oubre. She's a Bills fan; he's a Saints fan whose loyalty has moved to the Bills. 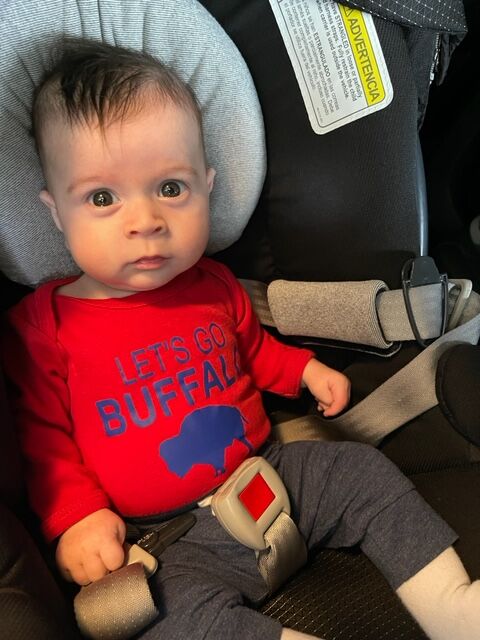 Grant Oubre, rocking his Bills gear, at an early age.

Now is hardly the time to be dreaming of Super Bowls, let alone Super Bowl parades. But Lauren Oubre is ready, just in case.

She is a Buffalo Bills fan who lives in New Orleans, where the Bills play the Saints on Thanksgiving night. She’ll have a Thanksgiving feast and watch the game on TV with her parents, who are driving from Western New York, and with some of her husband’s family from Louisiana. So it’ll be a friendly split of Bills fans and Saints fans.

“We’ll get the drinks going and have a good time,” Oubre says. “And may the best team win.”

As it happens, the Saints won Super Bowl XLIV following the 2009 season, not long after Oubre moved there. She went to the victory parade.

“It was a lot of fun,” she says. “And I made a promise to myself: ‘If the Bills ever win the Super Bowl, I’m going to be at that Super Bowl parade.’ ”

A few days after the Bills pounded the Houston Texans, 40-0, in the first week of October, Oubre posted this on Twitter: “Did I make a downtown Buffalo hotel reservation for mid-February for a possible Super Bowl parade, with a friendly cancellation policy today?! Maybe.”

Oh, she did: The reservations are for the Hampton Inn & Suites on Delaware Avenue for a couple of days during the week after this season’s Super Bowl, which will be played in Los Angeles on Feb. 13. Given the Bills’ recent struggles, of course, that cancellation policy seems like a good idea.

“You jinxed it with the friendly cancellation policy,” tweeted one commenter under her original post. “Gotta go all in for the football gods to be happy.”

Oubre’s rejoinder: “Buffalo. February. The cancellation policy is in case there is a blizzard and I can’t get there.”

Forget blizzards. Covid is the culprit that has kept her away from Western New York for almost two years. Bills Twitter gives her a way to be back in a virtual sense.

“It feels like home for me a little bit,” she says. “It is nice hearing all that Bills talk. As obsessive as I am about the Bills, it’s nice knowing I’m not the only one out there.”

Here’s what she tweeted during Sunday’s 41-15 loss to the Indianapolis Colts: “Holding penalty on 3rd down, stop me if you’ve heard that before.”

Oubre grew up in Holley, a village of 1,800 near Brockport. Her parents and older brothers were Bills fans. Her uncle had season tickets. And her father took her to her first Bills game when she was 8.

“I was instantly hooked,” she says.

Oubre went to Holley High School and Niagara University, where she majored in business with a concentration in finance and economics. She studied abroad for one semester at the National University of Ireland in Galway. And soon after graduation, she moved to New Orleans, where she got a job at the NASA Stennis Space Center, in Mississippi, near the Louisiana line.

There she met Dave Oubre, her future husband. They are both contracting officers for NASA and are planning a move in the months ahead to the Rochester suburb of Webster, where they plan to work remotely. They have two children: Charlotte, 3, and Grant, 9 months.

Charlotte’s toy car has a Bills Mafia bumper sticker. Grant is not named for Will Grant, the former Bills center, or Grant Guthrie, the former Bills placekicker. He got the name because his parents work on NASA grants. “And I always loved Cary Grant,” Oubre says.

Her husband is a Saints fan who tells her he will be rooting for the Bills on Thanksgiving.

“He is a Saints fan first, but he has fully embraced the Bills as well,” she says. “He might have more Bills gear than I do. And he figures the Saints have already won a Super Bowl and the Bills haven’t won one yet, and we have to get that monkey off our back.”

For a while, it felt like this could be that season. Especially when, as Oubre puts it, the Bills “dropped 40 on the Texans.” NASA is based in Houston, but she didn’t gloat about the shutout. Her reason is Buffalo to the bone.

“I try not to rub it in too much when somebody else’s team loses,” she says. “I know how that goes.”

It doesn’t matter if their team is winning or losing, when the Bills go on the road, the Bills Mafia goes along for the ride. For one couple, that means Super Bowl or bust.

Lauren and David Oubre. She's a Bills fan; he's a Saints fan whose loyalty has moved to the Bills.

Grant Oubre, rocking his Bills gear, at an early age.