Emmanuel Sanders scored his first two touchdowns of the season in the Bills' 43-21 rout of Washington on Sunday. His pair of celebrations in the end zone could not have been more different.

Fired up after catching his first touchdown from Josh Allen to put the Bills on the board in the first quarter, Sanders launched the football into the stands, which will earn him a $7,210 fine from the league under the sportsmanship rules of its collective bargaining agreement.

When Sanders snagged a 5-yard dart from Allen in the corner of the end zone late in the third quarter to push Buffalo's lead to 19, the wide receiver may have atoned from his earlier choice, handing the football to a young Bills fan after an initial bow. After the game, it wasn't just the impressive stat line that was cherished by the veteran wideout.

"Aw, man. It felt good. It felt really good," Sanders said about the two touchdown receptions. "I think the best part was handing that ball to that kid and seeing the reaction. I think that’s what it’s about."

The reaction from the young fan, Dylan DiMaggio, involved saying, "Oh my God," multiple times, as can be seen on the broadcast.

En route to DiMaggio, Sanders passed the father of Patrick Duffy, a morning show sports radio host from Rochester. Duffy's father was seated immediately to DiMaggio's right, and can be seen in the replay reaching for the ball before smoothly removing his hands as Sanders' intended recipient became clearer.

Yes that was my dad on TV in the white Josh Allen jersey after the Sanders TD.You can CLEARLY see in the replay that he tries to take the ball… then when it’s handed to the kid, attempts to play it off like he didn’t.#BillsMafia pic.twitter.com/siRNMg7Yuo

Sanders, who joined the Bills as a free agent from New Orleans, finished Sunday's win with five receptions for 94 yards and the two touchdowns.

Plays that shaped the game: Bills ate up zone coverage in middle of field

Quarterback Josh Allen completed 20 of 25 passes for 225 yards and a touchdown on throws between the numbers of the field.

Takeaways are back for Bills' defense in stuffing Washington

The Buffalo Bills forced three turnovers Sunday, and the Washington Football Team finished with 290 yards of offense, unable to keep up with the Bills and sustain drives.

Last season, Allen finished second in NFL MVP voting while leading the Bills to the AFC championship game, but he did so while largely playing in empty stadiums. Now, he’s beginning to show it was no fluke.

Don't miss all of our coverage of the Buffalo Bills' 43-21 win over the Washington Football Team in Week 3.

Upon Further Review: Veteran receiver Emmanuel Sanders proving to be an upgrade for Bills' offense

Sanders finished with five catches for 94 yards and a pair of touchdowns in the Bills’ 43-21 win over the Washington Football Team.

The Editorial Board: It seems to us – A ‘genius’ with Buffalo roots, making a young fan’s day, and a four-footed thief

“This one was for Brian Daboll,” offensive lineman Dion Dawkins said. “He puts a lot of love in faith in us, and we went out there and did this thing for him.”

The Buffalo Bills defeated the Washington Football Team 43-21 at Highmark Stadium in a Week 3 showdown on Sunday, Sept. 26, 2021.

Josh Allen completed 32 of 43 passes for 358 yards and four touchdowns  and rushed for another TD as the Buffalo Bills defeated the Washington Football Team 43-21 at Highmark Stadium. 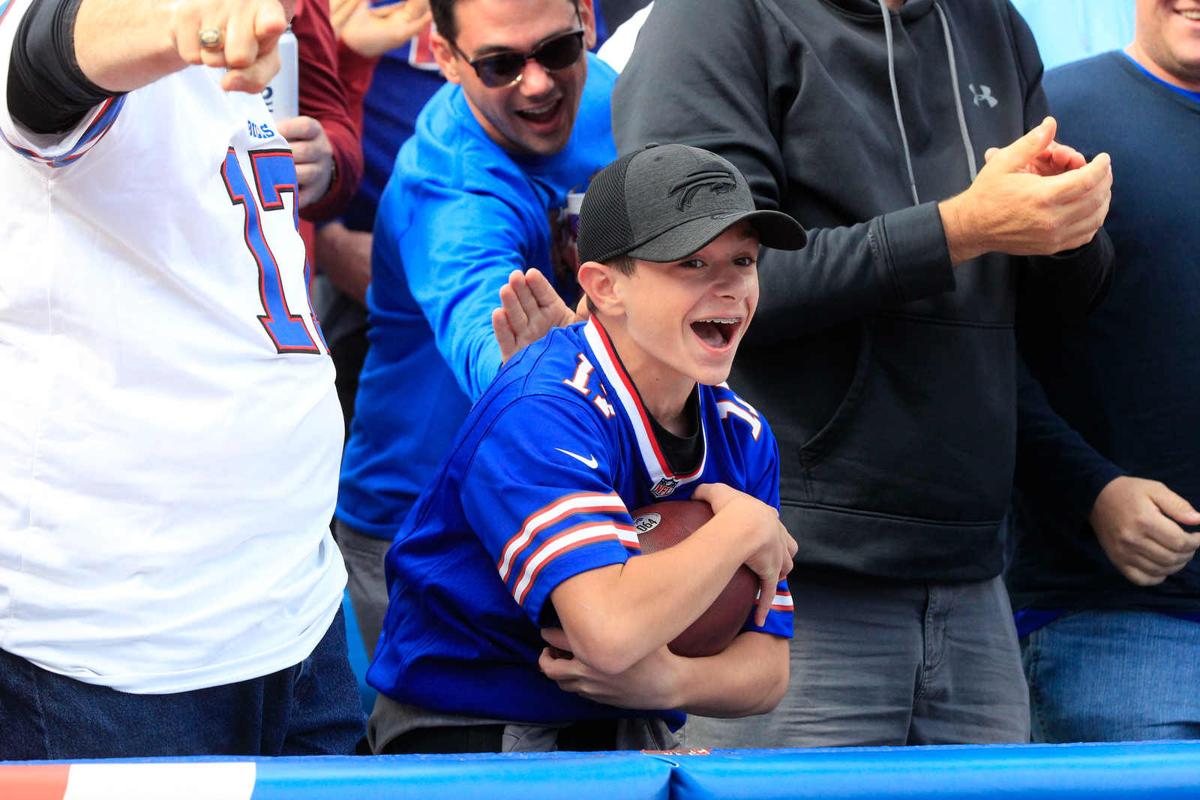 Dylan DiMaggio reacts after Buffalo Bills wide receiver Emmanuel Sanders handed him the ball after scoring a touchdown during the third quarter at Highmark Stadium. 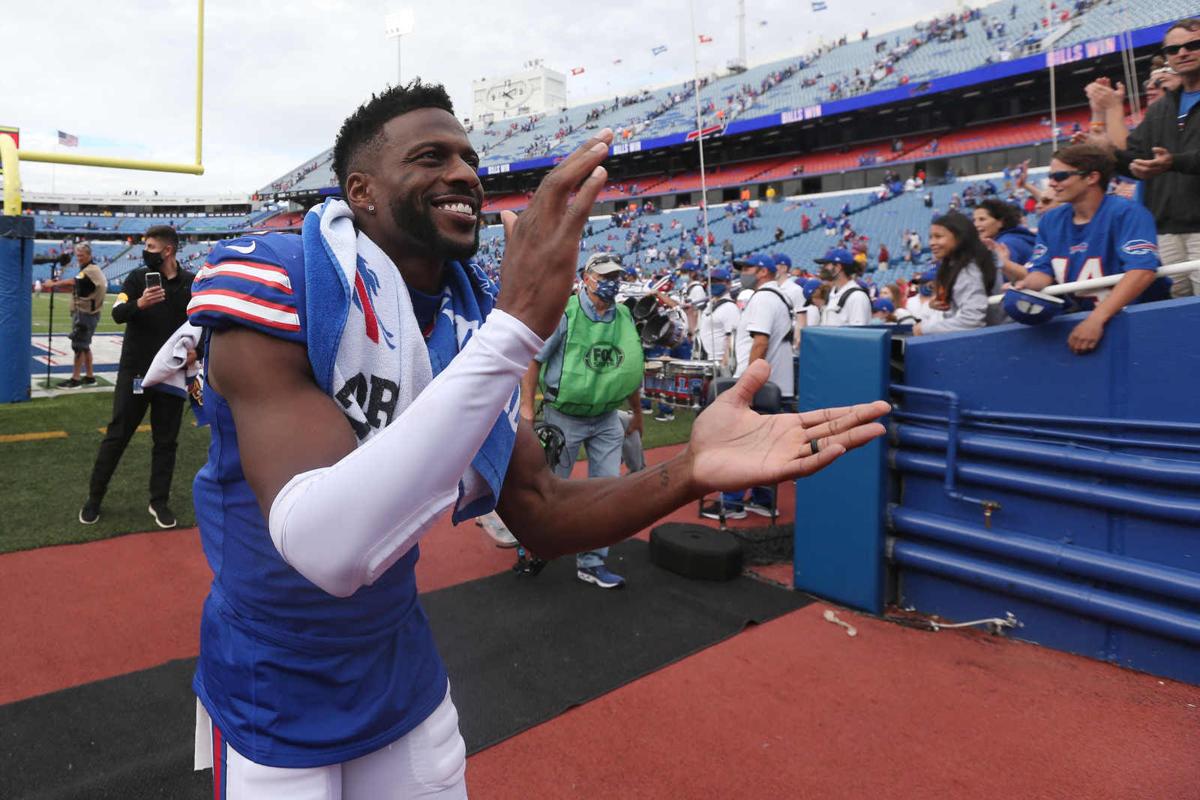