Buffalo Bills players and coaches have done their best to wrap cushions around what happened the past two weeks.

No one expected to go 16-0. It’s all part of the ups and downs of a season. Don’t panic. Stay the course. We have what it takes to fix this.

Nothing can soften the blow of the massive gut punch from back-to-back losses against the Tennessee Titans and Kansas City Chiefs.

The lingering effect is a revised perspective on all the giddiness that once filled the autumn air in Western New York.

1. Any suggestion the Bills belonged among the AFC’s elite because of their 4-0 start and offensive dominance in those games has been blown away like a wind gust taking out a pile of leaves.

2. Sunday’s game against the New York Jets looms a whole lot larger than it did before the Bills took the field Monday night.

As pitiful as the 0-6 Jets are and as much as they’ve proved they’re the worst team in the NFL and perhaps all of sports, they are what stands between the Bills and the chance to end a two-game losing streak.

A third consecutive loss wouldn’t technically kill the Bills’ chances of winning the AFC East or making another wild-card playoff appearance, but it would feel as if that’s where this season was headed. After Sunday, there are no more gimmes on the schedule.

Then, there is the nightmare of becoming the first victim of the Jets, who seem on the verge of firing coach Adam Gase and are making almost no effort to be even semi-respectable. It would be nearly impossible for the Bills to live that down. The boys in Vegas have good reason to make Buffalo a 13-point favorite. A close victory, with the Bills being hurt by the same issues that have surfaced the past two weeks, won't cut it.

The Bills are, without a doubt, in a must-win-big position. Or, perhaps more accurately, they’re in a you-can’t-even-fathom-the-thought-of-losing spot.

Either way, the situation calls for something upon which the franchise could routinely rely in its Super Bowl glory days. On those rare occasions the Bills would hit a rough patch in the early 1990s, they always managed to come out of it because their big-time players would rise to the occasion and perform as, well, big-time players.

Jim Kelly. Bruce Smith. Thurman Thomas. Andre Reed. Darryl Talley. Cornelius Bennett. They would deliver and the Bills would be back on track for another long postseason run.

There’s no need for a reminder here that four of those guys have bronze busts in Canton and no one on the Bills has barely done enough to earn a pocket on a Hall of Fame jacket, let alone induction. The point is that if you’re a team that’s supposed to be good – and the Bills’ 4-2 start and victories against the 4-2 Los Angeles Rams and 3-2 Las Vegas Raiders would seem to qualify them as such – then you should have the players capable of stepping up when it is needed the most.

That means you, Josh Allen. And you, Tre’Davious White. And you, Stefon Diggs. And Jerry Hughes. And Micah Hyde. And Jordan Poyer. And, you, too, Devin Singletary.

“Most definitely,” White told reporters in a video call Wednesday. “It comes back to when the opportunities present themselves, you’ve got to make the plays. That’s just plain and simple.”

White gets it. The huge contract extension he received in the summer took a situation like this into account. Forget about all those defensive lapses the Bills have had before and during their two-game skid – the lapses that allowed the Rams to escape a 25-point hole, the inability to pressure or contain Titans quarterback Ryan Tannehill, the tissue paper-like resistance there was for Chiefs rookie running back Clyde Edwards-Helaire.

There can be none Sunday. The Jets are bad in all phases. The Bills must make sure the downward spiral continues.

“When you’re on the field on Sundays in the NFL, it’s about winning your one-on-ones. We haven’t been doing a good job of winning our one-on-ones. We’ve got to get back to the drawing board and try to see where pretty much we can put ourselves in a position to make the play. That’s definitely something to think about.”

Allen has a lot to ponder as well. For four weeks, he was a central figure in the conversation about NFL MVP. Now, the talk is about how he has reverted to his old inaccurate ways and losing his cool under the intensified national spotlight.

Allen is as accountable as any player in the team, if not the entire league. When things go wrong, he accepts full responsibility. When they go right, he readily shares the credit.

But as with White, Allen is keenly aware of the circumstances facing him and his teammates.

“Yeah, it’s the saying, ‘Big-time players make big-time plays in big-time games,’ ” he told reporters. “We’ve got to show out. But again, it’s not a week-by-week basis. Every game, you’ve got to find a way to show up or else you have a chance to lose that game, a la the last two weeks. We’ve got to find ways that our guys step up and make plays for us and, like I said, it starts with me.

“I think doing my part sometimes is doing less, allowing myself to trust my teammates around me and taking the check down when possible and not trying to force things down the field. I’ve got to go out there and make the right decisions, make the right throws, allow our guys to catch the ball in space and make some plays for us. I think it’s not as simple as it sounds but it’s doing my job, whatever is asked of me and making the right decisions.”

Sean McDermott understands the importance of Allen and others at the upper end of the roster doing what is expected of them Sunday.

The coach, though, is careful not to put all the burden on them. That would be in clear violation of his one-eleventh mantra.

“It’s a team approach, too,” McDermott told reporters. “You can’t just hinge on one or two players or what have you. If you want to put it on anyone’s shoulders, put it on mine. I’ve got big enough shoulders. That’s the role of the head coach. Outside of that, it’s what can we do better as a football team? And it’s got to be a team-first approach and we’ve got to hang together.

“Listen, the reason why you see grown men cry when they hold that (Lombardi) trophy at the end of the year is because it’s hard. It’s hard, man, to get to where you’re trying to go. It’s never easy. When we were 15-1, in my career at one point, it wasn’t easy then, either. So, we’re 4-2 right now and that’s in the past. What we can control is what’s ahead of us, our attitude, our effort, our energy, our preparation. And we’re going against a Jets team that certainly has struggled this year at times, but they’re a good football team with talent on that roster. And we’ve got to earn the right to win this week as we’re moving forward here.”

White, for one, is buying into the coach’s message. To him, the path to where the Bills want to go doesn’t require a perfect or even near-perfect record.

It has to start with winning the AFC East, which the Bills lead. Beating the Jets would enhance that cause.

“So you get yourself in the playoffs, that’s all you want,” White said. “Win your divisional games. Get into the playoffs and get into the dance and let the chips fall where they may. We’re still in a good spot.

“There’s no panic. We have the players here and we have the answers here, so I feel like we’re going to be fine.”

Sunday will go a long way toward determining if that’s truly the case.

View from Vegas: Bills are rare double-digit favorites on road

Your guide to Sunday's Bills game at the Jets

For the Jets, quarterback Sam Darnold is expected to practice in a limited capacity, coach Adam Gase told Jets reporters. 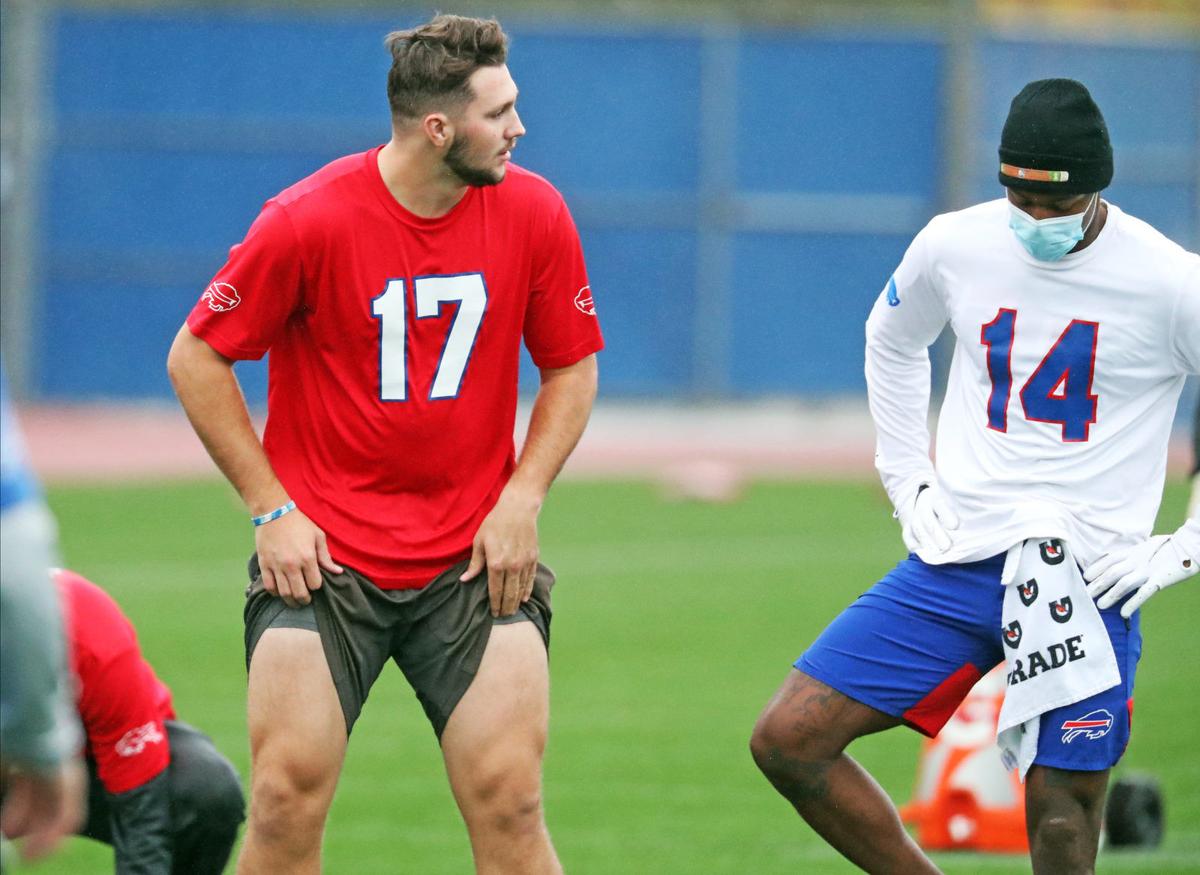 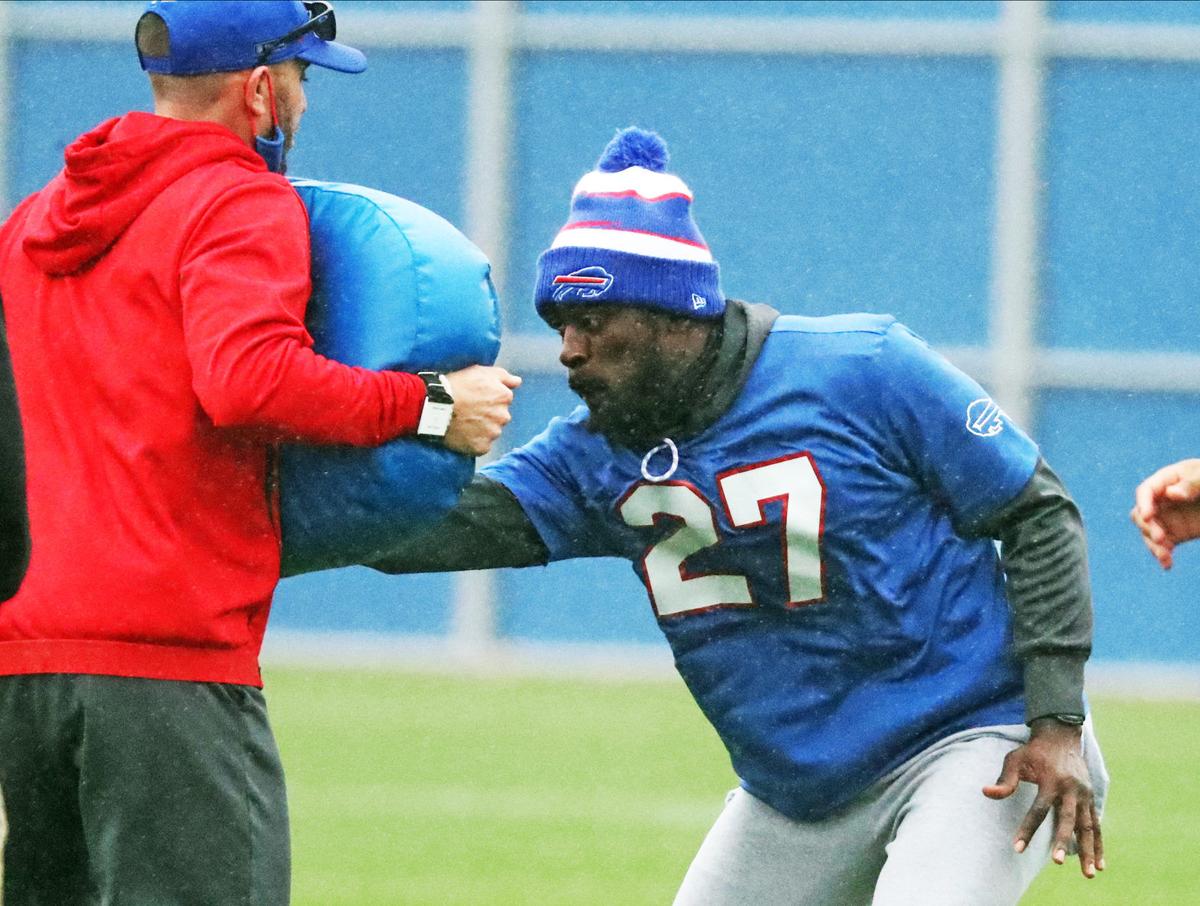 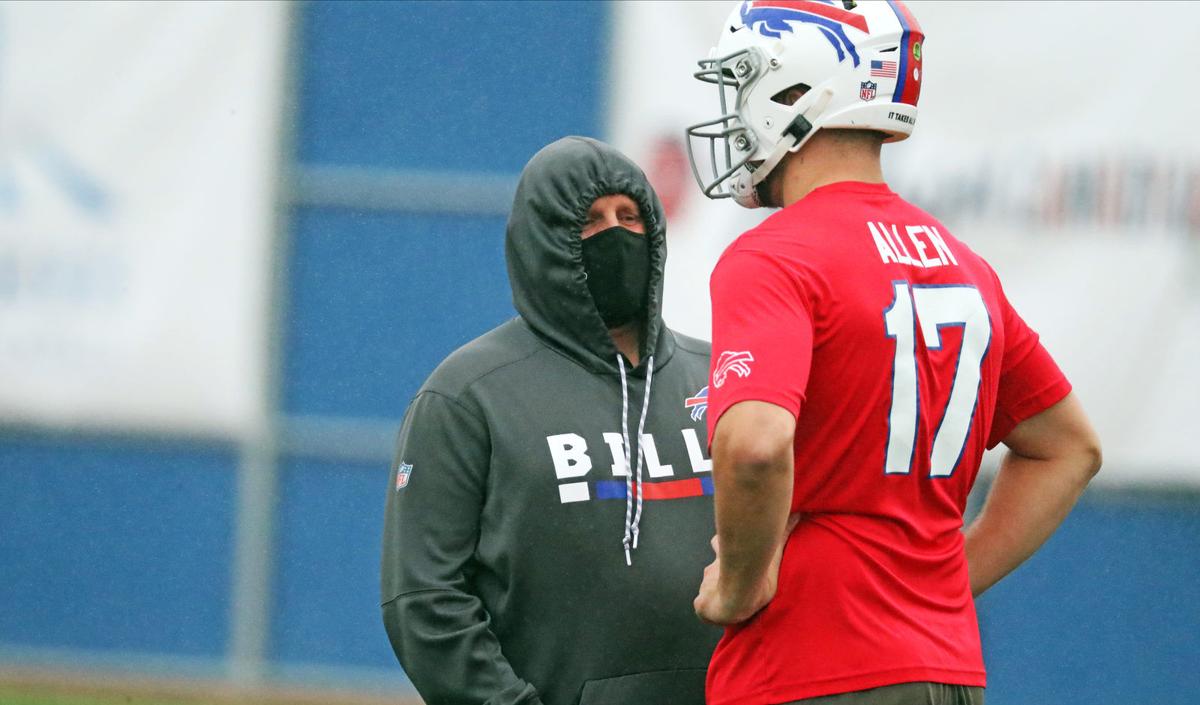