The Buffalo Bills continued their impressive string of good health under head coach Sean McDermott in the 2020 NFL season.

The Bills lost the fifth fewest games by starters to injury last season, according to a Buffalo News study.

The Bills had the healthiest starting lineup in the league in 2019. They lost the fourth fewest games by starters to injury in 2018, and they tied for ninth in fewest games lost in McDermott’s first season in 2017, according to News figures.

As is usually the case, most of the healthiest teams were winning teams.

The NFL Scouting Combine that normally starts this week is another victim of the pandemic. Nevertheless there's plenty to chew on as the NFL readies for free agency next month.

Atlanta was an exception. The Falcons lost the fewest games by its starters, just 26, yet struggled to a 4-12 record.

But Super Bowl champion Tampa Bay was second on the list, with just 27 games lost by starters.

Ten of the top 13 teams on the least-injured list made the playoffs. Also ahead of Buffalo were the Los Angeles Rams (third at 32) and the Chicago Bears (fourth at 33).

Buffalo is the only team in the league to rank among the top 10 each of the past four years. The Bills lost just eight games by starters in 2019.

San Francisco was at the bottom of the list, with 114 games lost by starters. The Niners lost their best pass rusher (Nick Bosa), their quarterback (Jimmy Garoppolo), their All-Pro tight end (George Kittle), their best receiver (Deebo Samuel) and their most experienced cornerback (Richard Sherman) for a half a season or more. After making the Super Bowl in 2019, the Niners fell to 6-10.

Denver and Dallas tied for second most at 94. Seattle (82) was the only team among the bottom 10 to make the playoffs.

The Buffalo Bills’ defensive tackle roster is facing some big changes this offseason.

The Bills lost five games by starters who went on the Covid-19 list. Knox missed two. Brown, Wallace and Josh Norman missed one apiece. Wallace and Norman both sat out the Arizona game due to Covid-19.

The season continued the string of relative good health that the Bills have enjoyed under Nate Breske and his staff. Breske was hired by McDermott in 2018 as the team’s head athletic trainer. The Bills generally have been able to stay away from soft-tissue injuries to hamstrings, calves and quadriceps that can keep players at speed positions out of the lineup.

Breske drew praise from general manager Brandon Beane for his oversight of the team’s Covid-19 procedures.

“All the coach protocols Nate Breske and his staff went through to help us get through a safe season, a lot went into that,” Beane said.

There is a fair measure of randomness to the injury bug in the NFL. Seven of the 11 least injured teams this year have ranked in the bottom 10 at some point in the past four years.

There also is some subjectivity in counting injuries to starters. In almost all cases, The News counted a team’s No. 3 receiver as a starter because that player almost always plays more snaps than a fullback or the second tight end. Each team’s nickel cornerback was counted as a starter over the third linebacker.

The Buffalo Bills failed to take the fullest advantage of their dynamic passing offense because their defense didn't do enough to defuse opposing passing attacks.

The injury numbers do not count backup players who miss games. However, the totals do count cases in which a backup assumes a starting position due to an injury and then misses a game or more to injury. Norman counted two missed starts for the Bills because he was out for two of the games that Wallace missed. Norman would have started those two.

The News did not count players who were injured in the offseason and were not on the roster after the NFL’s cutdown to 53 players a week before the start of the season.

Thus, Bills guard Jon Feliciano was not counted for the seven games he missed to start the campaign. He suffered a torn pectoral muscle before the start of training camp.

But Denver All-Pro edge rusher Von Miller was counted. He made the Broncos’ active roster, but then was lost for the season to a knee injury in practice two days before the season opener.

Devin Singletary is only 23 years old, so we know he didn’t lose any speed or quickness in his second season for the Buffalo Bills. His production, nevertheless, decreased. 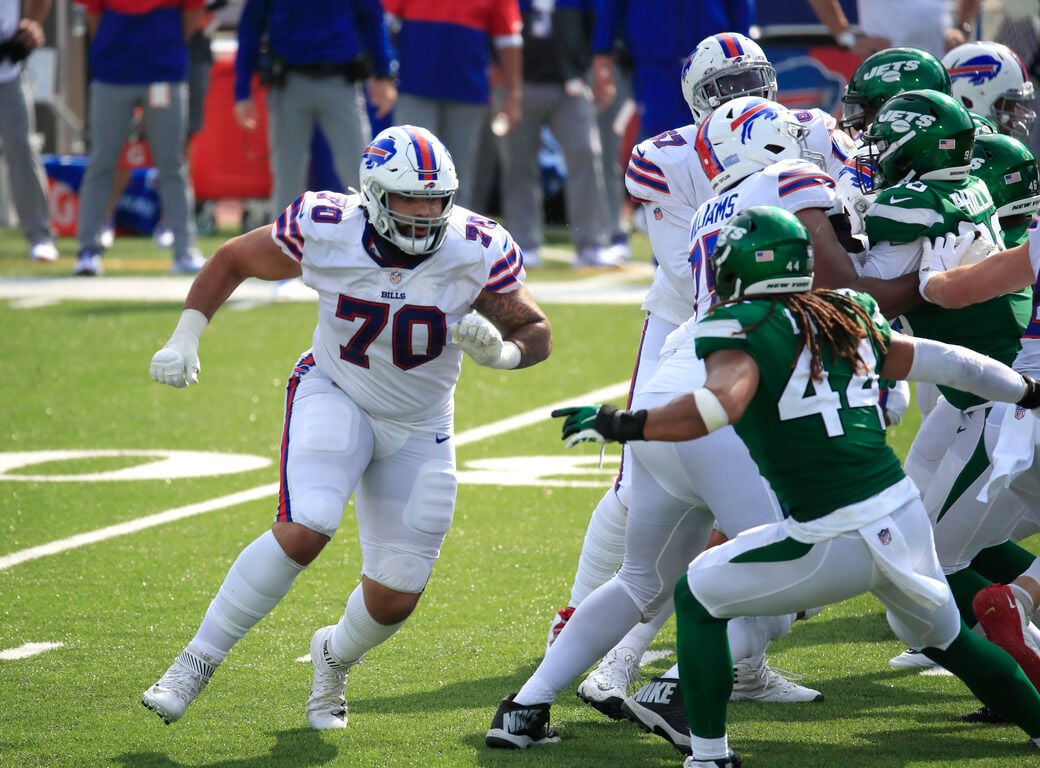 Guard Cody Ford, pulling on a run play in the season opener against the New York Jets, missed nine games due to injury in 2020. 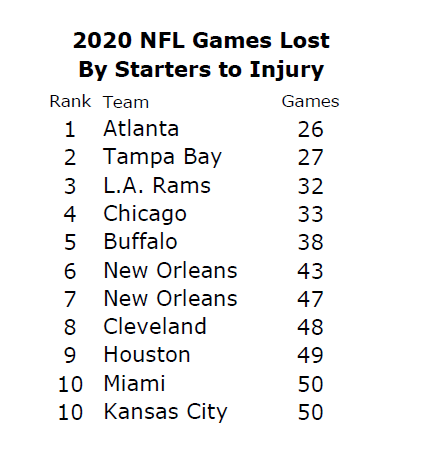