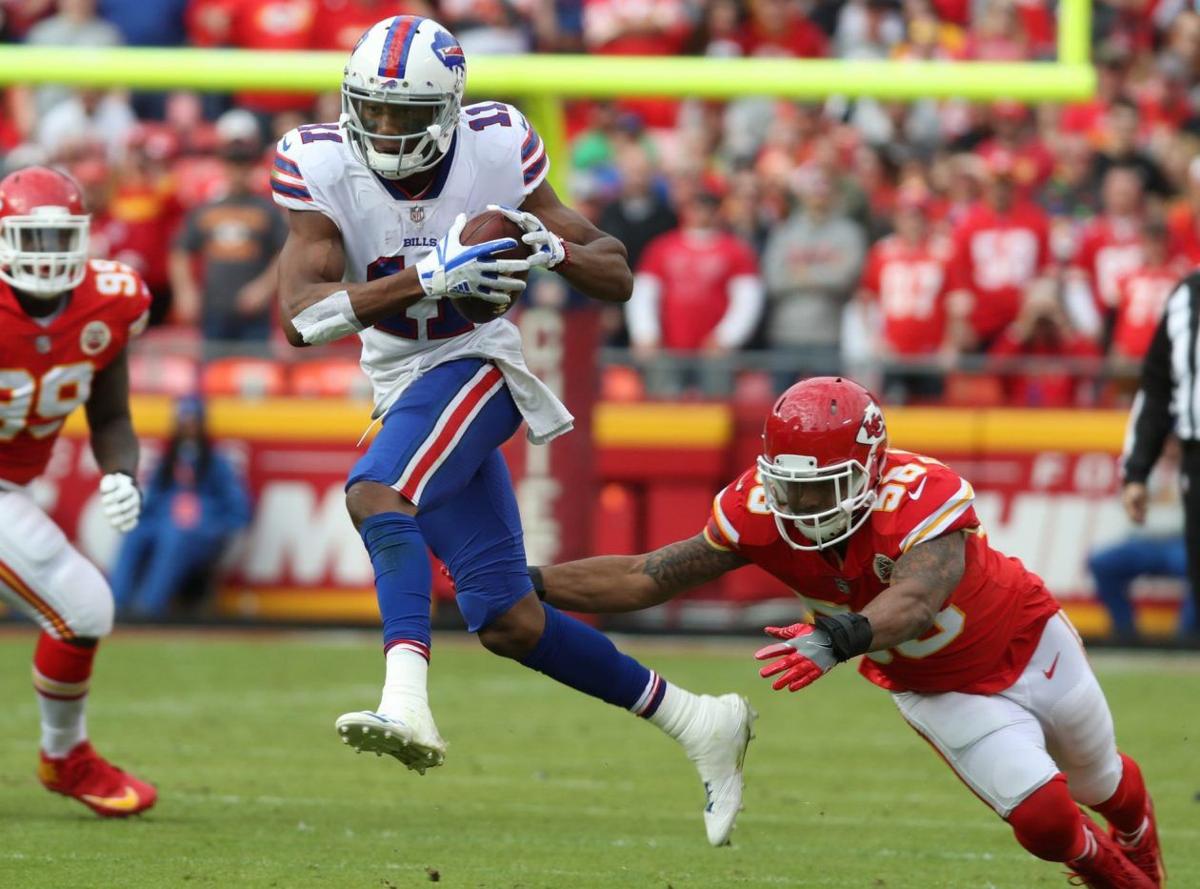 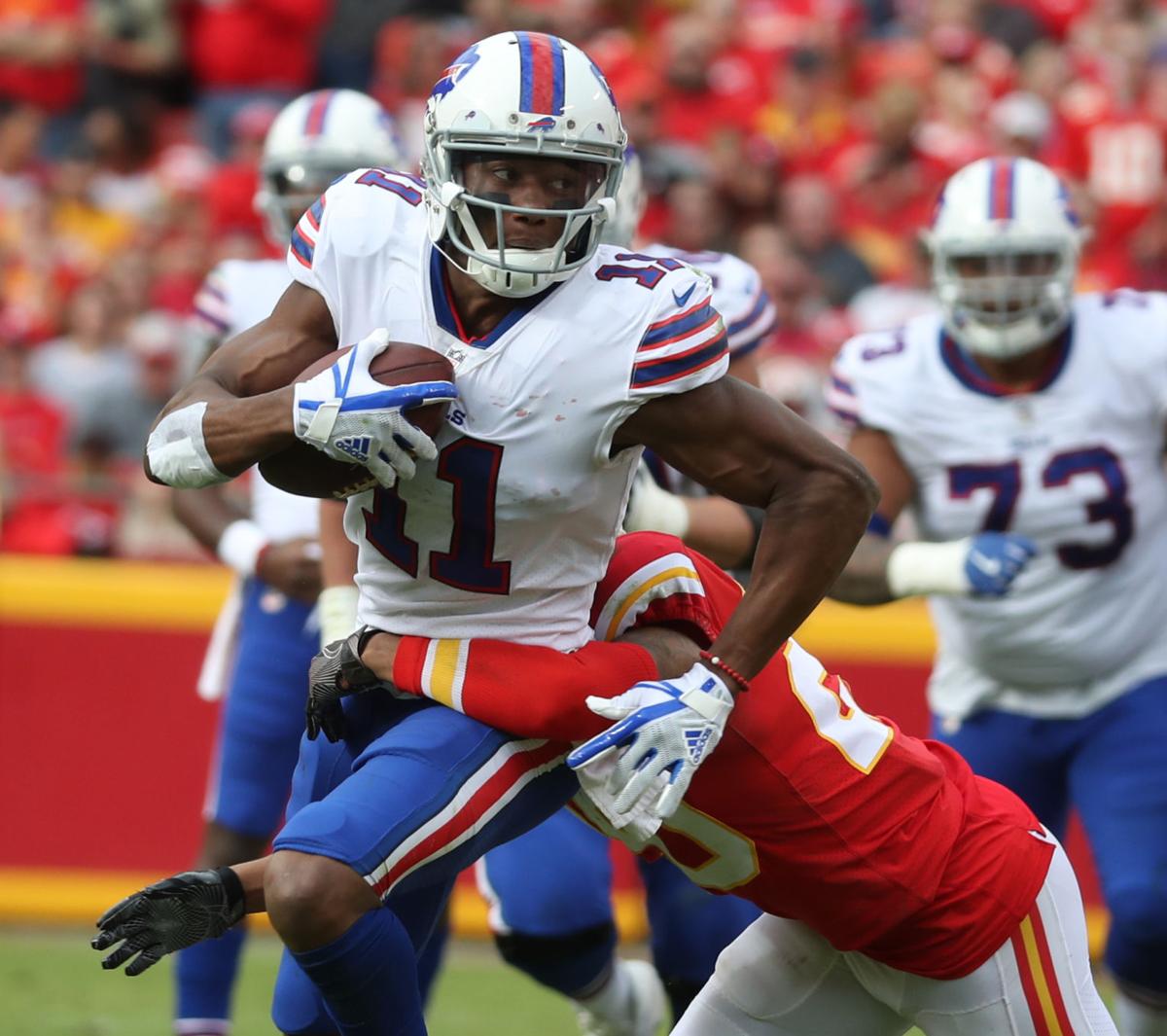 Five weeks ago, after the Bills blew out the Raiders and improved to 5-2, it still would have been hard to fathom them beating the Chiefs on Sunday afternoon in Arrowhead Stadium. Kansas City had stumbled against the Steelers and Raiders to fall to 5-2, but it was hardly cause for alarm.

All along, the challenge for everyone who has watched the AFC this season is putting wins and losses into proper perspective. Never mind NFL parity leading to a competitive conference. It's a bunch of mediocre teams beating up on one another, making it difficult to get a gauge on the conference.

The Bills rose from the dead Sunday in a 16-10 win over the Chiefs, a victory that should be celebrated after three straight blowout losses. Buffalo fans would be wise to temper their excitement, however, because the win came against a Kansas City team that has been reeling for weeks.

It's funny how their roads lead to the same place.

Buffalo improved to 6-5 while Kansas City fell to 6-5. The Bills' defense was back in order after getting shredded in the three previous weeks. Or was it the Chiefs' offense that continued to struggle? Kansas City has scored one touchdown in their last nine quarters and failed to score more than 17 points for the third straight game.

For Buffalo, it was a good win over a team that has now lost five of six games, including three straight. And that was uncertain until rookie Tre'Davious White intercepted Alex Smith on the Chiefs' final drive. The Bills' stiffest challenge this season should come next week against the Patriots.

The most astonishing aspect of the Bills' three-game skid was that they remained in playoff contention. Buffalo dominated the first half Sunday and withstood Kansas City's charge in the second half before going home with the win. If you thought the Bills would let it slip away, as they often do, you are not alone.

You never know what to expect from the Bills. Or the Chiefs, Ravens, Bengals, Raiders, Chargers, Jets and every other team between the Patriots and Browns. Kansas City, a popular preseason choice to reach the Super Bowl, finds itself in a major crisis after losing at home a week after losing to the lowly Giants.

Maybe they're not that good after all.

Good luck predicting which Bills' team will show up on a Sunday, in part because you're not sure about the opposing team on a week-to-week basis. Sometimes, there's no telling what will happen from quarter to quarter or series to series.

If the Bills miss the playoffs by a game, people will look back on Sean McDermott's dubious decision to start rookie Nathan Peterman over veteran Tyrod Taylor in the 54-24 loss to the Chargers last weekend. And it would be a waste of time and energy considering how this season has unfolded.

McDermott's decision created a storm in Buffalo, but it actually made sense in theory. The Bills were looking for more production from their quarterback, and McDermott decided to take a shot with a pocket passer. The experiment blew up in the laboratory when Peterman threw five first-half interceptions.

Sure enough, the response was swift and stern from people who acted as if McDermott cost the Bills the game and weakened their chances for the postseason. Critics failed to acknowledge that Buffalo would have had a tough time beating the Chargers no matter who started at quarterback.

Lost in the controversy was the fact the Bills' defense had struggled against the Jets and Saints. Peterman didn't help matters against the Chargers, but it wasn't as if Taylor was some raging bull on the road. McDermott was just like everybody else who doesn't know what to expect on a given Sunday.

Rest assured, Chiefs fans are clamoring for rookie Patrick Mahomes after Smith threw for 199 yards, one touchdown and a critical interception Sunday.

This much is certain: Good things happen when the offensive line gives the quarterback enough time to throw and the running backs room to run. The Bills' O-line struggled mightily during their three-game losing streak. Their shortcomings contributed to their defense getting bludgeoned.

The Chiefs' offense gained 57 yards and had one first down in the first half before marching 84 yards for a TD to start the third quarter. They started the game with five three-and-outs against a team that had coughed up 135 points in blowout losses to Jets, Saints and Chargers.

Say what you will about Taylor, who can't seem to keep anybody happy, but he's most effective when using his mobility. He found Zay Jones for the first touchdown after rolling to his left by design and finding the rookie receiver in the end zone on a crossing route.

The Bills have made a concerted effort to keep Taylor in the pocket and turn him into a prototypical quarterback. But that's not what he does best. He's the most elusive quarterback in the NFL, which means the Bills should be drawing up plays in which he gets into space and has the option to pass or run.

Taylor ran a college-style option on one play in the second quarter, keeping the ball for a 4-yard gain on first down and forcing the Chiefs to account for him. He spread the ball around, connecting with five receivers while helping the Bills control the ball and build a 10-point lead that carried them to victory.

The Bills didn't solve all problems Sunday. They played just well enough to win. And because they won, they remain in the playoff race – for now. Check back at the end of next month. As we have learned already, much can happen in five weeks.

Charles Davis: 'Very good' Bills can benefit from competition in the AFC East

The CBS NFL analyst thinks looming challenges for the division title can only help the Bills' chances.

The Bills are an impressive 7-3 at the bye, but there’s plenty for fans to worry about. Here’s what’s keeping you awake in this week’s Bills Mailbag.

Sweeney, who has missed the entire season with a knee injury, had been placed on the league’s Covid-19/reserve list in late October after being deemed a close contact with tight end Dawson Knox.

The Buffalo Bills are back from their bye, yet something continues to be amiss with the picture that is Mitch Morse's status.

Bennett is one of four players who also made the semifinal list for the first time.

This is the story of how a TD catch turned a TV catchphrase into a toe-tapping time capsule of Buffalo sports history.

The Bills have opted to practice Tuesday, Wednesday and Friday this week in order to give the players and coaches off for Thanksgiving.

Roundtable Part 2: Which Bills player needs to step up in the last six games?

News Sports Writers Vic Carucci, Jay Skurski, Mark Gaughan and Jason Wolf answer key questions about the Buffalo Bills first 10 games, and look ahead to the next six and beyond.

The Buffalo Bills are back from their bye, yet something continues to be amiss with the picture that is Mitch Morse's status.