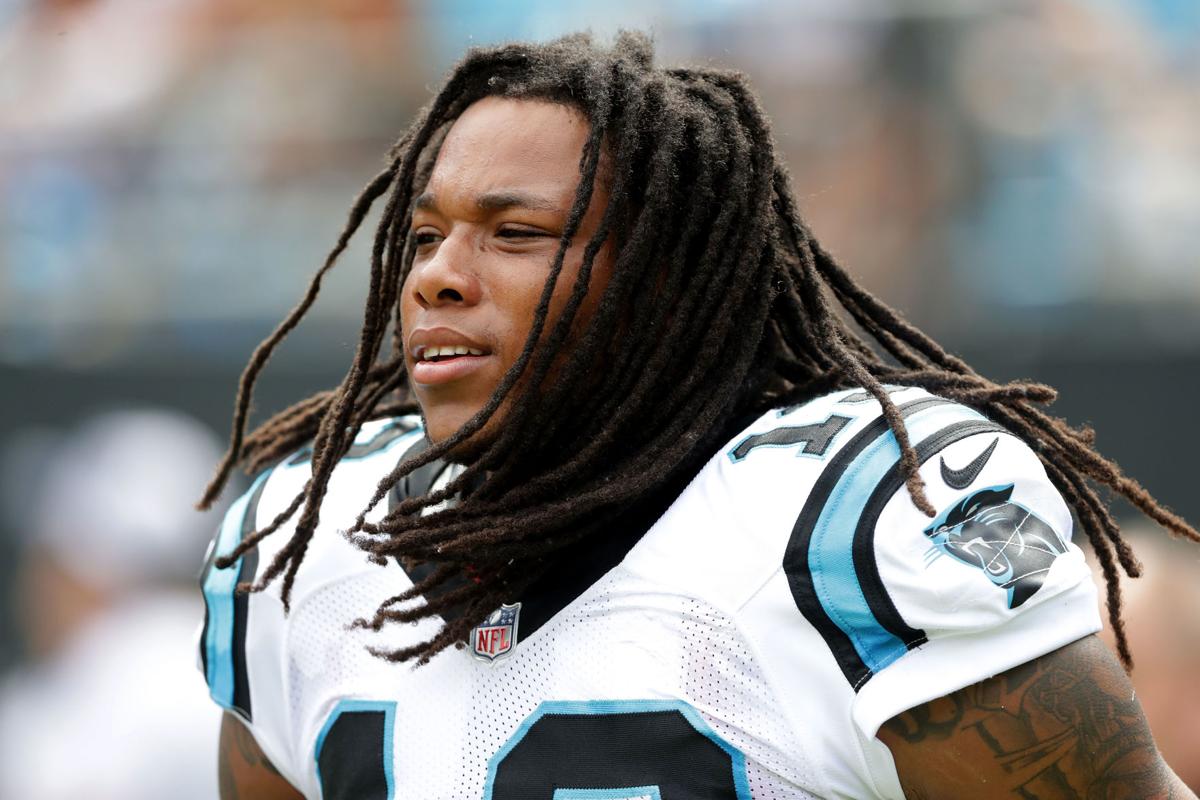 Kelvin Benjamin's debut for the Buffalo Bills will have to wait until Week 10. (Getty Images) 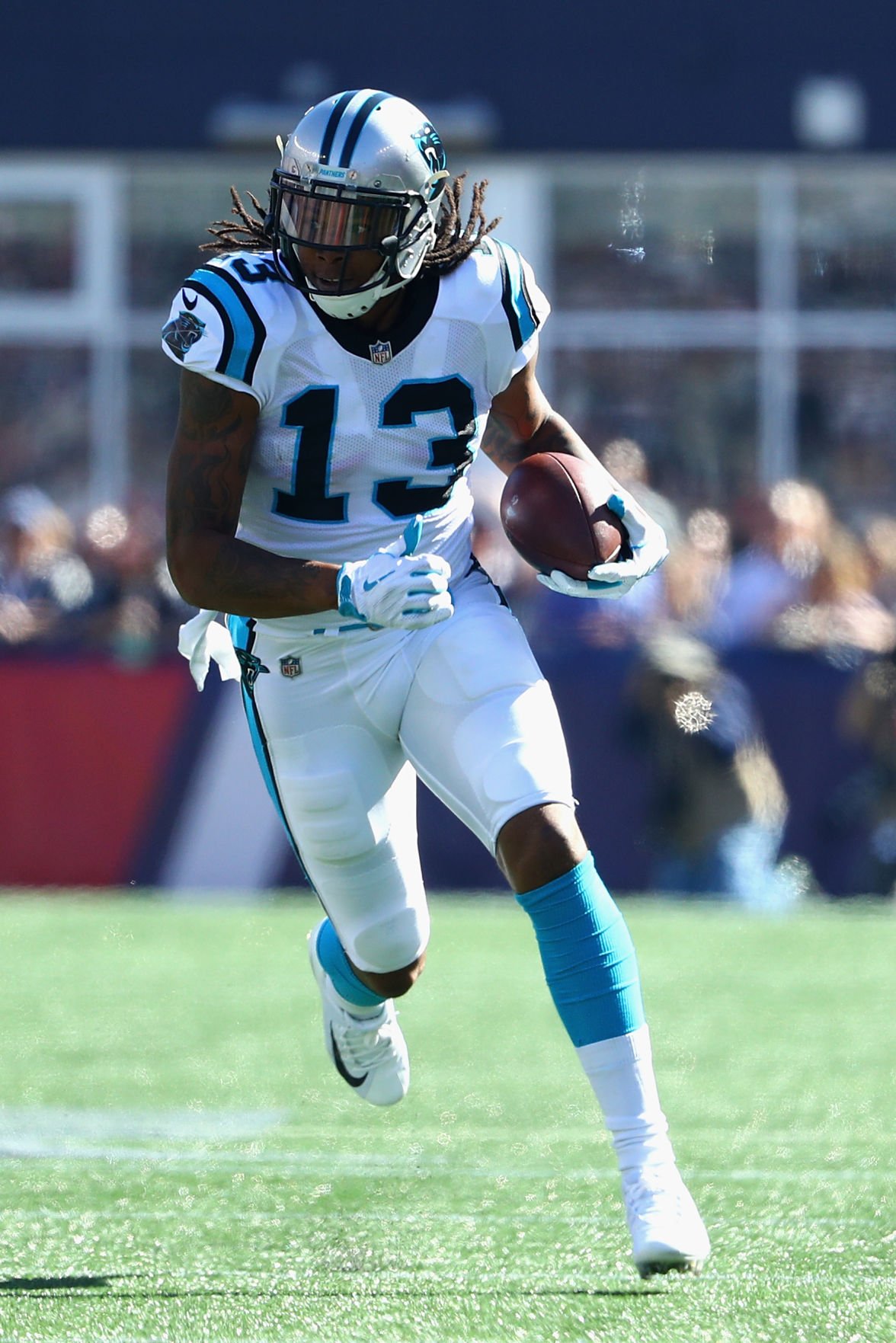 Bills GM Brandon Beane does not believe Kelvin Benjamin's weight has been an issue this season. (Getty Images)

The Buffalo Bills made a blockbuster move minutes before the NFL trade deadline of 4 p.m. Tuesday by acquiring wide receiver Kelvin Benjamin from the Carolina Panthers for third- and seventh-round picks in 2018.

The timing is reminiscent of the last major deal the Bills pulled off on Halloween: a three-way, 10-player transaction in 1987 that brought linebacker Cornelius Bennett to Buffalo and played a key role in a run to four consecutive Super Bowls.

General Manager Brandon Beane declared the trade, which became final Wednesday morning after Benjamin passed his physical, "a win for the Buffalo Bills." It was unknown Wednesday whether the receiver would be in the lineup for Thursday night's game against the New York Jets at MetLife Stadium, although the billsequipment Twitter account posted a photo Wednesday morning of a No. 13 jersey for Benjamin.

"You're always looking to make a move to win today and to win tomorrow, and I think this answers both of those," said Beane, who has made seven trades since the Bills hired him on May 9.

Benjamin does figure to provide a much-needed boost to a receiving corps that has lacked a clear No. 1 threat since Sammy Watkins was traded to the Los Angeles Rams in August. The Bills had signed veteran Anquan Boldin in August, but he retired after 13 days. With rookie Zay Jones and veterans Jordan Matthews, Andre Holmes, Deonte Thompson and Brandon Tate, the Bills had been without a difference-making pass-catcher.

Beane is convinced that, in Benjamin, they now have one.

Panthers GM Marty Hurney told reporters in Charlotte that Beane initiated the discussion about Benjamin with the Panthers, for whom Beane had been assistant GM before joining the Bills.

"Yeah, Marty and I talk every so often," Beane said. "We spoke a little bit (Monday) and then (Tuesday) morning via text, but I really didn't sense at (Tuesday afternoon's) practice that anything was going to go down."

Beane had told several reporters after Tuesday's workout that he did not expect any trade to be made before the deadline. However, he said that he later "circled back up" with Hurney shortly thereafter, around 2 p.m.

The third-rounder the Bills sent to the Panthers is an original Buffalo pick, while the seventh-rounder was acquired from the Los Angeles Chargers last July in exchange for quarterback Cardale Jones.

Benjamin's base salary for this year is $1 million. The Panthers had picked up the fifth-year option on Benjamin, making his cap hit next year $8.459 million next season if the Bills choose to keep him. The option is guaranteed against injury only.

The 6-foot-5, 243-pound Benjamin, who joined the Panthers as a first-round draft pick (28th overall) from Florida State, has 168 career receptions for 2,424 yards and 18 touchdowns. As a rookie, he set receiving records with the Panthers with 73 catches for 1,008 yards and nine TDs.

In eight games this season, all starts, he has 32 receptions — third on the team behind the 49 of rookie running back Christian McCaffrey and the 33 of receiver Devin Funchess — for 475 yards and two touchdowns.

He missed all of the 2015 season with a torn ACL suffered in training camp.

Bills coach Sean McDermott, who had been the Panthers' defensive coordinator the past six seasons, and Beane have great familiarity with Benjamin.

Asked what kind of player the Bills were getting in Benjamin, Beane said, "Fierce competitor, especially out there on the field. This guy's obviously very big for his position and he's tough. He took a big hit from (Bills safety) Jordan Poyer in our game in Carolina Week 2, and came back in that game. I didn't want him to come back, but he did come back.

"He's just a tough kid. ... I was deeply involved in Carolina in the scouting of him and, obviously, a part of the team that drafted him in Carolina, so I know him well. He'll fit in well with the guys that we have here. Obviously, (former Panthers on the Bills) Joe Webb, Mike Tolbert and Leonard Johnson known him personally and then some of the coaches. He's a blue-collar kid, he'll fit this town very well."

Still, there was talk among observers of the Panthers that, between knee problems and issues with his weight, Benjamin was inconsistent.

"I can't speak on if he's been inconsistent or not or what's going on in Carolina this year," Beane said. "But I know who the person is and I know the guys in the locker room will like him. He's tough, he's big, he's got great hands. He knows how to run routes. He can block. He's going to be way bigger than most of the corners he faces, so he'll help you in the run game there.

Hurney and Beane, who was Hurney's assistant in Carolina, collaborated on a trade that sent another wide receiver, Kaelin Clay, to the Bills for a late-round draft choice. Clay has since been waived by the Bills and re-signed with the Panthers.

To make room for Benjamin on their 53-man roster, the Bills waived running back Joe Banyard, whom they had signed after trading defensive tackle Marcell Dareus to Jacksonville last Friday.

Here are five things to know about Miami (Fla.) edge rusher Gregory Rousseau, selected by the Buffalo Bills in the first round, 30th overall, on Thursday.

The first half of the first round of the NFL draft went reasonably well for the Buffalo Bills, even though their three AFC East rivals had prime picks.

Vic Carucci: For Bills, drafting as the hunted is different

"Significant improvement through the draft becomes less necessary when you already have one of the top teams in the NFL. You're not pacing through the draft room or holding your breath, hoping a specific prospect falls your way."

Analysis: We have to trust Brandon Beane's crystal ball on Greg Rousseau

Rousseau will play physical, Mark Gaughan says. It’s easy to see him being an asset setting the edge against the run, a big priority for the Bills’ scheme.

Forfeiting the remainder of his college eligibility allowed Rousseau to sign with an agent, and the influx of money as he prepared for the draft allowed his mom  to leave her job as an ICU nurse in Florida at the height of the Covid pandemic.

Plenty of spots remained to be filled on the roster as the NFL conducts the second and third rounds of the draft Friday night.

Follow our team's live coverage of the final rounds of the 2021 NFL draft.

Second round mock draft: Bills shift their focus to the other side of the ball

Quarterbacks dominated the first half of the draft, with five going in the first 15 picks. Here’s how the second round may play out Friday night.

Kelvin Benjamin's debut for the Buffalo Bills will have to wait until Week 10. (Getty Images)

Bills GM Brandon Beane does not believe Kelvin Benjamin's weight has been an issue this season. (Getty Images)