Along with a visit from running back Devonta Freeman, whom they signed, the Bills got a visit from former Cowboys cornerback Chris Westry.

Westry suffered a knee injury in a Week 15 game against San Francisco on Dec. 19 and was placed on the reserve/injured practice squad list a week later. He had been with Dallas since signing as an undrafted free agent out of Kentucky following the 2019 draft. He spent his first season on injured reserve and spent most of this season on the practice squad.

He never missed a game in his college career, with 34 starts in 151 games, and registered 134 tackles. two sacks, 15 pass breakups and three interceptions.

Kicker Tristan Vizcaino is listed as taking part in a tryout with the Bills. The planned tryout was reported on Monday, but not listed until Tuesday. The former University of Washington kicker is 3-for-3 in his career, having made three field goals as a Covid-19 replacement for the 49ers late in the regular season. Vizcaino could potentially be signed as an emergency kicker, should Tyler Bass not be available. 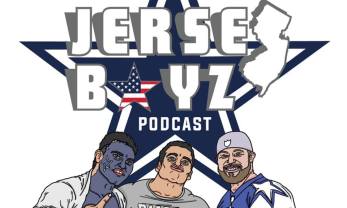 Joel Allen is recovering from the coronavirus and a bout with pneumonia that landed him in the hospital this month, according to the Los Angeles Times.

The way Brandon Beane saw it, his first-round pick was Stefon Diggs.

Report Card: Sean McDermott got schooled by his mentor in Bills' loss

Jay Skurski grades the Bills after their 38-24 AFC championship game loss to Kansas City at Arrowhead Stadium on Sunday.

'We still Billieve': Fans turn out at airport to welcome home Bills

Hundreds of Bills fans waited in frigid temperatures to greet the team at the airport.

The Chiefs took advantage of soft defense by the Bills and baffling decisions by Sean McDermott to settle for field goals.

"Here’s the good news for the Buffalo Bills. This was not a one-time thing. They’ll be back here again," writes Vic Carucci.

"Many fans who feared the Bills were about to lose one of the brighter coaching minds they’ve ever had can begin to exhale," writes Vic Carucci.

Josh Allen on family's battle with Covid-19: 'It's nothing to joke around with'

Buffalo Bills quarterback Josh Allen said his father, Joel, is recovering at home from a bout with Covid-19 and pneumonia.

"If there was any lingering doubt about the Buffalo Bills’ decision to pass on drafting Patrick Mahomes in 2017, it should be long gone by now," writes Vic Carucci.