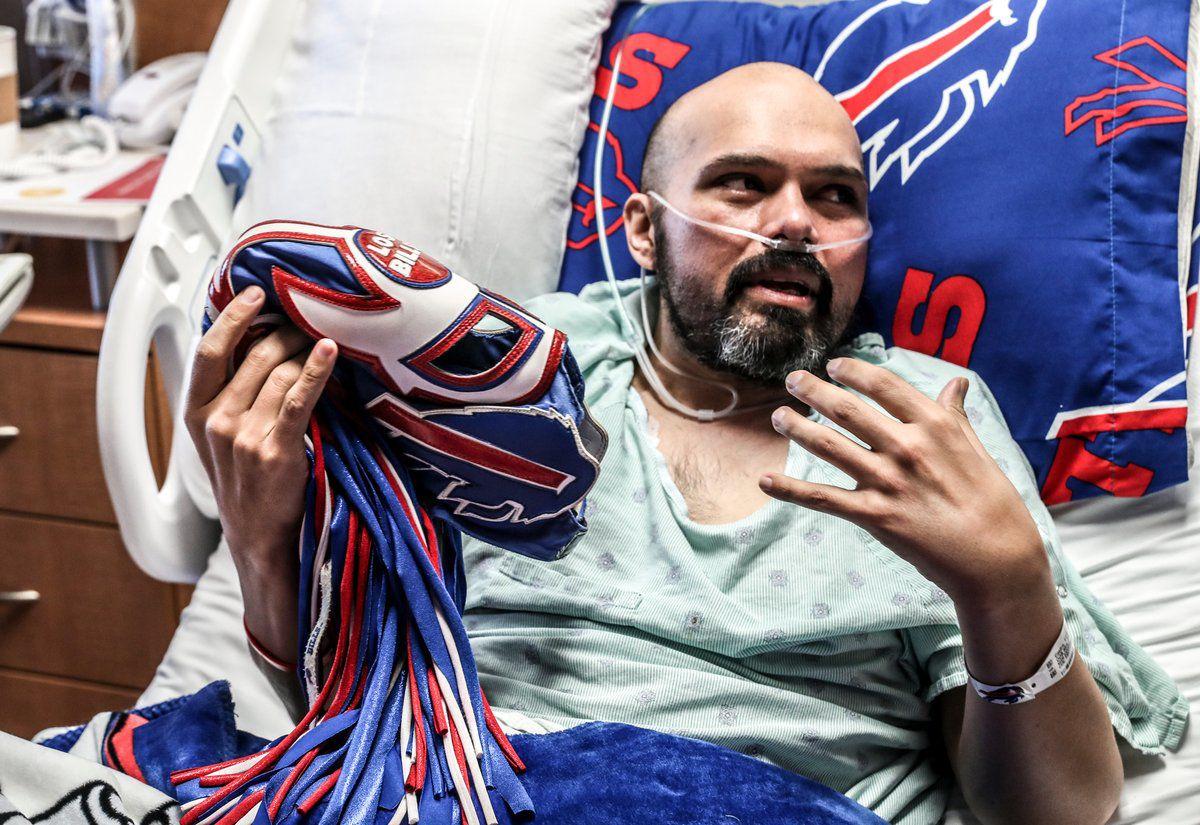 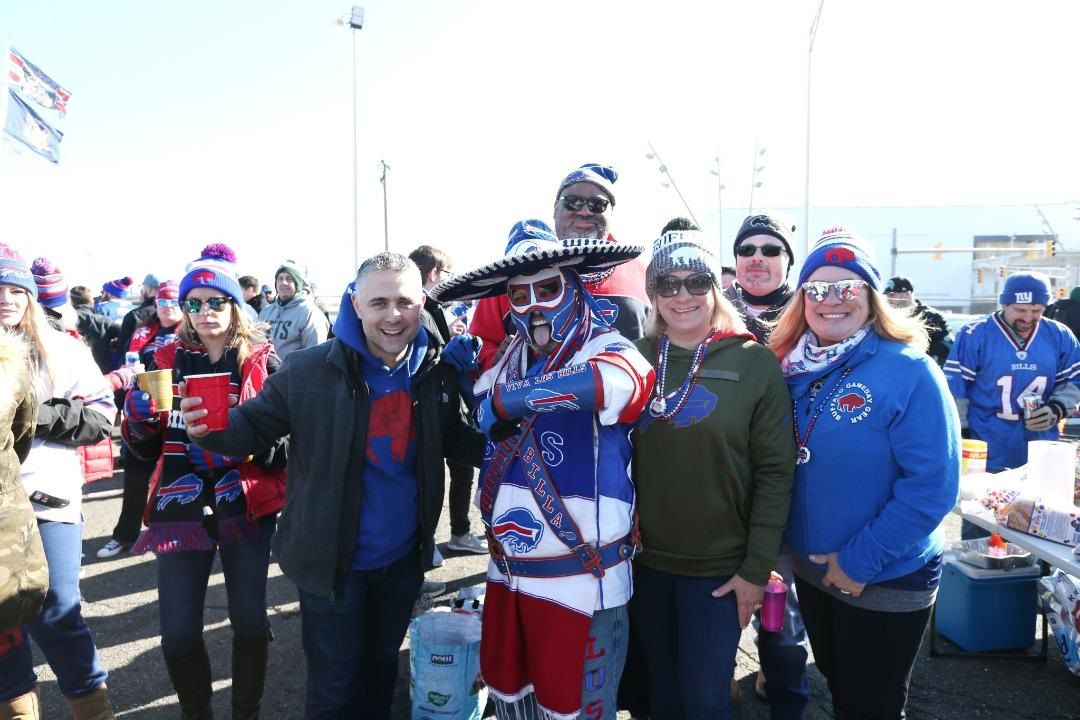 The hard news about Ezra Castro had just started moving Tuesday morning around Twitter when Brandon Beane’s phone began to buzz in Orchard Park. He glanced at the number and understood immediately what the call would mean.

It was Veronica Borjon, Castro’s longtime partner. She was calling the Bills general manager to tell him about the death of Castro, 39, who with his luchador mask and sombrero doubled as Pancho Billa, the Texas-raised Bills fan who emerged in recent years as the euphoric heart and soul of the nationwide #BillsMafia.

The fact that Borjon had Beane's direct line says everything about the unusual nature of this deep connection. Beane consoled Borjon – both as a friend and on behalf of the organization – then reached out to head coach Sean McDermott once the call was over.

A Bills fan through-and-through, and an inspiration to us all.

Beane and McDermott both spoke of their admiration for Castro, for “the way he fought it and stayed so positive for such a tough deal,” as Beane put it. Castro, a father with two young kids and a successful career as a mortician, “never made it about himself,” Beane said, beginning with the moment 18 months ago when Castro learned he had a massive tumor wrapped around his spine.

Throughout his treatment and even as he went into hospice care, Castro kept turning the focus to his family, to his fellow Bills fans and especially to the team itself. In 2018, the Bills surprised him during the National Football League draft in Arlington by allowing him to announce that Harrison Phillips was their third round choice, an instant of high emotion that put him in a national spotlight.

Phillips quickly became a friend who often corresponded with Pancho Billa by text. Last week, Castro received a visit at his Dallas hospital room from Ed Oliver, Buffalo’s first choice in last month’s draft, a choice Castro helped relay through the administrative chain by telephone from his hospital bed.

Oliver, moved, texted Beane to tell him of the meaning of stopping by the hospital. Beane said he shifted footage of Castro making the call onto his own computer drive, so he will have ready access to it, forever.

When Beane saw Oliver a few days ago, the first-round pick was still wearing a “#PanchoPower” bracelet.

Both Beane and McDermott grew to know Castro well, and they both have favorite memories. McDermott, who remembered how Castro always promised – with fervent loyalty – "to pass the torch on to his kids," said he will never forget the moment last year when Castro talked to the players at a New Jersey hotel, just before the Bills rolled over the New York Jets, 41-10.

From where he was standing, McDermott could see Castro entering the hotel and observe him approaching the room, and McDermott spoke of “the excitement I felt for him, being able to address the team.”

The head coach watched closely as Castro reflected about the similarities between wearing and removing a helmet or a mask, and McDermott noticed how Castro's talk about gratitude – about the everyday trials faced in life in different ways, by everyone – subtly turned the tables, bringing the players in around him as he finished speaking.

He's an inspiration to so many and it's a moment we'll never forget.

McDermott and Beane were still working through the loss Tuesday when they paused to speak of Castro. They said it was far too early to think of exactly how the team will honor Pancho Billa in a season that includes a Thanksgiving game against the Cowboys in Arlington, a game that Castro – who grew up surrounded by Cowboys fans – dreamed he would be able to attend.

Certainly, McDermott said, the Bills will carry his memory into the season, and he said he was sure Castro, in some way, "will still be watching us very closely."

As for Beane, he met Castro for the first time last summer, on the sidelines during training camp at St. John Fisher College. He said he reached out to shake hands and that Castro, in a typical moment of raw exuberance, grabbed Beane’s hand and pulled him in for a full-blown hug.

With the wrong guy, in the wrong moment or situation, Beane might have seen it as too much.

Yet he could tell every iota of that hug was genuine, electrified by utter happiness, which is why the sorrow was so deep Tuesday at One Bills Drive.

Can the 26-year-old tackle put together back-to-back good seasons? A lot of money is riding on that question.

Quarterback guru Jordan Palmer posted a series of videos on Instagram in which Allen looks noticeably bigger, not to mention with longer hair and beard thanks to quarantine conditions.