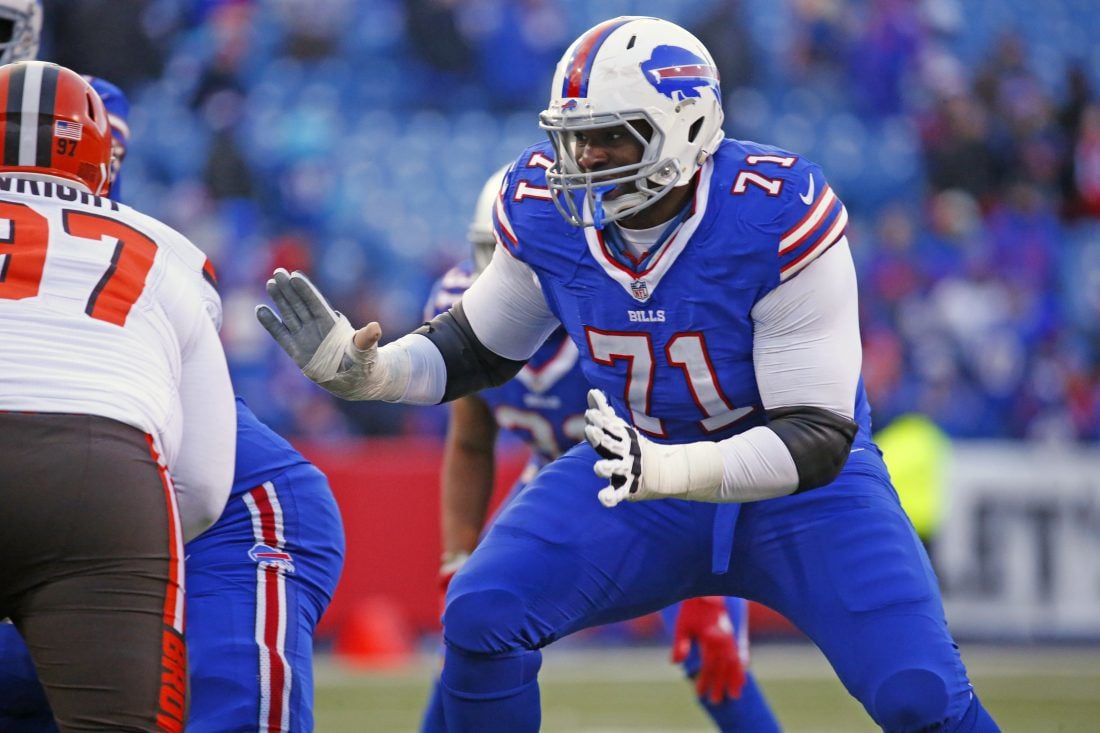 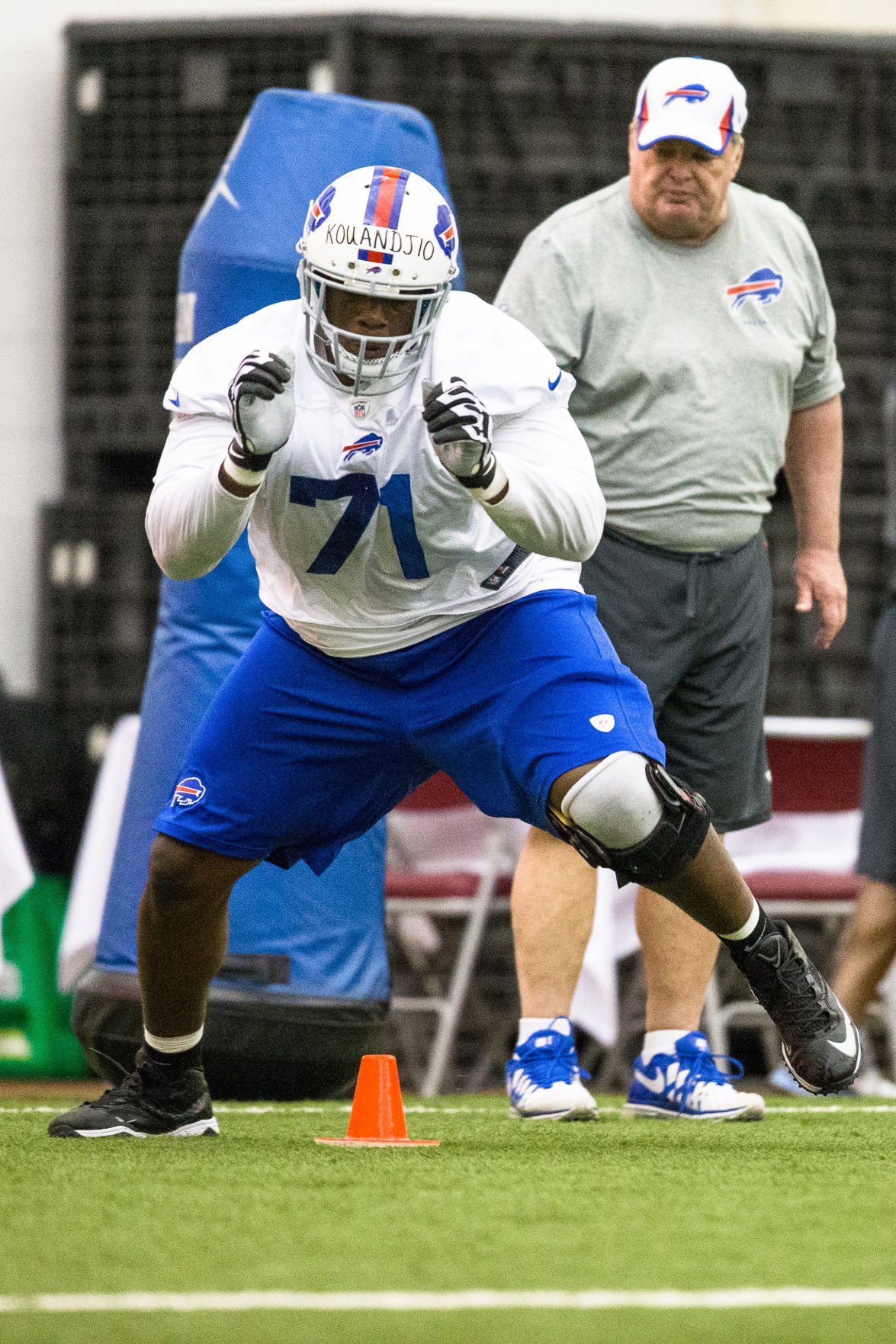 Buffalo Bills offensive tackle Cyrus Kouandjio was involved in a bizarre incident Wednesday morning with police not far from the scene of an accident Tuesday on Route 400 in Elma, The Buffalo News learned.

Kouandjio was not arrested, but taken to Erie County Medical Center for observation.

Kouandjio was found in a T-shirt without pants, but wearing underwear, wandering in a field after climbing over an electric fence, authorities said. When an Erie County Sheriff's deputy went to detain him, a police source said that the 6-foot-7, 322-pound Kouandjio yelled, "Shoot me!"

The football player initially parked his vehicle on the shoulder of the northbound lanes of the 400 and climbed over a guardrail to gain access to a farmer's field in the vicinity of Rice Road and Dellwood Drive, a second police source said, adding:

"He was acting real confused, but he was no threat. Patrol deputies determined he was Cyrus Kouandjio."

A farmer called 911 at about 9:30 a.m. Wednesday to report there was "large man" roaming around one of his fields.

That section of the 400 had been closed for about 12 hours following a serious two-vehicle collision at 10:23 p.m. Tuesday. The roadway reopened at 10 a.m. Wednesday, some 30 minutes after several deputies responded to the 911 call involving Kouandjio.

ECMC on Thursday declined to say whether Kouandjio was still at the hospital.

Kouandjio was not at the Bills' minicamp practice Thursday at the AdPro Sports Training Center.

"We are aware of the matter involving Cyrus and are carefully monitoring his condition and gathering more information," the Bills said in a statement. "We don't have all of the details, so we won't have any further comment at this time."

Police were not initially aware of Kouandjio's identity, the first police source said. When the player's vehicle was found abandoned, a search was conducted and Bills gear was discovered, according to the same source. A check of the license showed the vehicle was registered to Kouandjio.

The first police source said that deputies suspected Kouandjio pulled off Route 400 when he saw the flashing lights from police and emergency vehicles on the scene of the accident, and then went into the field on foot.

Three questions: What does the blowout win say about the Bills' defense?

It’s looking like the Bills will not have to rely on their offense to be dominant every week – as they did in many games last season. The Bills are looking like a more well-rounded team than last year.

How we see it: News predictions for Bills at Dolphins in Week 2

News Sports writers predict the outcome of Sunday's Bills-Dolphins game at Hard Rock Stadium in Miami, Fla. The Bills are a 3.5-point favorite.

The day after his aunt's funeral, Zack Moss ran for two fourth-quarter touchdowns in the Buffalo Bills' 35-0 victory over the Miami Dolphins.